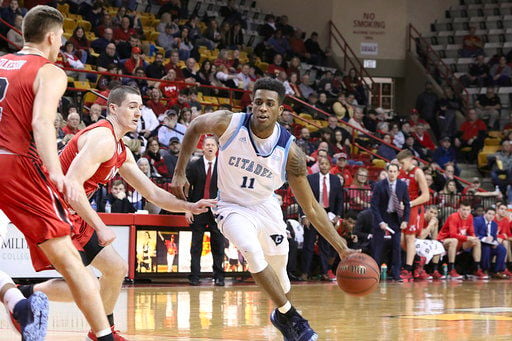 The Citadel's Kaiden Rice (11) will transfer to Georgetown to play for coach Patrick Ewing. Citadel Athletics/Provided 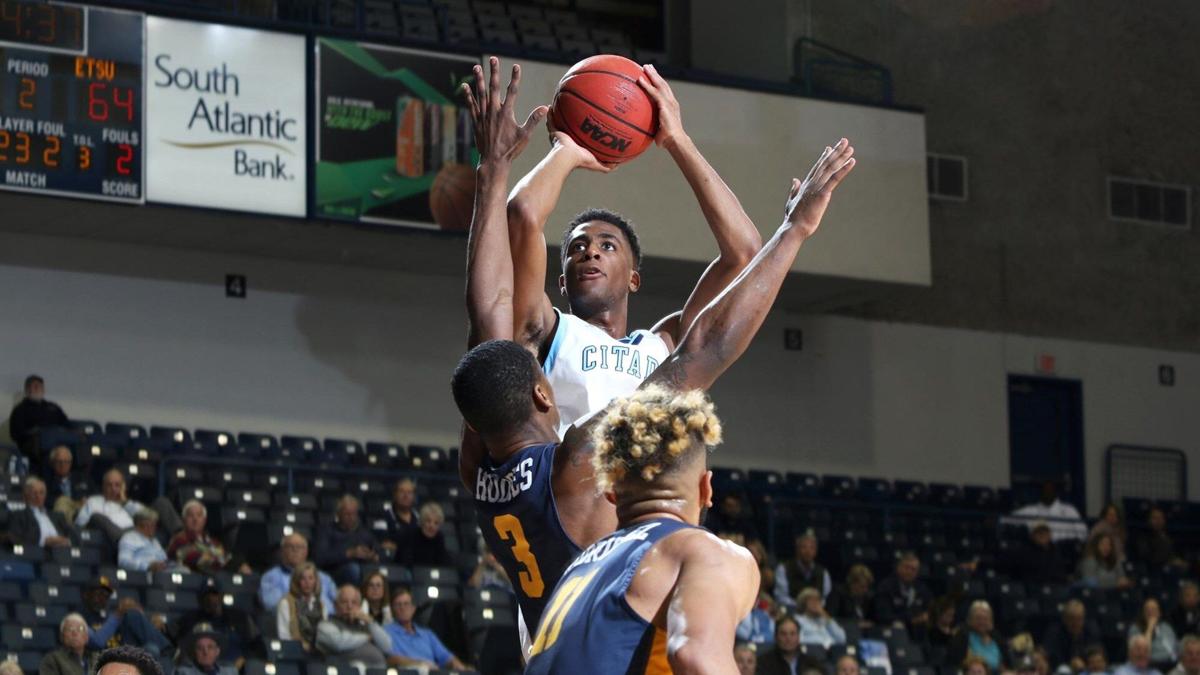 The Citadel's Kaiden Rice will transfer to Georgetown to play for coach Patrick Ewing. Citadel Athletics/Provided

The Citadel's Kaiden Rice (11) will transfer to Georgetown to play for coach Patrick Ewing. Citadel Athletics/Provided

The Citadel's Kaiden Rice will transfer to Georgetown to play for coach Patrick Ewing. Citadel Athletics/Provided

When The Citadel's Kaiden Rice announced his top eight schools for a possible transfer on March 31, Georgetown University was not among them.

But a call from basketball legend Patrick Ewing is hard to resist.

Rice, a 6-7 shooting guard who will graduate in May from The Citadel, committed over the weekend to play for Ewing at Georgetown, a member of the Big East Conference and one of the more storied programs in college basketball.

"It's hard to pass up being coached by one of the legends of NBA history in Patrick Ewing," Rice said. "He has endless connections, and playing in the Big East, it's hard to turn Georgetown down. And it's a really prestigious academic school as well.

"So it sets me up not only for professional basketball, but after that as well."

Rice had no lack of suitors in the transfer portal after averaging 17.6 points and shooting 34.8 percent from 3-point range for The Citadel last season. Among the schools he was in contact with were Butler, Arizona, Alabama-Birmingham, Loyola-Chicago, Duquesne, South Florida, William & Mary and South Alabama.

Rice said Ewing, a basketball Hall of Famer who led Georgetown to three NCAA championship games and played 17 years in the NBA, called him after he released his list of possible schools.

"He called me and then we set up a Zoom time, and he introduced himself and laid out how everything would be," Rice said. "My goals and aspirations are to get to the NBA and not just play professional basketball, and I feel like this is the best possible way for me to do that."

Rice said he will study sports management at Georgetown and is grateful for his time at The Citadel with coach Duggar Baucom.

"That's a relationship that will never be broken," Rice said. "I appreciate everything Coach Baucom has done for me. I gave my all for four years, and it was unexpected to get this extra year of eligibility. We're going to try to take advantage of it."

At Georgetown, Rice will join a team that includes his former teammate at Ridge View High School in Columbia, 7-0 sophomore Malcolm Wilson. The Hoyas went 13-13 overall and 7-9 in the Big East last season, winning four straight games in the conference tournament to claim an NCAA Tournament bid.

Rice's teammate at The Citadel, Hayden Brown, has announced that he will return to The Citadel next season. A 6-5 forward, Brown averaged 18.8 points and 10.5 rebounds while making first-team all-Southern Conference last season.