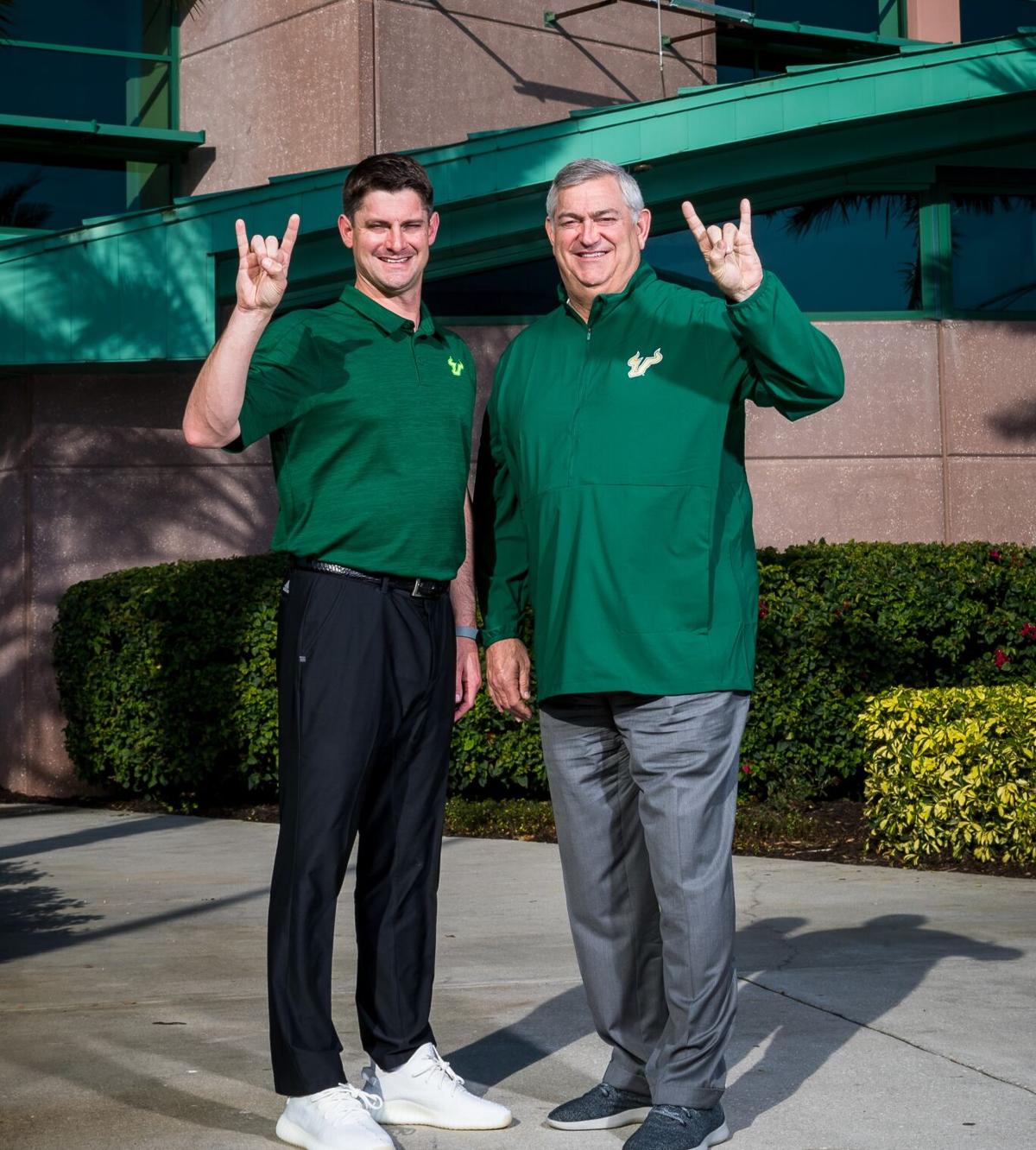 South Florida head coach Jeff Scott and his father, Brad Scott, both spent some time at The Citadel. Provided/USF Athletics 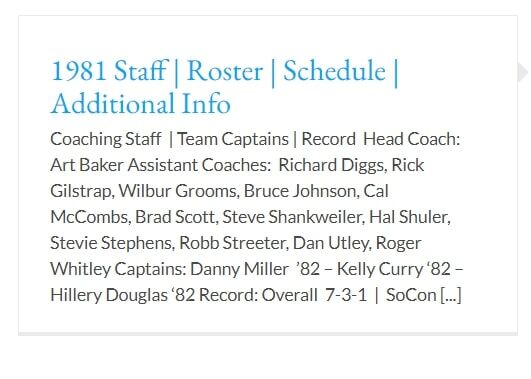 The Citadel football staff in 1981.

A check for $250 and one long-distance phone call.

That was Brad Scott's monthly remuneration for his first job in college coaching, as a graduate assistant at The Citadel in 1981.

"It was $250 a month and one phone call, whether you needed it or not," Scott says with a laugh. "Times were tight back then."

Scott was a 26-year-old just starting out in coaching, and his son Jeff was a one-year-old toddling around the practice field. His wife, Daryle, worked as a court reporter in Charleston.

"She was having to support us both," Brad Scott said.

What a difference 40 years makes.

On Saturday, Jeff Scott will make his head-coaching debut as South Florida hosts The Citadel. Brad, who went on to coach at South Carolina and Clemson, will be working for his son as the "chief of staff" for Bulls football.

Nobody knows that better than the 65-year-old Scott, who went from head coach at South Carolina to right-hand man for Dabo Swinney at rival Clemson. When Jeff Scott, the co-offensive coordinator for Clemson, was hired at South Florida last December, his father came along to help him rebuild USF football.

That completed yet another circle for Brad Scott, who is from nearby Arcadia, Florida.

Brad Scott was 26 and dreaming of a career in college football when he met Citadel coach Art Baker at a Fellowship of Christian Athletes conference in Black Mountain, N.C. Scott needed a job and Baker had one open, as a graduate assistant on offense.

The hours were long and the pay meager, but there was one fringe benefit for a young husband away from his wife and new son.

"Coach Baker would sneak me into his office and let me make a phone call when I needed to," Brad Scott said.

Scott took classes at The Citadel and helped coach the Bulldogs through spring practice before Daryle and Jeff, born the previous December, joined him in Charleston. They took a small apartment in West Ashley, and assistant coach Rick Gilstrap (who went on to be head coach at Wofford) picked Brad up every morning and dropped him off at night so Daryle could use the family's one car.

"We worked long hours," Scott said. "I remember Coach Baker loved tennis. So he'd get us all situated in the morning, and then go sneak in a tennis match, go to the house for lunch and take a cat nap. Then he'd come back full of energy and keep us there late into the night. He was a great man, and it was a great experience working for him."

Much of the graduate assistants' responsibility was breaking down film. Back then, game film had to be delivered to Williams-Brice Stadium in Columbia to be developed by South Carolina's staff. For a night game at The Citadel, that meant an all-night odyssey for the unlucky GA.

"After the game, the GA would take the film to the stadium in Columbia, where they had their video room," Scott said. "Of course, you had to wait for them to do South Carolina's film first, and then they'd do The Citadel's film. You'd stay there while they did it, and then bring back three copies of the film. And of course, the coaches are waiting for you impatiently the whole time. Those were some long nights."

That fall, Daryle and young Jeff attended the home games at Johnson Hagood Stadium as the Bulldogs went 7-3-1, going 5-0-1 over the last six games with wins over Wofford and Furman.

"We didn't miss a game, we were so excited to be a part of it," Scott said. "Coach Baker's wife was a tremendous host and made sure all the wives were involved, and treated us just like the other coaches. We'd always have a get-together after the games, and those are great memories."

Scott coached just one season at The Citadel, returning to Arcadia to take over as football coach and athletic director at the high school. Then it was on to Florida State and a career that included five seasons as head coach at South Carolina and 20 years at Clemson.

At South Florida, Brad Scott is listed as "Chief of Staff" for his son. That staff includes 32 people working for football, according to the USF staff directory (The Citadel has 15).

The job is really not much different than what Scott did for Swinney at Clemson in recent years.

"That's the title they gave me here," Brad Scott said. "And of course, we have a much bigger staff than we used to in the old days. I sort of oversee the daily operations and make sure things are running right.

"A big part of what I do is insulate Jeff, try to take care of things that are going on in the program that he maybe doesn't need to take on during the season."

"When I was a head coach, I took every phone call," he said. "Every little issue that came up, things on campus or with parents, or even good things like dealing with tickets. I just remember spending so much time dealing with things that took my attention from what I was being paid to do, which is coach football."

Jeff Scott said it's a dream come true to have his father by his side.

"My dreams were to grow up to be just like him," Jeff said. "I'm so happy and pleased that my opportunity to coach is 85 miles from where he was raised and where our family is from. It's very special."

A recent video showed Brad and Daryle visiting their new grandson, Hunter, for the first time. At the behest of her parents, little Savannah Scott pretended she was carrying her baby brother. She then dropped what proved to be a doll to the floor as she ran to greet her terrified grandparents.

"Jeff's still in trouble with my wife," Brad Scott laughed. "We were really excited to see Hunter, and here comes Savannah. You are thinking, 'She's already carrying her brother?' And the Savannah pulled that little stunt.

"Who in the world would do that to their parents?" he said. "Daryle told Jeff, 'You'd better sleep with one eye open, because I'm going to get you.' A lot of people laughed at that one."

Of course, little Hunter is fine, and on Saturday should be able to attend his first football game — against The Citadel.

Wanted to share this video of my parents coming over to my house today to see Hunter for the first time...our daughter Savannah wanted to help.... pic.twitter.com/iFIPSb4tZH

THE CITADEL AT SOUTH FLORIDA