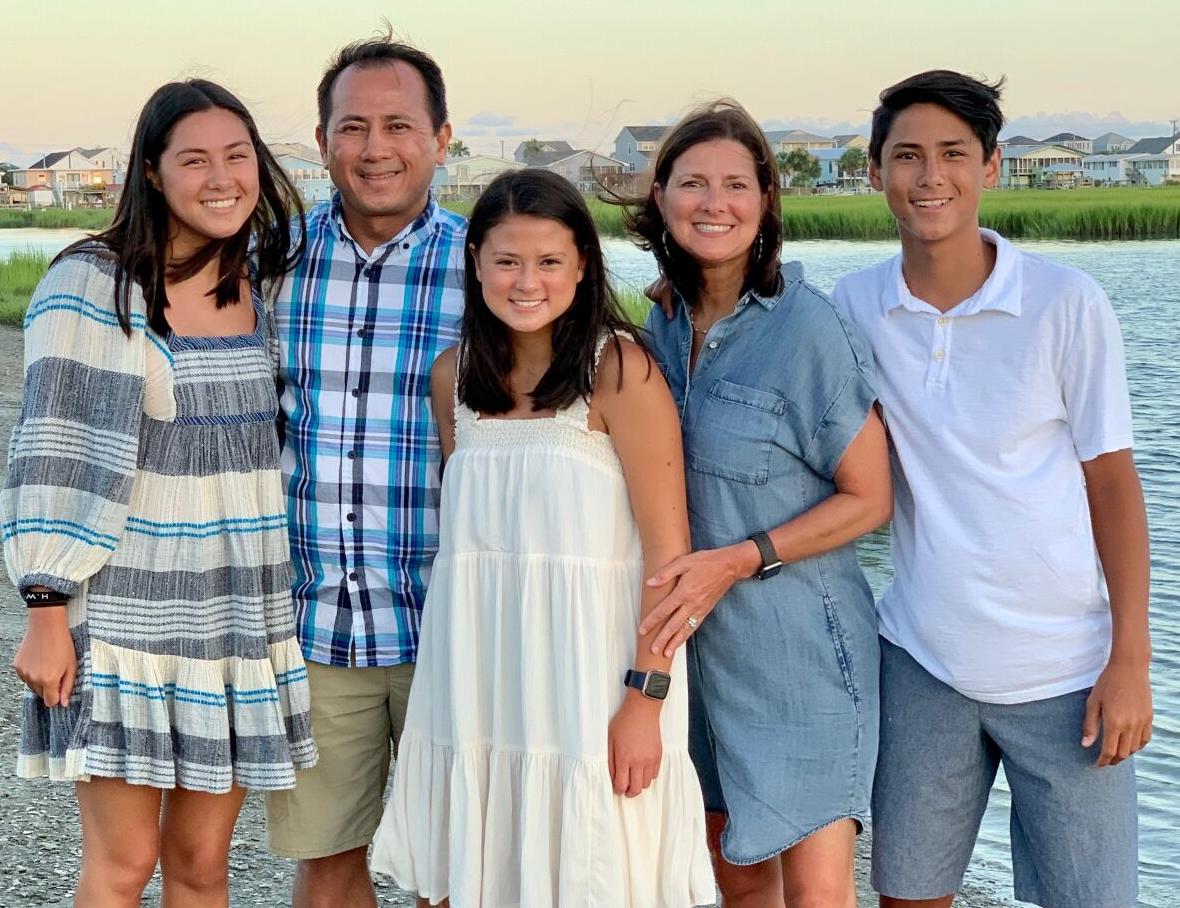 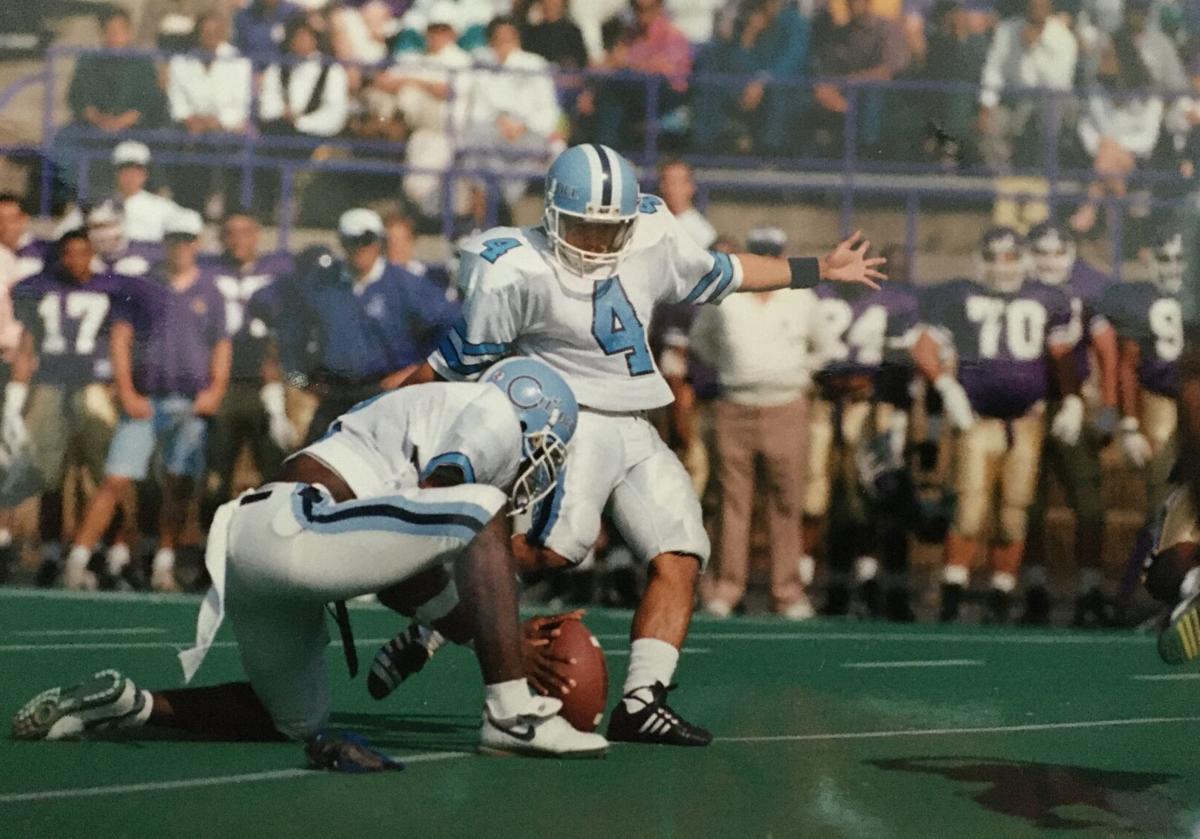 By the time he lined up for that 37-yard field goal at Army, Jeff Trinh had already:

With all that life experience behind him, a game-winning field goal in a swirling rain, before 37,000 fans at Army West Point's historic Michie Stadium, with an undefeated Citadel team trailing by two points because he missed an extra point, was no problem.

"I was very nervous," Trinh recalls. "But I was so focused because I knew I had to hit that thing to make up for my miss."

When his kick sailed through the uprights with 2:47 left in that 1992 game, Trinh thrust both his arms in the air and sprinted back towards The Citadel bench. The Bulldogs would beat Army 15-14 for their second straight win over the Black Knights and their sixth victory over an FBS (then Division I-A) team in seven tries.

"This is," Trinh said outside a jubilant locker room, "the happiest moment of my life."

With The Citadel set to play at Army West Point again on Saturday for the first time since 1994, chances are that somebody might remember Jeff Trinh's name this week and his role in one of the biggest wins in Bulldogs' history. Wins against Army in 1991 and 1992 are part of the eight victories over FBS teams (the latest was last year's 27-24 win at Georgia Tech) that make up a large chunk of Citadel lore.

"It was a huge part of my life, but I don't really think about it unless I run into some alumni," Trinh says now. "But that happens sometimes. So when somebody brings it up, that's when I think about it. But that was a special day, and a special year."

What are some of your favorite moments from the past games against Army West Point?How about Jeff Trinh's game-winning field goal in 1992?#FireThoseCannons | #BeatArmy pic.twitter.com/MvMCU0e76s

Trinh's American journey is remarkable, even without that kick.

He was born in Saigon, Vietnam, in 1972, his parents struggling under the communist regime that took over after the Vietnam War. In 1979, his father used 10 bars of gold and all his possessions to bribe his family's way on to a boat packed with refugees heading across the Gulf of Thailand to Malaysia. The boat was at sea for four days and three nights. Most boats that attempted the trip did not make it.

After a year in a refugee camp in Malaysia, the Trinh family was sponsored to immigrate to the U.S. by members of the First Scots Presbyterian Church on Meeting Street in Charleston. Jeff, whose original name is Hung Trinh, was 7 years old and the oldest of three siblings.

"When we arrived in the States, I didn't speak a lick of English," Trinh said. "They threw me in school and I just basically had to go in and assimilate as quickly as I could. When you are that young, you pick up the language a lot easier."

For The Citadel and Army West Point, not many secrets between coaching staffs

To help the family assimilate, a woman from the church assigned them American names: John and Cindy for his parents, and Jeff, Peter and Joy for the kids. Another daughter, Laurie, was born after the family moved to the United States.

John Trinh worked as a painting contractor and Cindy ran a restaurant called Sakura Japan on Market Street. They became U.S. citizens in 1984 and are now retired and living in Ladson.

"My parents always impressed on us and reminded us of where we came from and what we risked to come here," Jeff Trinh said. "And once we got here, all the freedoms and opportunities we had, and what we sacrificed for those."

'We need a kicker'

At Stall High School, Trinh excelled academically and played only soccer until his junior year, when the football coach found himself in need of a kicker.

"It was that old story where the football coach says, 'We need a kicker,' and goes to the soccer team to find one," Trinh said.

Trinh, then 5-foot-6 and 150 pounds, kept the football news from his parents for three months, letting them believe he was at soccer practice. But he was good enough at kicking a football to draw the attention of The Citadel and then-coach Charlie Taaffe.

Taaffe had a proven kicker returning in 1992. But when that player didn't report back to school (he apparently missed his girlfriend), Trinh was the starting kicker on a team loaded with seniors such as Hall of Fame quarterback Jack Douglas, All-American safety Lester Smith and five starting offensive linemen, not to mention star junior fullback Everette Sands.

"That 1992 team was an incredible experience to be a part of, especially since that was the first year I got to play," Trinh said. "We were riding so high after beating Arkansas in our first game of the season. I was definitely nervous as a freshman on that team.

'He saved our lives.' The story behind Citadel football's Vietnam memorial

"That team was so close, the seniors led the way and we just followed along," he said. "They were so confident, and that group had beaten South Carolina and Army and Arkansas. We had some studs there for sure. Playing at Army was tough, but we had a lot of confidence."

But All-American fullback Everette Sands was playing with a heavy heart. He had attended the wake for his grandfather, Elijah Jordan, the night before the game, then flew to New York for the game on the day of the funeral. Coach Taaffe's wife, Jan, picked him up at the airport and drove him to Michie Stadium. Sands would run 30 times for 173 yards and a 44-yard touchdown.

Another hero emerged when QB Douglas went down with an ankle injury early in the third quarter. Backup quarterback C.J. Haynes also had been hurt, but got the last seat on the team plane to New York because a coach's wife was pregnant and could not fly.

Haynes came off the bench to go 7-of-7 passing for 100 yards and rush for 24 yards on six carries. On fourth-and-5, he completed a 9-yard pass to Cornell Caldwell to keep the game-winning drive alive.

"I actually missed an extra point earlier in the game on our first touchdown," he said. "So when we scored our second touchdown, we had to go for two to make up for that. And we didn't get it.

"So I was feeling guilty at that point. To get a chance to redeem myself, it was perfect. If I didn't get that chance, it would have been a long ride home."

His grandfather fought for the U.S. in Vietnam. Citadel's Class of '64 paid him back.

Today, Trinh is 48 years old and owns his own business, Storm Guard Roofing and Contracting in Kernersville, N.C. He met his wife, Barbara, when he was a fifth-year student at The Citadel; she was a young teacher at Stall High School, and he subbed for her class one day.

The Trinhs have three children, one in college and two in high school. Jeff's son, Elliot, plays soccer and kicks for the football team at his high school, just like his dad (and uncle Peter Trinh) did at Stall.

"We were blessed to even survive the journey and to arrive in America," Jeff Trinh said. "My father and his family had the courage to get us over here and took a lot of risks, and we were so grateful to arrive in the States.

"And then to have the chance to go to The Citadel and get an amazing education and play a wonderful game, it was fantastic. It's a blessing to be part of that brotherhood and that network."

THE CITADEL AT ARMY WEST POINT