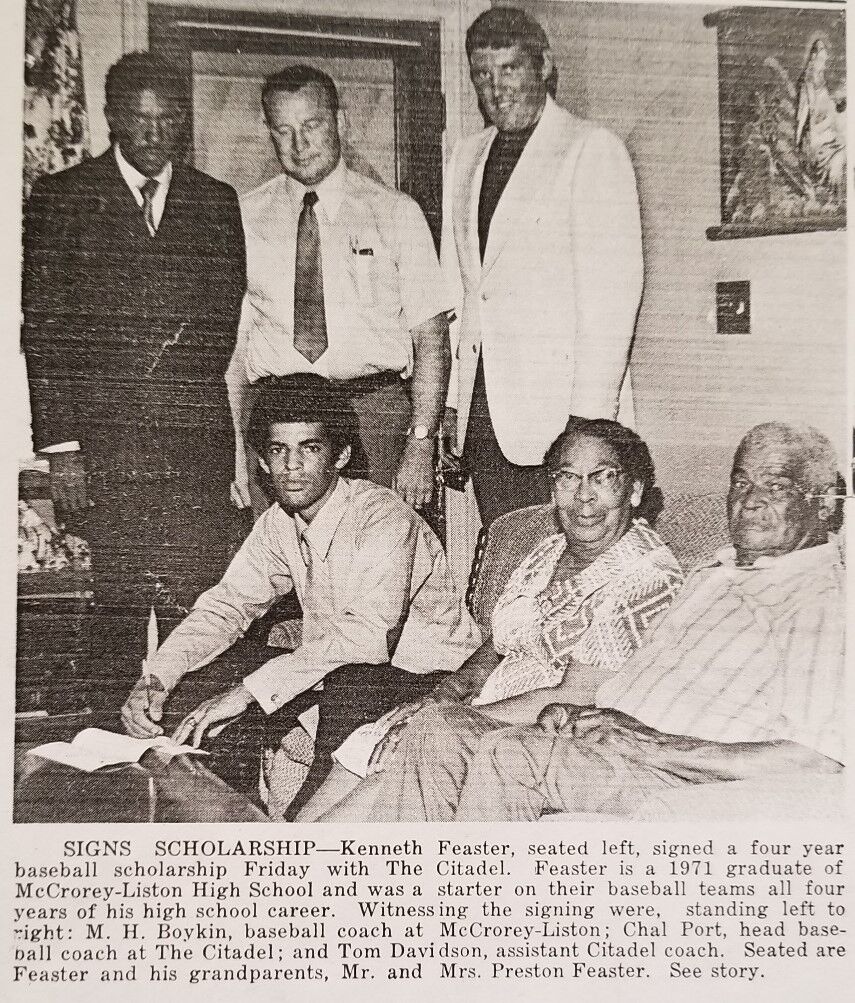 A newspaper photo from the Chester News and Reporter when Ken Feaster signed to become the first Black baseball player at The Citadel. Provided 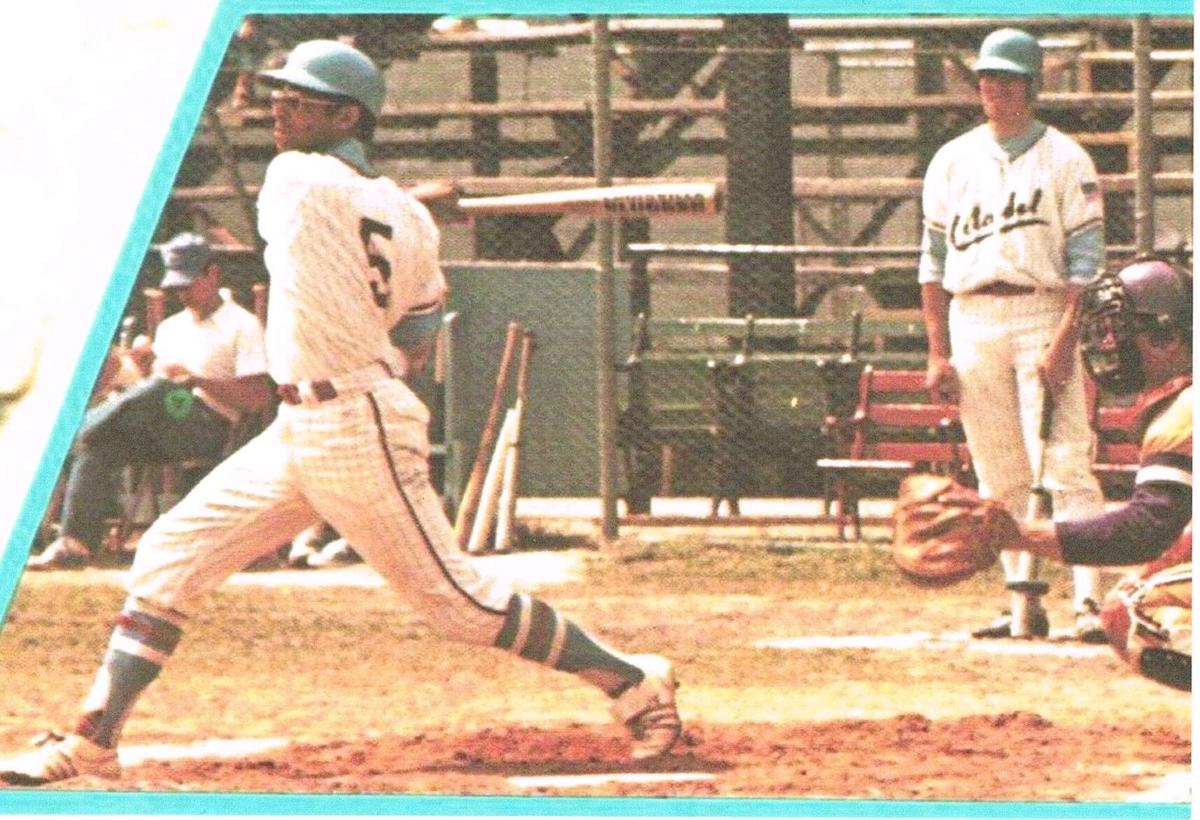 Ken Feaster was the first Black baseball player at The Citadel, playing from 1972-75. Provided 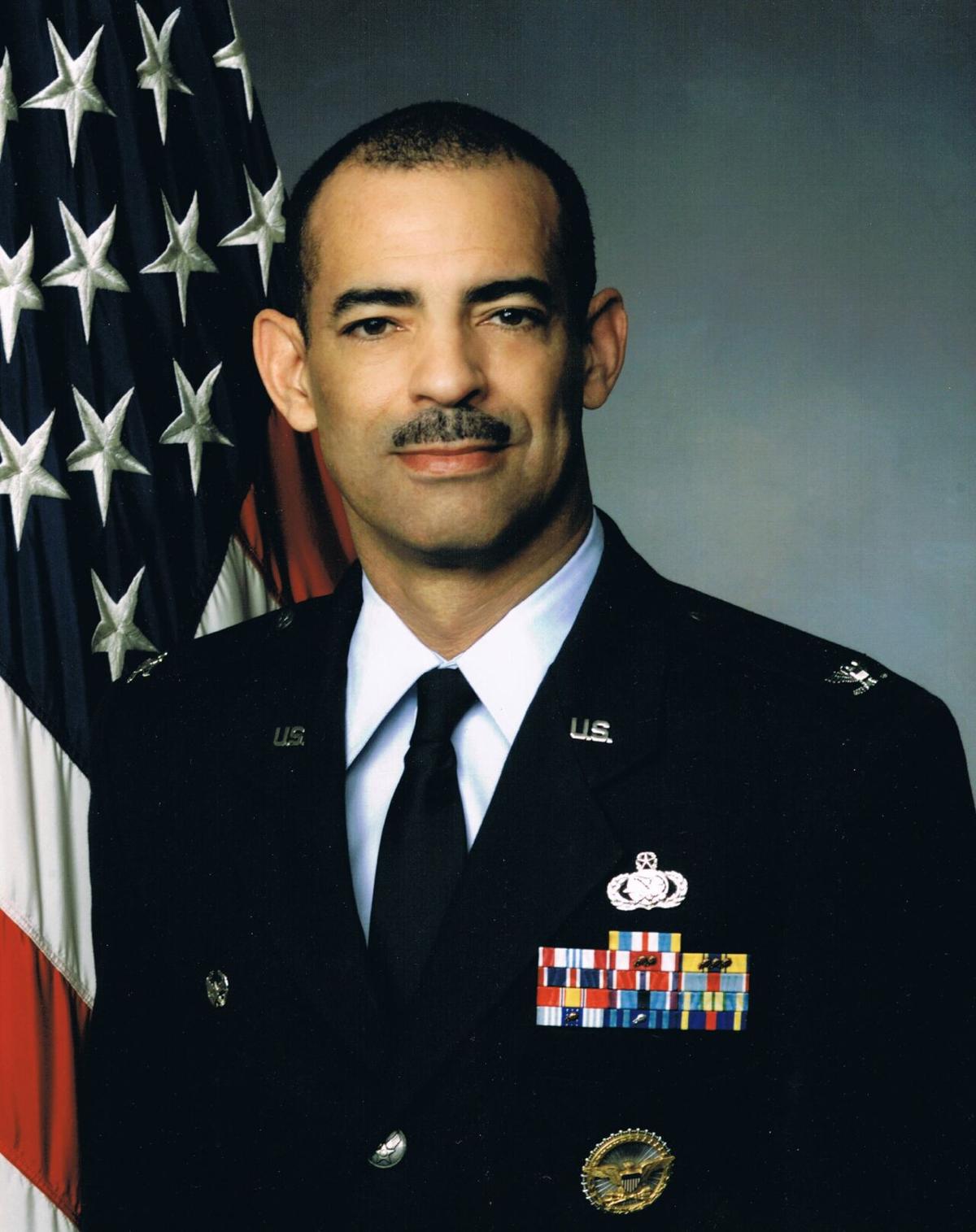 Ken Feaster was the first Black graduate of The Citadel to be promoted to colonel in the Air Force. Provided 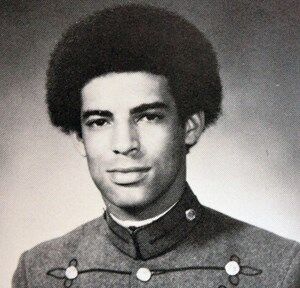 Ken Feaster, a 1975 graduate of The Citadel, was the Bulldogs' first Black baseball player. Provided 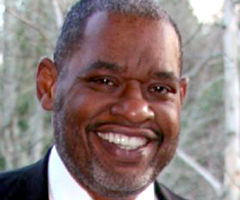 Norman Seabrooks was the first black football player at The Citadel in 1969. 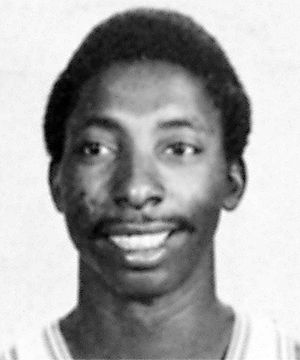 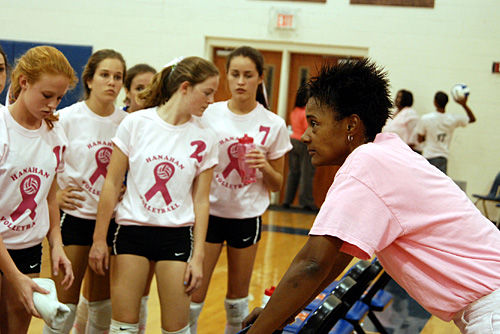 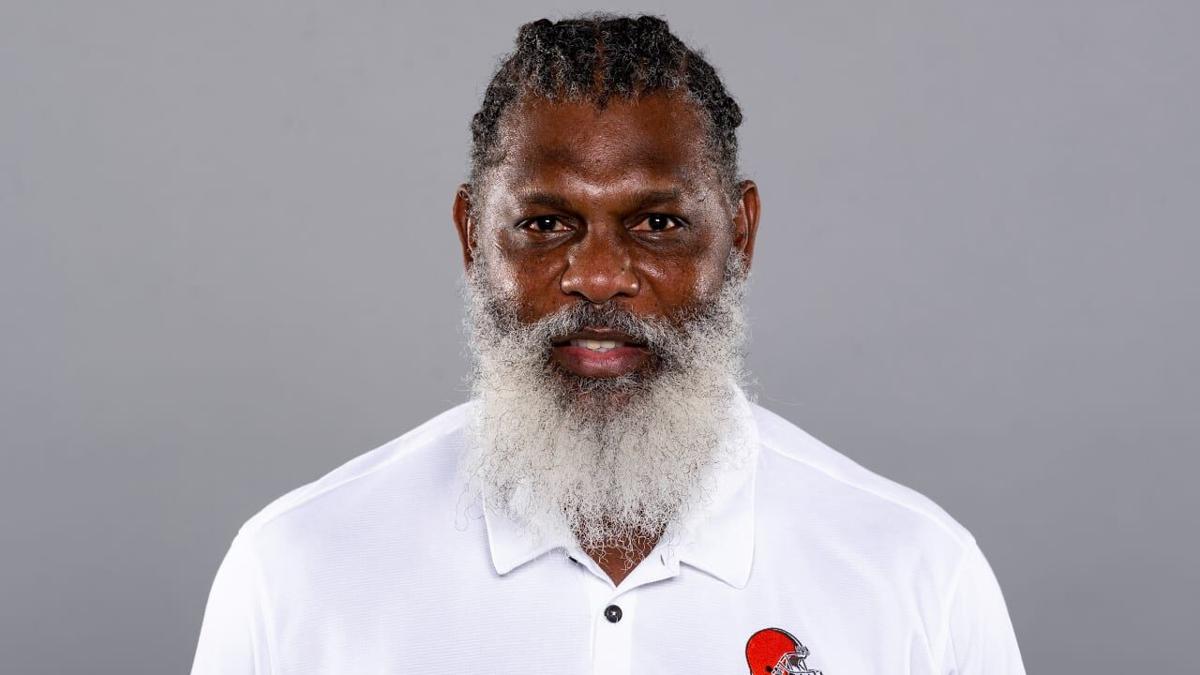 Former Citadel running back Stump Mitchell was the first Black player from the school drafted by the NFL in 1981. Provided 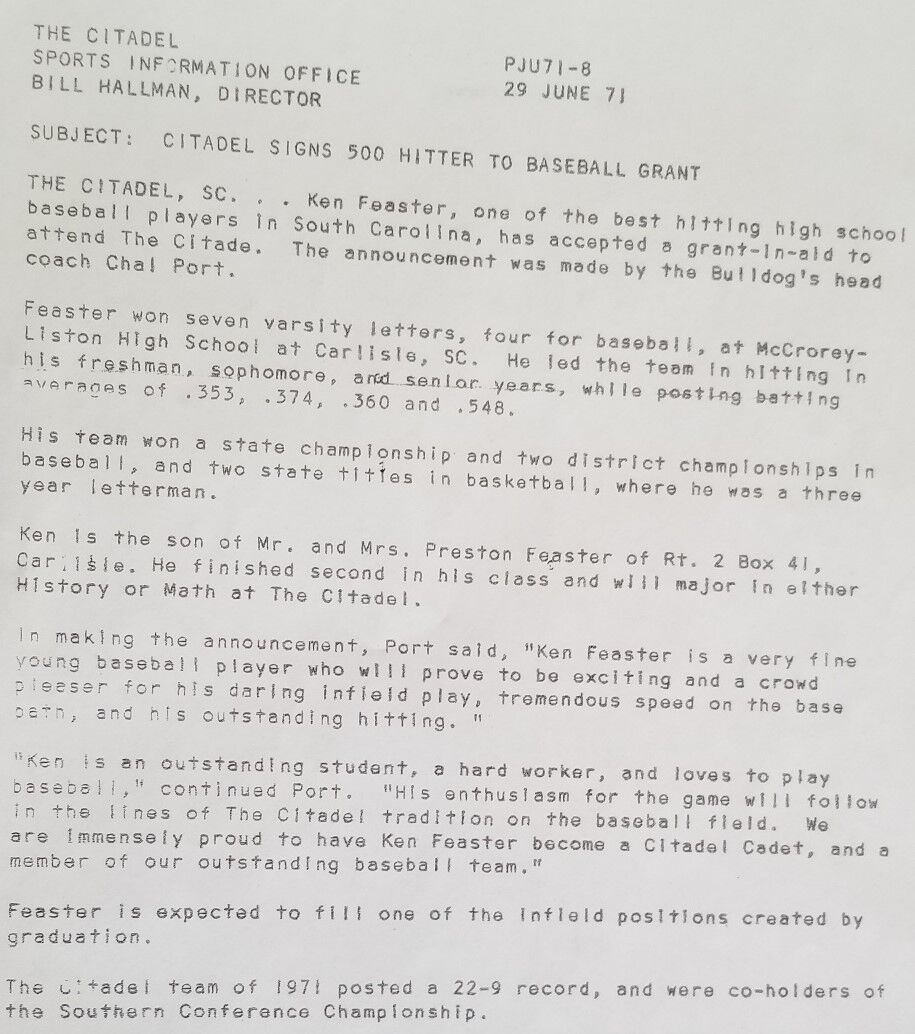 The announcement from The Citadel when Ken Feaster signed with the Bulldogs. Provided

A newspaper photo from the Chester News and Reporter when Ken Feaster signed to become the first Black baseball player at The Citadel. Provided

Norman Seabrooks was the first black football player at The Citadel in 1969.

Former Citadel running back Stump Mitchell was the first Black player from the school drafted by the NFL in 1981. Provided

In the spring of 1971, Ken Feaster was a senior at McCrorey-Liston High School, a small school in the tiny South Carolina town of Blair. That's in Fairfield County, just north of Columbia.

Despite its size, McCorey-Liston produced some powerhouse baseball and basketball teams back in the day. Gene Richards, the No. 1 draft pick in the 1975 MLB Draft, played for the Eagles before going on to South Carolina State and then the San Diego Padres.

“Everyone in town played baseball,” Richards once said. “The high school did not have football, so baseball was it for us.”

Baseball was it for Feaster, as well. And one day that spring, Feaster received a letter from The Citadel coach Chal Port.

"The letter said he had watched me play American Legion baseball the summer before, and that 'I could play for The Citadel,'" Feaster said.

Port, the legendary coach who led the Bulldogs to the 1990 College World Series, wanted Feaster to become the first Black baseball player at The Citadel. By 1971, the military school with roots reaching back to the Civil War had recruited its first Black players in basketball (Oscar Scott) and football (Norman Seabrooks).

Feaster, who had offers from Davidson, Newberry and others, would break the color barrier in baseball at The Citadel. The retired Air Force colonel was recently named to the Southern Conference's Alfred White Trailblazer Recognition list, named for the former SoCon commissioner, the first and only Black head of the league. Feaster was named all-SoCon three times, twice at second base and once at shortstop, and batted a team-best .336 in 1974.

Feaster, who lives in Utah, was inducted into The Citadel's Athletic Hall of Fame in 2001. Here, Feaster describes his Citadel journey in his own words.

I played and started all four years in high school, and played Palmetto Majors in Winnsboro, winning the team's first state championship. On the Post 24 American Legion team in Newberry, I was the team MVP and was coached by former MLB pitcher Billy O’Dell.

Most importantly, from about age 14 to 25, I played with the Winnsboro Hornets, a local semi-pro team with many former college players. They were basically grown men who loved baseball. Our Tri-Country Progressive League played in many converted and active cow pastures. Many of the 'skin top' fields had small washout ditches. A good hop was the exception.

I learned not to be intimidated in baseball at an early age. In high school and with the Hornets, I was coached by the legendary M.H. Boykin. Also, I owe my brother Billy, who was a year older, sported a 6-3 frame and was a tremendous baseball player. I always had him as a practice partner.

When I was recruited to attend The Citadel, I knew very little about the school. I certainly did not know I was the first Black player recruited to play baseball. Over the years I learned a lot more about that process.

At that time, a lot of high schools in South Carolina were not fully integrated. However, our teachers and guidance counselors were encouraging some of the top academic students to attend predominantly White universities. In South Carolina, integration at the college and university level was relatively new.

I finished second in my high school class, just a few points from being valedictorian. My family was also very big on me attending The Citadel. I’m sure my being able to succeed academically was a very important factor Coach Port considered.

When I visited The Citadel’s campus during the summer of my senior year, the campus was basically deserted. As always, it was a very beautiful and impressive campus. However, I never really got to see the Corps of Cadets in action. Therefore, when I began my freshman year, I was in culture shock. I really didn’t know what I signed up for.

As a freshman, I was probably treated generally like the other Black cadets on campus at the time, maybe a little better. I would say about half of my teammates were indifferent. A fourth of them were accepting enough, and the other fourth I sensed were not too enthusiastic about me being their teammate, although they were not too open about it.

Some of the practice sessions and scrimmages got a little contentious. I was not a 'backdown' type of player. Some of my teammates did a better job at expressing their true feelings when the opposing team had a player of color.

While playing on the road, there were oftentimes not-so-kind comments from opposing teams and fans. Being in that position was not new for me. I had also helped to integrate my American Legion and Palmetto Majors teams. However, at that time my brother and a few others were with me. This time, I was on my own. Being the lone Black player on the team as a freshman did occasionally generate a feeling of isolation.

I do not believe some of my freshman year teammates wanted to get on the wrong side of Coach Port. Without saying it, I believe we had a lot invested in each other’s success.

After my freshman year things were fine. I had great teammates and we had a lot of fun playing together and for Coach Port. Throughout my career, I would get handwritten notes of encouragement from Sen. Fritz Hollings and Lt. Gen. George Seignious,  the school’s president. Sen. Hollings would include laminated clippings if I had a good game. That certainly gave me a sense of belonging.

The Citadel provided me with the opportunity to earn an education while doing something I truly loved and the discipline to effectively deal with challenges both professionally and personally.

Playing for Coach Port, I learned you can have fun while going about the serious business of winning. As team captain, I took my leadership and motivational role very seriously. I’m sure that carried over to my career as an Air Force officer.

I retired from the Air Force in 1975 and now live in Eden, Utah. My assignments included tours in the Pentagon and State Department, and several as squadron and group commander. After retirement,  I went back to work for the Air Force as chief arms control and treaty officer. I escorted members of the Russian Federation inspection team when they visited several U.S. sites to verify our compliance with the New Start Treaty. I retired from that position in 2015.

During my early years there, The Citadel was still sorting through the initial challenges of integration. Looking back, many of those unexpected 'real world' on-campus challenges were great learning experiences for my future leadership positions. Those experiences taught me the things I would never tolerate as a leader.

More importantly, it taught me the importance of helping others along the way. In addition, my time at The Citadel allowed me the opportunity to make some great lifetime friends and join a supportive network of alumni.

(as recognized by Southern Conference)

Retired from US Air Force

Retired from Aetna, lives in Seattle