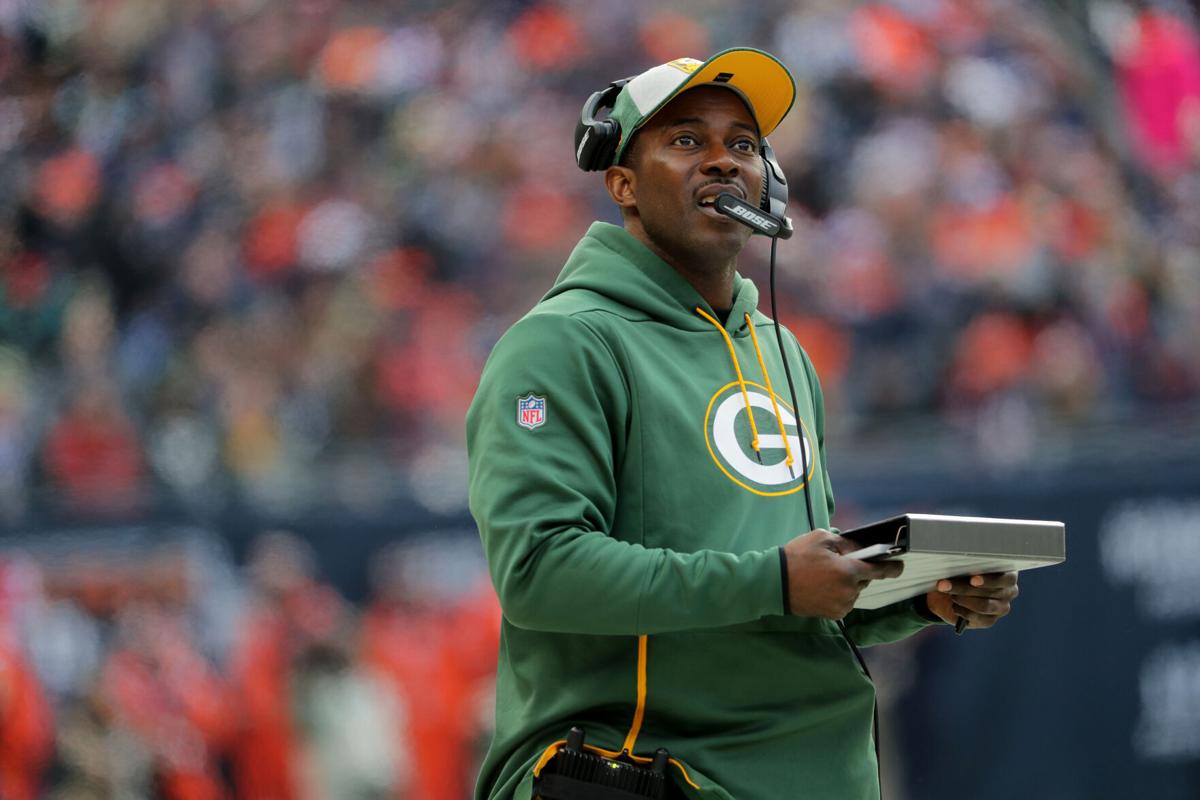 Maurice Drayton, who played and coached at The Citadel, has been promoted to special teams coordinator for the Green Bay Packers. Mark Hoffman/Milwaukee Journal Sentinel 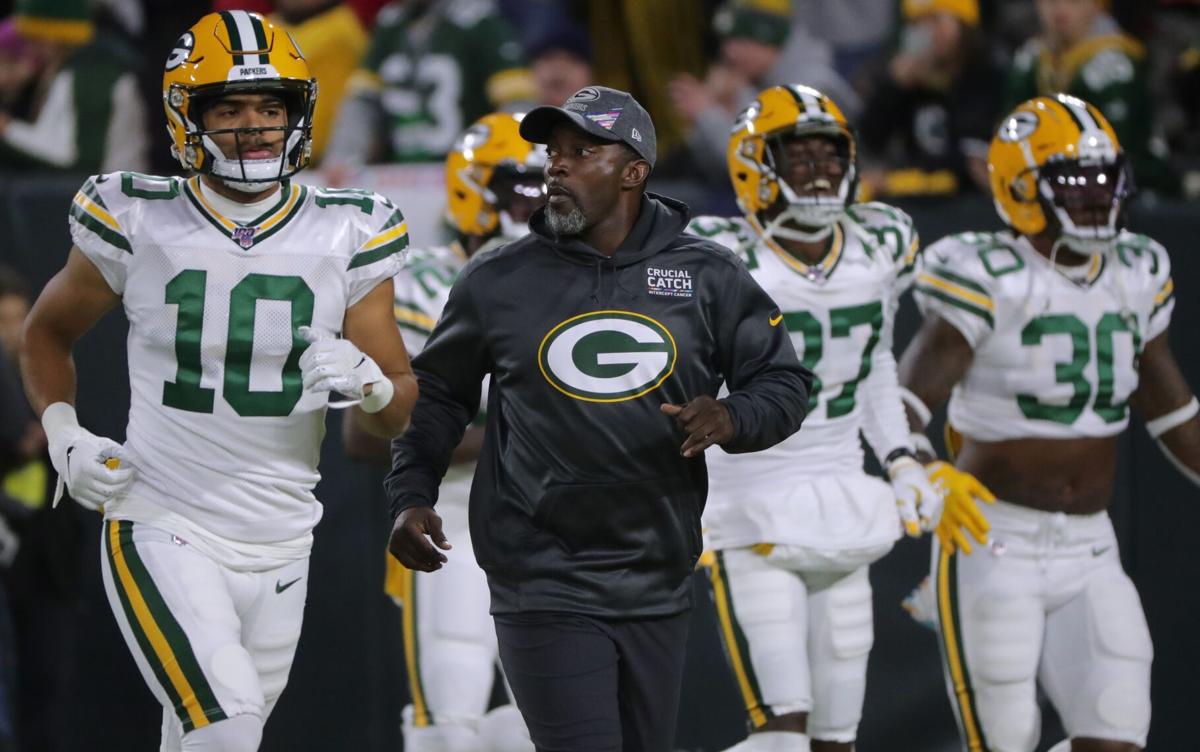 On March 2, Maurice Drayton was introduced as the new special teams coordinator for the Green Bay Packers.

NFL beat writers grilled Drayton about how he would improve the Packers' traditionally lackluster special teams.

"How will this be a different approach?" Drayton was asked. "Every special teams coach that comes through here says the same thing," one said. "Why is it so hard?"

The next day, this headline appeared over a story about Drayton: "Can Maurice Drayton Save The Green Bay Packers’ Special Teams? History Says No."

"Yeah, there's some pressure," Drayton admitted a couple of weeks later. "But if you don't have pressure and stress, you can't function. This is just another blip on the radar. Pressure's just a way of life for me."

'He had a gift': The short life and outsized impact of The Citadel's Ra'Shaud Graham

A 1998 graduate of The Citadel, where he played cornerback and served two stints as an assistant coach, Drayton knows about pressure.

He had to earn his starting role with the Bulldogs as a walk-on player from Berkeley High School in Moncks Corner. His first annual stipend as a graduate assistant at The Citadel was $3,000, and he lived at home with his parents. From 2000-02, he worked as an assistant for both The Citadel and the Charleston Swamp Foxes of the Arena Football League's developmental league.

And that's not to mention coaching gigs from Goose Creek High School to Finland and Canada, Coastal Carolina to South Carolina State and Southern Miss.

"No matter where you build the frame, certain things don't change," said Drayton, 44. "The passion, the joy you get out of watching guys maximize their abilities, the camaraderie of a team, that locker room feel of being there for your brother.

"No matter where I've been, that feeling has been the same. And that's what makes football so great."

But as Drayton knows, football can also break your heart.

'Punched in the stomach'

Drayton was not among the Citadel crowd in the suite on the fourth floor of Johnson Hagood Stadium in January of 2016 when Brent Thompson was introduced as The Citadel's new head football coach.

Thompson, brought in by Mike Houston from Lenoir-Rhyne, had been the offensive coordinator and Drayton the defensive coordinator for the 2015 team. Those Bulldogs went 9-4, beat South Carolina, won a share of the Southern Conference title with a 6-1 record and knocked off Coastal Carolina in the FCS playoffs. During his first coaching stint at The Citadel, Drayton recruited NFL All-Pro Andre Roberts to the Bulldogs.

When Houston left shortly after that season for James Madison, Drayton and Thompson were the only two candidates considered to replace him.

Thompson got the job.

"I felt like I was punched in the stomach by a family member," said Drayton, who would have been the school's first Black head coach in a major sport. "It was really a gut shot. It hurt, because of everything I believed in and believed about the school.

"Trading four years for the next 40 years in life, I believed in that totally. So when I didn't get the chance to lead my alma mater, I was down and out for a long time. And to be honest, even now I still think about what it would have been like to be the head coach at The Citadel. But at the same time, we learned to move on and we support the program."

Moving on wasn't easy. Drayton was initially retained as associate head coach and defensive coordinator, but knew he couldn't stay.

Shortly after signing day that February, Drayton took a job with the Indianapolis Colts, one of the three NFL teams he had done an internship with. Former Citadel assistant Joe Whitt, now with the Dallas Cowboys, was his way in to the league.

"It all started with taking Joe into our home when he was a GA and a restricted earnings coach at The Citadel," Drayton said. "That relationship fostered everything to bring me where I am today."

With the Colts, Drayton worked for special teams coordinator Tom McMahon. That was his "Welcome to the NFL" moment.

"I thought I knew special teams then," Drayton said. "But I found out that I didn't know squat. Though it sounds funny, I was like Daniel-san in 'The Karate Kid.' You know, I'm painting the house, wax on, wax off, and I don't know why he's teaching me this way.

"You're getting up at four in the morning and getting home late, and your wife says, 'Why don't just stay in the office?' It didn't make sense to drive home and lose 40 minutes of sleep. But that's how he taught me until I realized, 'Hey, you can do this.'"

Drayton signed on with the Packers in 2018, and was retained by head coach Matt LaFleur when he took over for Mike McCarthy in January 2019. When Shawn Mennenga was fired as special teams coordinator earlier this year, LaFleur promoted Drayton to take his place.

“I’ve had a chance to witness him for the last two years and I’ll tell you what, he’s a teacher,” LaFleur said of Drayton. “He’s an excellent communicator. Again, brings great energy to that room, and that’s really what I thought was needed, is just his voice leading that room. I’ve got a lot of confidence in his ability. I think he’s going to do a tremendous job for us in regards to special teams.”

Drayton, whose father is a Marine Corps veteran and an elder in the AME Church in South Carolina, spent part of his youth in Canton, Ohio, home of the Pro Football Hall of Fame. He moved to Moncks Corner in the 11th grade and played football for Jerry Brown at Berkeley High School.

He remembers fishing for striped bass and catfish in Lake Moultrie and in the Tail Race Canal.

Now, he takes his kids ice fishing on Lake Michigan.

"We got out on Sturgeon Bay, two to five miles out on Lake Michigan," Drayton said. "Basically, you drill a hole in the ice and we fish for white fish. You drive out on an ATV and you're covered in a makeshift building called a shanty with heaters in them. You drill a hole and drop a line, and there's a little technique and rhythm to it, and then you take them home and eat them."

And yeah, it's cold in Green Bay.

"I think we have learned to embrace the cold," Drayton said. "We love being outdoors, and we're always in the woods, walking and hiking. You learn to embrace it, and it helps you so much on game day. When you look across Lambeau Field and see you opponents huddled and trying to stay warm, you just laugh because they are miserable."

Even so, Drayton vows to return one day to the Lowcountry.

"I want to be back home, helping," he said. "Every day, I get up on the papers and look at the news of what's happening back home. The Lowcountry is a part of me and made me what I am today. So that's my goal, to come back to the Lowcountry.

"I don't know what kind of work I will do, but it will be helping people."