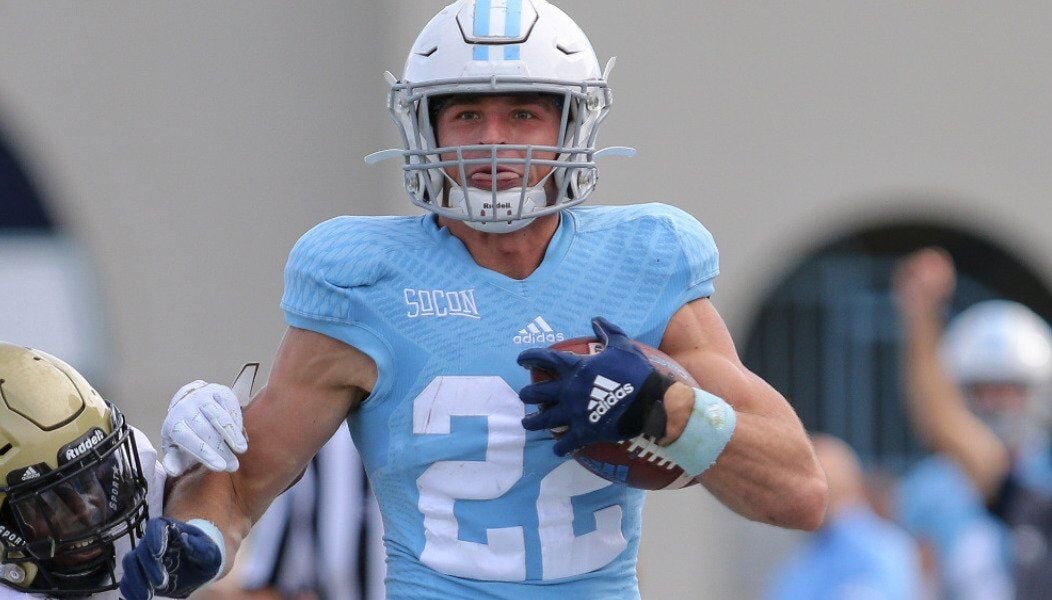 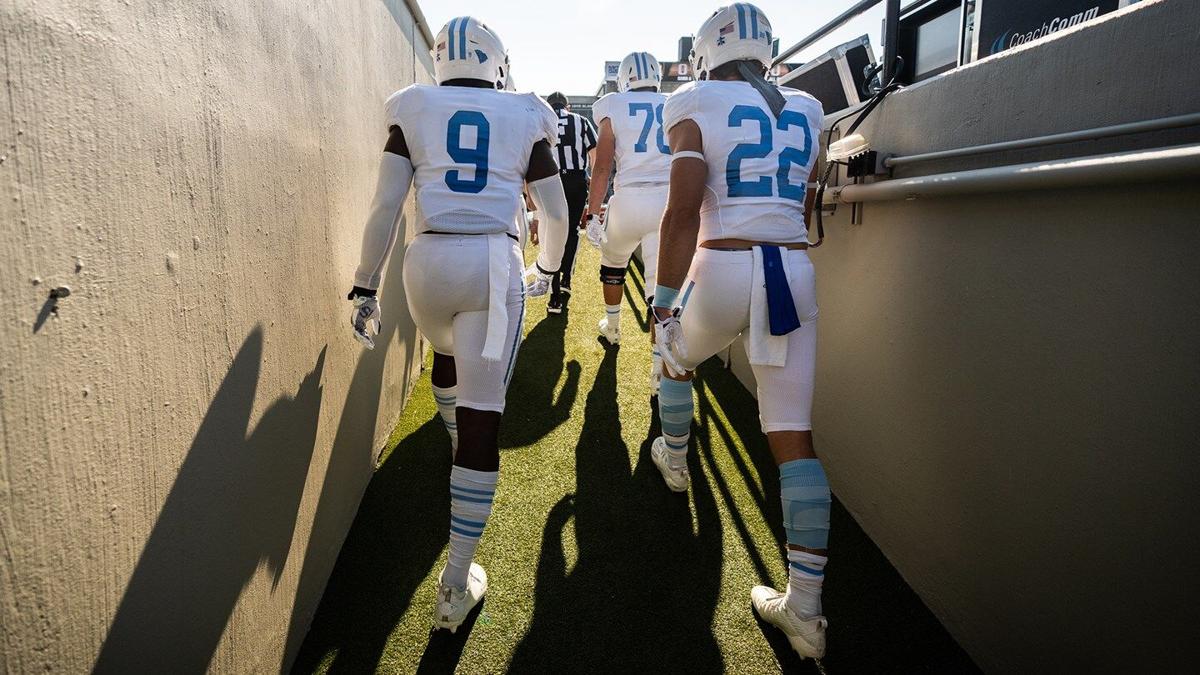 All-America linebacker Willie Eubanks III (9) and all-SoCon receiver Raleigh Webb (22) are back for The Citadel this spring. Citadel Athletics/Provided

All-America linebacker Willie Eubanks III (9) and all-SoCon receiver Raleigh Webb (22) are back for The Citadel this spring. Citadel Athletics/Provided

As a wide receiver in a triple-option offense, Raleigh Webb's first job is to block.

Those are his second and third jobs, too.

"The triple-option is really run-heavy," said Webb, The Citadel's all-Southern Conference receiver. "I really don't get to showcase my abilities as much as I possibly could."

That's why the NCAA's transfer portal might have been appealing to Webb, who at 6-2 and 213 pounds has the size and speed to give some level of pro football a shot. During the Bulldogs' four-game fall season, Webb caught just four passes for 105 yards and one touchdown as The Citadel went 0-4 while completing just 27.1 percent of its passes.

So it was tempting during the offseason for Webb to ponder the transfer portal and a chance to play for a team that throws the ball more than 10 times a game, which is what The Citadel averaged during its 6-6 season in 2019.

"That was always a thought," said Webb, who caught TD passes of 84 yards against Samford and 73 yards against East Tennessee State in 2019. "But we've had plenty of guys who have transferred out, and most of the things you hear from them is that the grass is not always greener on the other side.

"You transfer to a new school, and it's new coaches and teammates, and you are an outsider, and you are only there for a year."

Webb, in his fifth season at The Citadel, already has earned two degrees, a bachelor's and a master's in business administration, and is now pursuing a third degree in leadership. He's also earned the trust of his coaches and teammates, and was not willing to give that up for a shot at a few more catches.

"I'm moving into my sixth year here and I'm comfortable with everyone. I have relationships with my coaches, and they trust me. We've built that trust over the years," he said. "You go somewhere new, and you are the new guy. You don't really have that trust with the coaches and players like you did in the past. And you are not guaranteed to get on the field whether you are the best player or not, because you don't have that relationship that you've built."

Still, Webb took his time making the decision to return for the SoCon's spring season, which kicks off on Feb. 27 at Mercer and was delayed from the fall due to the coronavirus pandemic.

"It was definitely a lengthy decision and I really didn't make the decision until I had to," he said. "Everyone was asking me this and asking me that.

"I really waited until I was sure what I wanted to do. At the end of the day, I wanted to continue to play football  and this was the spot for me to do that."

Webb will adjust to a new quarterback this season, as redshirt sophomore Jaylan Adams replaces Brandon Rainey, who was Webb's teammate at Allatoona High School in Acworth, Ga., where Webb played defensive back.

For Citadel spring football, numbers are down but enthusiasm up

"I've played with quarterbacks like Dom Allen and Jordan Black, so when Brandon came in, that was different," Webb said. "In high school, I never caught a ball from Brandon, so it's just another step and adjusting to another quarterback.

"Jaylan is going to do a good job and we'll connect just like I did with the past three quarterbacks. He's young and learning the position, but he prepared himself well in the fall to take over the position."

Webb's return, and that of All-America linebacker Willie Eubanks III, gives coach Brent Thompson two cornerstone players on a roster that's undergone some changes since the fall. Thompson said he has about 73 players to work with this spring; five have opted out, and six are currently suspended for violation of team rules.

"Willie is playing exceptionally well right now, and he's really come back focused and ready to go," Thompson said. "I think his offseason preparation was better, because last year we really didn't have the summer to get ready.

"And Raleigh has done an outstanding job. He never really took a day off. It really helps to have those guys in their fifth or sixth year who know how to prepare and do it professionally."

Webb said he thinks the team is better prepared to play this spring than it was in the fall.

Who: The Citadel at Mercer