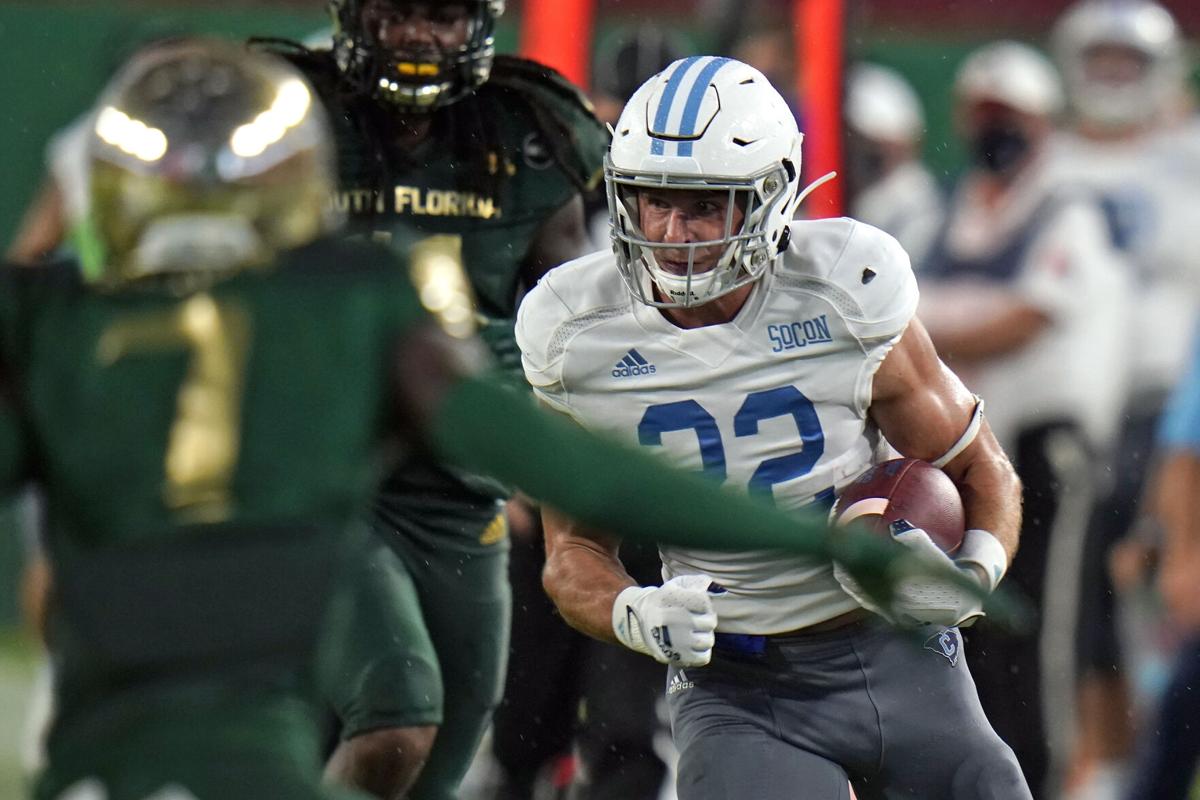 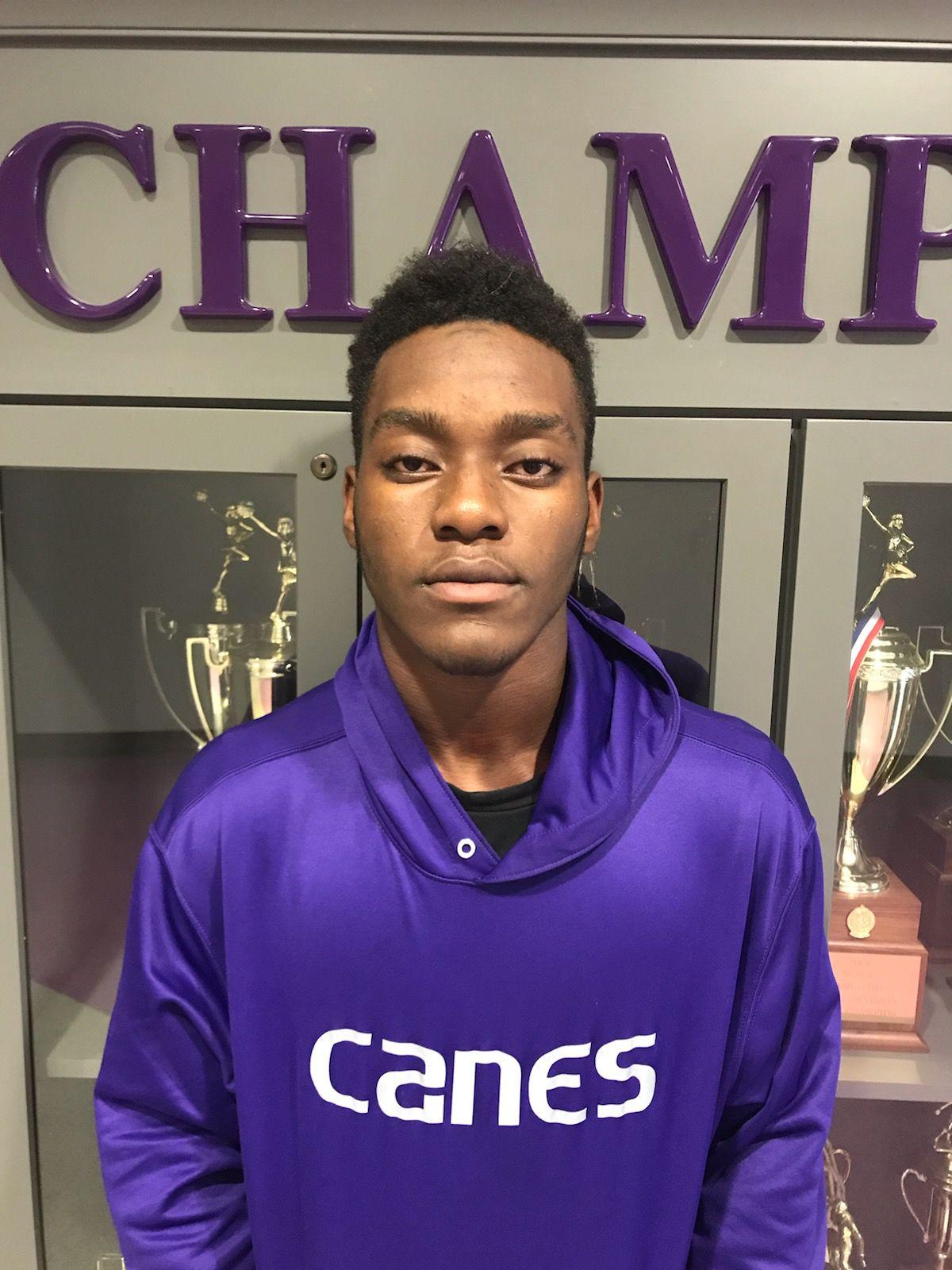 First Baptist linebacker Mikey Blandin has signed with The Citadel. 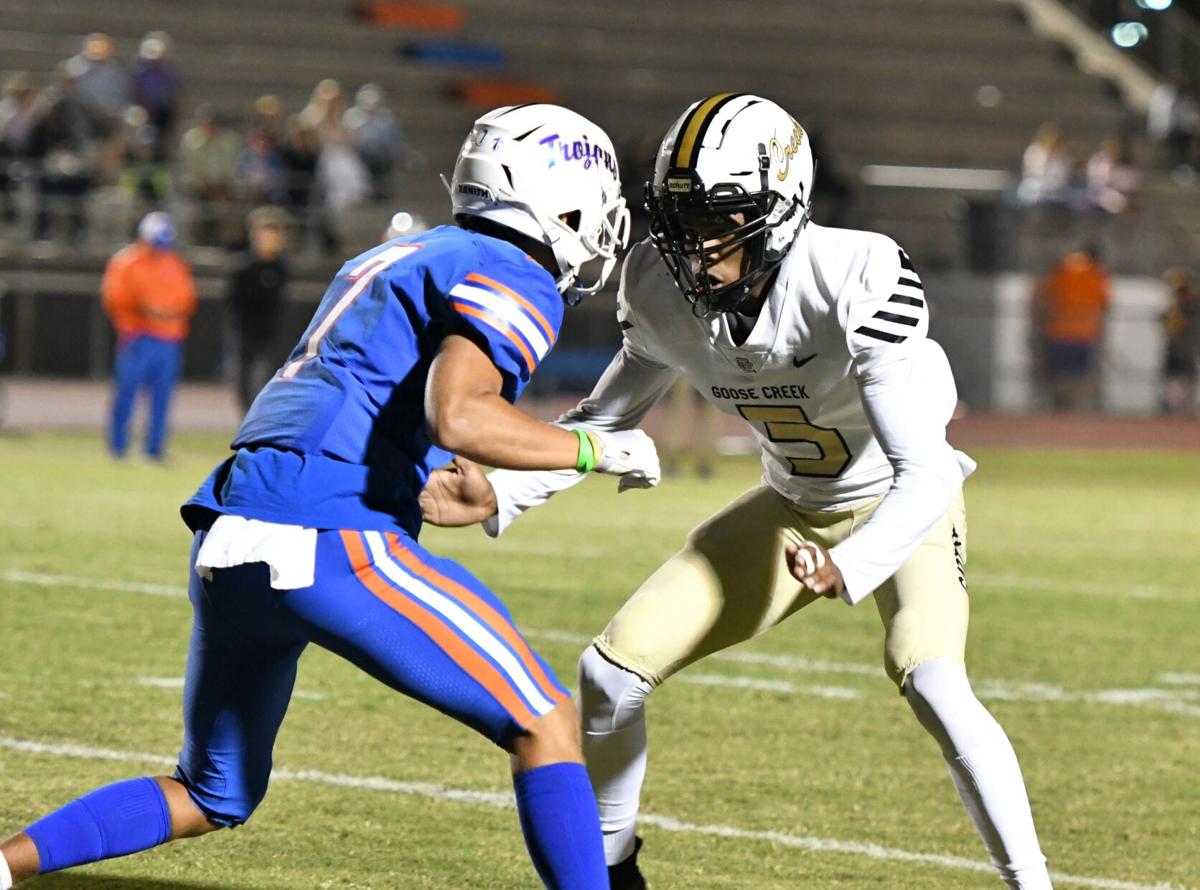 Goose Creek defensive back Melvin Ravenel (right) has signed with The Citadel.

First Baptist linebacker Mikey Blandin has signed with The Citadel.

Goose Creek defensive back Melvin Ravenel (right) has signed with The Citadel.

The Citadel signed a class of 10 new football players on Wednesday, including standouts from First Baptist and Goose Creek High School, and a finalist for the state's Mr. Football award.

But the best news from Bulldogs coach Brent Thompson might have been about a couple of veterans he expects to return for the spring Southern Conference schedule: All-America linebacker Willie Eubanks III and all-SoCon wide receiver Raleigh Webb.

Thompson said he expects both players to return for the eight-game spring SoCon slate, which begins Feb. 27 against Mercer. All Division I players were granted an extra year of eligibility by the NCAA after the coronavirus pandemic wiped out the 2020 season for many schools.

The Citadel managed to play four games in the fall, and both Eubanks and Webb were in a position to move on after the season. But Thompson said he expects the 6-2, 230-pound Eubanks and the 6-2, 213-pound Webb to play in the spring.

"Right now, Raleigh Webb has re-enrolled for the spring semester," Thompson said. "He did finish his master's degree in business. And as of right now, Willie is finishing up his undergrad degree. We will talk to him about starting some of his graduate program work in the spring or summer.

"As of right now, we are counting on those guys returning and it would be my goal to have both of them on the roster next season. They would be a tremendous help to us."

Eubanks led the Bulldogs during their four-game fall season with 43 tackles, along with five tackles for loss and two sacks. Webb had just four catches for 105 yards and a touchdown (and four carries for 55 yards), but across a full season in 2019 caught 30 passes for 617 yards and 10 TDs, averaging 20.6 yards per catch.

Thompson said he had to balance players who might return for an extra season with recruiting needs while managing his roster for the 2021 spring season and next fall. That task was complicated by the virtual recruiting required by COVID-19 restrictions.

"It was truly unique, in every aspect," Thompson said. "We had to understand our current roster, and the NCAA rule really afforded a lot of players to come back for an extra year that we might not have had otherwise. So this will probably be one of the smallest classes we'll sign, and we'll probably sign four or five more in February.

"The second challenge was in recruiting. There are only three or four guys on our list that I've actually met (in person), which is challenging. We had to creatively find a way to explain The Citadel through Zoom, through phone calls and web sites. We've done the best we can to lay out what life is like at The Citadel and what you should expect when you get here on campus."

Thompson said that was one reason his coaches focused on Lowcountry and in-state players, including 6-2, 220-pound linebacker Mikey Blandin of First Baptist; 6-3, 175-pound defensive back Melvin Ravenel of Goose Creek; and 5-10, 175-pound quarterback Ahmad Green of May River HS, a finalist for the state's Mr. Football Award.

Blandin helped First Baptist to an undefeated regular season in 2020 and led area schools with 141 tackles this season.

"They got a real steal if you ask me," said First Baptist coach Johnny Waters. "He is somebody that offenses have to game plan for. You have to account for him because he can literally change a game.

"He's the best defensive guy I've ever had. He's the equivalent of what (Clemson running back) Mikey Dukes was for us. And he's coachable; his upside really hasn't been touched. He's an old-fashioned, hard-nosed player; he used to complain to me that we didn't hit enough in practice."

"He can do a lot of things at linebacker, outside and inside," Thompson said. "We had our eyes on him from the start, and decided he would be a great fit for us. I think he's a great get."

In three varsity seasons at Goose Creek, Ravenel had 137 tackles, six interceptions and a school-record 108-yard interception return for a touchdown. He helped the Gators to a region title this season.

"We offered Melvin early on in the spring," Thompson said. "He plays corner, safety, everything for Goose Creek this year. We were able to have a great home visit with he and his family the other day and we're excited to have him."

May River's Green earned a Mr. Football nomination after hitting 41 of 66 passes for 502 yards and two touchdowns in five games, and running for 547 yards and three touchdowns. He was a four-time all-region pick at the Class AAAA school, and finished his career with 3,665 rushing yards and 3,370 passing yards.

"We're going to start him out at quarterback because we like his dynamic ability there," Thompson said. "But he's got a bright future whether it's at quarterback or A-back for us."

Played for head coach Nick Luhm at the Christ School…earned preseason all-state and all-conference honors before helping the Greenies to their first state championship…garnered first-team all-conference honors as a junior…team posted back-to-back state runner-up finishes in 2018 and 2019…also a state champion in track and field…member of the Headmaster’s List all four years.

Played for head coach Johnny Waters at First Baptist School…helped the Hurricanes to an undefeated season as a senior…selected as the SCISA AAA Region Defensive Player of the Year after finishing season with 140 tackles in eight games…named first-team all-state…posted season-best 21 tackles in a victory over Hammond…earned all-state honors after posting 120 tackles as a junior…posted 12 sacks while playing at West Ashley High School as a sophomore.

Played for head coach Rodney Summers at May River High School…Top 5 finalist for South Carolina Mr. Football as a senior…named region co-offensive player of the year as a senior after going 41-of-66 for 502 yards and two touchdowns in five games…added 547 yards and three rushing touchdowns…four-time all-region selection…finished career with 3,665 rushing yards and 3,370 passing yards, while accounting for 85 touchdowns…also played basketball and baseball.

Played for head coach Sean O’Sullivan at Centennial High School…named the defensive player of the year as a sophomore and junior…also lettered in wrestling.

Played for head coach Greg Vandagriff at Prince Avenue Christian School…earned first-team all-region honors after rushing for over 1,000, 450 receiving yards and over 2.000 all-purpose yards as a senior…team is currently 11-1 and in the fourth round of the playoffs…earned first-team all-region accolades as a junior after finishing with 1,018 yards and 10 touchdowns on 133 carries…added 50 receptions for 612 yards and five touchdowns in being named the offensive back of the year…brother, Dalton, is a starting defensive lineman for the Bulldogs.

Played for head coach Crews Richardson at Greenwood High School…helped the Eagles to a region championship as a senior…two-year starter…also a letterwinner in wrestling…member of the honor roll.

Played for head coach Jason Winstead at Goose Creek High School…earned all-region honors after helping the Gators to a region championship as a senior…rated a 2-star prospect by Rivals.com.