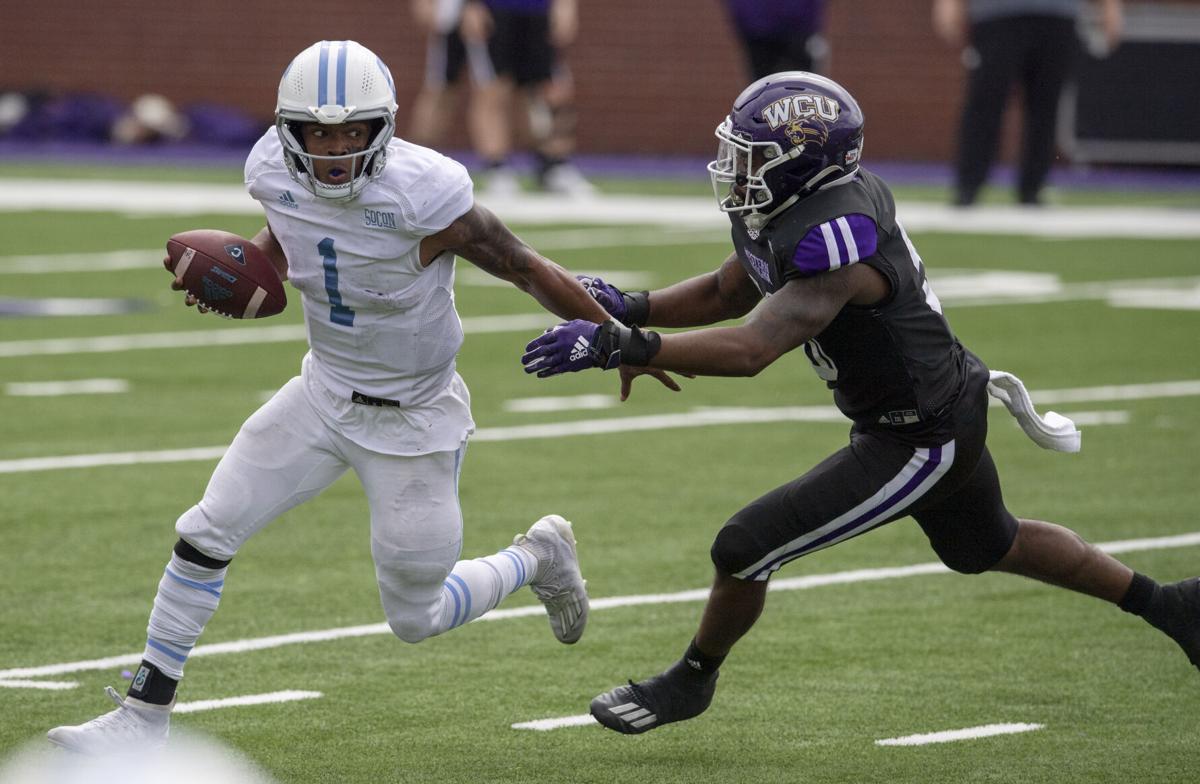 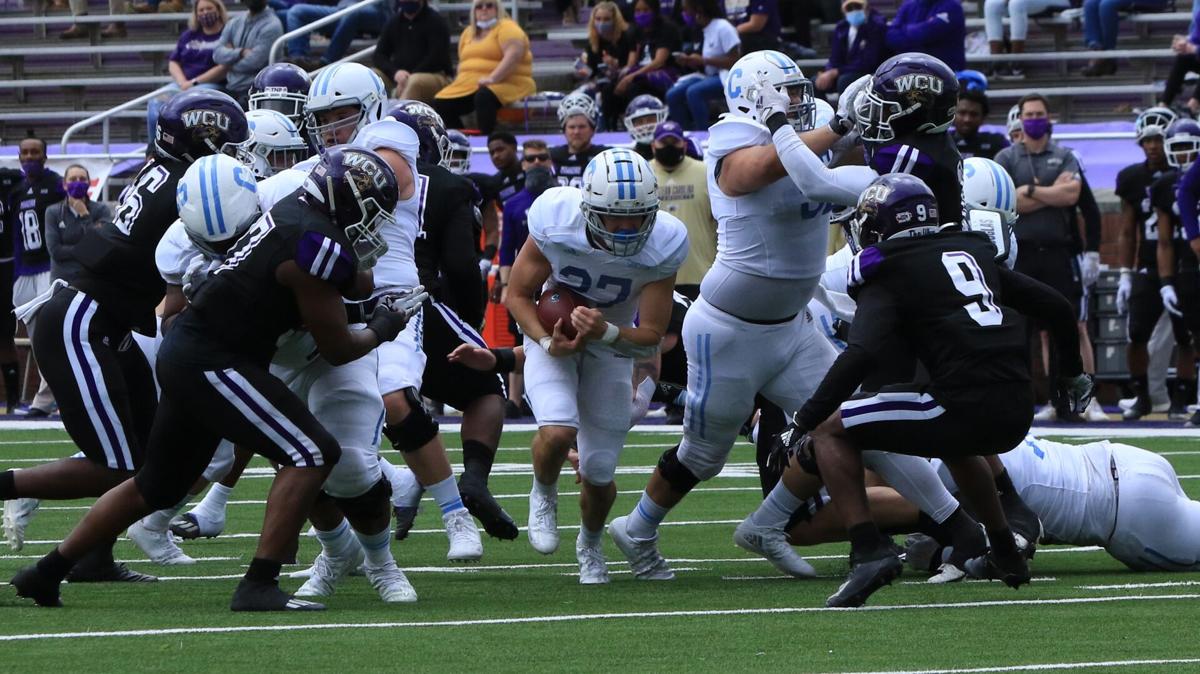 The Citadel's Cooper Wallace carries up the middle against Western Carolina on March 13. Citadel Athletics/Provided 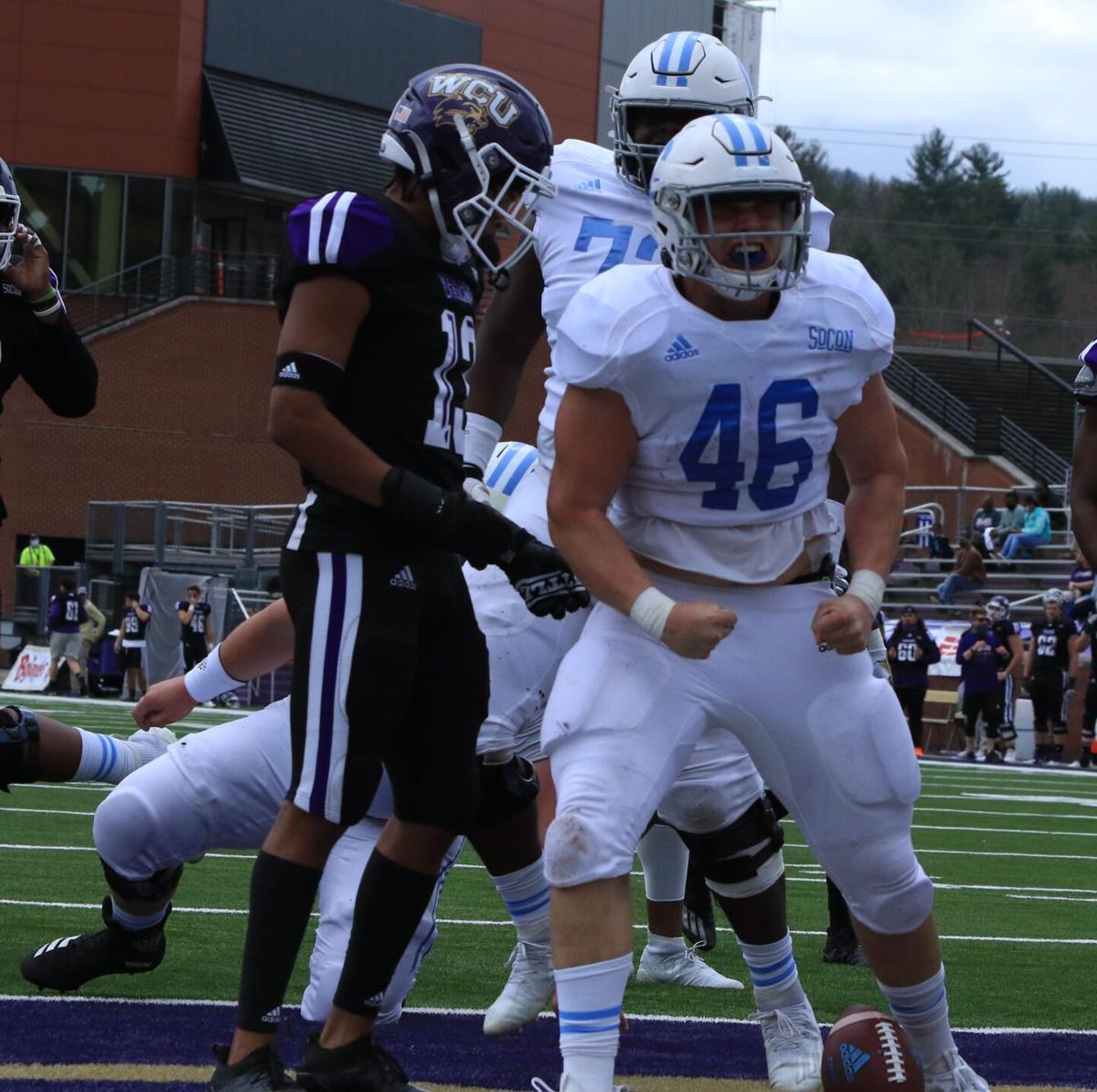 The Citadel's Cooper Wallace carries up the middle against Western Carolina on March 13. Citadel Athletics/Provided

Playing football during COVID-19 is not easy for any college team. Protocols and opt-outs, along with injuries that are part of the game, have reduced the rosters of every team in the Southern Conference.

But The Citadel has added to its own woes, as players serve suspensions for breaking team rules and for violations of NCAA rules at the campus bookstore, leaving the Bulldogs shorthanded as they try to cope with an unprecedented spring football season.

That showed up again Saturday as The Citadel lost its ninth straight game, 21-14 to previously winless Western Carolina at Whitmire Stadium in Cullowhee, N.C., on March 13.

"We brought a lot of this on ourselves," coach Brent Thompson said. "We've got nobody to blame but ourselves. Things happen for a reason, and we'll keep pressing through this."

Catamounts running back Donnavan Spencer shredded a Citadel defense that was missing five starters, due to suspension and injury, for 220 yards and two touchdowns. WCU snapped its own eight-game skid to improve to 1-6 in 2020-21 and 1-3 in the SoCon spring season.

The Bulldogs got 131 rushing yards and TD from quarterback Jaylan Adams and 125 and a score from freshman fullback Nathan Storch but made some crucial mistakes as they fell to 0-7 in 2020-21 and 0-3 in the SoCon. The Citadel has not won a game since a 31-27 victory over ETSU on Nov. 2, 2019. The nine-game skid is The Citadel's longest since 1995 and includes three losses to FBS squads last fall, including then-No. 1 Clemson.

"It's frustrating, and I got frustrated with the kids out there," Thompson said. "But I don't blame them. They played their butts off. What I need to constantly preach to them, though, is that if you don't do right, this is what happens."

The Bulldogs already were without All-American linebacker Willie Eubanks III and starting fullback Clay Harris against WCU. Four other starters — defensive backs Andy Davis and Destin Mack, defensive tackle Dalton Owens and punter Matt Campbell — served one-game suspensions for their involvement in bookstore purchases that violated NCAA rules, and resulted in 33 Citadel athletes having to serve suspensions in their sports.

Beginning with last week's game against Chattanooga, The Citadel plans to have four players serve suspensions each week until the 26 football players involved have served theirs.

"Right now, we're asking a lot of guys to do a lot of different things," Thompson said. "It's frustrating, especially on the defensive side. We're constantly having to move guys around, and we're scraping the bottom of the depth chart.

"But those kids out there played their butts off and did everything they possibly could to at least put us in a position to win."

WCU needed just three plays to score its first TD and was ahead 14-6 when The Citadel drove 52 yards to the Catamounts' 35 late in the first half. Storch, who carried 33 times in his second college football game, lost a fumble on first and 10. On the next play, WCU's Spencer sprinted 67 yards for what proved to be the winning TD with just 45 seconds left in the half, good for a 21-6 halftime lead.

The Citadel marched 82 yards in 16 plays to open the second half, taking 8:27 off the clock. But on fourth and goal from the 2, Adams floated a pass to slotback Cooper Wallace that fell incomplete.

Estes and linebacker Anthony Britton, who had 16 tackles, got the ball back with a third-down sack of WCU QB Ryan Glover. This time, Adams went 20 yards for a TD and the Bulldogs got a 2-point conversion to get within 21-14 with the whole fourth quarter to go.

But they never got any closer.

Jeff's Take: Spring football is a whole different thing for The Citadel, SoCon

On a third and 7 from the WCU 47 with about seven minutes left, Adams rolled to his right, looking for receiver Raleigh Webb down the field. As he was spun down by the Catamounts' TJ Jolly, Adams tried to throw the ball away. It went straight to defensive lineman KJ Milner, who rumbled 41 yards for what looked like a clinching TD.

But after review, the officials ruled that Adams' knee was down. The TD was taken off the board, but The Citadel had to punt after a 12-yard loss and WCU ran 5:14 off the clock.

"Cooper Wallace was our outlet receiver there, and he went down," Thompson said. "Whether he was pushed or fell, we couldn't get the ball to him. But we should not take a huge loss on that play. We have to be able to throw it away or get it underneath."

The Citadel will try again to snap the skid at home March 20 against ETSU, which lost 17-13 to Furman.