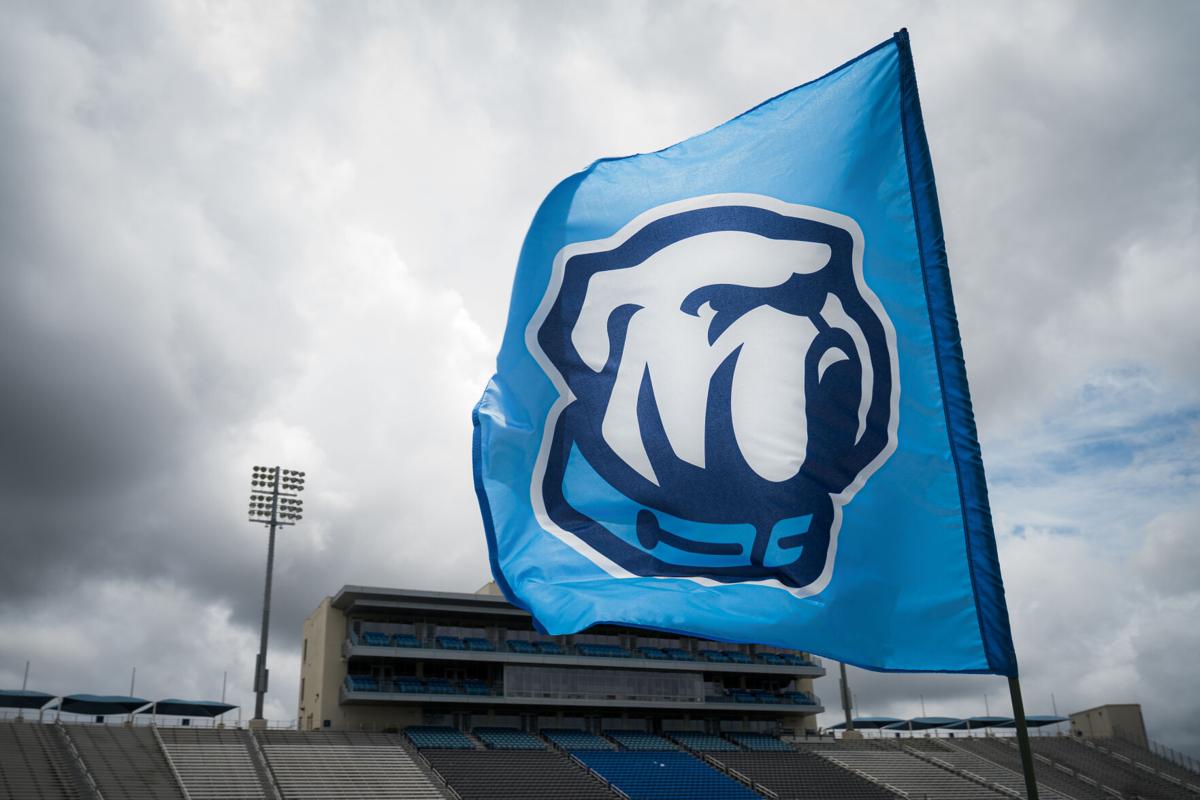 A flag shows The Citadel's new Bulldog logo that is part of its new branding strategy. Cameron Pollack/The Citadel 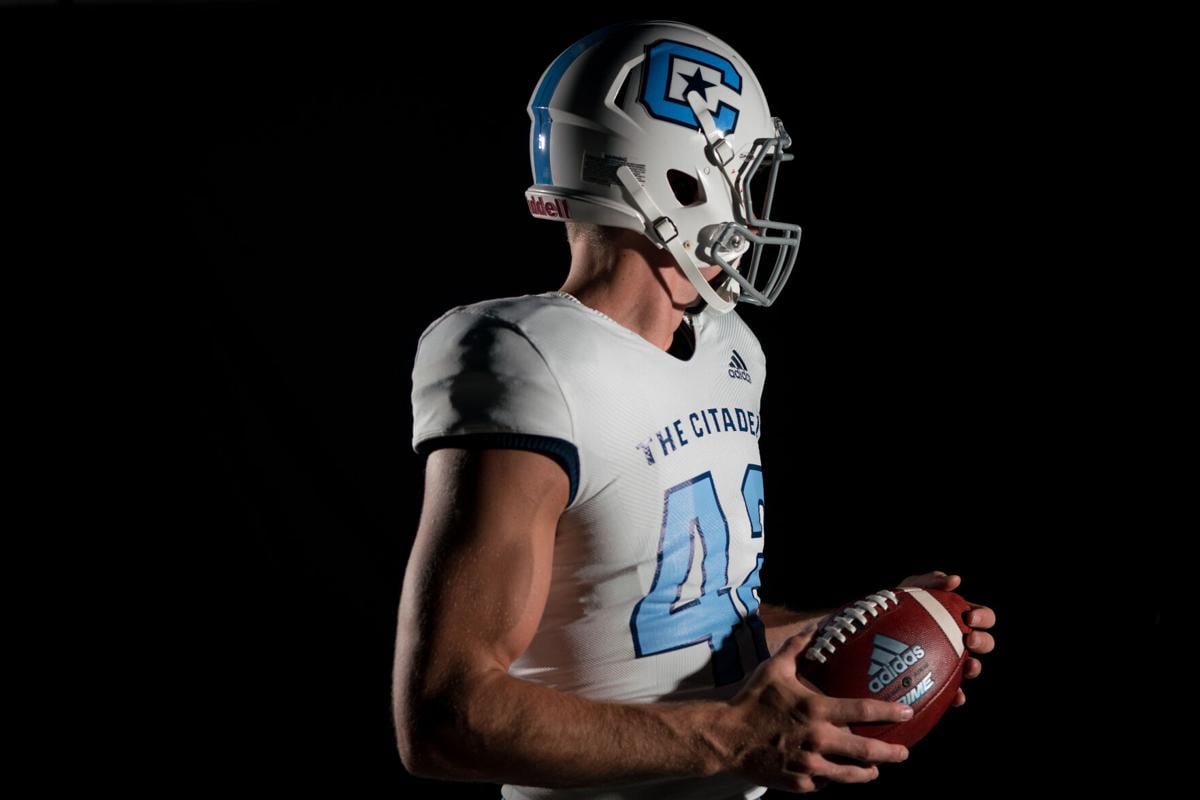 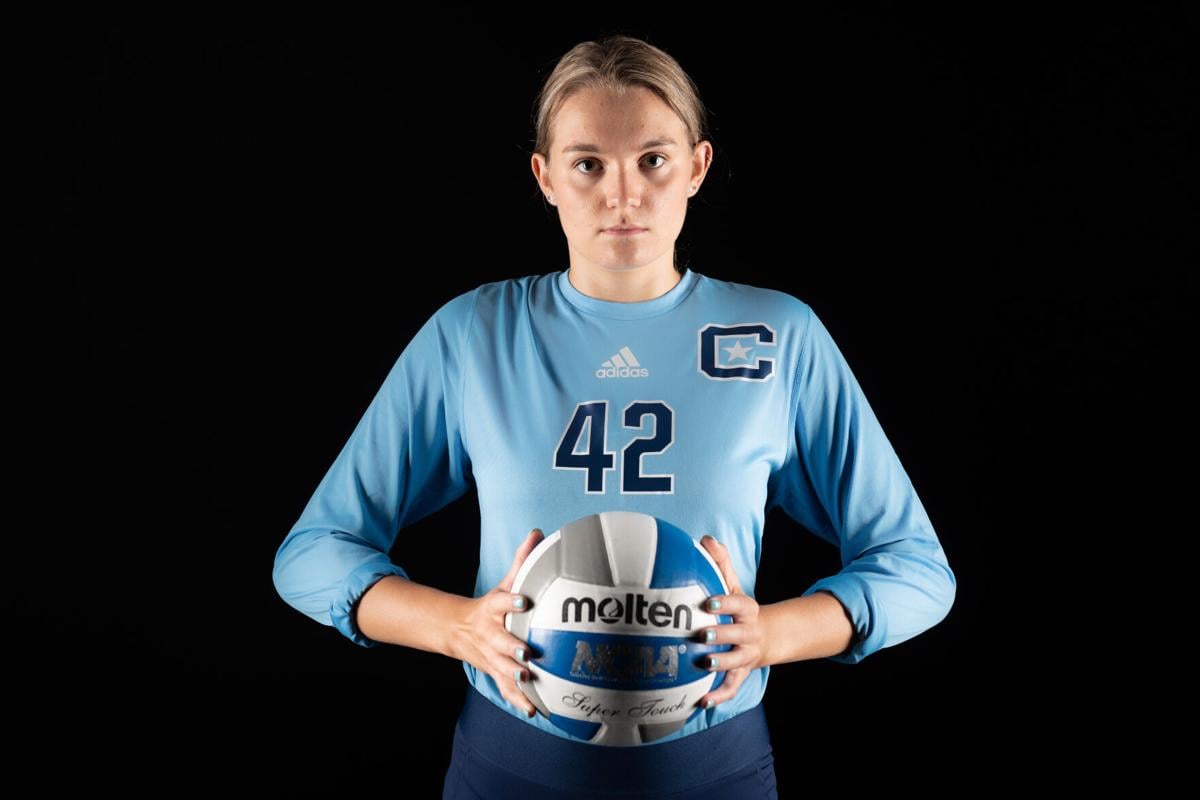 The Citadel volleyball outside hitter Kathleen Bula poses for a portrait in a mock uniform with Citadel Athletics’ new brand mark at The Citadel in Charleston, South Carolina on Tuesday, June 8, 2021. Cameron Pollack / The Citadel 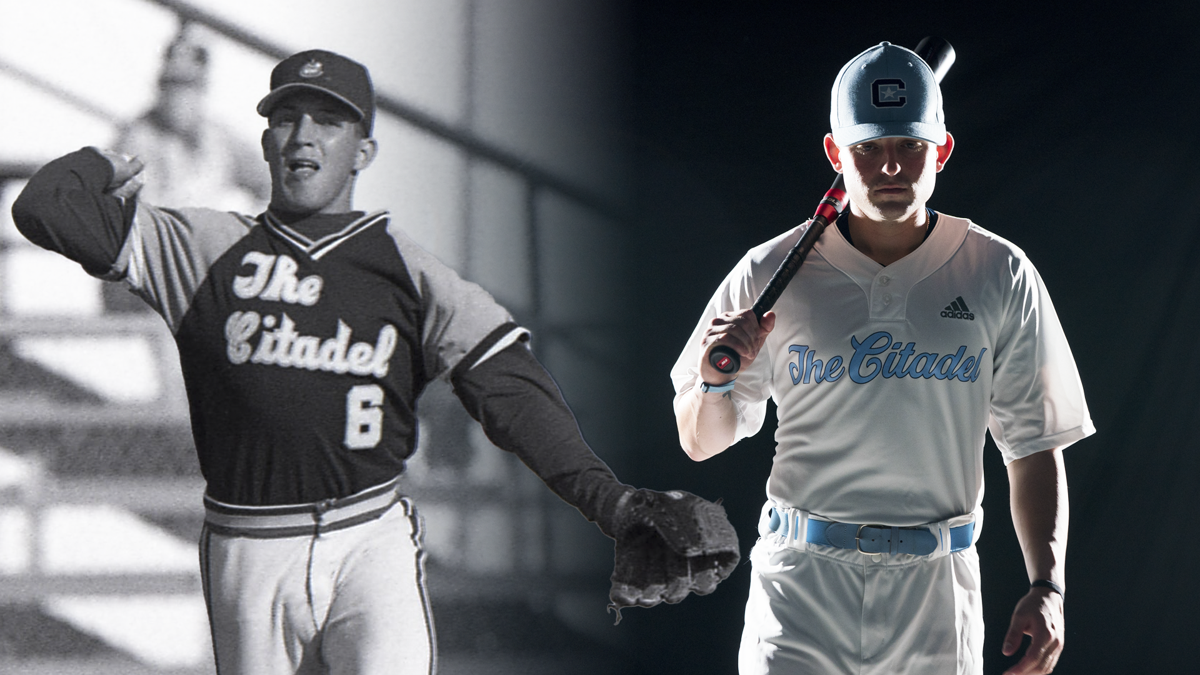 When The Citadel football team takes the field this fall, the Bulldogs will be wearing something new on their helmets.

A new "star C monogram" — a block C with a five-pointed star in the middle — will be affixed to the helmets.

That's likely to be the most visible evidence this fall of a new athletics branding system the military school introduced on June 9, the result of a months-long process that included input from Citadel athletes, coaches, fans and donors.

The new branding, which also features a new, three-quarter profile of a bulldog sporting a full-dress uniform collar similar to the ones worn by cadets, will eventually take its place on uniforms, signage and logos. It will replace a system that had become haphazard in recent years, with different teams using different fonts and logos.

"I want us to be consistent with what we are doing as an athletic department, and I think this will accomplish that."

Assigned the responsibility for developing a system that will represent Citadel athletics for years to come was Stanton Adams, the school's creative director. He oversaw a process that included 22 information sessions with more than 300 stakeholders to hear what Citadel folk wanted to see. He also worked with Joe Bosack & Company, a firm that specializes in sports and entertainment branding, to design the logos and lettering.

"I was honored to lead this project," Adams said. "But this is the work of hundreds of people who gave a lot of their time and energy to give their feedback to us."

Among the priorities the process revealed:

• Naming should always be "The Citadel" and not just "Citadel."

• "Infantry blue" should be the color most emphasized.

•  The brand should tie in with the Corps of Cadets.

• The bulldog logo should look tenacious, fierce and strong, but not like a cartoon.

For example, the star in the middle of the new block C connects to patriotism, the armed forces and the "gold star" that represents academic excellence at The Citadel. The curvature in the block C represents the Spanish Moorish architecture prevalent on campus.

"The old C that we had did not separate us from anybody," Capaccio said. "It's very similar to College of Charleston, to Coastal Carolina, to Clemson. We wanted something that when you saw our logo, you'd recognize it immediately."

At The Citadel and Charleston Southern, football recruits are finally back on campus

"Bulldogs" is the third-most popular mascot in college athletics, and The Citadel sought a more recognizable identity there, as well.

The new bulldog logo is modeled on The Citadel's live mascot, General III, and wears that full-dress collar (he does not have a name, by the way).

"Our previous bulldog had a spiked collar on, and that's not really unique," Adams said. "To bring that collar in from the iconic full-dress uniform of the Corps of Cadets is a way that we can tie the bulldog very clearly to the athlete experience in the Corps."

The sans-serif typography of the new wordmark is inspired by the military vehicles stationed around the parade ground on campus. And for baseball, there is a script lettering that is inspired by the uniforms worn by the 1990 College World Series team.

The use of only two colors besides webbing white — infantry blue (pantone 542c) and flag blue (pantone 295c) — means The Citadel's new branding can be more readily incorporated into a wider range of products for sale, thus boosting the bottom line.

"It definitely will, with licensing and things like that," said Capaccio. "We can take a lot of different avenues to help generate some more revenue with this."

Adams said having more than two colors involved drives up the production price of products, and limits the variety of items that can be produced.

"We've had assets in the past with three, five and even seven colors," he said. "The more colors you get in an asset system, the more expensive it is, and that makes it harder to implement. So we've kind of stripped it back with this asset system to make it very clean, immediately identifiable and easy to implement."

Capaccio said it's likely to take up to two years, working with uniform supplier Adidas, to outfit every Citadel team with the new branding. Johnson Hagood Stadium and McAlister Field House also are considerations; the new turf at the football field features the old block C, while the basketball court has the old block C superimposed on an outline of the state of South Carolina.

"We are working right now to try to do what we can with those, especially given the financial situation at the time," he said. "The basketball floor gets done every year, so that's a little bit easier, but the football stadium is something we'll have to discuss."

Adams said there will be two shirts with the new branding immediately available in The Citadel's bookstore, with much more coming as the new school year and football season approach.

"I'm excited to see the reaction, and to move forward with the next phase of this work," Adams said. "This is really just the first step in a long process."