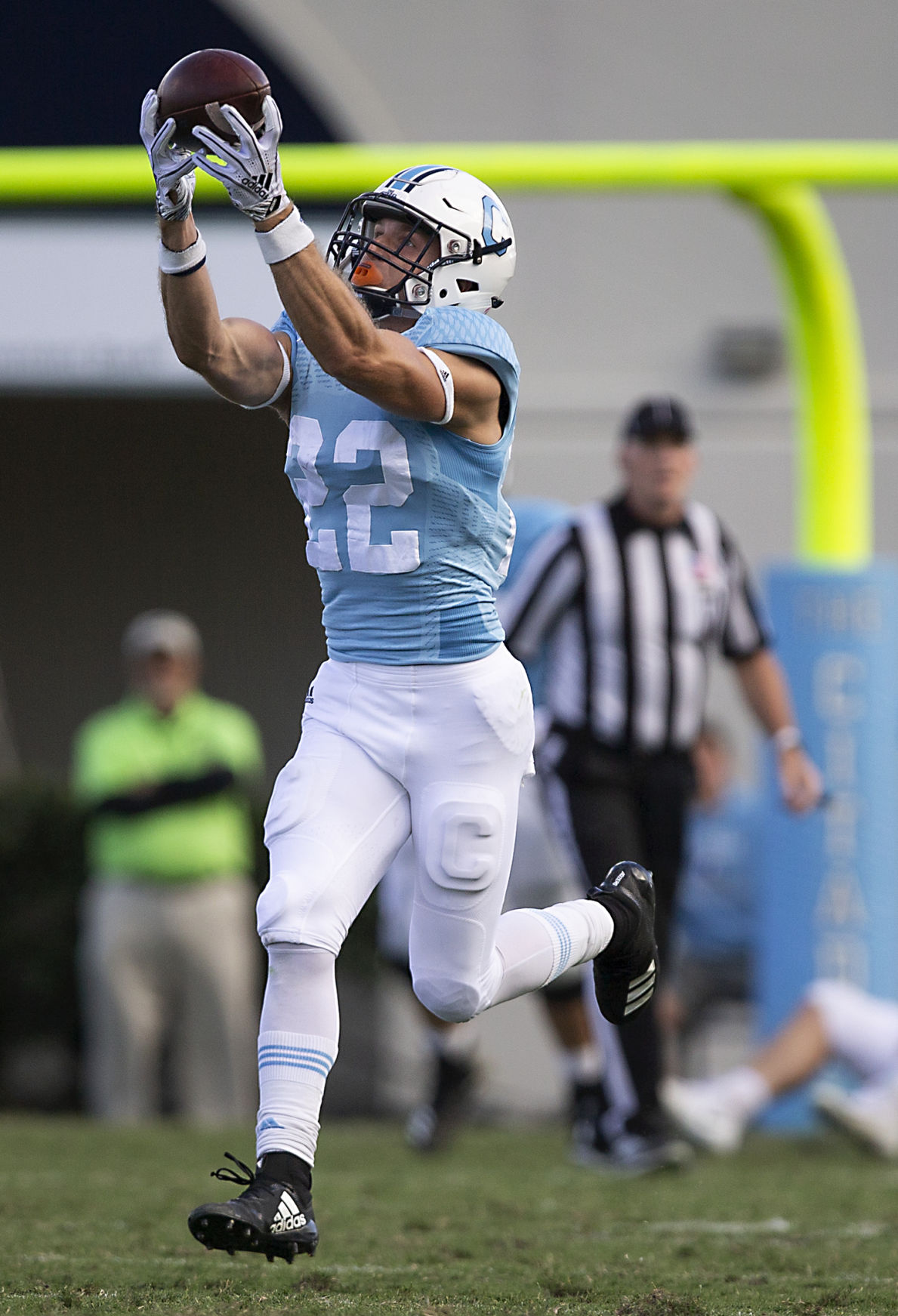 The Citadel's Raleigh Webb makes a catch before running into the end zone for a touchdown during a Bulldogs game on Saturday, October 27, 2018. Lauren Petracca/Staff 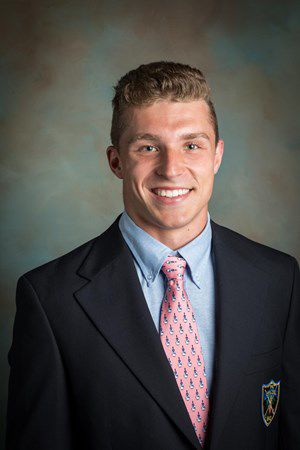 Raleigh Webb is movie-star handsome, with a physique somewhere between Olympic swimmer and Mr. Universe.

At 6-foot-2 and a chiseled 212 pounds, he runs the 40-yard dash in 4.4 seconds, swims the backstroke faster than most guys can freestyle and graduated from The Citadel in just three years. The Bulldogs' junior wide receiver is pursuing a master's degree, runs track in the spring and won the "Iron Bulldog" award in the weight room.

And, by the way, he scores a touchdown almost every time he catches a pass.

"He's one of those guys who is great at everything," says Citadel football coach Brent Thompson.

But tenacious reporting from The Post and Courier reveals a flaw in the Webb design. There actually is something that Raleigh Webb is not good at.

Given his other attributes, an occasional slice can be forgiven. Webb has turned one of the most overlooked positions in college football — wide receiver in the run-heavy triple-option offense — into a efficient TD-producing weapon for The Citadel this season.

Webb has caught only seven passes, but six of them have gone for touchdowns, meaning he's scored TDs on 85.7 percent of his catches. Only four players in FCS have caught more TD passes this season, but they are producing TDs at a much slower rate. Those four receivers have combined for 29 touchdowns on 115 catches, for a TD percentage of 25.2.

Webb has blown by opposing defensive backs for TD catches of 84 yards (the second-longest in school history), 54, 30 and 27 yards this season, and is averaging an astounding 32 yards per catch, tops in the FCS. He's caught at least one TD pass in all five of The Citadel's games this season, matching former Citadel (and current NFL) star Andre Roberts' start to the 2008 season.

All this from a guy who's main job is to block. If Thompson had his way, The Citadel would probably never pass the ball.

"You have to know your place in this offense," Webb said, "just like the offensive line and the other receivers and running backs. Everything I've done to this point doesn't happen unless everybody does their job.

"If I block and block and block, then somebody else gets a touchdown, but I did my job. Without everybody playing their part, it doesn't really work."

Webb's non-blocking talents have forced Citadel coaches to think outside the option box.

"It's just been a matter of if we can get the ball to him," said Thompson, whose team throws just 5.6 passes per game. "We've had to manufacture ways that we really haven't done before to take more shots down the field.

"It's taken me out of my comfort zone some to say, on a second down or first and 10, let's take a shot deep and see if we can win one."

Jeff's Take: For Citadel, facemask grab at Georgia Tech might be a turning point

Webb and quarterback Brandon Rainey have a lifelong connection, even though this is just their second season as QB and receiver.

Webb played center when Rainey was the QB for their pee-wee football team when they were kids in Acworth, Ga. They'd tell Rainey's parents they were going to Webb's house to work on football, then spend the afternoon jumping off the dock into the lake.

"I liked the way he snapped the ball, so I never let him change positions," Rainey said.

At Allatoona High School, Rainey and Webb starred for a 14-1 state championship team in 2015, Rainey at QB and Webb as a defensive back. Thompson, then the Bulldogs' offensive coordinator, recruited both to The Citadel.

Webb redshirted in 2016 as a defensive back, but was running on the scout team at receiver against All-America cornerback Dee Delaney when he caught the defensive coordinator's eye.

"I remember Blake Harrell came to me and said, this kid is running past Dee Delaney," Thompson said. "I think he can be a good defensive player, but I think he'll be a difference-maker on offense."

Webb made the switch, and quickly established himself as a deep threat. He reeled off catches of 61 yards against Clemson, 57 against Presbyterian and 48 against Furman, and took a reverse 43 yards against Chattanooga.

The big plays kept coming in 2018: A 91-yard TD catch against Furman, the longest in school history; TD catches of 77 yards against Mercer and 59 yards against Western Carolina; and a 77-yard kickoff return for a TD against Charleston Southern.

That CSU game was the same night Rainey wore jersey No. 82 to honor former Allattoona HS teammate Turner Cockrell, a Vanderbilt tight end who died that day of cancer.

For Citadel's Brandon Rainey and Raleigh Webb, a 'guardian angel' for one game

For his career, Webb has been one of the most efficient TD producers in Citadel history. He's touched the ball 63 times on runs, catches and kickoff returns, averaging 22.3 yards per touch and scoring 14 touchdowns. That's one TD for every 4.5 times he touches the ball.

"I told Raleigh, 'This might be the only time I say this in my career, but you can be an NFL prospect,'" Thompson said. "He's a guy that comes along only once or twice in your career."

VMI AT THE CITADEL