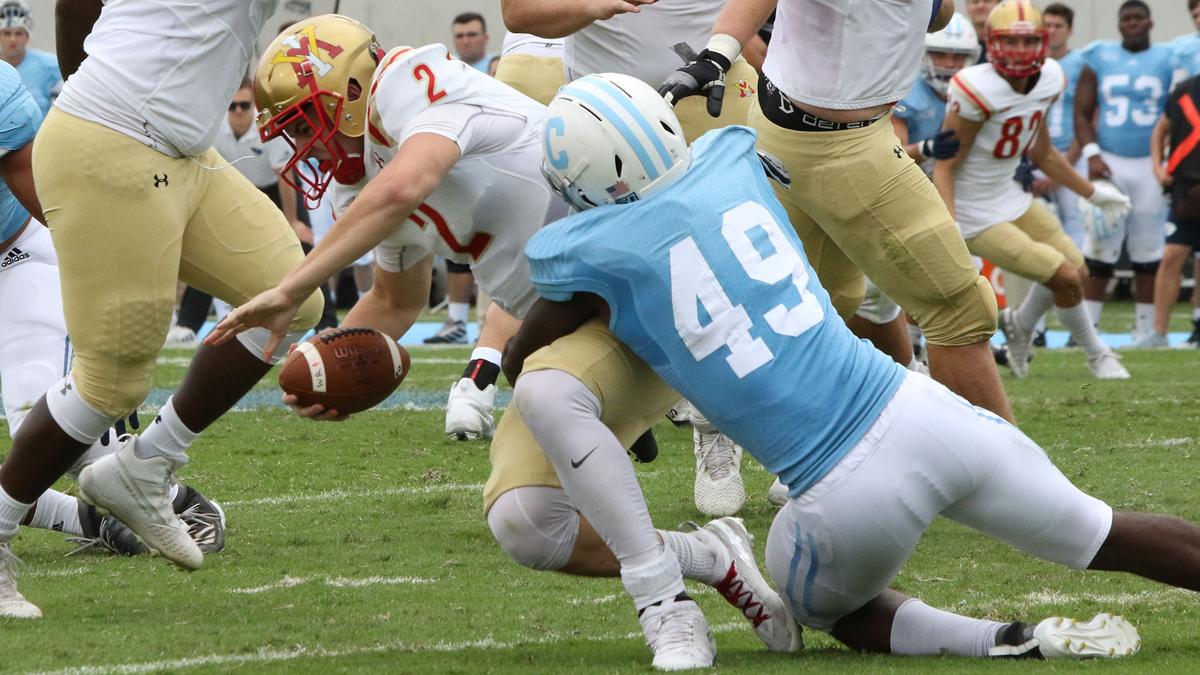 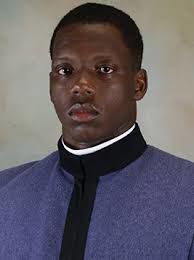 The game was still in doubt when Furman quarterback Darren Grainger dropped back from his own 28-yard line in the third quarter, rolling to his right for a throwback pass to the left.

Citadel linebacker Marquise Blount bull-rushed the Paladins' right tackle, dipping his shoulder to slip past the lineman. Chasing down Grainger from behind, Blount knocked the ball loose while tossing the 6-4, 195-pound QB to the turf.

Fumble. Citadel ball. One play later, Remus Bulmer ran for an 8-yard touchdown, and the rout was on at 21-3.

"I was in the right place at the right time," Blount said after the Bulldogs' 27-10 win over then-No. 8 Furman last week. "I got a reach block and was able to stay outside of it and play the QB, and he didn't see me coming."

If it sounds like Blount, a 6-3, 223-pound sophomore, was prepared for that crucial moment ... well, he was, according to Citadel defensive coordinator Tony Grantham.

"Marquise comes into every meeting with his notepad out," Grantham said this week. "He's always asking for every single detail, every little nuance. He wants to know all the scenarios and everything that might happen.

"He's put a lot of work in and I'm really happy it's paying off for him. He's had a heck of a season so far."

Blount's been a big reason The Citadel (4-4, 2-2) has won two straight games to thrust itself back into the Southern Conference title chase heading into Saturday's homecoming game against Mercer (3-4, 2-2) at Johnson Hagood Stadium.

It's no coincidence that Blount was named the SoCon defensive player of the week after both victories.

Jeff's Take: The Citadel's back in the SoCon race, but we're not talking about it

"The key for me has been staying locked in in the meeting rooms," Blount said. "I try to ask a lot of questions, not just of my coach but every coach on the staff. What's the right thing to do on this play? What should I do here? I try to apply it to the game and limit my mistakes."

Good stuff for a late bloomer who didn't even play football until he reached high school, and wasn't a full-time starter until his senior year at Vance High School in Charlotte.

Blount's family moved from New York to North Carolina just so he could play high school football in the South, he said.

"In New York, to play football at a young age, you had to pay a lot of money," Blount said. "So I never played because we didn't have the money. But we moved to Charlotte just so I could play football. My mom felt like it was a better opportunity in the South to play football and get noticed."

"Marquise is a very forward thinking for a young man," Citadel head coach Brent Thompson said. "He wanted the best degree, the best education he could get. But the one thing he struggled with was the Corps of Cadets. He'd never been around anything like that before."

Obviously, Blount is not the first Bulldog athlete to struggle with the military school's fourth class system as a freshman.

"When I came back to school after Christmas break, I knew I just had to recognize that it is what it is," he said. "That's The Citadel and that's how it's going to be."

Blount came to The Citadel at about 235 pounds, according to strength coach Donnell Boucher, and lost about 10 pounds during that stressful knob year. Blount "dominated" winter conditioning, Boucher said, and has built himself back up to about 235 pounds while improving his speed.

The results have shown on the field, where he leads The Citadel's defense with 11½ tackles for loss, is second with 4½ sacks and third in total tackles with 42.

A criminal justice major, Blount dreams of playing pro ball and is serious about setting an example for five younger siblings, two brothers and three sisters.

"My mom always says when I come back to the house, I'm like the man of the house," he said. "When I'm not there, my stepdad is there. It's a lot of pressure because I feel like if I do mess up, I've got all these people counting on me."

For his part, Grantham is happy he'll count on Blount for two more seasons after this one.

"I told Marquise last week, he's only starting to scratch the surface," Grantham said. "The sky is the limit for him, and I don't see any reason he won't continue to develop and learn."

MERCER AT THE CITADEL

Can Citadel ride the rollercoaster to a third straight win? Mercer hopes not.

Two losses, then two wins. Two more losses, and then two more wins. The highs have been soaring and the lows  extreme for The Citadel football team this season.

A father-and-son reunion. A come-from-behind victory. And a place in the thick of the hunt for a Southern Conference championship.