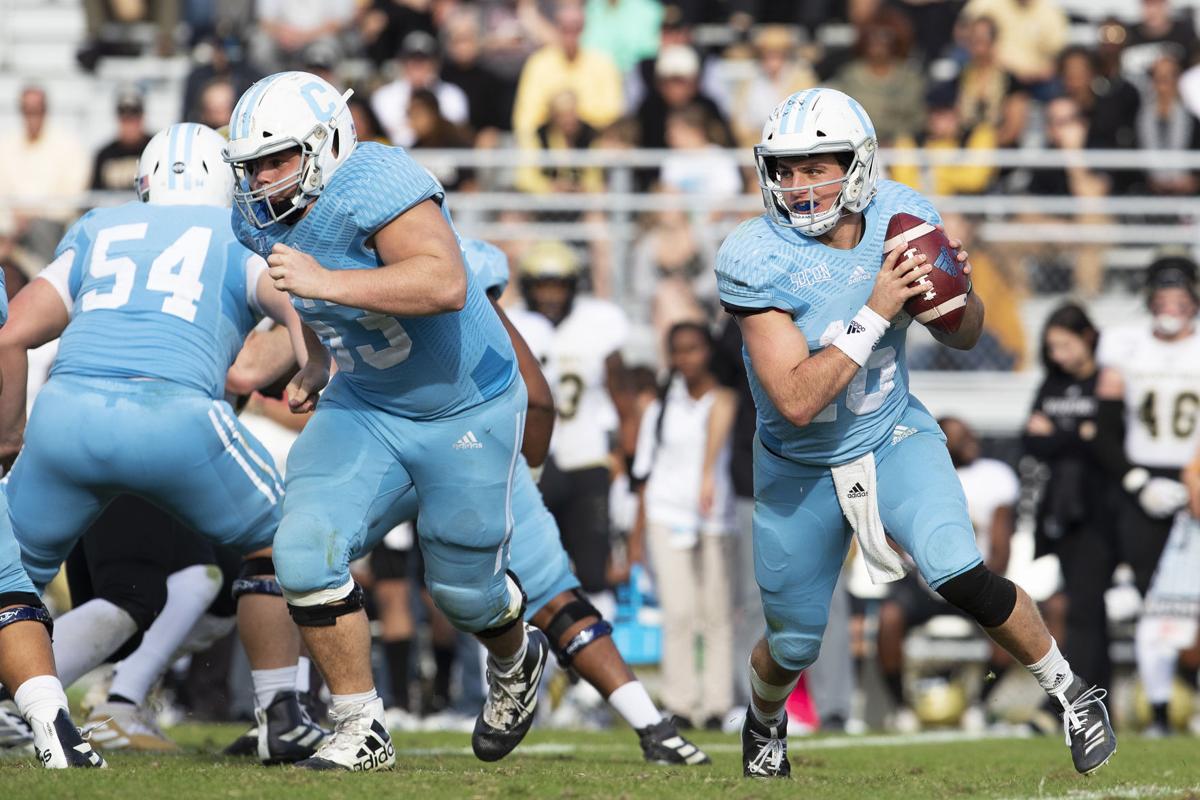 The Citadel quarterback Brandon Rainey will lead the Bulldogs into spring practice this week. Lauren Petracca/Staff 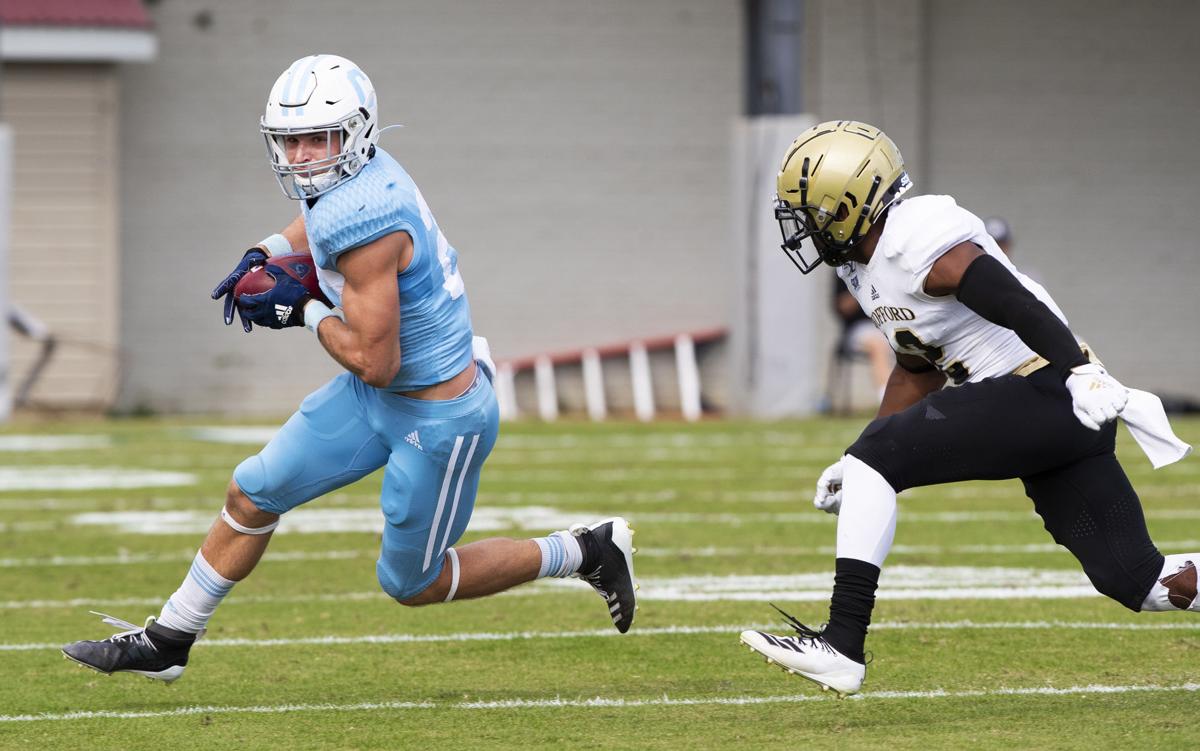 The Citadel's Raleigh Webb is back for spring practice after catching 30 passes and scoring 10 touchdowns a year ago. Lauren Petracca/Staff

The Citadel Bulldogs — a whole lot of Bulldogs, as a matter of fact — began spring football practice on Wednesday.

Coach Brent Thompson says he'll have as many as 92 players on the field for practice this spring, an unusually high number that bodes well for a program trying to return to the heights of Southern Conference championships in 2015 and 2016.

"Usually, if we were in the mid-to-high 80s, we'd be in pretty good shape," said Thompson, whose fourth Citadel team went 6-6 overall and 4-4 in the SoCon last season. "So having 91 or 92 guys is a good high number. That speaks to the fact that we are retaining players.

"For the first time in two or three years, I feel like our roster is in a good place. We've retained better, recruiting a different player who is able to be more sustainable, and we've been able to build a little more depth. And when you build depth around here, you have a chance to win championships."

As the Bulldogs work toward the March 7 spring game (on the school's Summerall Field), here are five areas to keep an eye on.

1. Who's that at quarterback?

Fear not, Citadel fans, starter Brandon Rainey is back for his fifth season after accounting for 30 touchdowns a year ago. But Thompson hopes to limit Rainey's work during the spring with an eye toward keeping him healthy and developing younger players.

With redshirt freshman Evan Schickel out for the spring after shoulder surgery, Thompson plans to move defensive back Jaylan Adams to quarterback. Younger players such as redshirt freshman Cooper Wallace and Nathan Cronic also should get plenty of work.

Junior receiver Ryan McCarthy, who played quarterback last spring, is playing baseball only this season, starting in the outfield for the Bulldogs.

2. Right side of the line

The Citadel returns three-fifths of its starting line in left tackle Prince Howard-Whitaker, left guard Jonathan Toole and center Haden Haas. But the right side is a different matter, with all-SoCon guard Drew McEntyre and tackle Denzel Wright, who each started every game last season, lost to graduation.

"Who can play right tackle and right guard?" Thompson asked. "We've got our ideas, and we're going to mix and match some offensive lines and see where we are."

All-SoCon receiver Raleigh Webb, who averaged 20.6 yards and scored 10 TDs on 30 catches last season, also is back for his fifth season. But like Rainey, he's likely to see limited action in the spring.

And with No. 2 receiver Ryan McCarthy playing baseball, the path is open for some young receivers to show their wares. Redshirt junior Cameron Roberts is the only other returning receiver to catch a pass last season.

Defensive coordinator Tony Grantham loses all-SoCon tackle Joseph Randolph II, and replacing his production will be difficult. Younger linemen such as Dewey Greene IV (6-3, 245) and Jay Smith (6-1, 270) got experience last season and should be ready to step up alongside nose tackle Dalton Owens (6-2, 302), who had 8½ tackles for loss and 3½ sacks last season.

Rising junior Marquise Blount is back after a groin injury cost him the final four games of the 2019 season. SoCon defensive player of the year Willie Eubanks III returns at one inside linebacker, but the other inside spot loses both Airan Reed and Phil Davis.

There are no placekickers on the roster this spring, with incoming freshmen Colby Kinter and Ben Steele due to report in the fall.

That means the burden will fall on all-SoCon punter Matt Campbell, who will both punt and kick this spring.