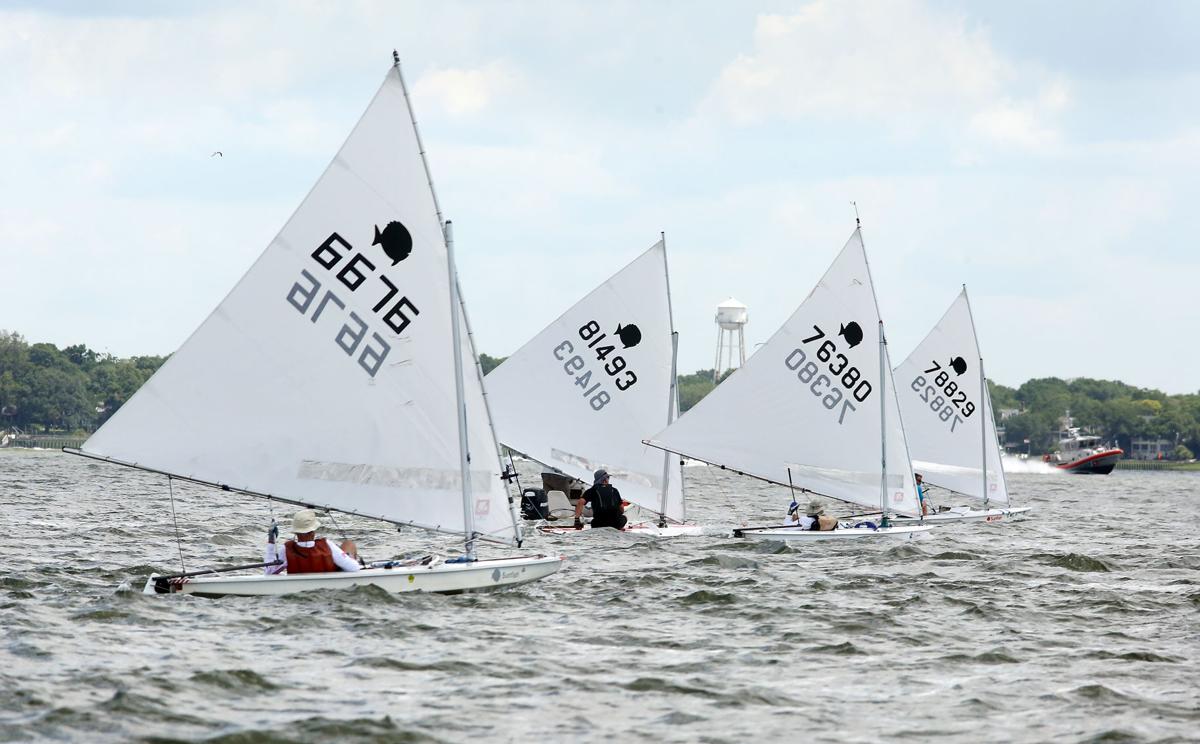 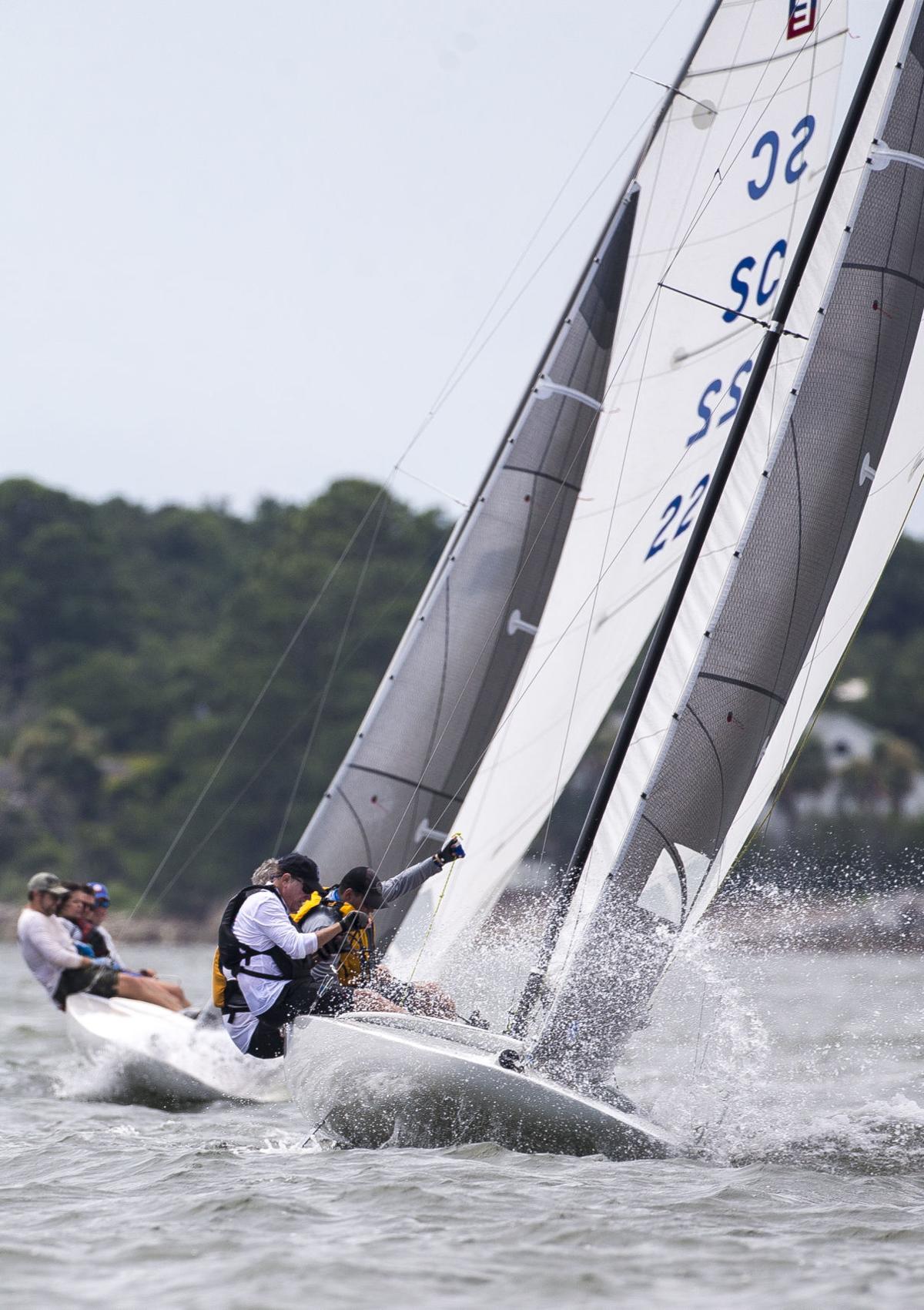 Amid the coronavirus, the Carolina Yacht Club is still expected to have its regatta, but with some restrictions. Here, the E-Scow class competes during the club's regatta in July 2019. File/Staff

Group dinners, poolside fun and other social activities during Charleston’s summer regatta season may be dialed back this year, but local yacht clubs are still planning to put boats in the water.

A couple of months ago, none of the area clubs were sure how the coronavirus pandemic would impact their regattas. Now, with the James Island Yacht Club regatta a month away, the organizations are focusing more on the racing and less on the food and drinks.

“We’re going to limit our social events, and finalize how that will look in the next couple of weeks,” said Matt Watson, the chairman for the James Island regatta.

The 3,500-mile Transat race with Charleston finale canceled due to coronavirus

James Island always kicks off the local regatta season on Father’s Day weekend, which is scheduled for June 21 this year. From there, the Hobcaw Yacht Club in Mount Pleasant will host its event the weekend of July 10.

Watson said organizers of the James Island event will continue watching updates from DHEC and from S.C. Gov. Henry McMaster’s office on how best to proceed with social distancing.

For now, the plan is for their food to be non-buffet, and to limit the number of out-of-towners that participate.

“The sailors are looking to get out in the water and enjoy,” he said. “That should be our main focus.”

For the Hobcaw regatta, Commodore Brooks Melton said competitors have already started registering, so the excitement is being felt around the yacht club.

Things are still pretty fluid, so it’s tough to tell how their social activities will be impacted. The club is known for the festive atmosphere during the regatta, which always includes plenty of food and swimming in their large pool.

“We will have as much fun as we can in a safe and appropriate way,” Melton said. “But I think, in times like these, our regatta is giving everyone something to look forward to."

Harvey McCormick, a longtime member of the Carolina and Sea Island yacht clubs, said both are still planning to move forward with the racing, but that social aspects of the events like dinners and ceremonies have been cancelled.

Similar to the other clubs, if state officials implement stricter guidelines due to COVID-19, Carolina and Sea Island may consider cancellations, McCormick said.

As for the Charleston Yacht Club, Rick McKee, the co-chairman of the sailing committee, said the club will practice social distancing during the regatta.

One change they’re considering is having a pickup line for food that has been cooked by the chef. Instead of a full spread with plates, the food would be packaged in to-go boxes.

“Safety is paramount,” he said. “Things could change. But for now, we’re planning on being as strict and safe as possible.”