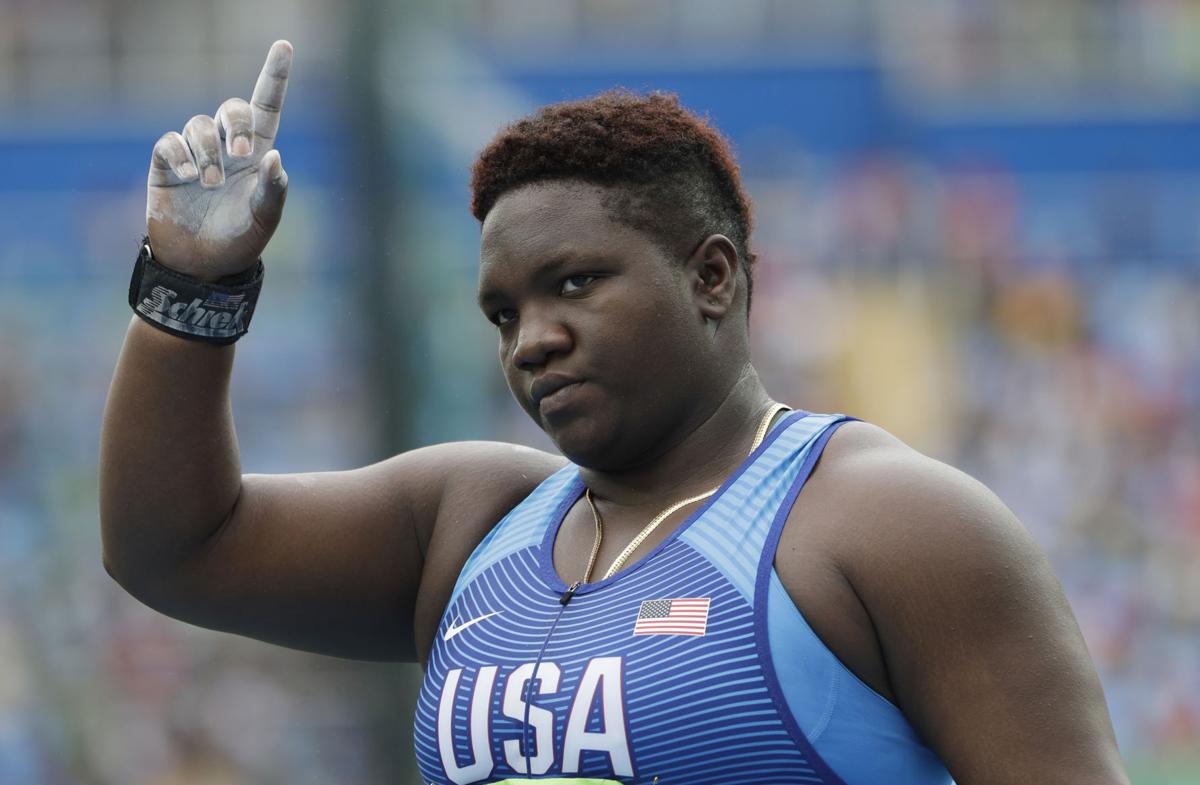 Charleston's Raven Saunders is aiming for an Olympic comeback at the 2020 Games in Tokyo. (AP Photo/Matt Slocum) 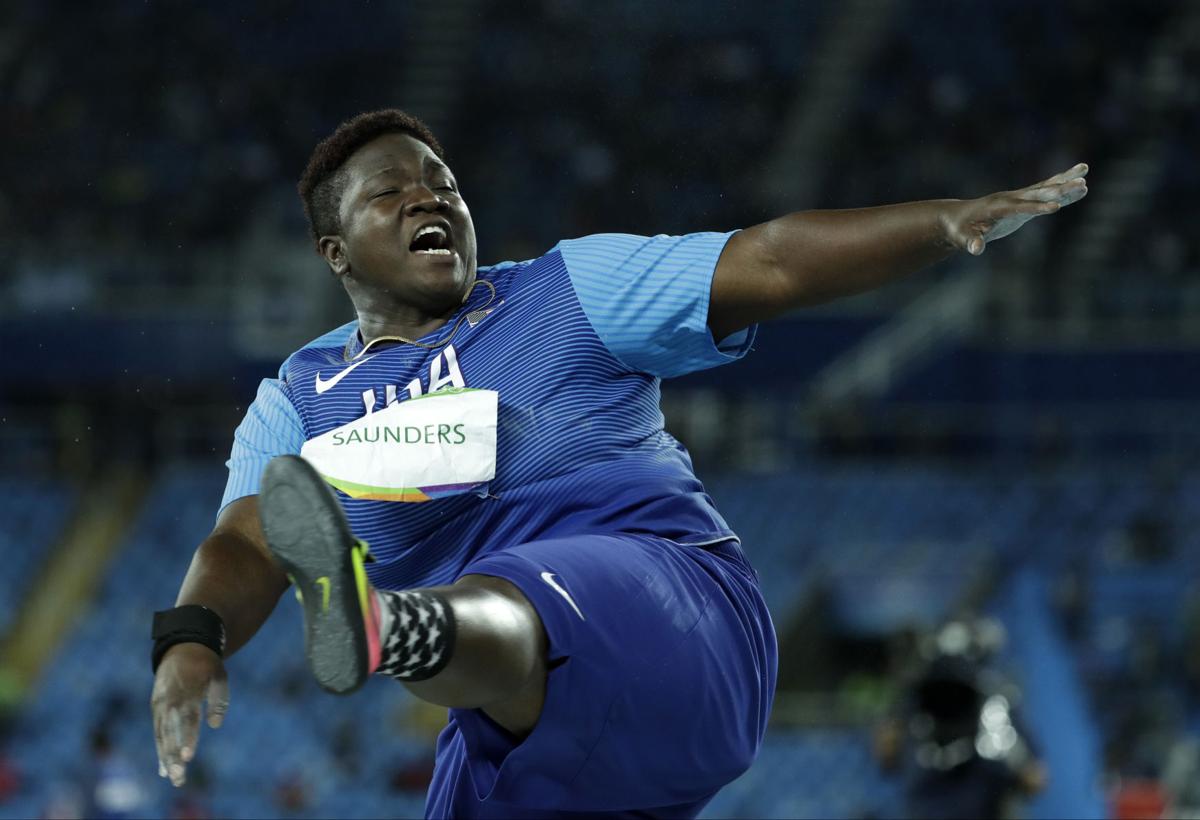 Charleston;s Raven Saunders, seen here at the 2016 Olympics, is aiming for a return to the Olympic Games in 2020 in Tokyo. (AP Photo/Matt Dunham) 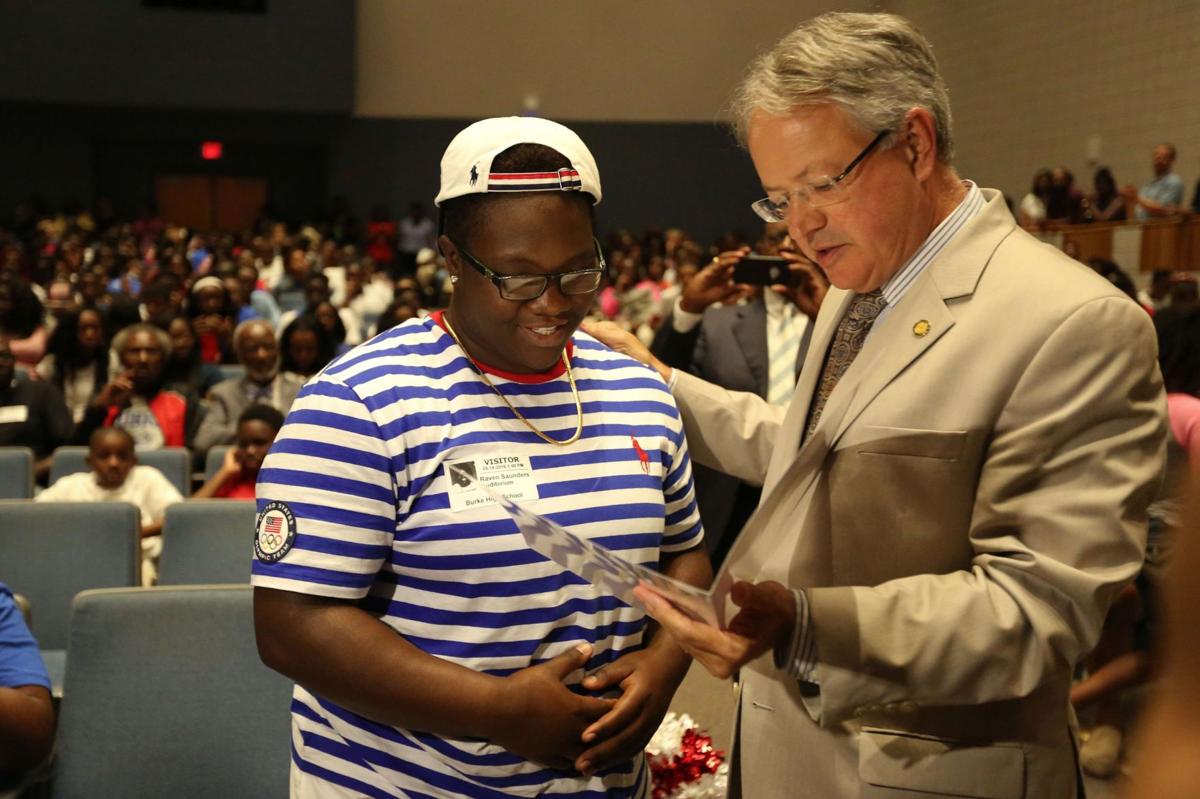 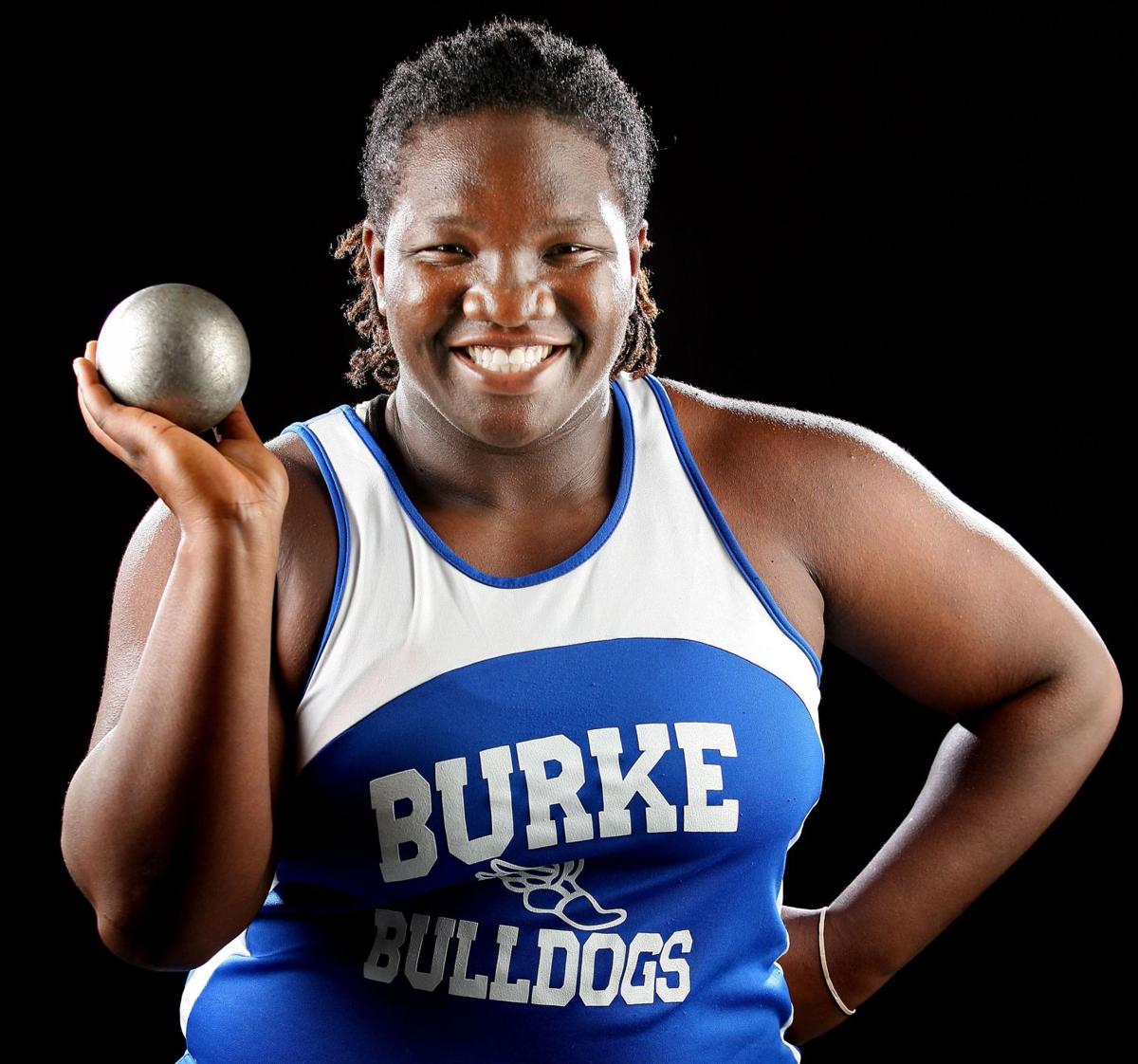 Charleston's Raven Saunders is aiming for an Olympic comeback at the 2020 Games in Tokyo. (AP Photo/Matt Slocum)

Charleston;s Raven Saunders, seen here at the 2016 Olympics, is aiming for a return to the Olympic Games in 2020 in Tokyo. (AP Photo/Matt Dunham)

Two years ago almost to the day, Raven Saunders found herself behind the wheel of her car with no idea where she was headed.

The shot-putting star from Charleston's Burke High School, just 21 years old at the time, had already won four NCAA championships at Southern Illinois and Mississippi, and finished fifth at the 2016 Olympics in Rio de Janeiro.

Back home in Charleston, Mayor John Tecklenburg declared Aug. 17, 2016, as "Raven Saunders Day," and her hometown fans turned out to greet her in a parade that started at Burke and proceeded down King Street. The future looked bright for the athlete whose vibrant smile belied the nickname "Hulk."

But in the aftermath of that Olympic high, things got twisted for Saunders.

School at Mississippi was difficult, and money was tight. Injuries mounted, a violation of team rules kept her out of the SEC championships, and she did not perform as well as she wanted to in the 2017 NCAAs or the World Championships.

On the morning of Jan. 26, 2018, Saunders had a busy day ahead of her. She made a list of everything she had to do, then set out in her car. But as she drove past the Ole Miss campus in Oxford, Miss., her mind went to a dark place.

"I knew I had to be somewhere, but I just rolled past campus and kept driving and driving," she says now. "I was in a daze, and I could tell something was very off. I just felt like I was in over my head. I was probably about 10 or 15 minutes from trying to end my life."

Before she could reach that point, Raven texted a therapist she had worked with at Ole Miss.

"I wanted to let somebody know what was going on, so I texted her that I was afraid and that I didn't know what I was going to do to myself," Saunders said.

I’ll be competing in my first indoor meet since 2017. 2018 I didn’t compete indoors bc on 1/26/18 I was omw to carrying out an attempt to end my life. If not for sending a text to an old therapist I would not be here rn. Everyday I live is a gift bc that day could’ve been my last pic.twitter.com/N9SWlkVU6u

With the help of her therapist and others at Mississippi, Saunders got checked into a mental health facility. Within a month, she had decided to leave Ole Miss, saying a statement that she needed to "take some time and focus on myself."

Saunders has not talked publicly about the incident before but has decided to step forward as she prepares for a comeback aimed at the 2020 Olympics this summer in Tokyo. She did not compete for much of 2019, but she will return to indoor competition next weekend at the Dr. Sander Invitational Columbia Challenge at The Armory in New York, the same facility where she set the national high school record in 2014.

"That was the main reason I left school," she said last week. "That's what was really going on, the back story behind me leaving Ole Miss that people didn't really know about."

Saunders said her mother, Clarissa, and her high school coach, Herbert Johnson, knew little of her troubles until after the fact.

Looking back, Johnson says he can understand the pressures building up on Saunders.

"There is a sacrifice that goes into it if you are going to be successful no matter what your job," he said. "We have a hard time balancing that as adults. So when you are 19 or 20 and one of the best in the world at your sport, people are coming to you. Good people, bad people, people with their own agenda.

"Two years ago, you were just throwing the shot put, and now the world opens up. It's kind of hard to put it all in focus. You can't know it until you go through it."

Saunders said she was diagnosed with depression, anxiety and post-traumatic stress syndrome. With the help of family and coaches, training partners and therapists, meditation and an improved diet, she says she is in a much better place as she returns to competition.

She lives in San Diego and trains at the Olympic Training Center of Chula Vista and at San Diego State. She trains with elite male shot-putters such as American star Darrell Hill and has lost 78 pounds since hip surgery last May.

"I do a lot of meditation and things like that," she said. "And being out here at the training center, I'm around really positive people. We've got Olympians, gold medalists and athletes like that. And with my closest friends, I'm trying to be more vocal about what I'm going through, asking them to check up on me and just trying to be more open about what I'm struggling with."

Johnson said it's important for Saunders to take care of herself day-by-day.

"Whatever she's been told to do, she's got to keep doing that," he said. "That's a daily thing, and she will have to keep that mindset. I really believe she's in a good place now in her head. But she can't put her throwing before her personal self. No matter if she makes it back to the Olympics or not — and I think she will — she's got to keep her head on the day-to-day and that's what I want her to focus on."

The U.S. Olympic Trials are set for June in in Eugene, Oregon. A top-three finish there would send Saunders, just named one of the top 10 female collegiate athletes of the decade by Track and Field News, back to the Olympics for a second time at age 23.

"My goal is to bring home the gold," she said. "Right now, it's just a matter of building back up. I think I'm going to have a fantastic season, with how I'm feeling, how I'm throwing, the support system I have around me. Everything is going great."