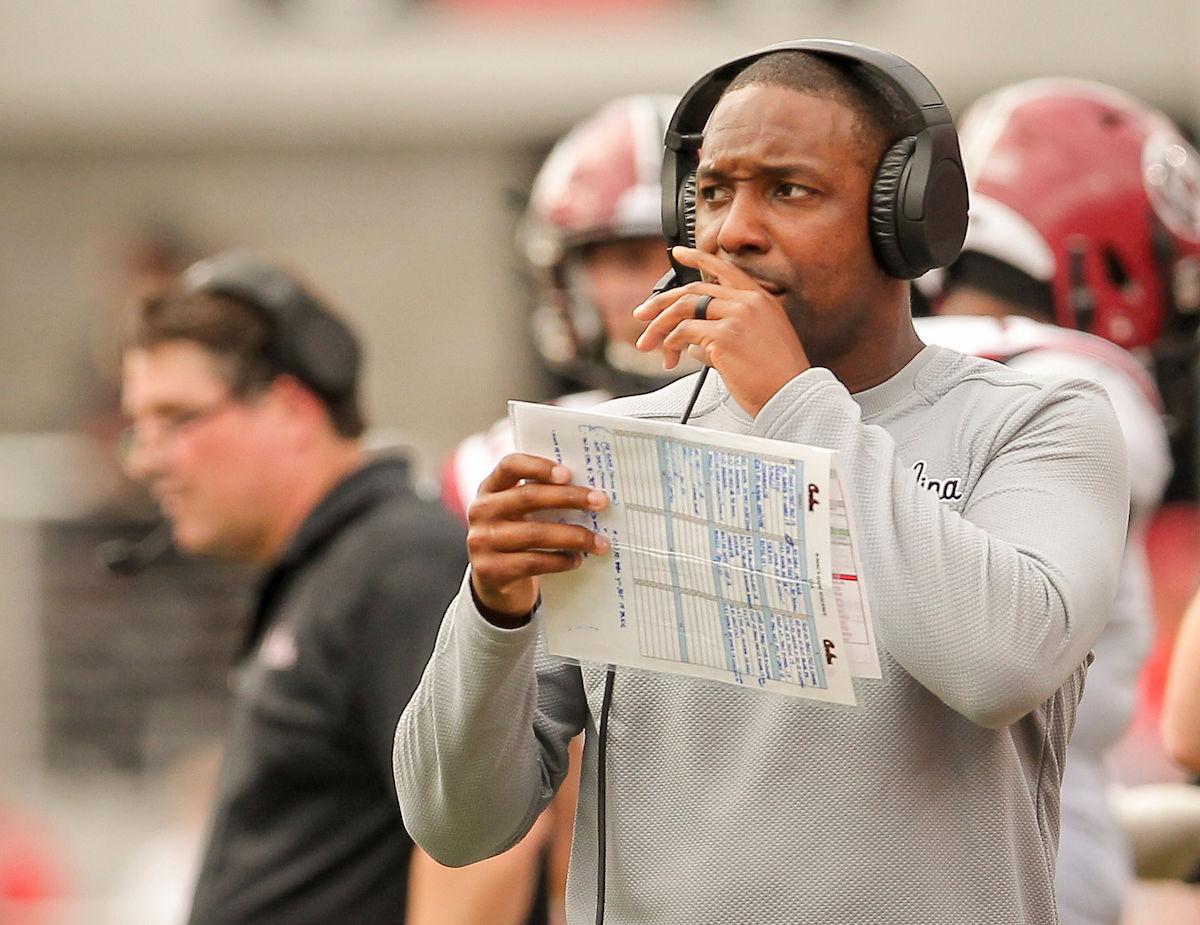 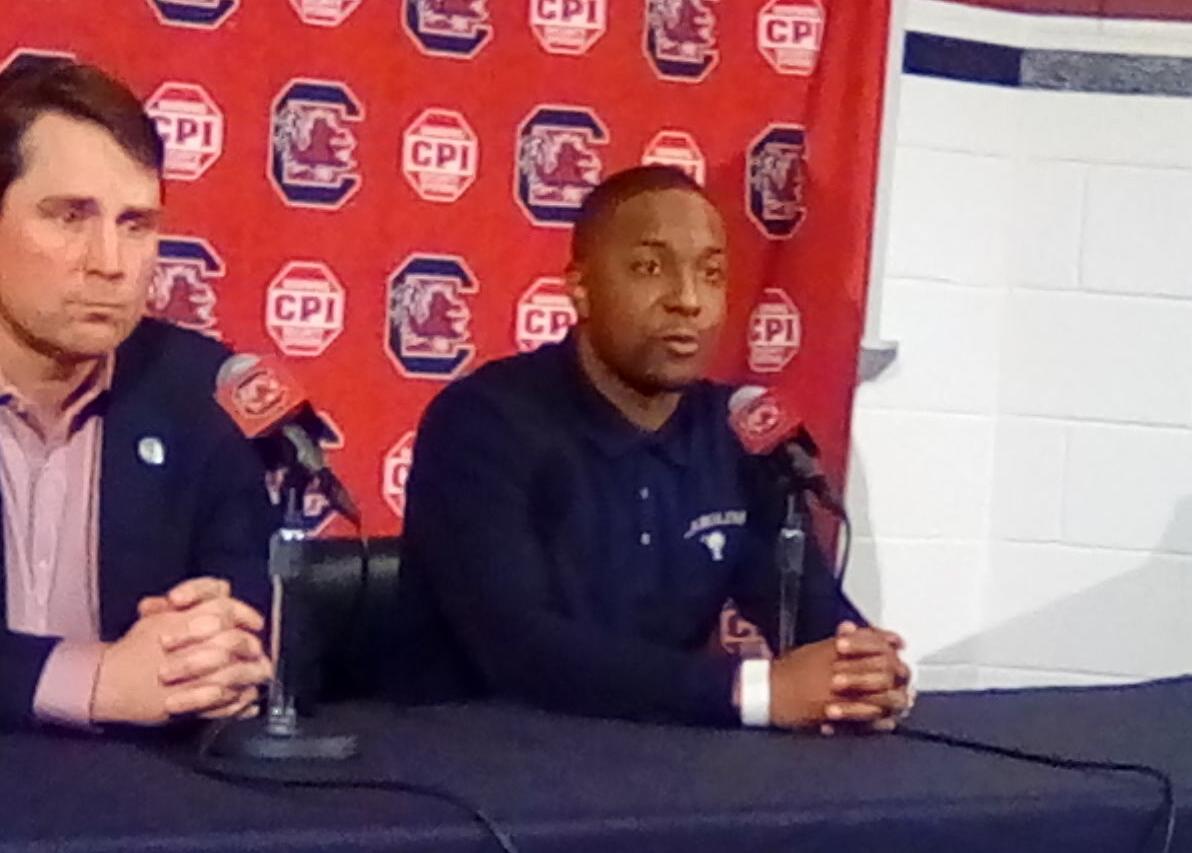 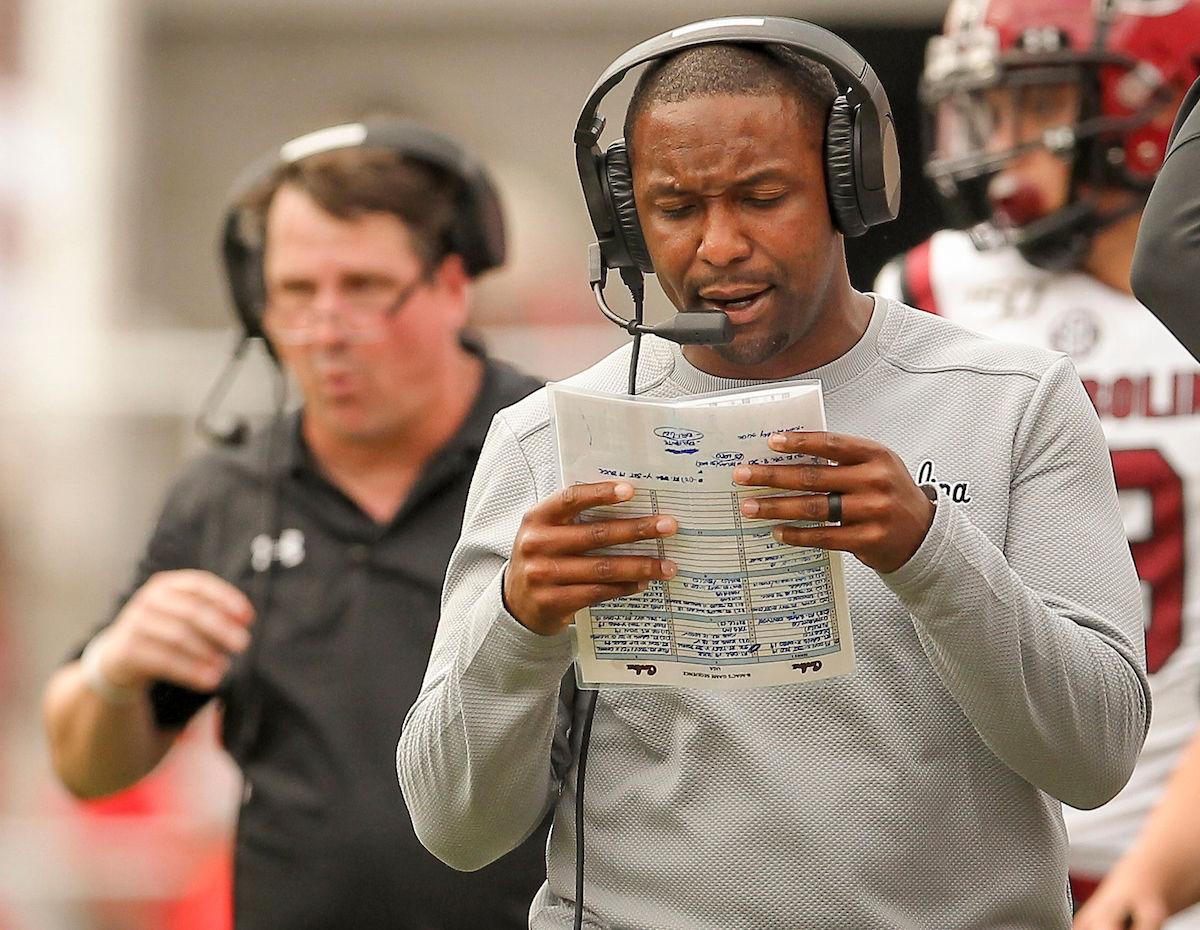 South Carolina offensive coordinator Bryan McClendon's future with the Gamecocks is uncertain as USC heads into its season-ending game against Clemson with a 4-7 record. Travis Bell/Sideline Carolina

South Carolina offensive coordinator Bryan McClendon's future with the Gamecocks is uncertain as USC heads into its season-ending game against Clemson with a 4-7 record. Travis Bell/Sideline Carolina

COLUMBIA — Will Muschamp thought it was gone forever. South Carolina had a good offense in 2018, despite being shut out in its final six quarters.

But as this year's 4-7 team lurches toward its conclusion on Nov. 30, everyone has found out that when Muschamp is the head coach, the tag never goes away, not really.

It’s a Will Muschamp Offense, and disappointment is always one game away. Muschamp had sputtering offenses in four years as Florida's head coach, and while his USC offenses haven't been that bad, the struggles this year are a reminder of the reputation that follows him.

“We’ve got to find some different ways to get our guys in more situations where we create explosive plays down the field and then, our formula, when we’ve been able to run the football, we’ve had some success,” Muschamp said for at least the 30th time this season.

The Gamecocks have 66 rushing yards on 44 carries in their last two games. They scored 21 combined points in losses to Appalachian State and Texas A&M, with one touchdown.

Injuries to running backs have played a huge role. Steadily decreasing production from quarterback Ryan Hilinski has followed, since without a running game, defenses are turning him into a backstop.

But those issues don’t seem to matter to the majority of frustrated USC fans. For many, the problem is Bryan McClendon, the Gamecocks' offensive coordinator and play-caller. And with the news this week that Muschamp will not be fired after this season, the target on McClendon's back is bigger than ever.

“You look at Bryan’s first year as coordinator, we averaged (30) points per game, improved ourselves as far as total points, rushing, passing, in every category and had an outstanding year,” Muschamp said. “This has been an unfortunate year. Did a lot of good things for us.”

Muschamp is right. When McClendon was elevated to play-caller for the Outback Bowl following the 2017 season, his offense caught fire in the fourth quarter and posted a 26-19 comeback victory.

Seeing no reason to stop what was working, Muschamp made McClendon the permanent OC soon after and his 2018 offense did well. The Gamecocks only went 7-6 but rampant injuries to the defense was the story of the season. Yes, USC didn’t score the entire second half against Akron and for the entire Belk Bowl against Virginia, but it did scorch national champion Clemson for 600 yards.

South Carolina president: Muschamp will stay on as Gamecocks coach

This year, injuries have sapped the production. USC is a healthy sixth in the SEC in yardage per game, but 10th in points, and one can’t discount how much 775 yards and 72 points against Charleston Southern raised those totals.

Yet despite strong games against Alabama and Florida, the offense is on its deathbed. The past two weeks have been horrendous.

“Just not being able to get in a rhythm. We go out there, we make a few plays, but we just can’t be consistent with it,” tight end Kyle Markway said. “We need to run the ball better and that opens up our offense.”

McClendon, as per Muschamp’s dictum of not allowing assistant coaches to speak during the season, hasn’t been able to defend himself. Muschamp is expected to make a change during the winter, with the coach only saying the diplomatic “we’ll evaluate after the season.”

“We got to try and find ways to be more productive and put guys in different spots to be successful, and we just haven’t done that," Muschamp said. "Whatever we’re doing is not working, so we need to change.”

McClendon is Muschamp’s fifth offensive coordinator in eight years as a head coach. If Muschamp makes a change there, as he is expected to, will a sixth OC really make a difference? Or will a Will Muschamp Offense always be exactly what it is?