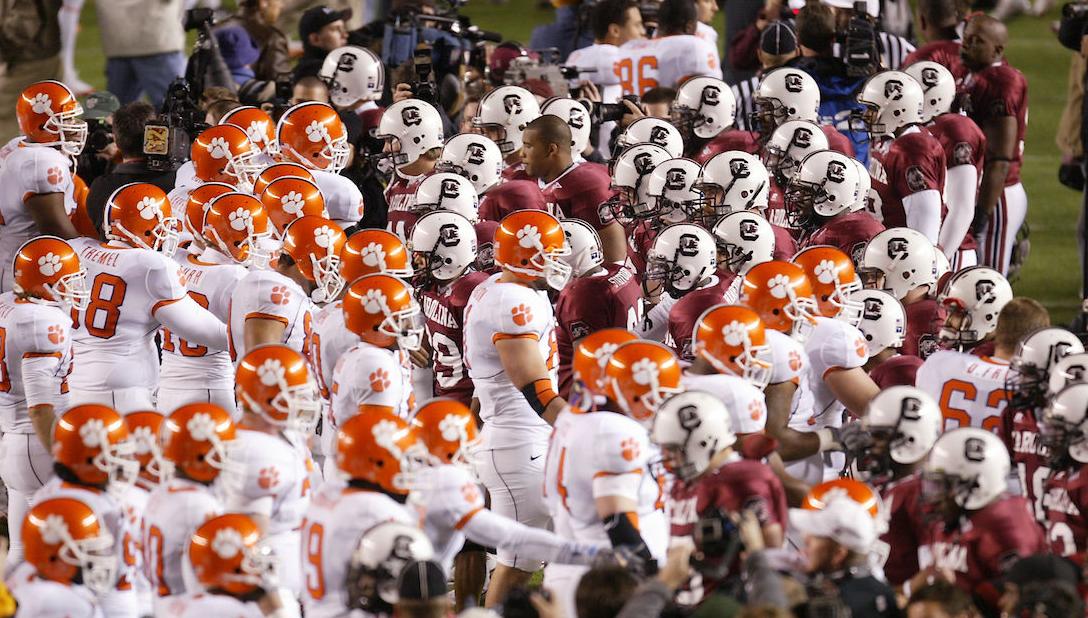 Clemson and South Carolina play Saturday at Williams-Brice Stadium in the 117th meeting between the football teams. File/Travis Bell/Sideline Carolina 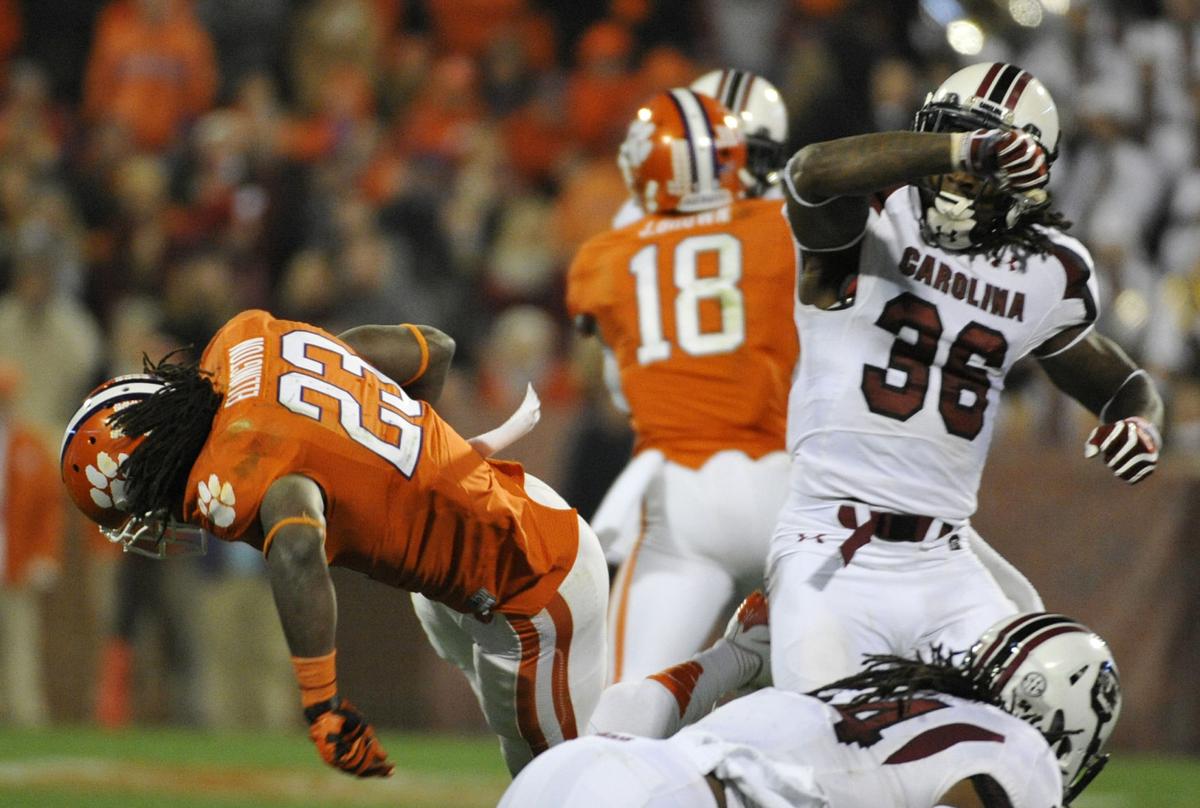 There haven't been many great moments on the Gamecocks' side of the rivalry the last five years.

Clemson and South Carolina play Saturday at Williams-Brice Stadium in the 117th meeting between the football teams. File/Travis Bell/Sideline Carolina

There haven't been many great moments on the Gamecocks' side of the rivalry the last five years.

“Great moments are born from great opportunity. And that’s what you have here tonight, boys. This is your time. Their time? Is done. It’s over.”

COLUMBIA — It has to be a good one.

This one has to have new wrinkles. It needs to be dynamic, awe-inspiring and so unforgettable it’s chiseled into concrete later on, ala Tim Tebow 11 years ago. It has to be so incendiary that Abraham Lincoln and Bear Bryant would stand and applaud.

Not the game plan. South Carolina can diagram Saturday’s rivalry match with No. 3 Clemson any way it wants to and it’s not going to change the fact that the Tigers are better at every position (except punter, and a solid tie at kicker).

The pregame speech. That’s the way, perhaps the only way, the Gamecocks can pull off the upset of the century.

“(Defensive coordinator Travaris Robinson) has gotten real good at those speeches. He gave a great speech before Georgia,” defensive end Daniel Fennell said. “He just let us know about how we’ve been working toward this, and how this is something we’ve wanted to do and how we’ve earned the right to be on this field and win this game.”

Fennell wasn’t the only Gamecock to bring up Georgia. That USC took out a College Football Playoff contender on the road six weeks ago is still stupefying — but what a message it’s sending to each team this week.

Tuesday’s gathering of USC players and coaches featured the usual rivalry banter — what it would mean to win, how much do you despise the other guys, what have you been working on. It also featured the same question to each player.

“What do you have to hear in a pregame speech to play your best?”

“I just need coach to say, ‘Bring it up and let’s go play,’” said center Donell Stanley, trying to avoid becoming 0-6 against Clemson in his career. “At this level, if you need a big speech, especially for a game like this, you’re playing the wrong sport.”

“I’m ready to play right now. I don’t need to hear nothing,” said linebacker Ernest Jones. “(Clemson) said what they had to say, they already said enough.”

Coach Will Muschamp was asked in separate ways. Does he script what he’s going to say, and what does he say to reach the majority of his players?

“We’re going to say the Lord’s Prayer, and then we’re going to say, ‘Let’s go.’ And believe me, after that first time you get hit in the mouth, that pregame speech is out the window,” Muschamp said.

"It’s about your preparation Sunday through Friday to get you ready for Saturday. Nothing I’m going to say in pregame, especially this week. If I got to say something to get you excited in pregame, there’s something wrong.”

He had a point. While football is a game where emotions can channel performance (because of the hitting), too much emotion can rob focus.

He also had a point because Muschamp is as no-nonsense as a plain doughnut. He wouldn’t have Hollywood guide his pregame speeches because he looks like he last went to an actual movie theater when it was a nickel to get in and they showed a Three Stooges short before the newsreel.

Yet for the team’s sake, Muschamp may do well to spend each night this week watching film, but not the type he’s used to. The X’s and O’s don’t stand a chance next to the gems on the silver screen.

How could the Gamecocks not want to throw a few jabs after watching Rocky do the same to Apollo Creed? Could they not benefit from seeing Dan Devine tell his Notre Dame squad that nobody pushes them around in their house during one of the best scenes in “Rudy,” the ultimate little-guy-makes-good story?

Who could keep from ripping the doors off the locker room after Preacher Purl addresses the Hickory High basketball team before the state championship game?

In a game where Clemson is expected to significantly come in ahead of the 27-point spread, what’s to lose by cueing up a few of the greatest hits, or at least taking each player, man to man, and telling them what they need to hear?

Gamecocks trying everything they can to fix sagging offense

“I’m not big on the rah-rah, yelling just to yell. This is a job,” Fennell said. “If we can talk about what we’ve got to do and just talk about doing our jobs at high levels, that’s really all I need to hear."

Fennell paused. He did remember a great speech before a playoff semifinal game in high school.

“My coach just talked about how we were the littler guys and how he played that role and overcame it,” he said, wistfully. “And that was really inspiring.”

It’s football and football plays will win Saturday. Any kind of passionate diatribe won’t have much of an effect.

But it wouldn’t hurt to have a few ready to go.