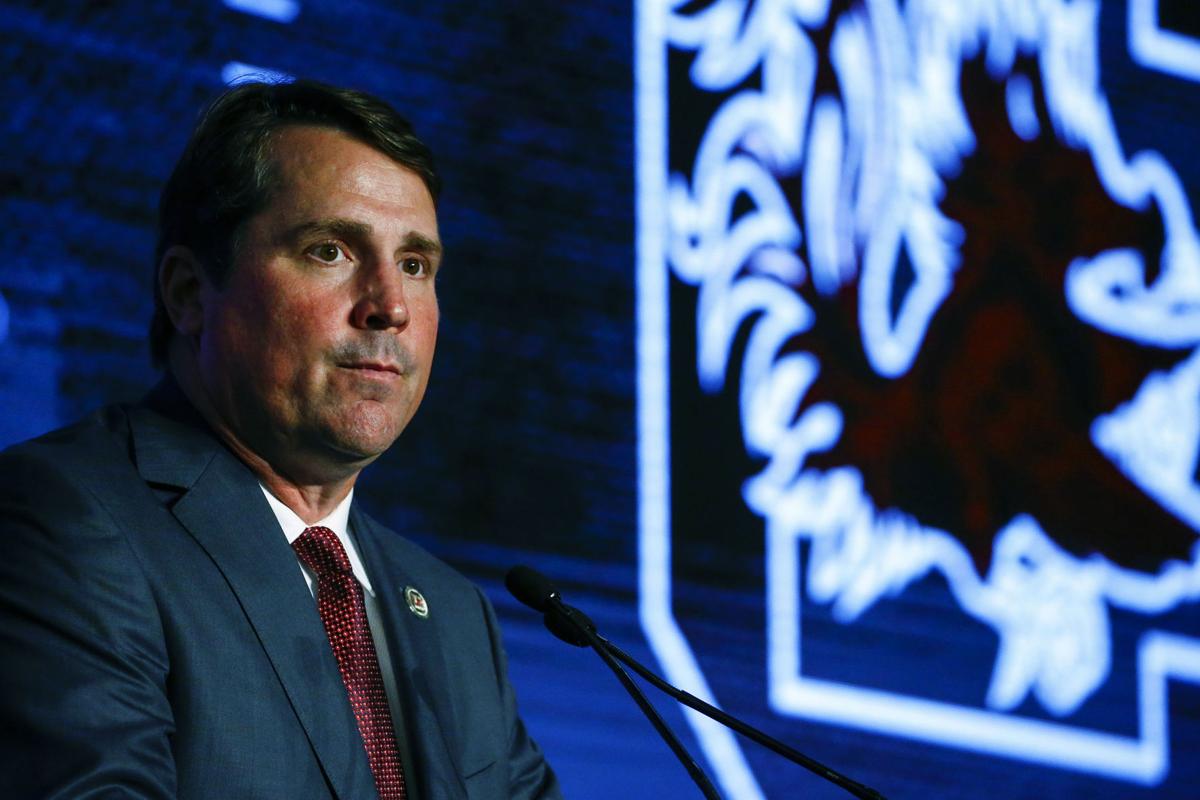 South Carolina football coach Will Muschamp has had his usual summer strength and conditioning plans scuttled by the coronavirus. File/AP 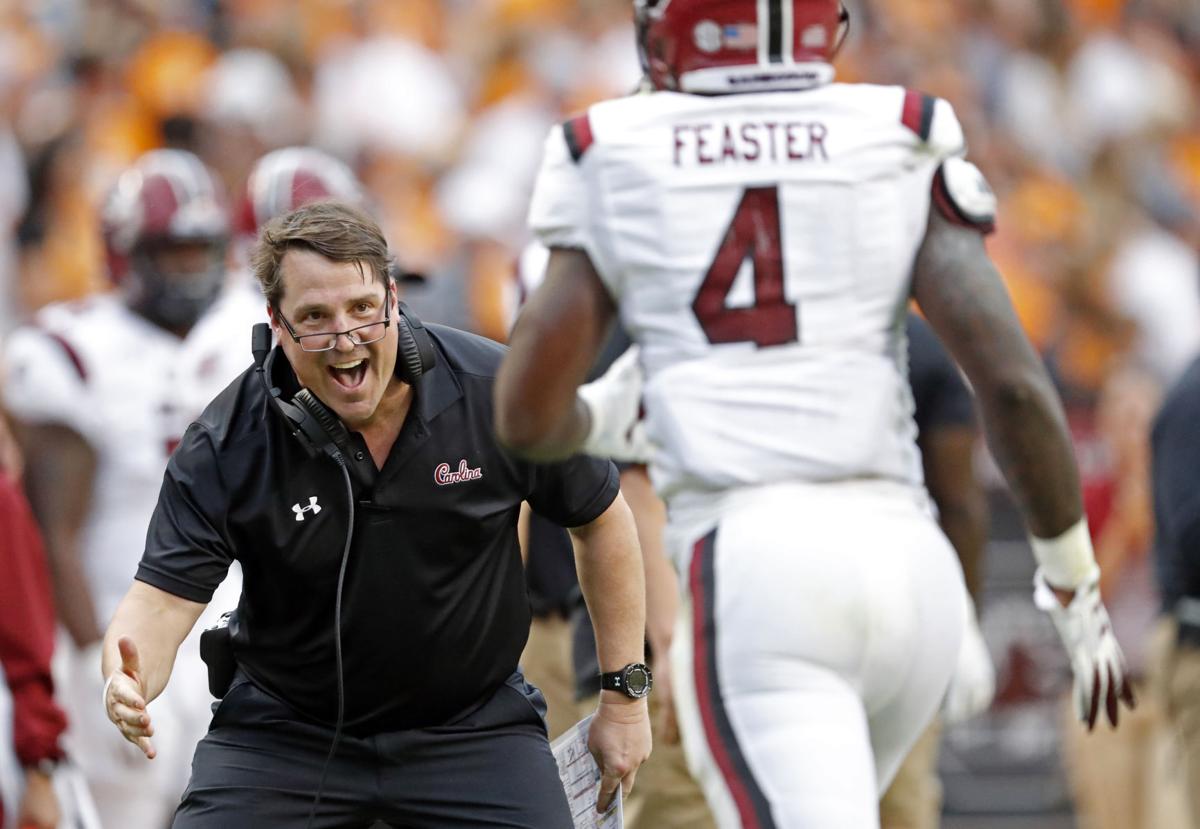 South Carolina head coach Will Muschamp congratulates running back Tavien Feaster (4) after scoring a touchdown against Tennessee on Oct. 26 in Knoxville, Tenn. File/AP 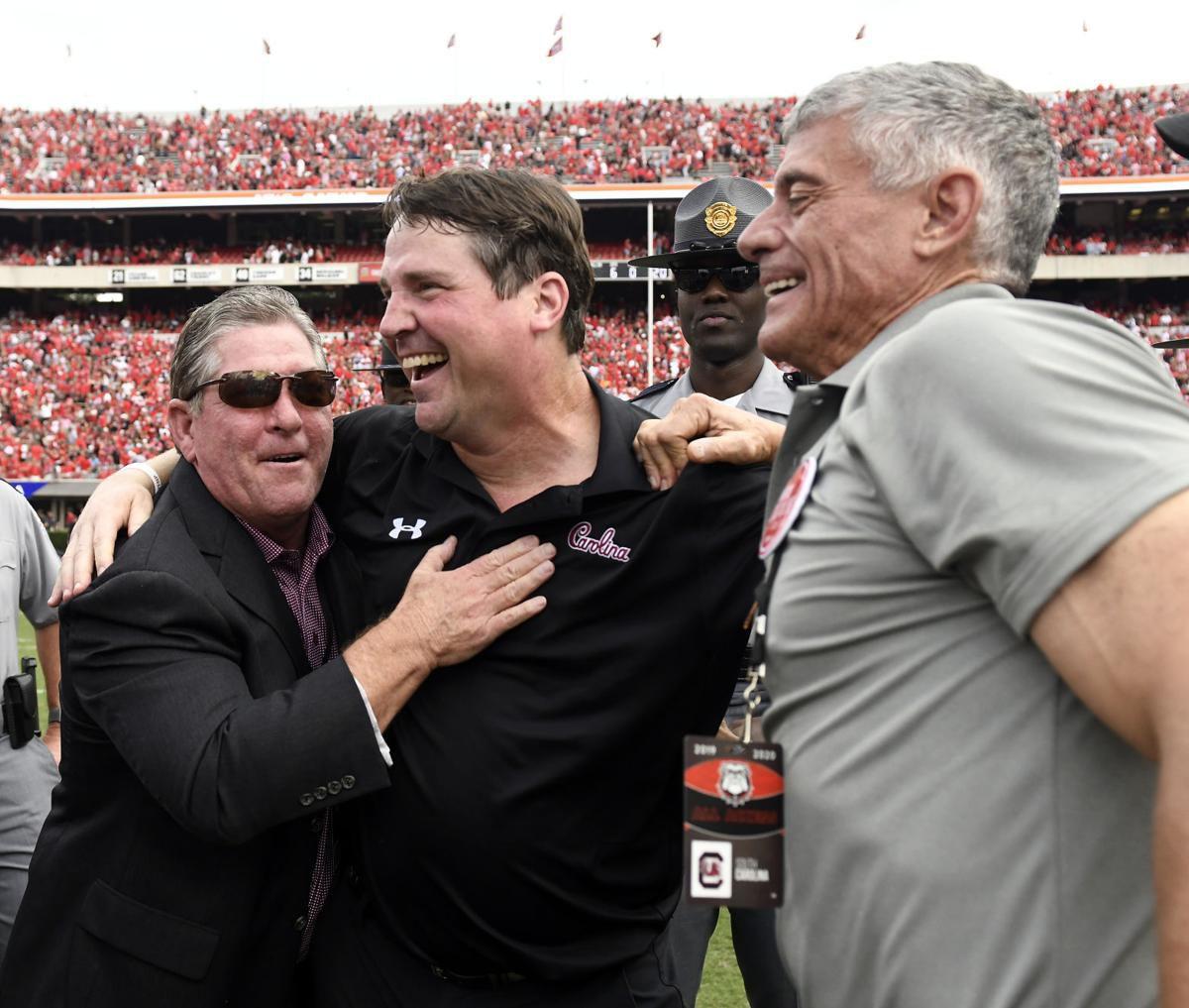 Will Muschamp (center) with Athletics Director Ray Tanner (left) and USC President Bob Caslen after the Gamecocks beat Georgia this season. Jenny Dilworth/Special to The Post and Courier 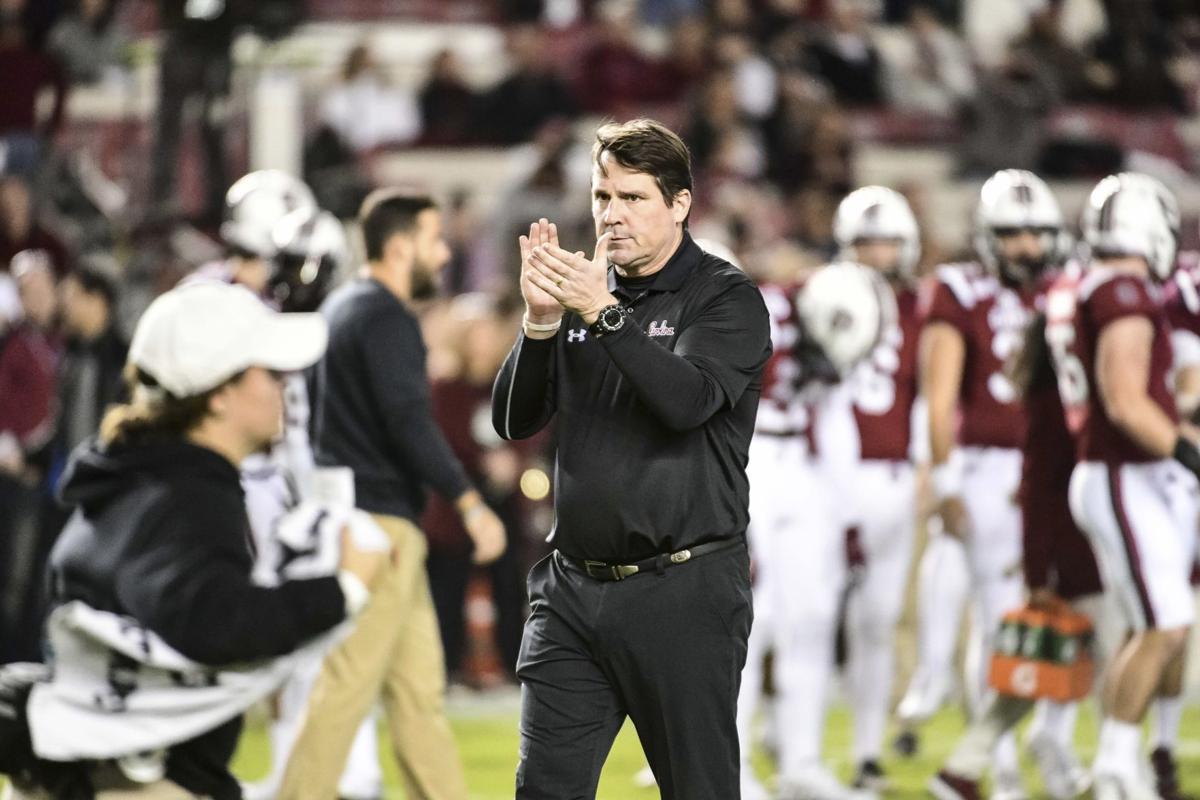 South Carolina head coach Will Muschamp has a new offensive coordinator and a restructured contract. File/AP

South Carolina football coach Will Muschamp has had his usual summer strength and conditioning plans scuttled by the coronavirus. File/AP

South Carolina head coach Will Muschamp congratulates running back Tavien Feaster (4) after scoring a touchdown against Tennessee on Oct. 26 in Knoxville, Tenn. File/AP

COLUMBIA — Will Muschamp is betting $2 million on his next season.

South Carolina’s football coach, unshakable in his belief that he will turn around the Gamecocks after a disastrous 4-8 season, voluntarily agreed to restructure his contract. He will sacrifice an annual $200,000 raise owed him through the life of his five-year deal in order to raise the salary of running backs coach Thomas Brown, which affects his buyout.

If Muschamp were to be fired after the 2020 season, he originally would have been owed $15.3 million, plus a prorated amount of salary (approximately $12,022 per day) from date of termination until Dec. 31.

Now if Muschamp is fired after the 2020 season, he will be owed $13.2 million, plus the prorated amount. He’s wagering that USC will be much better in 2020, which could result in another reworked contract and raised salary.

“The idea was coach Muschamp’s idea, not my suggestion, not my urging,” athletics director Ray Tanner said on a conference call Tuesday. “He came to me with this proposal that he would like to do this.”

USC would save $3 million over the life of the deal (through 2024) but that's all imaginary money at this point. What's real is that Muschamp asked to freeze his salary at $4.4 million from now through 2024, which chopped $2.1 million off his buyout.

The buyout was the biggest part of what an increasingly angry fan base harped on this season as the most talented and experienced team Muschamp has had got worse as the season dragged on. Under the original terms of the deal, Muschamp would have been owed $18.75 million if he was fired after this season, plus a prorated amount for his final days.

Muschamp’s decision was a good move because Brown, a top recruiter and position coach, is a rising star in the business and there isn’t a lot of happiness around the USC football program these days. This was a way that Muschamp could give back, to agree that the season was unacceptable and he was working to repair it, even if that required him to garnish his own wages.

As The Post and Courier reported Sunday afternoon, former Colorado State head coach Mike Bobo is USC’s new offensive coordinator and quarterbacks coach. He was given a two-year deal worth $1.2 million per year on Tuesday.

“I’m excited to bring Mike on board,” Muschamp said in a statement. “He is a proven and respected play-caller and quarterbacks coach who I have faced many times over the years. Over the last 13 years, his offenses have averaged over 31 points and 424 yards per game while converting over 43 percent on third down. He also has a long relationship with both Thomas Brown and (former offensive coordinator/current wide receivers coach) Bryan McClendon, so it will be a smooth transition for our offensive staff.”

Bobo, a former Georgia quarterback who later became the quarterbacks coach and offensive coordinator for his alma mater, was in charge of the Bulldogs’ offense for eight seasons. His teams scored more than 30 points 57 times in 92 games, more than 40 points 29 times and more than 50 points 13 times.

Brown’s contract was extended through the 2020 and 2021 seasons. He would receive a prorated amount of his $500,000 salary through the life of the deal if he were to be fired.

Tight end Kyle Markway announced Tuesday that he will forgo his final year of eligibility and declare for the NFL Draft. He would have been a sixth-year senior if he had returned.

He was the team’s most prolific tight end and its third-leading receiver. Markway caught 31 passes for 349 yards and two touchdowns this season.