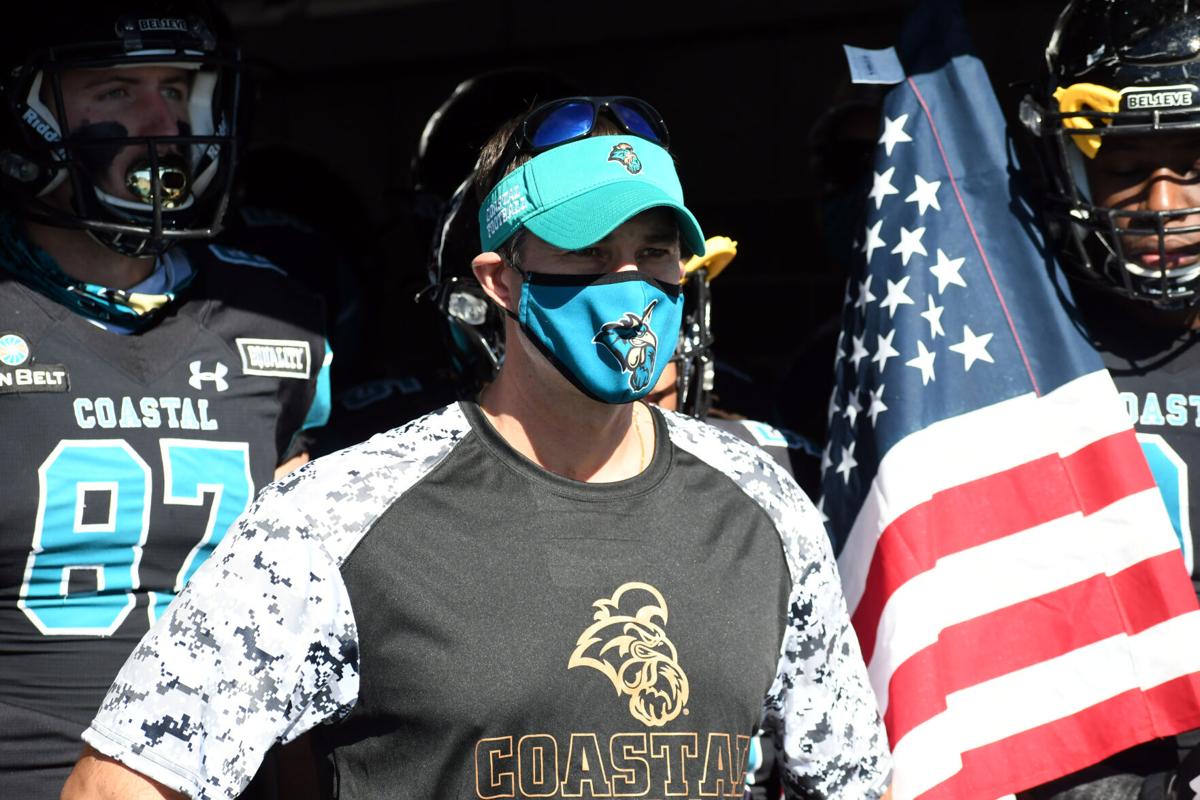 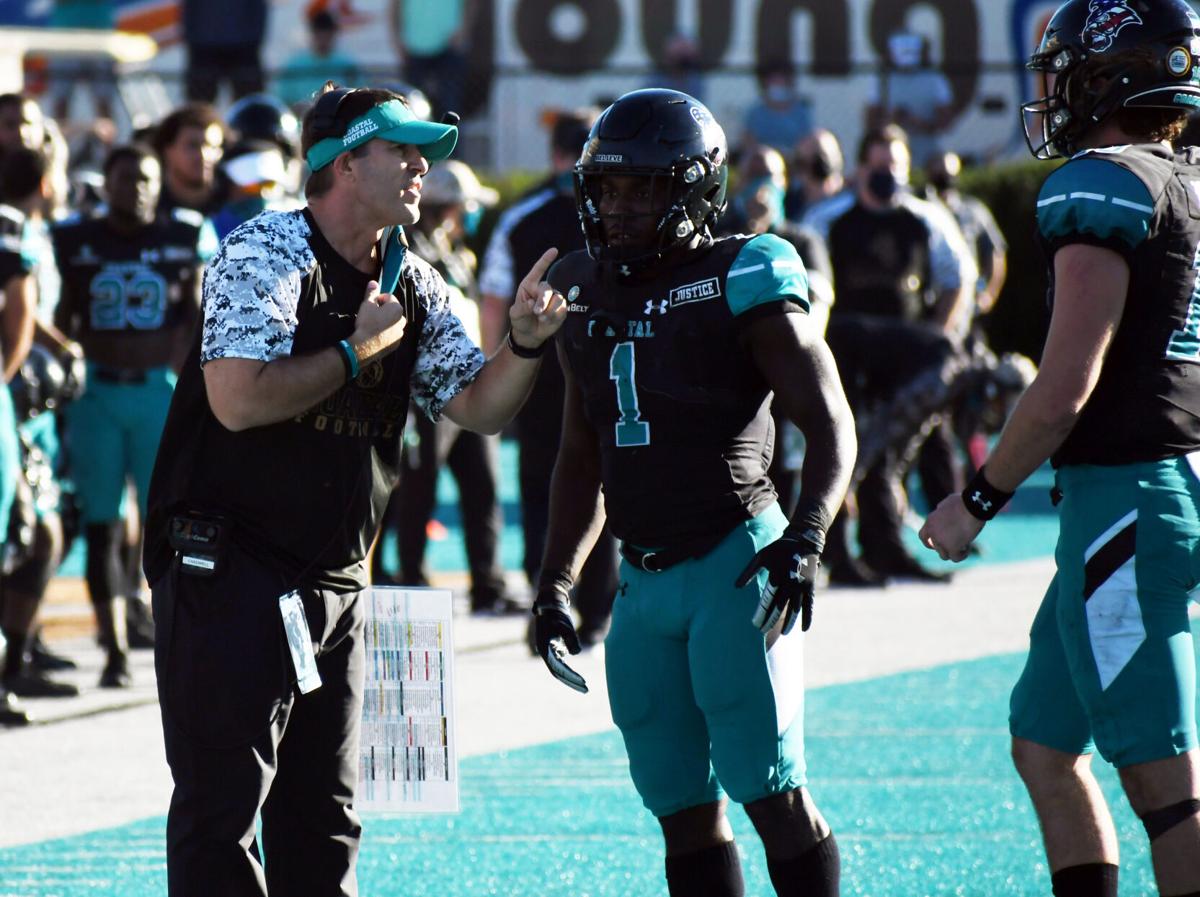 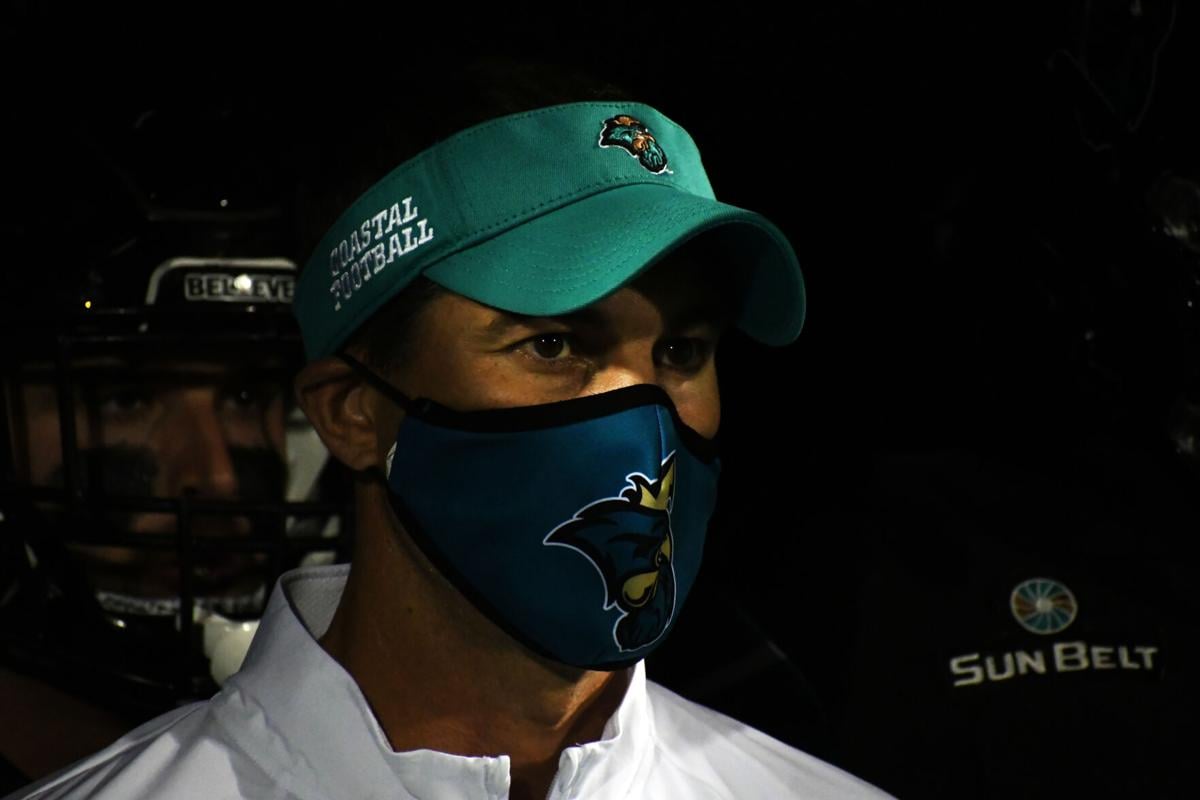 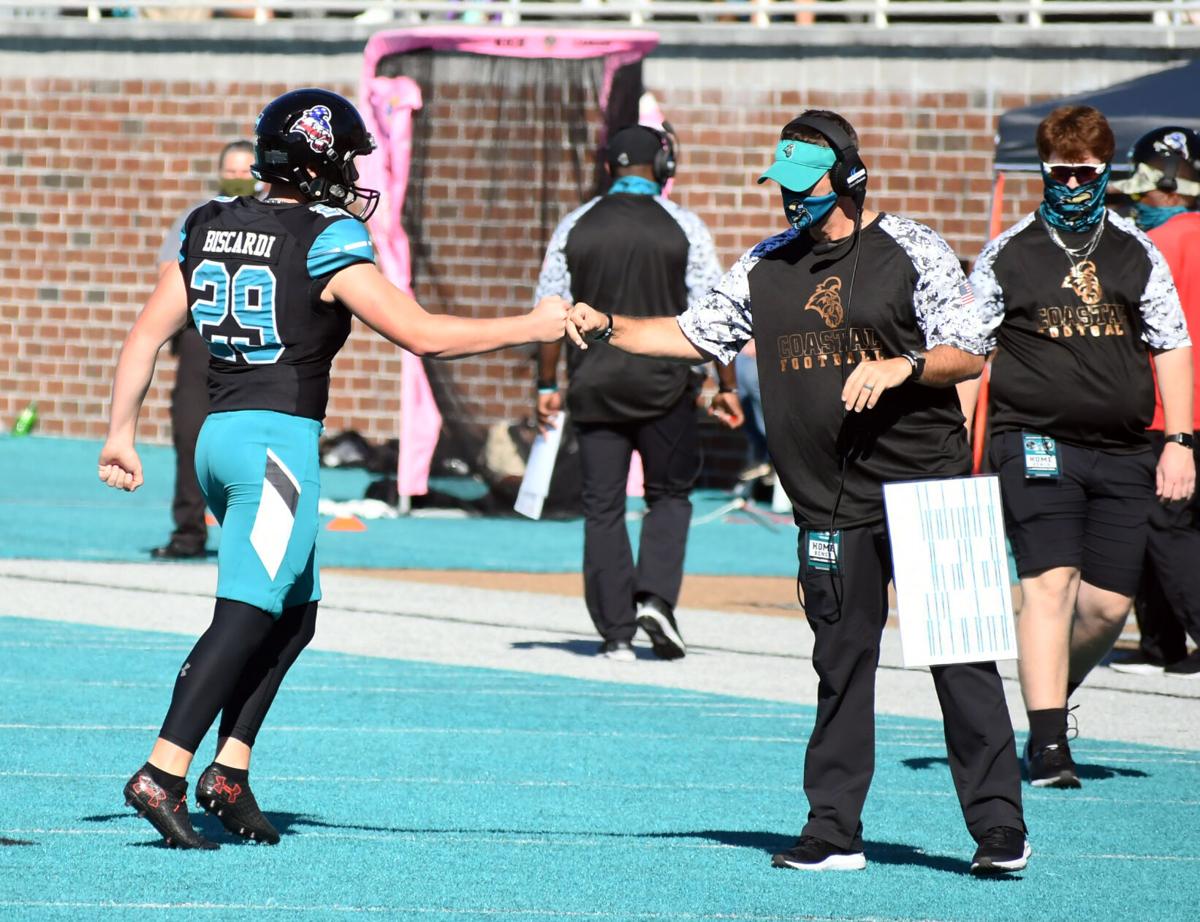 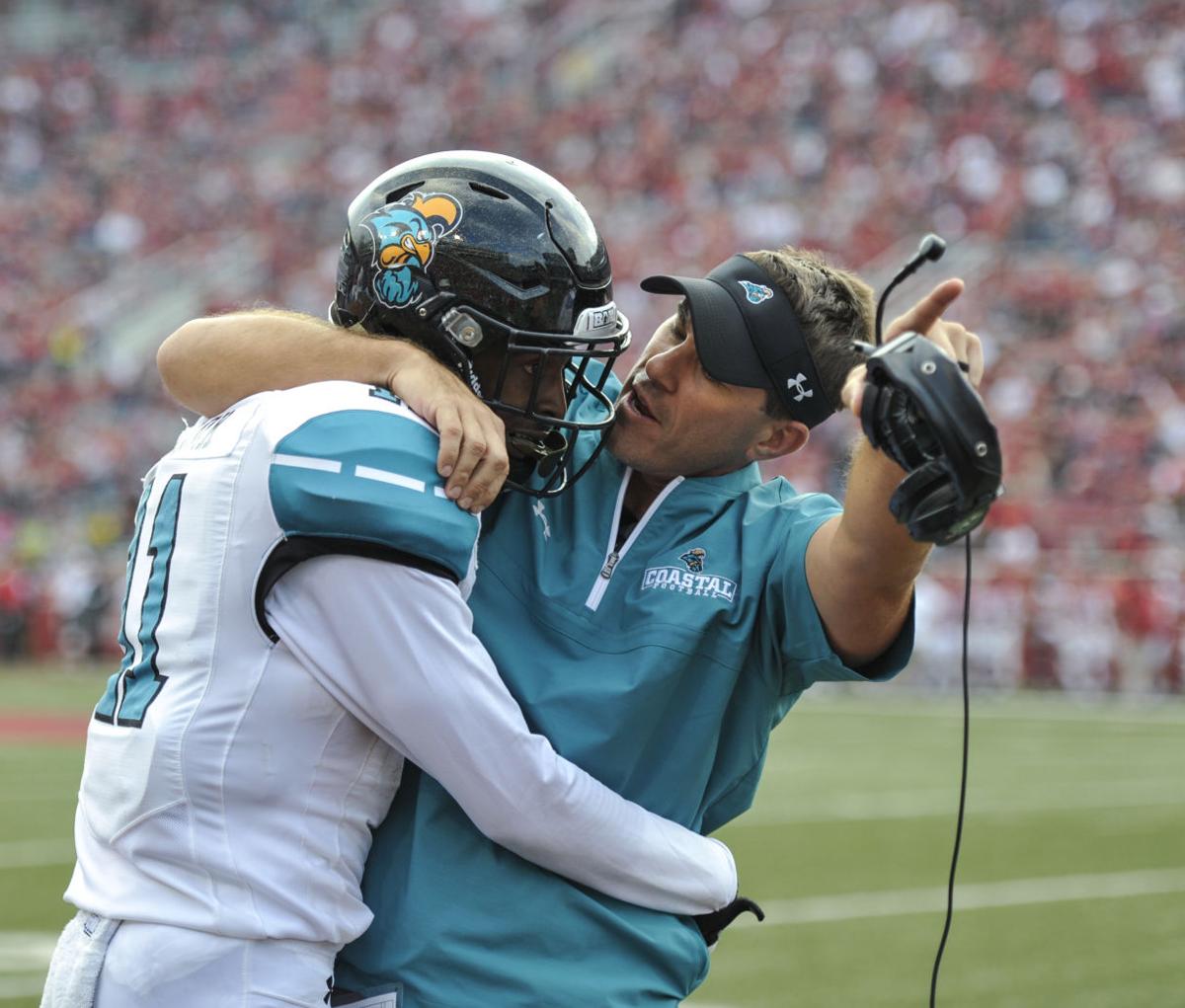 COLUMBIA — Coastal Carolina head coach Jamey Chadwell has spoken with South Carolina Athletics Director Ray Tanner about the Gamecocks' vacant head football coach job, and Oklahoma assistant coach Shane Beamer is scheduled to interview this weekend, sources have told The Post and Courier. They are the first two known interviews in a candidate pool that includes at least six others.

Tanner, sources say, wants to have a decision made by Dec. 5, the same day the Gamecocks end their regular season at Kentucky.

That would give the new coach time to lock in whatever is left of the recruiting class before the early signing period begins on Dec. 16. Six players who committed to coach Will Muschamp have already backed away from their pledges, with the highest-rated, Trenilyas Tatum, flipping to Georgia Tech Wednesday night.

Chadwell, a former head coach at North Greenville and Charleston Southern, has guided Coastal to an 8-0 record and a No. 16 ranking in the Associated Press poll (No. 20 in this weeks College Football Playoff poll). With his home campus two hours from Columbia, it was an easy opportunity for Tanner and Chadwell to meet.

“I’ve commented on this a bunch of times and to be honest with you, I’m getting tired of commenting on it,” Chadwell said at a recent press conference. “I’m not going to comment on any more speculation because I’m getting hammered about all these different things. Our sole focus here is working to win against Texas State and clinch the Sun Belt East.”

The Chanticleeers are at Texas State at 3 p.m. Saturday.

Could Shane Beamer be Gamecocks' next football coach? Former USC players hope so.

A USC assistant from 2007-10, Beamer, the son of longtime Virginia Tech head coach Frank Beamer, has never been a head coach or an offensive or defensive coordinator.

He badly wants the job and would be willing to turn down a could-be head coach spot at his alma mater, Virginia Tech, if it meant he could lead the Gamecocks.

The original plan was for Beamer to be interviewed in Norman after Saturday, but plans may have shifted. The Sooners were set to play at West Virginia on Saturday, but the game was postponed to Dec. 12 after Oklahoma paused team activities due to COVID testing and contact tracing.

The interview protocol also may have shifted. USC President Bob Caslen, a former football player and superintendent at West Point, is involved in the interview process. Caslen announced Wednesday that he has tested positive for COVID, meaning he will not be able to participate in face-to-face interviews for the foreseeable future.

His staff said he has been conducting university business via video conferencing from his home.

Video interviews could also be used if the Gamecocks want to interview Billy Napier, another coach who has stressed that he would like the job. Napier, a former Clemson and Alabama assistant coach and Furman quarterback, tested positive for COVID and has isolated himself from his No. 23 Louisiana football team since Nov. 17.

Louisville head coach Scott Satterfield, a former head coach at Appalachian State, was reportedly scheduled to interview but publicly stated he has not sought out any other jobs. While Satterfield never denied talking to or having an interview set with USC, Louisville athletic director Vince Tyra told The (Louisville) Courier-Journal that there was no interview set.

Andy Shain contributed to this story