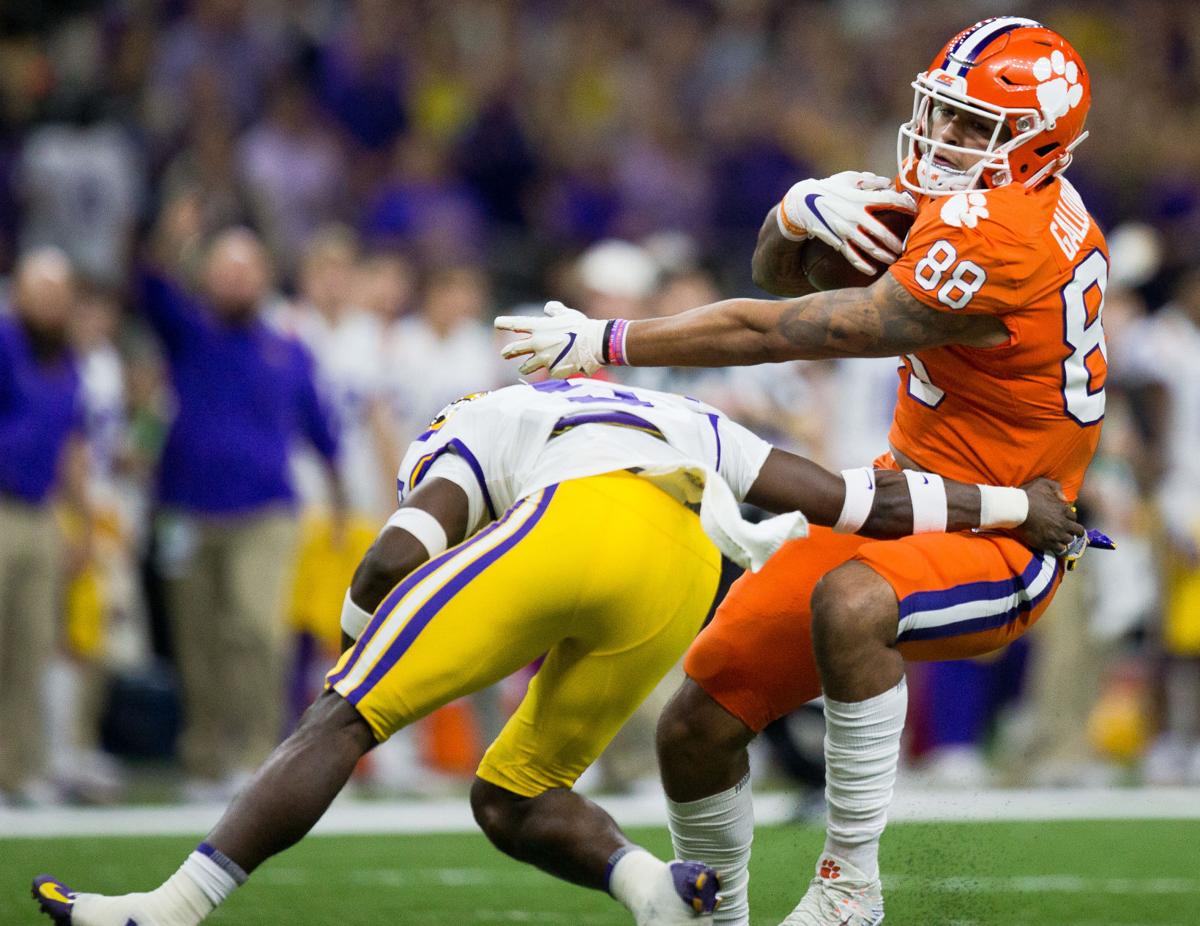 Clemson's Braden Galloway dodges a tackle against LSU in the College Football Playoff national championship game on Jan. 13 in New Orleans. LSU won the game, 42-25, but Galloway projects as a breakout star in 2020. Andrew J. Whitaker/Staff 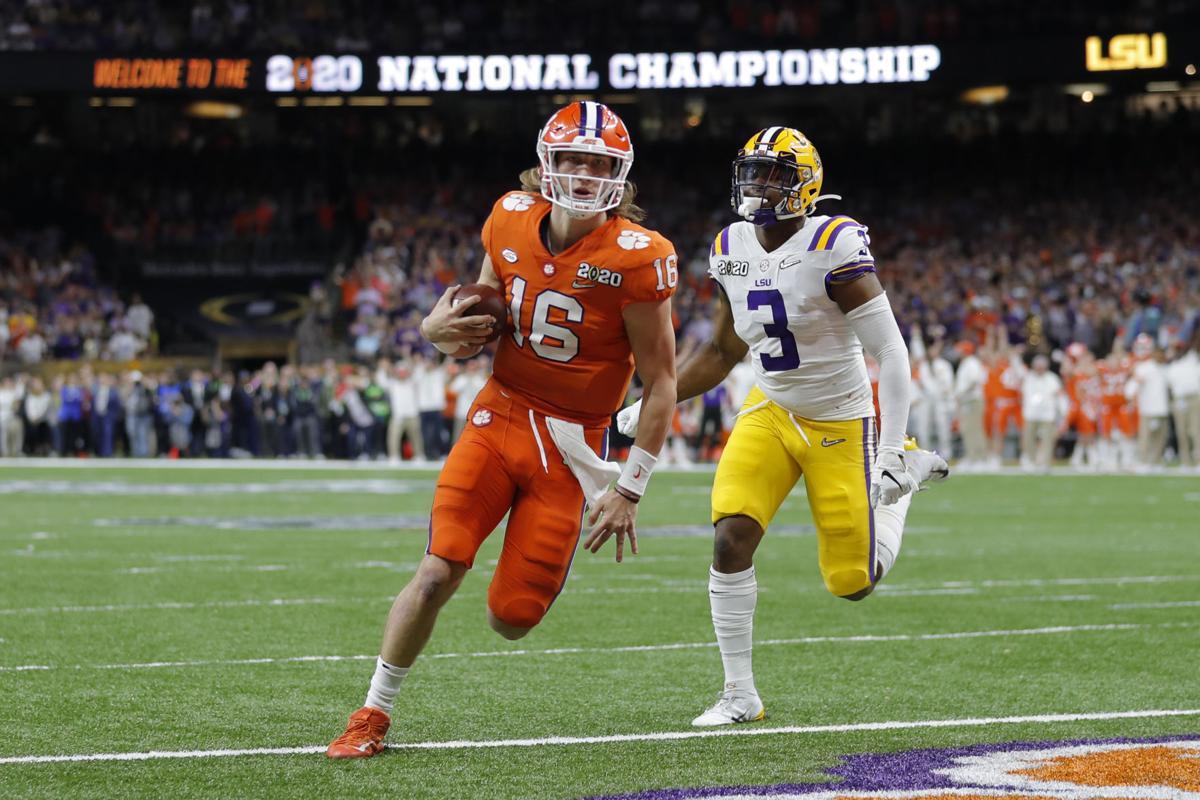 Spotted on Bourbon Street in the wee hours of Tuesday morning: A Clemson football fan flagged down outside a “cabaret.”

“Sorry about the game, sir,” the doorman said. “How about some New Orleans-style entertainment?”

The guy wearing the orange jacket and purple ballcap grinned.

“Wait,” he said. “You mean you’re showing a replay of a Saints game that ends with a bad pass interference call?”

Such is the collective shrug of a Clemson fan base after Monday night’s 42-25 College Football Playoff national championship game loss to LSU at the Superdome. LSU had a great team; Clemson is between championships.

Maybe the difference between a 29-23 playoff semifinal victory over Ohio State in the Fiesta Bowl and New Orleans is simply explained in four contrasts:

Or maybe there are more ominous signs of slippage going into the 2020 season.

Of course, slippage is relative after a historic four-touchdown rout of a Nick Saban-coached team in January of 2019 when there is nowhere to go but down.

The ACC schedule release is 9 a.m. Wednesday on the Packer & Durham show on the ACC Network. But the Nov. 7 non-conference game at Notre Dame, projected as a preseason top 10 team, is by far Clemson’s toughest. Followed by: at Florida State, home against Virginia and home against Louisville in an order to be determined.

Which means it’s again a softer slate than most playoff hopefuls get.

Clemson is an elite team with one of the best quarterbacks in the country in Trevor Lawrence, perhaps the best running back in Travis Etienne and a top-ranked recruiting class full of players ready to make an impact. That combined with a friendly ACC schedule should translate into a playoff semifinal spot in New Orleans or Pasadena.

Clemson against Notre Dame and Alabama in the 2018 season playoffs had five players on defense that projected as NFL Pro Bowl prospects based on actual college production (Christian Wilkins, Clelin Ferrell, Dexter Lawrence, Trayvon Mullen and Isiah Simmons, with Simmons asserting himself late in the season according to defensive coordinator Brent Venables).

Against Ohio State and LSU in the 2019 playoffs?

For the next playoff?

Maybe Kendrick, Davis, Bresee and Murphy. Maybe defensive end Xavier Thomas, who had only two sacks as a sophomore and was suspended for the first quarter of the national title game for “team disciplinary reasons.” Maybe others.

That’s more maybes than going into the 2018 season.

Lawrence has first overall NFL draft pick talent, and those dazzling passing performances against Notre Dame and Alabama. He improved in the second half of his sophomore season (22 touchdown passes and zero interceptions over Clemson’s final eight games).

But 18 of 33 passing against Ohio State and 18 of 37 against LSU was puzzling if Lawrence was healthy and puts his accuracy on trial going into Clemson’s next few big games.

That is, Notre Dame and a playoff semifinal.

Coming Monday: Way too early look at 2020 for the South Carolina Gamecocks.