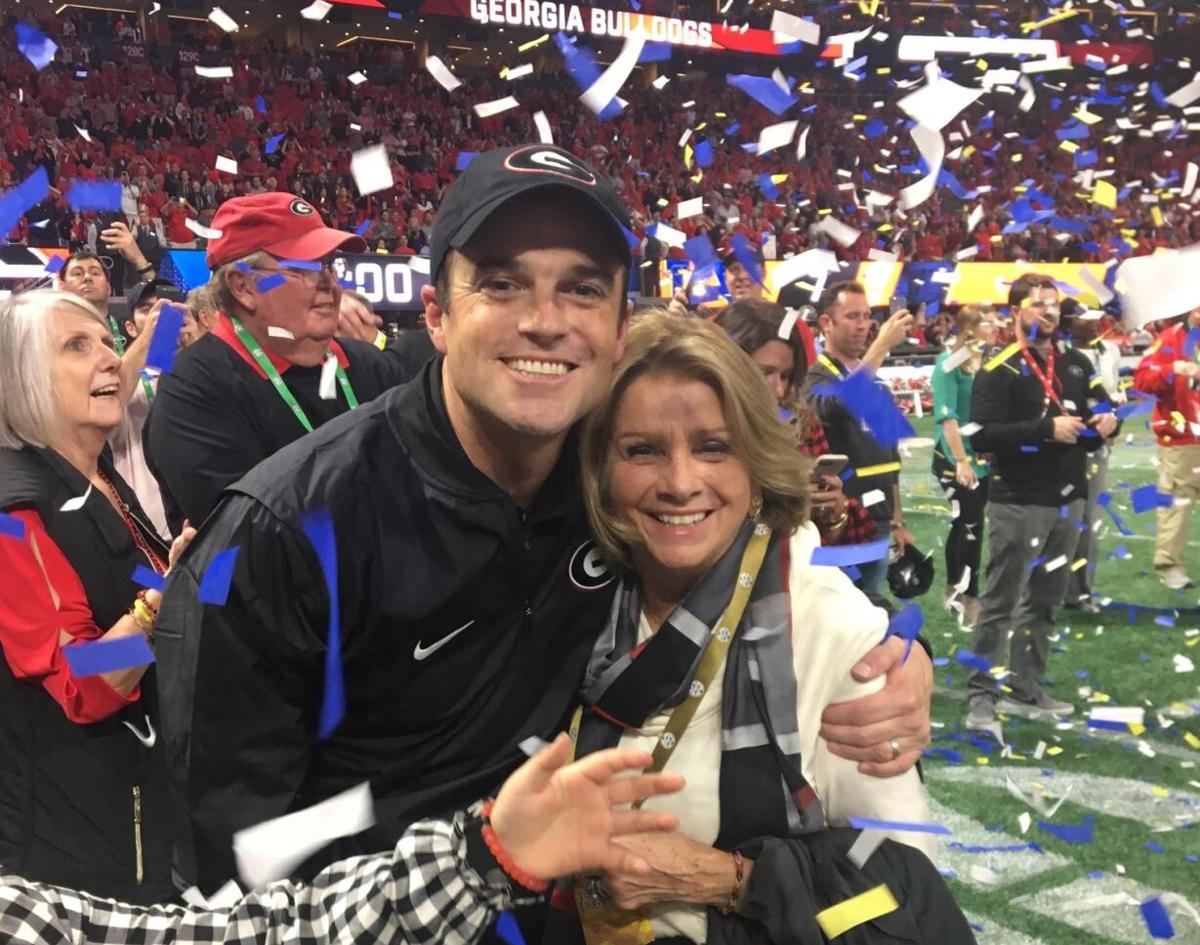 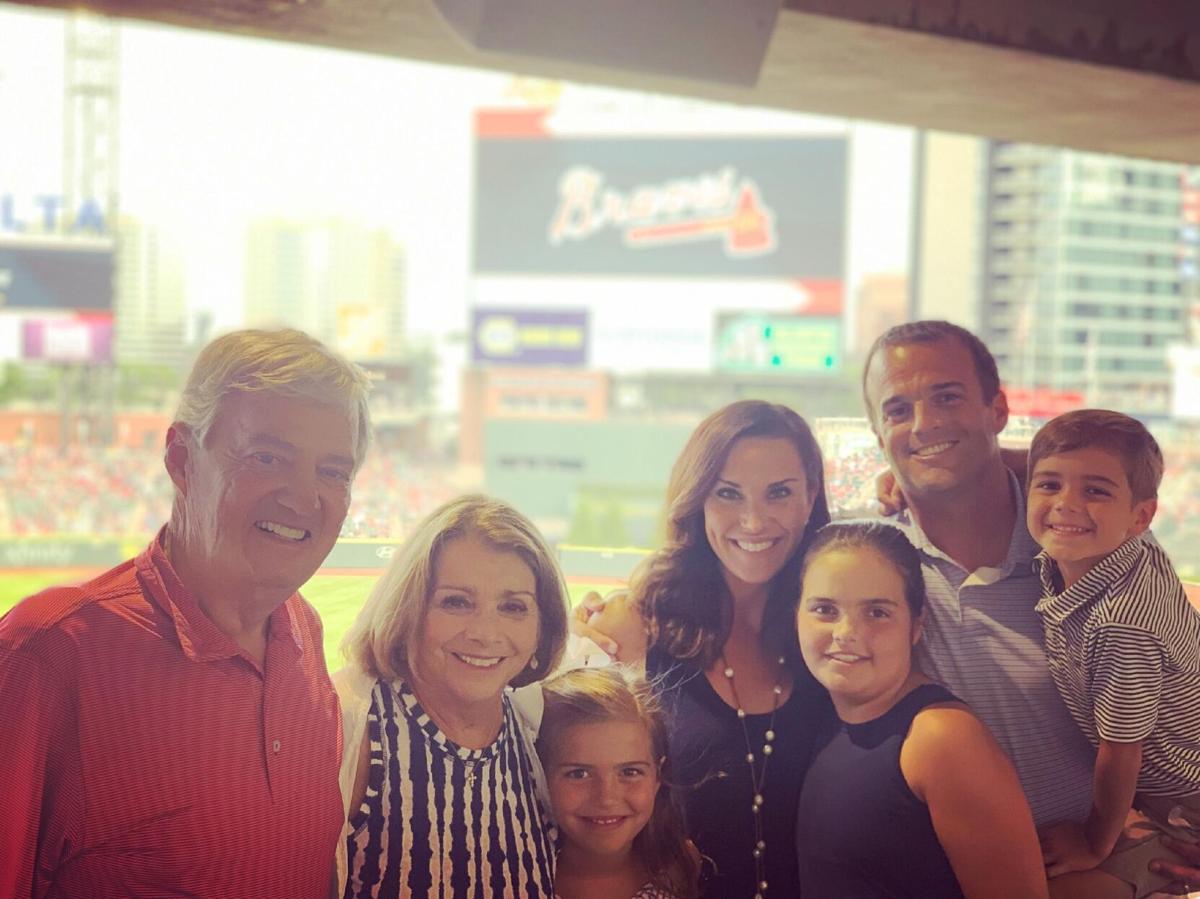 Everything Shane Beamer got from his parents – indeed, as much from an underrated mother as the famed father – is summarized in two words.

It’s also a precise reflection of Cheryl Beamer’s influence as a master of detail. Note, too, that she is a self-described “babbler” rarely accused of brevity.

So, Mrs. Beamer, what advice do you have for a son preparing for his first season as a head coach, at South Carolina in the SEC gauntlet?

That’s because Shane Beamer, 43, grew up watching his mother make lists, more lists and then lists of all those lists. The oldest of Frank and Cheryl’s two children scripted elementary school; he had his clothes laid out, book bag packed and lunch money ready every night.

Of course, Beamer this week arrived at the Gamecocks’ football building before dawn and stayed up late in his rented condo making his own lists. Because the same guy combed through his father’s pregame itinerary and, just like dad, wore a suit on road trips — as a fourth-grader.

“Shane has his act together, obviously,” Cheryl Beamer said. “He’s seen it. Been there, done that. Just take care of your health, that’s the only thing I would tell him to do.

Planning, preparation, whatever you want to call it. Shane’s existence is proof that luck is the residue of his mom’s design.

Cheryl, attending UNC Greensboro, got tired of being a third wheel and said so.

Which prompted Sheila and Waddey to pull out a Virginia Tech football media guide that included short bios of each player.

Grew up on a farm in Fancy Gap, Virginia.

So when Shane Beamer in Columbia says, “I wake up every morning long before the sun comes up,” and, “I cannot wait to get in this building,” and, “I don’t do much of anything except sit in my office and try to make this program better,” it’s not just a Frank Beamer thing.

Sure, you don’t grow up as the only son of a coach who won 238 games over 29 seasons at Virginia Tech — so many that there’s a bronzed Frank Beamer statue on campus – and not benefit. A lot.

Frank Beamer coached in 23 bowl games and got the Hokies into the 1999 BCS National Championship Game (a loss to Florida State in the Sugar Bowl on Jan. 4, 2000).

But there was as much of Cheryl as Frank in Shane’s smile as he peddled a bicycle to Virginia Tech practices.

The refined Shane borrowed sister Casey’s Fisher-Price walkie-talkies to call plays down from a perch at the Beamer’s Blacksburg house to other kids playing football outside.

One day in high school, Shane Beamer told his dad he seriously wanted to go into coaching.

Frank Beamer, perplexed: “Are you nuts?”

Cheryl Beamer was the prolific producer of thank you notes at home with the kids when Frank was at work and Shane was writing college and NFL teams asking for more media guides to study.

She knew that in Frank Beamer’s rough early years at Virginia Tech — 2-9 followed by 3-8 — Shane got teased at school.

And that, surprisingly, he wasn’t too bothered by it. She observed Shane reading and rereading old Citadel playbooks from when Frank Beamer was on Bobby Ross and Art Baker staffs in Charleston, where Shane was born on March 31, 1977.

Sapakoff: A Deshaun Watson-Trevor Lawrence trade makes too much sense

She took Shane “all over Virginia” for youth sports events. Never missed a game.

“To this day, no matter where I’ve been,” Beamer said, “I come in off the field and within five minutes after every game she has called.”

And those moms, they notice every little thing. Like the time a few years ago at an Oklahoma home game when Cheryl Beamer looked up at the huge video board in Norman to see a quick sideline shot of her son.

He had just head-butted a player to celebrate a blocked kick.

“So now he’s bleeding and it’s a TV timeout and they have to patch him up and he has to change shirts,” Cheryl Beamer said, laughing about it now.

It’s a close-knit family, always has been. Cheryl’s mother still lives in Richmond. Shane’s sister Casey Prater worked in marketing for the Carolina Panthers and lives in Charlotte. She is married to former Virginia Tech wrestler Canaan Prater, an orthopedic surgeon.

Emily and the kids (daughters Sutton and Olivia and son Hunter) are still in Oklahoma but regularly FaceTime with Shane.

And, of course, with Cheryl, the 73-year-old doting grandmother.

Cheryl and Casey occasionally enjoy mother-daughter weekends in Charleston. Shane, Emily and the kids love their week at Kiawah Island each summer. Both traditions come from Frank Beamer’s time at The Citadel, when the Beamers lived on campus.

They rode bikes to the Battery for exercise. Cheryl worked in the school library.

Yet the Beamers know when to stay apart, too.

Though Shane was a long-snapper and wide receiver at Virginia Tech, Cheryl says Frank Beamer has never made a phone call to help Shane get a job.

Frank will be available for unofficial brain-picking, Cheryl Beamer said, but won’t have an official role at South Carolina.

“Sometimes having a last name like Beamer opens doors,” said Marcus Satterfield, the new South Carolina offensive coordinator who has known Shane since they were grad assistants at Tennessee in 2002. “But Shane works really, really hard to prove he’s gotten everything he’s gotten not because his last name is Beamer but because he’s a really good football coach and a steady football coach that works his butt off at everything that he does.”

Beamer in that grad assistant role at Tennessee made sure he knew recruits well. Down to the names of their prom dates.

He offered a PowerPoint presentation at his initial South Carolina interview in December. Athletic director Ray Tanner, after firing Will Muschamp, was determined to curb enthusiasm stemming from widespread support for Beamer among former players. They liked the energy and organizational skills in a young assistant coach who from 2007-2010 helped Spurrier lay the foundation for the program’s best years.

But Tanner was blown away by Beamer’s overall command.

“Shane is who he is,” Cheryl Beamer said. “He is always going to be straight with you.

“I just hope people’s expectations aren’t out of whack. I hope they’re excited that he’s excited but realize things don’t happen overnight. It’s a process. Coach Muschamp and his staff did a good job and worked hard but sometimes things just don’t work out the way you think they should.”

To guard against that, Shane Beamer has, since childhood and thanks to both parents, been working on a good plan.