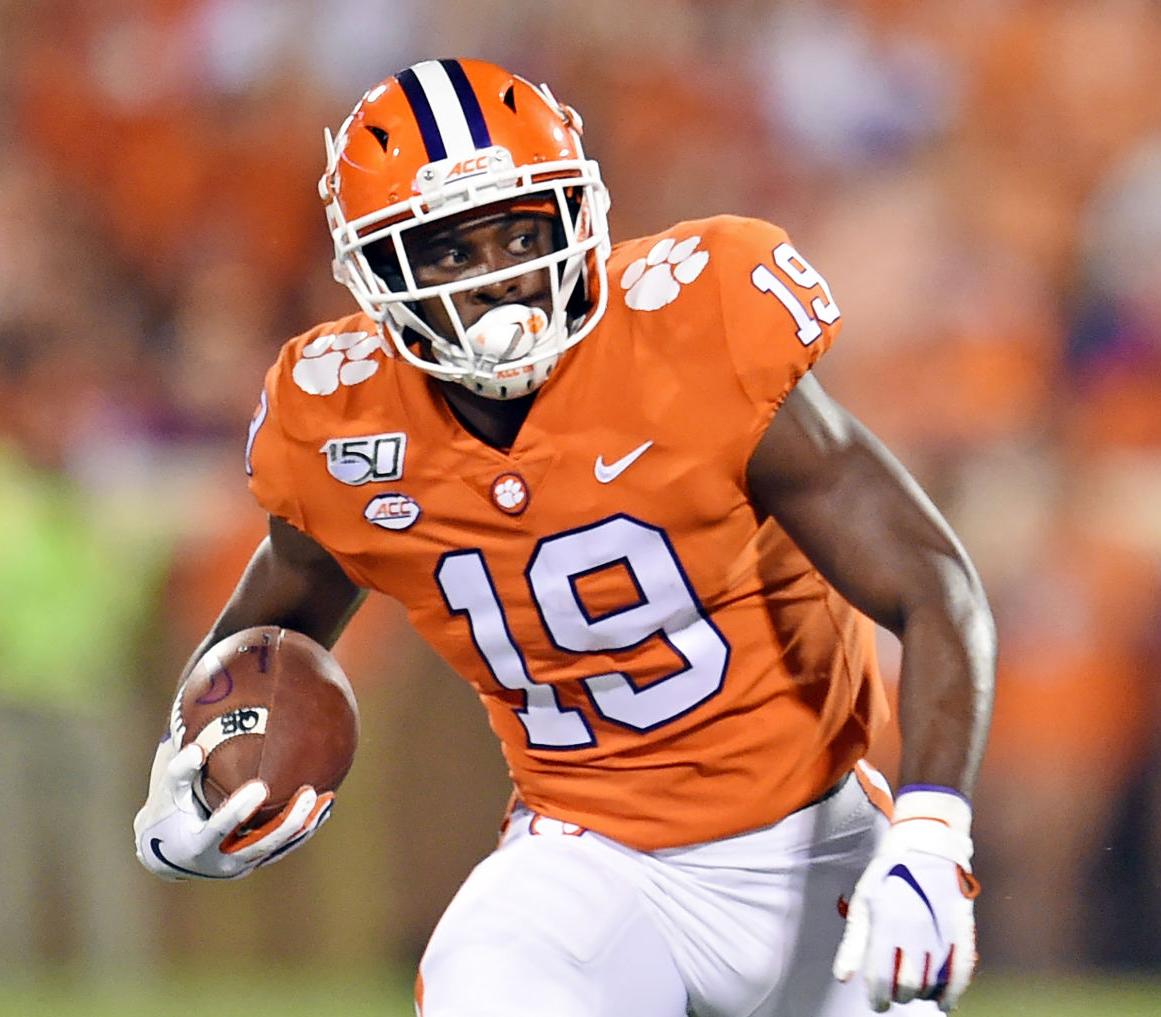 Clemson sophomore running back Michel Dukes, says offensive coordinator Tony Elliott, is an example of a down-the-depth-chart player who must be ready for significant action during a coronavirus football season. Dukes is a graduate of First Baptist High School in Charleston. Gwinn Davis/Special to The Post and Courier 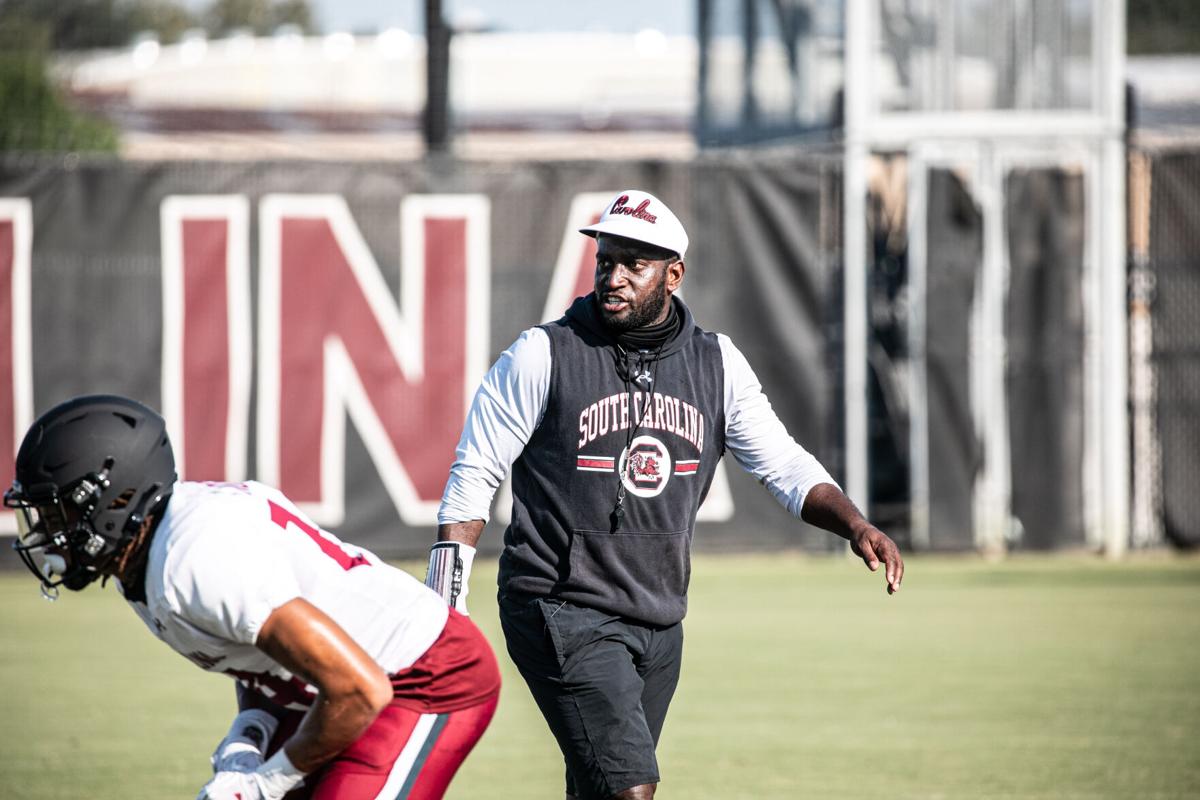 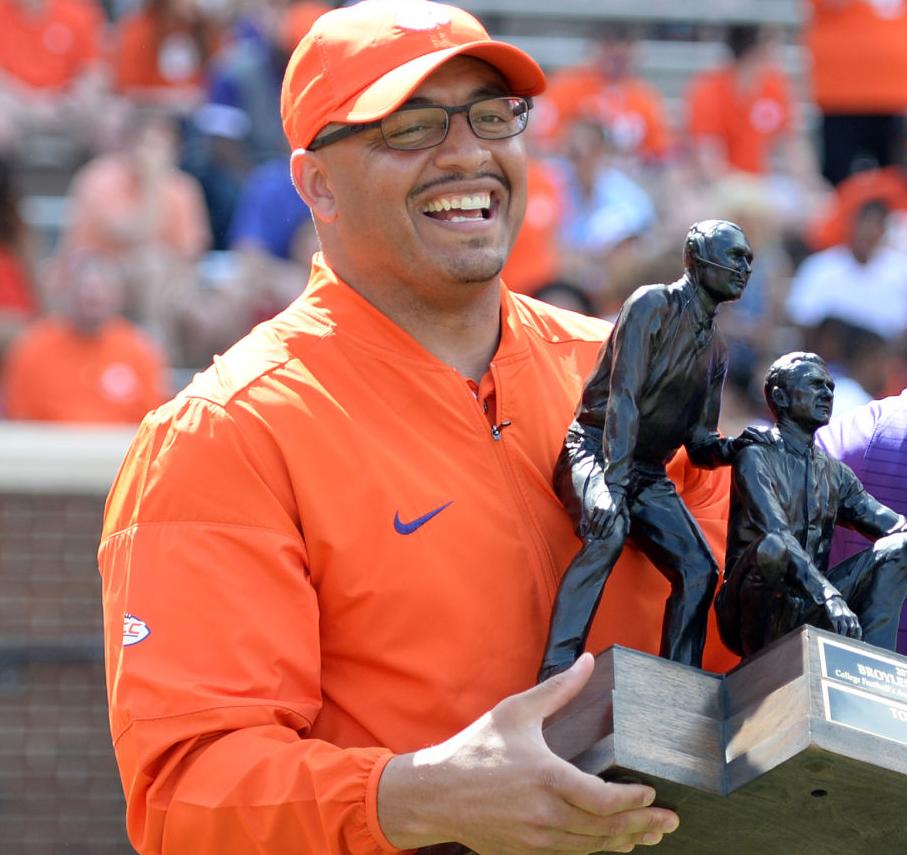 Clemson offensive coordinator Tony Elliott knows COVID-19 means college coaches must do extra work in preparing players and strategy for the unknown. Gwinn Davis/Special to The Post and Courier

May the best team win. Unless a bunch of its best players are in COVID-19 quarantine, in which case you should probably bet on the healthiest team.

“This is a different year,” South Carolina offensive coordinator Mike Bobo said, “where every man has to be ready at every position.”

That means a college football season played during a pandemic might come down to numbers.

Sapakoff: Clemson vs. Notre Dame in ACC Championship game? Not so fast.

Not rushing yards, touchdowns and the always overrated time-of-possession stat.

But objective analysis of an opponent’s depth chart and subjective contact tracing reports.

It’s a bad year for restaurants.

A great year for Zoom.

More non-scholarship players than ever are likely to get significant playing time, though not because they’ve won depth chart spots with dazzling practice performances.

The Clemson-Notre Dame game on Nov. 7 in South Bend should be great, but not if the No. 1-ranked Tigers’ Trevor Lawrence and Travis Etienne are left home. Or most of the Irish secondary is ill.

Clemson football, a mask ordinance and student resistance: 'This is sooo dumb'

It means college football success in 2020 is likely to involve three things new to the sport:

• Creative use of practice repetitions to involve more players

Take the mad skills in the Clemson running back room, for instance.

But what if Etienne, the two-time ACC Player of the Year and a possible first-round NFL draft pick, must take leave for coronavirus recovery?

What if backup Lyn-J Dixon is out, too?

“In my mind, every last one of them in that room is the backup,” Elliott said, “just because of the environment that we’re in with the testing protocol. You may not know who’s available every single week.”

But if Elliott is worried about those guys, just think about the fretting going on within lesser college football position groups in Winston-Salem and Oxford, Blacksburg and Fayetteville.

Walk-ons might be running on to fields every Saturday.

“You never know, to be honest, because of contact tracing and all the stuff that goes on with it,” South Carolina defensive coordinator Travaris Robinson said while looking ahead to a Sept. 26 opener against Tennessee. “You have no idea how that’s going to work.”

Robinson at a recent meeting with Gamecock defensive backs stressed the need to understand all positions in the secondary.

Keep an eye on possibly the two most impactful words this season as programs decide which players must quarantine: contact tracing.

But how teams go about quarantining players when someone gets sick likely won’t fall under strict conference rules. Expect controversies as the season goes along as control-freak coaches try to navigate medical advice and boundaries.

What coaches do know is that 2020 strategy requires extra preparation.

Head coaches and coordinators spent much of the summer trying to find new ways to give more players repetitions during standard practice time slots.

It’s mind-numbing stuff when factoring in the multiple looks opponents show on defense and those playbooks full of formations on offense.

There is only so much you can do.

Or as Bobo told his South Carolina offense: “Even if you’re a starter, we can’t rep every single look at full speed. We dadgum sure can’t rep every player getting every rep. So you’ve got to pay attention.”

Strangely, the tumultuous buildup to the 2020 season might lead to less sloppy football than typical, at least early. The delayed start combined with bonus Zoom meetings and more “voluntary” practice weeks has kept teams together longer than usual.

Once the seasons gets going, though, keep a full roster handy and prepare to learn about new players.