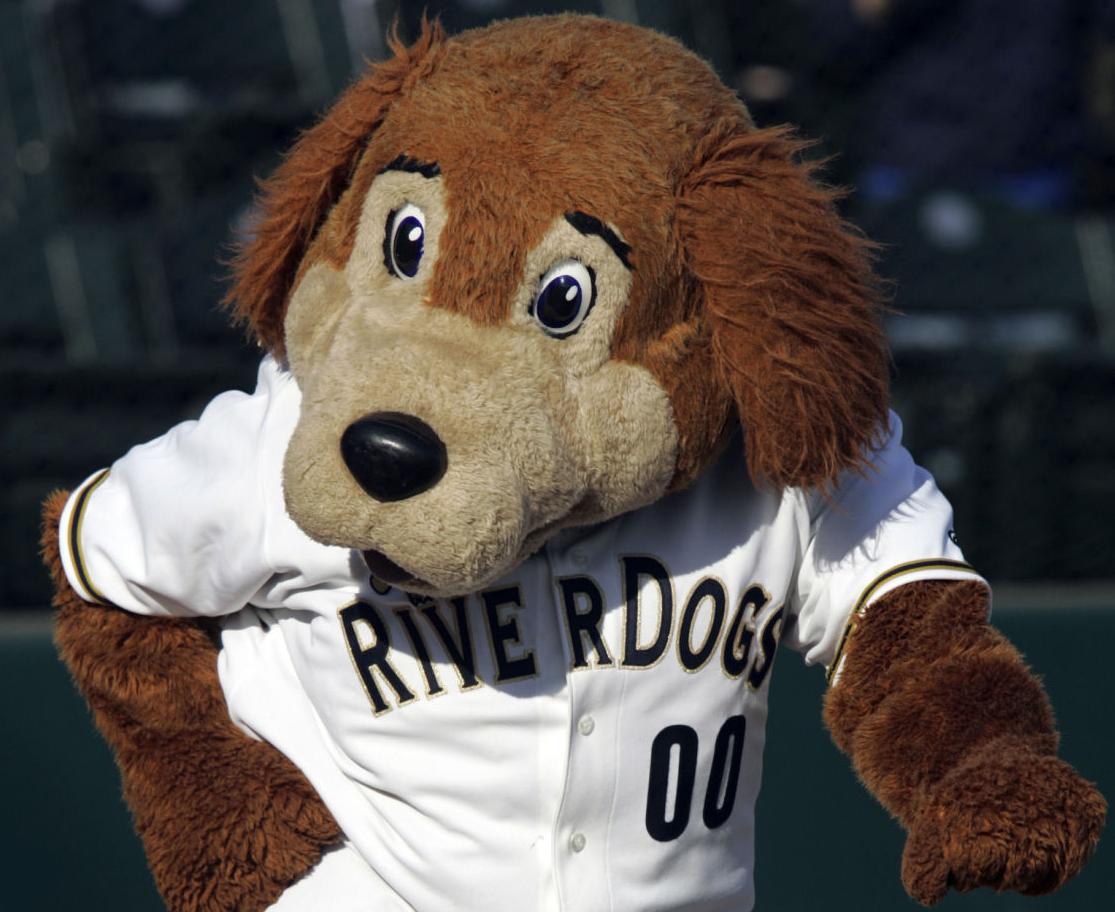 Charlie the RiverDog is more than just a baseball mascot. He is also a Pigskin Picks VIP guest picker. Provided/Charleston RiverDogs 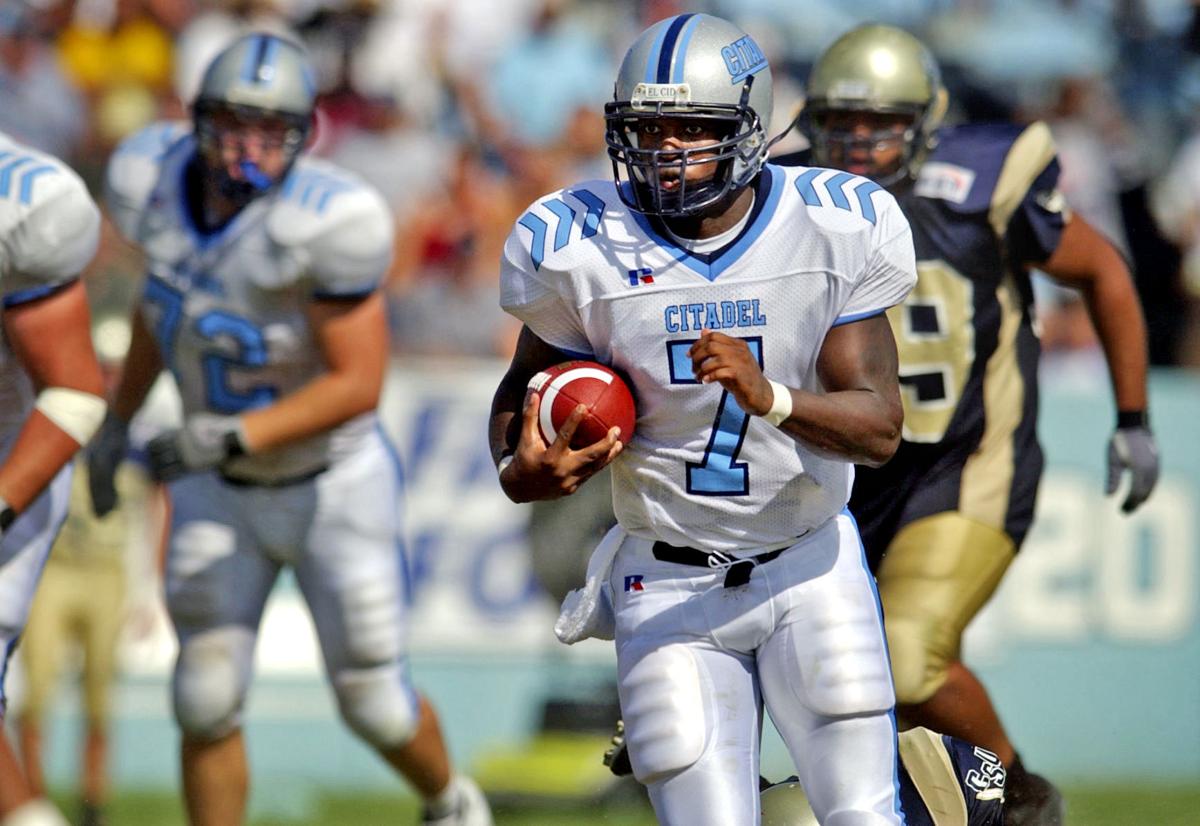 Former Clemson quarterback Willie Simmons led The Citadel to a 6-6 record in 2003 as a graduate-student transfer. File/Staff 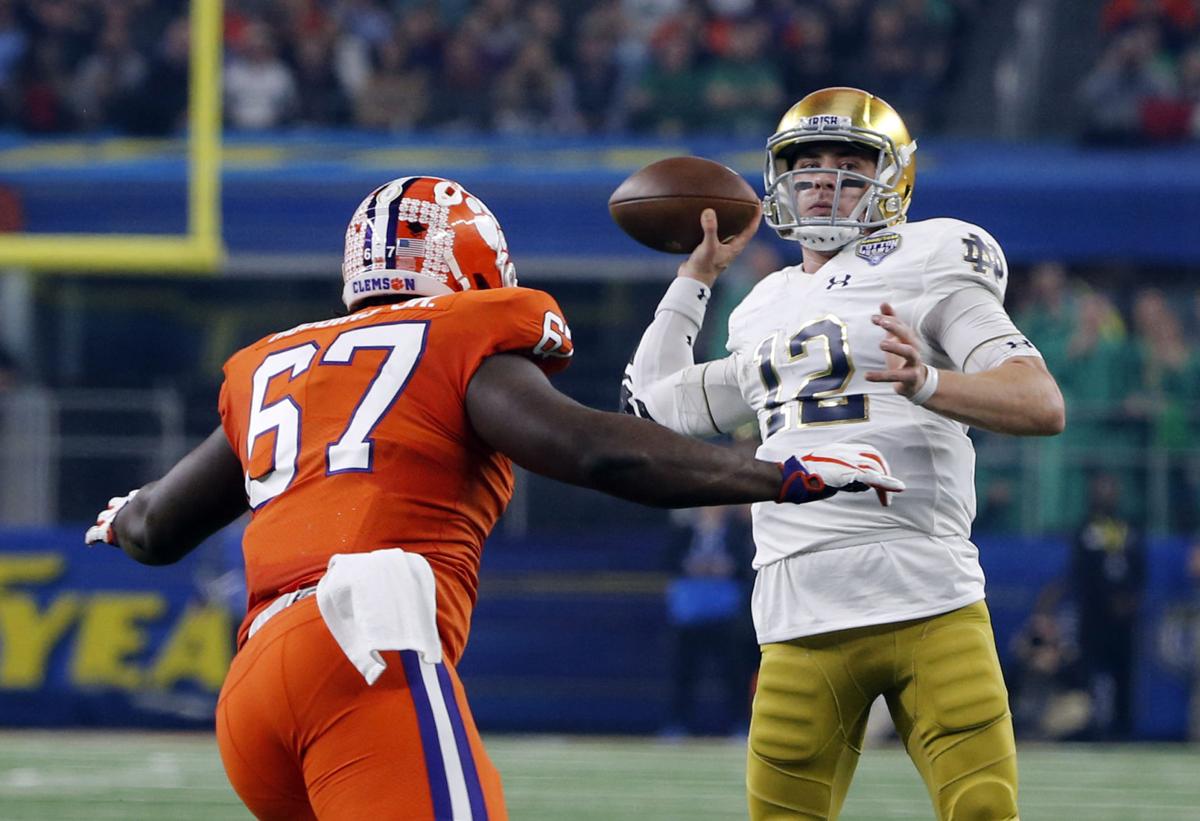 Charlie the RiverDog is more than just a baseball mascot. He is also a Pigskin Picks VIP guest picker. Provided/Charleston RiverDogs

There’s a soft place in my heart for Charlie The RiverDog, though not so much because he once threw a pie in my face at Riley Park. It’s the recognition that Charlie, as the first overall pick in the June 1994 Minor League Mascot Draft, has spread baseball joy to millions.

Who better to have as a VIP picker, during the heart of the Major League Baseball playoffs and with a Pigskin Picks slate peppered with dog mascots?

Sure. Charlie is the first VIP picker to issue an official press release.

“I’ll let my football acumen do the talking for me,” Charlie said through a RiverDogs interpreter. “I’m out to prove I’m more than just a baseball dog.”

But there’s a Pigskin Picks record-threatening pattern in Charlie’s picks: loyalty to nearby teams, so sweet and typical of a Palmetto State pooch.

Doggedly on to Week 7:

South Carolina vs. Georgia: Four keys to a Gamecock upset of No. 3 Dawgs

The battle of the two fan bases most irritated with Clemson’s College Football Playoff streak. The Bulldogs think they are Clemson with an SEC schedule and might ramp it up against one of three common opponents this season (Texas A&M and Georgia Tech are the others).

For Georgia grad Will Muschamp, what happened in Athens stays in Athens

It looks like the addition of Jim Leavitt as an analyst has helped the Seminoles’ defense. Leavitt was FSU head coach Willie Taggart’s defensive coordinator at Oregon and as South Florida head coach recruited most of the players Skip Holtz had in a 2010 Meinke Car Care Bowl victory over Clemson.

Western Carolina at The Citadel

Charlie knows The Citadel shares a baseball stadium with the RiverDogs and likes Bulldogs better than Catamounts.

Charlie The RiverDog pick: The Citadel

'He saved our lives.' The story behind Citadel football's Vietnam memorial

Bulldogs vs. Bulldogs, sort of. FAMU Rattlers head coach Willie Simmons was a Citadel quarterback in 2003 after graduating from Clemson in just three years.

College Football Playoff committee members get a chance to make a Clemson-Alabama common opponent comparison, which might come in handy when deciding where to place teams in December.

Love the poise and production of Kyle Trask, the Gators quarterback who didn’t start in high school. But he hasn’t seen anything like Baton Rouge.

At first glance, tabbing the Volunteers over the Bulldogs makes no sense for Charlie T. RiverDog. Until you remember that Tennessee’s three mascots are Smokey the hound, Junior Smokey the hound pup and Davy Crockett (two out of three ain’t bad).

Fighting Irish quarterback Ian Book is having a nice season, but running back Tony Jones has been more impressive, averaging 6.9 yards per carry.

Contrary to popular belief, this is not the highlight of the Texas State Fair. No mere football game can compare with pig races and food, namely Ruth’s Stuffed Fried Taco Cone and Fernie’s Fried Burnt End Burrito.