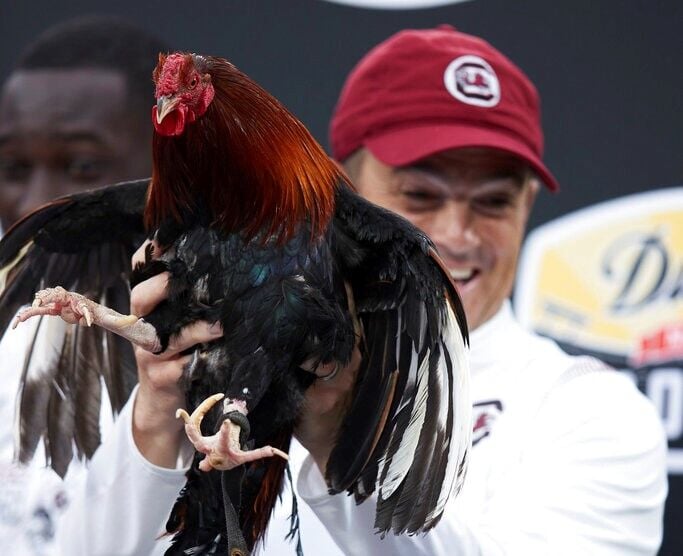 Sir Big Spur got a lift from coach Shane Beamer after the Gamecocks won the Duke's Mayo Bowl last season. The bird will return to USC's sidelines this season, but will have a different name and different look. Brian Westerholt/Four Seam Images 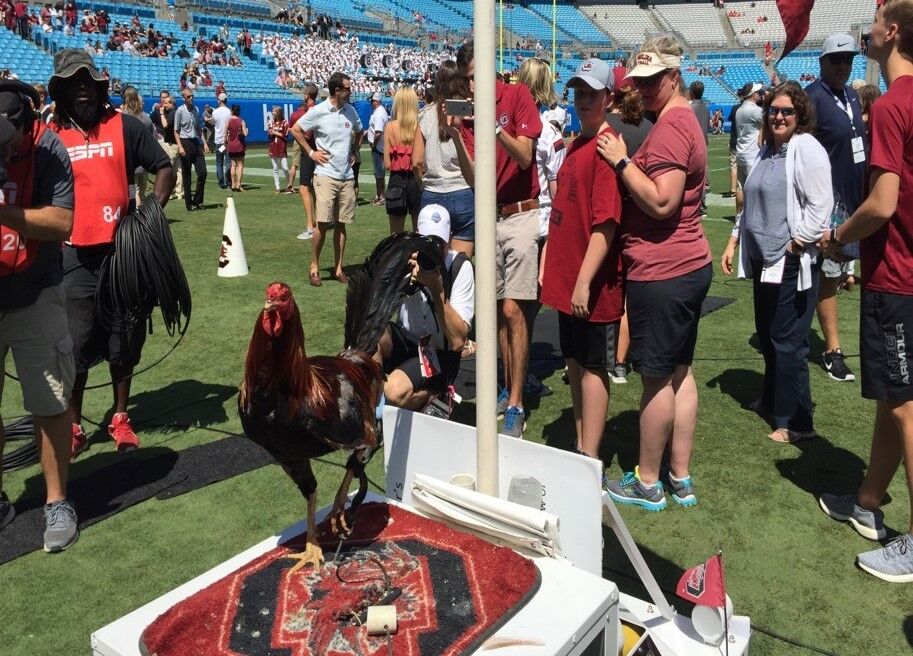 Sir Big Spur has been a staple of South Carolina football and baseball sidelines for the past 20 years. Submitted/Mary Snelling 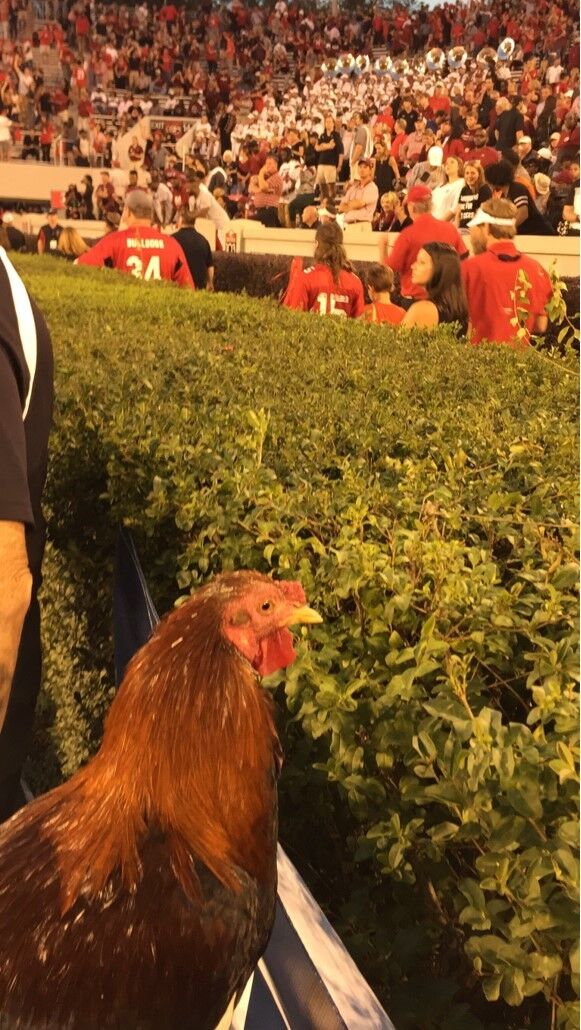 Sir Big Spur checks out the greenery between the hedges at Georgia's Sanford Stadium. Submitted/Mary Snelling 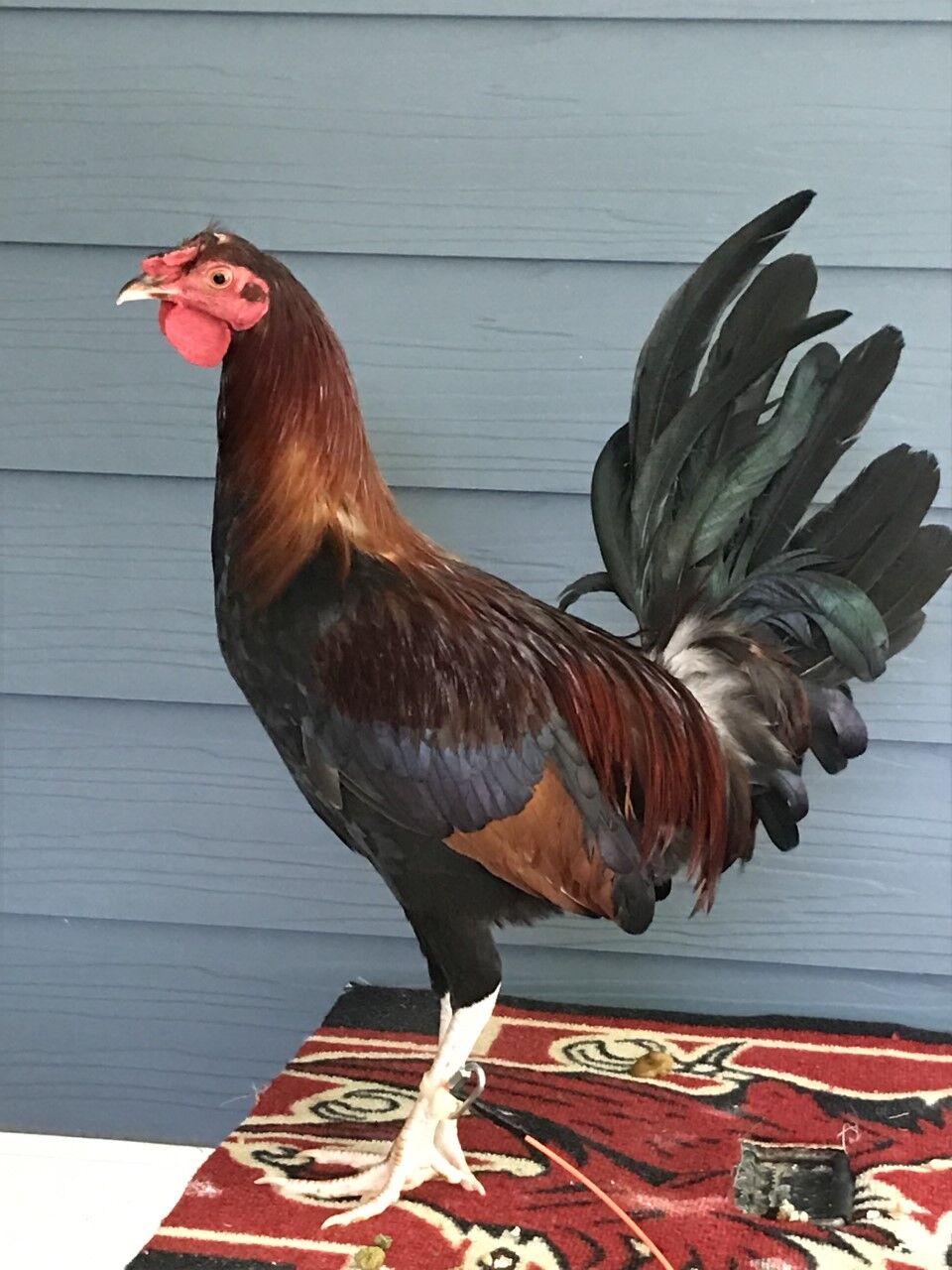 Sir Big Spur VII, without comb, was going to be the next in line to carry the mantle of the live mascot, but was instead given to another Gamecock fan. The Clarks' birds have combs. Submitted/Mary Snelling 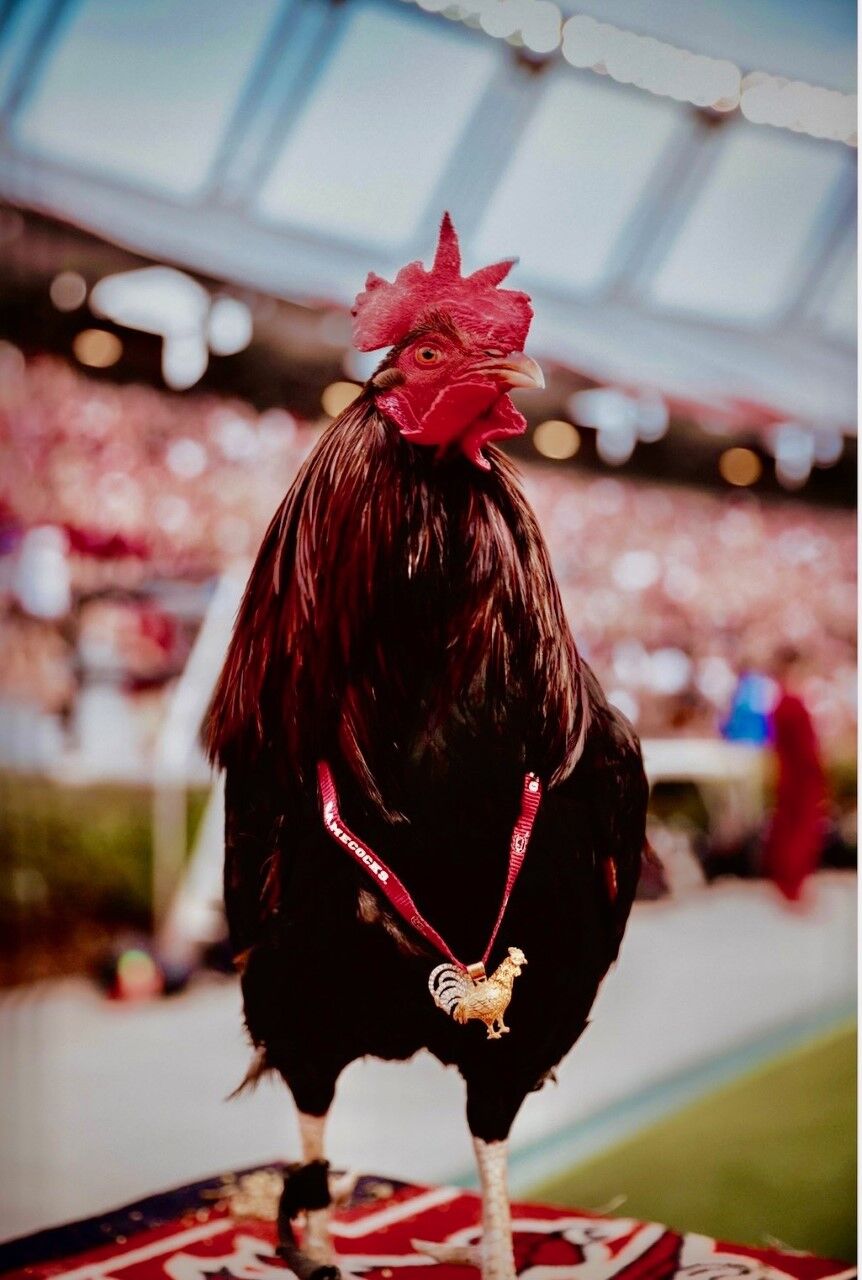 The Clarks' bird, comb and all, patrolled USC's spring game and is ready for the Sept. 3 season-opener. Submitted/Van Clark

COLUMBIA — You’ve seen him, petted him, perhaps held him. Ever since Mary Snelling got the idea to start bringing a live rooster to University of South Carolina athletic events, Sir Big Spur has been a sideline staple and a photo favorite.

He’ll still be there for this football season, baseball season and future games. But he’ll have a different look, and a different name, because of a bone of contention between the original owners and the new owners.

Make that, a comb of contention.

Sir Big Spur debuted at a 1999 baseball game, strutting atop the home team’s dugout at the old Sarge Frye Field. He began coming to football games in 2006 and has been a popular sight before games, as Snelling and husband Ron Albertelli operated a remote-controlled cart (“The Roost Roller”) for the bird to perch atop as it motors around the North end zone at Williams-Brice Stadium.

Complete with his own goalpost and a stuffed Cocky mascot “driving,” the roosters progressed from Sir Big Spur I to Sir Big Spur VI under the couple’s care. He’s become as much a part of the gameday tradition as “2001” and the fight song.

“We did this out of love,” Snelling said. “We didn’t get any money out of it, but put quite a lot of money into it, although the university helped us with travel expenses. It’s a personal thing with us, too.”

It’s why this latest kerfuffle has ruffled their feathers. Snelling and Albertelli have been in charge of the bird for over 20 years and are each getting older with some health issues. In 2019, they began looking for someone to potentially take over their duties.

They found someone in Beth and Van Clark.

30 for 30: Gamecocks' 30 greatest football moments since joining the SEC

The Clarks are USC alums and retired educators who live in Edgefield. Van was visiting his cousin one day near Albertelli’s business and spotted the gamecock, which led to his introduction.

“Lovely people. Part of their planning was because they were trying to find someone to turn the program over to at some point,” Van said. “They needed somebody for the Clemson game at the end of the year because they were out of town, so we did it — nervous as heck! — but everything went well.

“They asked us to consider taking over the program. Beth and I talked about it, prayed about it and said, ‘You know what? Yeah, we think we will.’”

The Clarks learned all of the myriad responsibilities for taking care of the bird and accepted Sir Big Spur VI from Snelling and Albertelli. He had to wait for his next football game — live mascots weren’t allowed in SEC stadiums in 2020 as part of COVID restrictions — but was there throughout 2021.

That carried into baseball season, only for Sir Big Spur VI, estimated to be 12 years old, passed away. The Clarks had three other roosters they were considering to be the next Sir Big Spur, and gave them each a tryout at baseball games in April and May.

“You got to have one that has the temperament, to be around people,” Van said. “All gamecocks are aggressive to some degree, so you have to find the balance for them to be in crowds, to handle loud noises.”

As pictures of the birds circulated on social media, Snelling and Albertelli noticed something.

The comb is the bright-red crest on top of a rooster’s head. It matches the color and function of the wattle, another lump of tissue that hangs below the chicken’s beak.

They’re each part of the birds’ heat regulation systems because, in an outstanding piece of trivia, chickens cannot sweat. The comb and wattle act as a sort of “air conditioner” in the birds’ circulatory system — hence the red — and the cooler blood then passes back through the rest of the bird’s body.

Throughout Snelling and Albertelli’s ownership of the birds, they clipped the combs. They felt it made them look more like USC’s namesake, the Fightin’ Gamecock, i.e., fiercer than the average chicken.

“If they’re truly going to fight, they take off the combs because that’s one more part that can bleed,” Albertelli said. “The comb always stands out in a picture of a barnyard rooster, but Sir Big Spur is a Fighting Gamecock.”

The birds that the Clarks used after Sir Big Spur VI all had combs. Snelling and Albertelli asked why.

“We raised these gamecocks to be mascots. The mascot needs to be, I feel, branded with the university,” Van said. “We also want the birds to be as healthy as possible. When the combs are off, they can’t handle heat as well. These birds are raised to be mascots, and at many games, the heat is nearly unbearable. We want to keep the mascot healthy. That’s our job now.”

The large Gamecock statue in front of Williams-Brice has a comb, something Snelling abhors. It also has spurs, a late addition after it was installed without them and fans complained.

Several smaller sculptures and artwork inside Williams-Brice and Colonial Life Arena picture the Gamecock with a comb. Cocky has several stuffed appendages resembling a comb that flop around whenever he’s performing.

When Snelling and Albertelli owned the birds, of course they weren’t going to put spurs on them because the birds were around people. But they did remove the combs because they felt it better suited the Gamecocks’ image.

The Clarks feel differently and kept the combs attached, which led to several discussions between the two parties and USC.

What’s in a name?

This isn’t USC’s fight. The university nor the athletics department owns the bird and thus has no say in what it looks like or what it’s named.

Albertelli has had a contract with USC for the past five years, allowing USC exclusive rights to use the trademarked name “Sir Big Spur.” That contract ran out on Aug. 1 and Albertelli has no plans to renew it, or to let the Clarks use the name.

“A chicken is a chicken but a fighting gamecock is something different. This is dumbing down the Gamecocks,” Albertelli said. “Whenever a new coach goes to a school that’s been struggling, you always hear a statement similar to, ‘You’ve got to change the culture.’

"I don’t know what culture in our day and age means, but if it means making a gamecock look like a chicken, or not hurting him because it might make the chicken feel good, it’s not preserving what we’ve built. This is dumbing down our culture.”

USC still wants to use the bird and is full speed ahead with the Clarks.

“Ron and Mary are clearly passionate that it needs to look like a fighting Gamecock. Beth and Van disagree,” said Eric Nichols, executive associate athletics director and USC’s chief marketing officer. “USC needs a bird so if Ron and Mary aren’t going to do it and aren’t going to transfer a name, then we’re kind of stuck, unless we change that name.”

Nichols and the Clarks have not come to a decision on a new name and aren’t sure how they’ll select one. They could just pick one — Snelling said she has heard “Thee Spur” as a frontrunner but Clark said no name or list of names has been approved — or perhaps have a fan vote.

Each is sorry to see the process go the way it has. Sir Big Spur will live in memory and gratitude, but the Clarks will carry on the program with a different name and different look.

“We love Ron and Mary, we appreciate so much what they’ve done,” Beth Clark said. “We want their legacy to live on.”

The newly named rooster is expected to debut at USC’s football opener on Sept. 3. What the name will be is to be determined.

Snelling and Albertelli say they will consider giving the Clarks permission to call the bird Sir Big Spur, as long as the bird’s comb is trimmed. The Clarks appreciate the history but it’s now their bird, and say they have to make decisions for its welfare.

Each side is stubborn and unyielding, exactly like the mascot at the center of the argument.