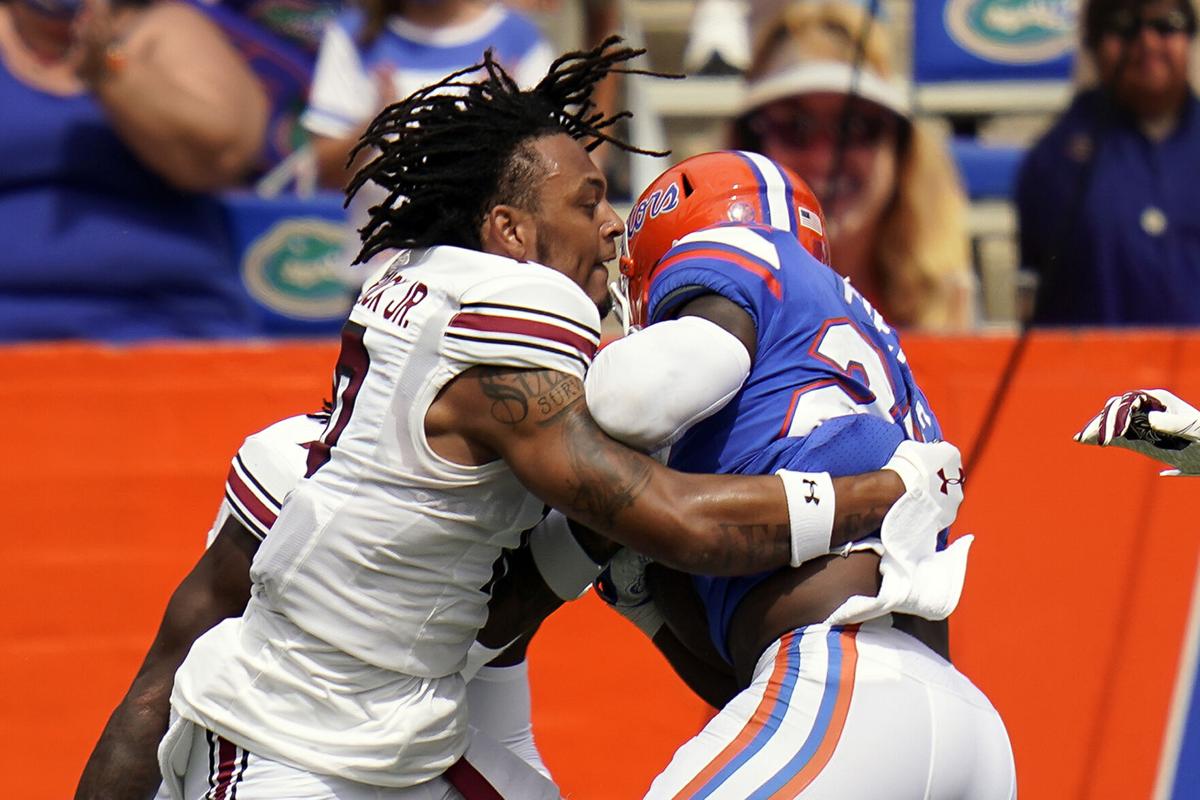 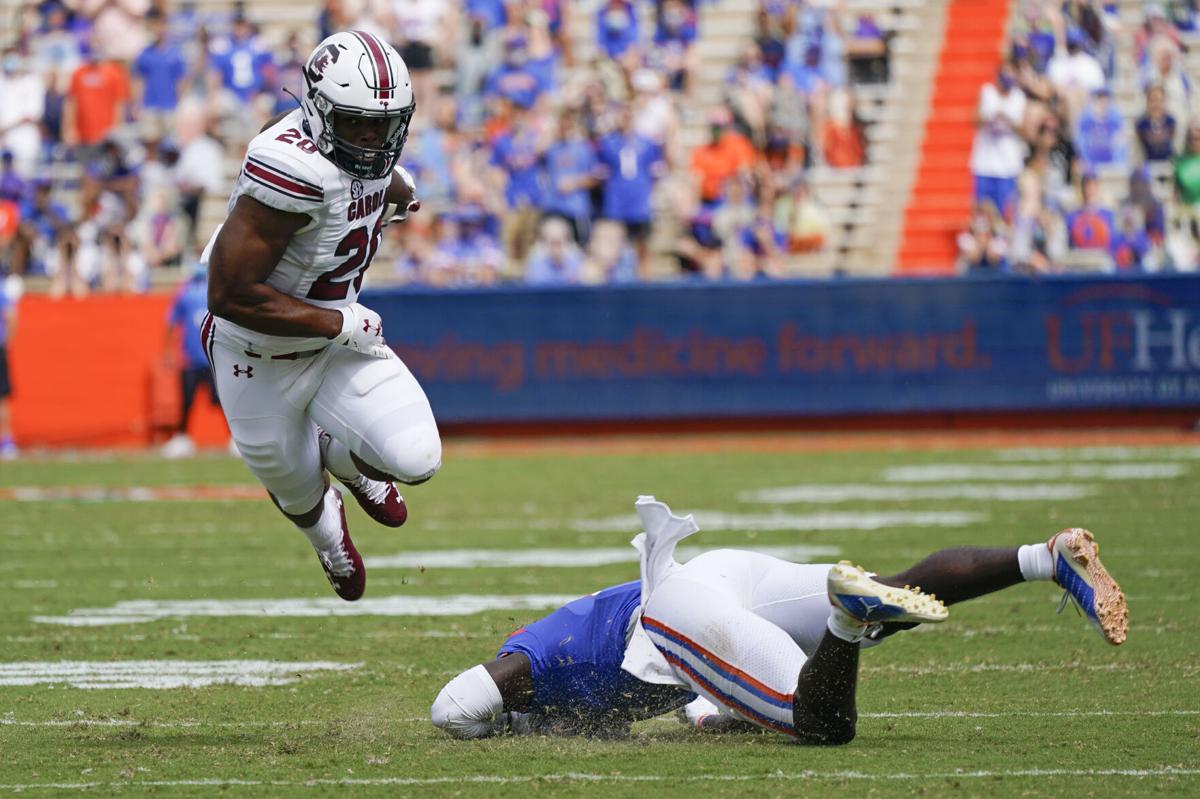 “I felt there were some self-inflicted wounds,” Muschamp said after No. 3 Florida (2-0) beat USC, 38-24, on Saturday. “Some things we need to continue to improve.”

He was referring to dropped passes (at least five), ill-timed penalties (back-to-back flags preceded a USC fumble) and missed tackles (too many to count). They all played a part in the Gators breaking a 14-14 game with 24 unanswered points, only to see USC get the ball down 14 with 8:11 to go.

That was when the Gamecocks (0-2) embarked on an 18-play drive that whittled more than seven minutes off the clock. Down two scores, the deliberate pace befuddled many, especially when USC was taking a lot of time between plays.

“It wasn’t a deliberate pace,” Muschamp insisted. “We were trying to get first downs. They were playing more coverage, they were staying on top. We were taking what they were giving us.

"You still have a minute to play in the game with two timeouts with an onside kick."

As it turned out, Collin Hill threw behind a wide-open Shi Smith in the end zone on fourth down to end USC's final possession. Had he scored, the Gamecocks would have attempted to recover an onside kick and score again, all in 48 seconds.

A week earlier in a loss to Tennessee, USC was in a similar situation. Muschamp chose to kick a field goal down seven points with three minutes to go because he was confident USC would get the ball back (it did) with time to play (1:26). USC had no timeouts and would have been 80 yards away, but a rolling punt clipped Cam Smith’s leg and Tennessee recovered.

The loss to Florida drops Muschamp’s USC record to 26-27 and puts the Gamecocks in a must-win situation at Vanderbilt next week.

“Our guys fought to get back in the ballgame. Disappointed we dug ourselves a hole to start,” Muschamp said. “We stopped ourselves.”

Everything at the start. Mike Bobo’s offense scored on its first possession for the second straight week. And freshman Tonka Hemingway forced a fumble recovered by  Ernest Jones that led to a game-tying touchdown.

The running game broke 100 yards for the first time in five games, Kevin Harris emerging as a strong bell-cow running back with 22 carries for 100 yards. Deshaun Fenwick also sparkled in relief of Harris with several shifty moves through Florida’s front seven.

“I was just trying to win the game today, so I did what I had to do,” Harris said.

USC won the turnover battle, 2-1. Smith could end up leading the SEC in catches after grabbing 12 on Saturday.

Hill’s receivers dropped five passes. The Gamecocks missed multiple tackles, including four defenders having a chance to bring down Kadarius Toney on his game-clinching touchdown catch-and-run.

USC’s special teams — outside of Parker White, who aced his 13th consecutive field goal — were horrendous.

Xavier Legette dropped a pass in the second quarter when it was 14-14. The Gamecocks went three-and-out and Florida scored a touchdown before the half. After a stop to begin the third quarter, USC had two penalties before a Fenwick fumble, which turned into another Gator TD.

The Gamecocks play their second straight noon road game next week at Vanderbilt.