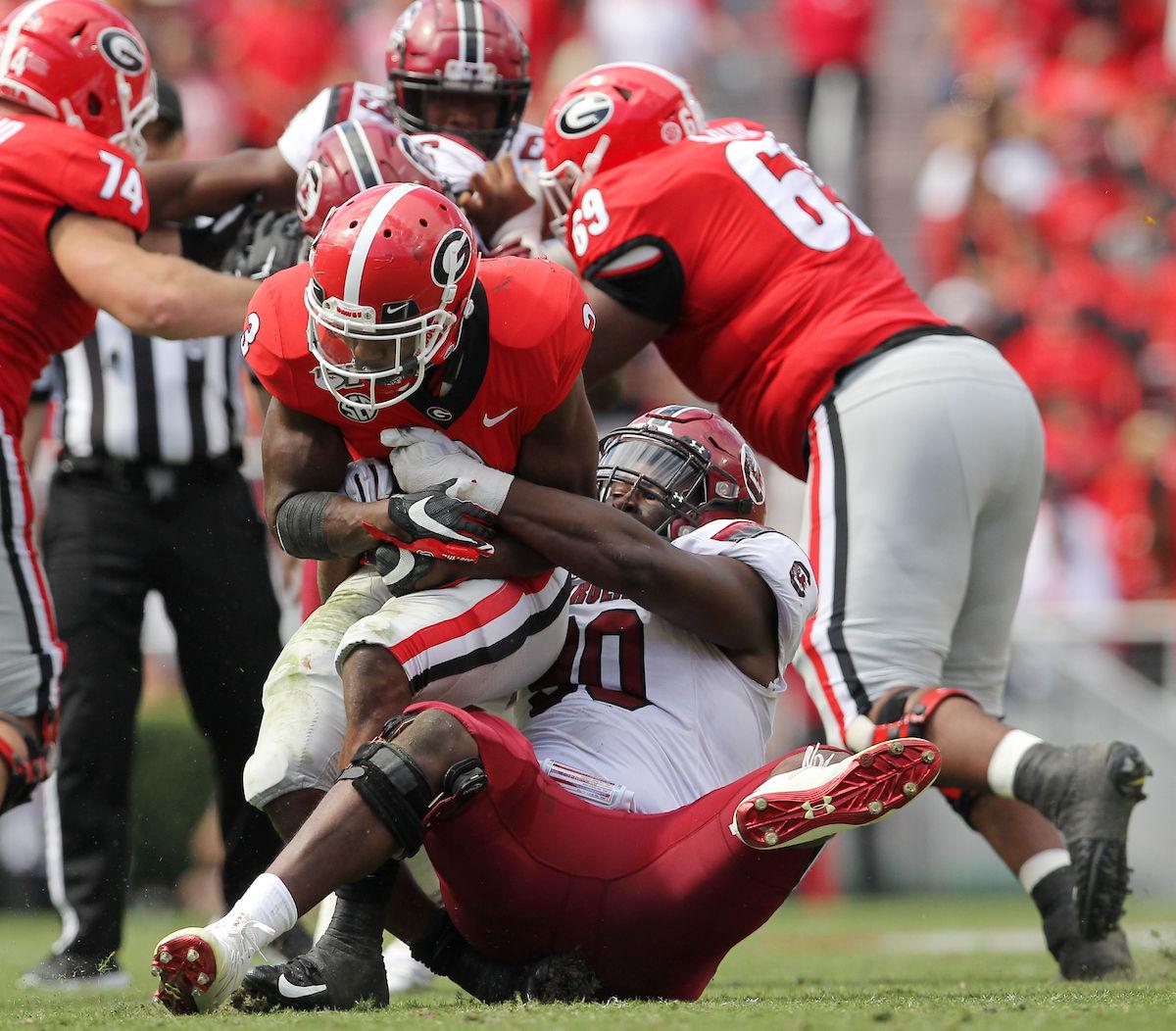 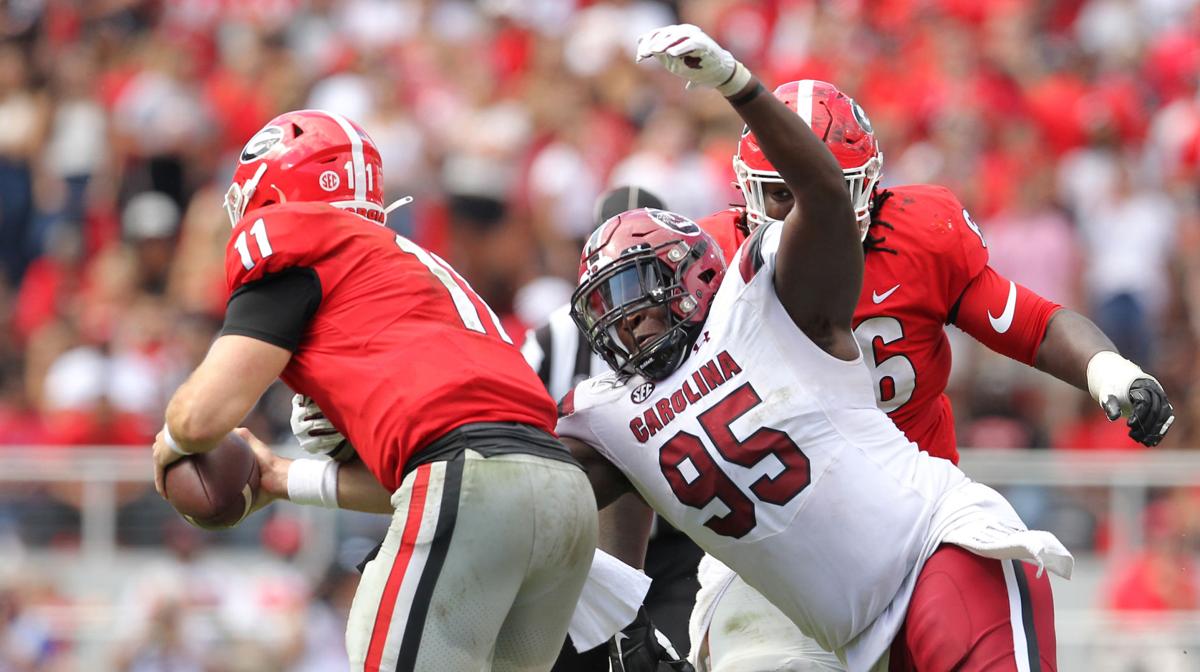 Kobe Smith and the rest of the Gamecocks' defensive line were all over Georgia on Saturday. Travis Bell/Sideline Carolina 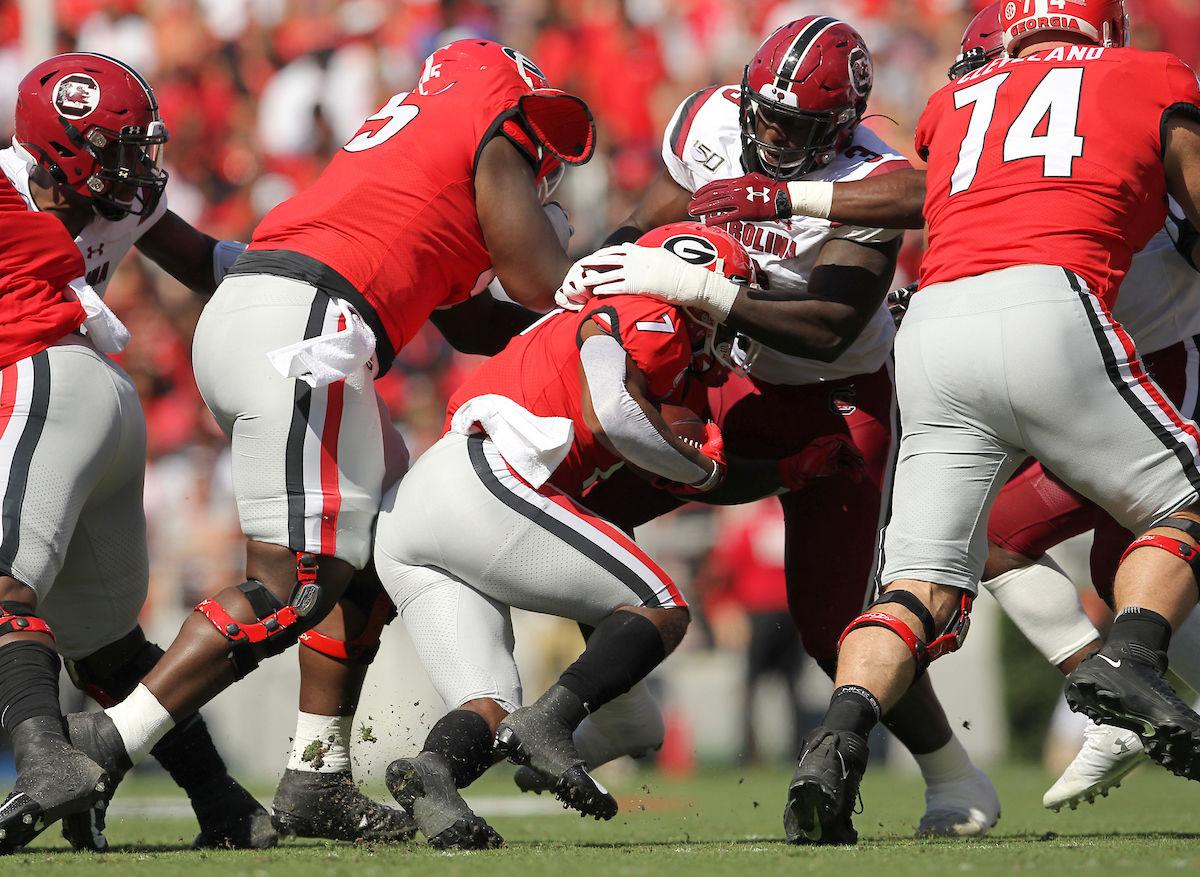 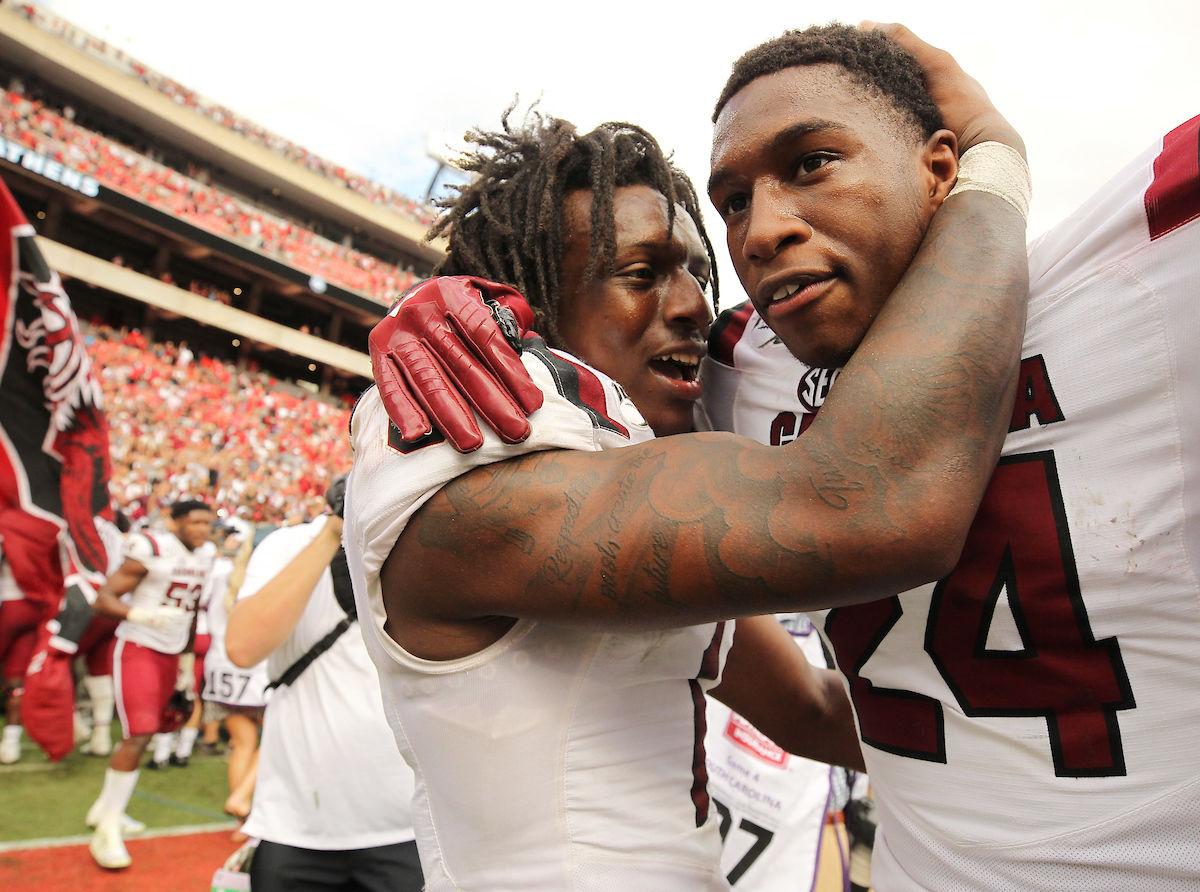 COLUMBIA — The cigars passed around the locker room afterward were silly fun. Some of the players had smuggled in the contraband stogies because they had a good feeling, and after South Carolina pulled off one of college football’s biggest upsets this season, they lit ’em up.

There were a few puffing away as they gleefully celebrated a 20-17 double-overtime win over No. 3 Georgia. Not everybody.

But if anybody who didn’t deserved one, it was defensive line coach John Scott. It was Scott’s D-line that owned that game

Of course it helped that Scott was hired over the offseason and inherited a group including Kinlaw, D.J. Wonnum, Smith, Sandidge and the rest. It’s players living up to their potential that makes a coach good or bad, and those players at least had that potential no matter who was coaching ’em up.

Yet Scott’s hire didn’t set off any celebrations in the streets. While a known name (Scott hails from Greer), he has lived the nomadic life of a career assistant, from helping alma mater Western Carolina to the New York Jets.

He came to USC following two years at Arkansas, where he was the only assistant who survived the purge of former coach Bret Bielema and his staff. He worked for new coach Chad Morris for a year, then felt the call to come back home.

There were no big-time kudos stapled to Scott’s name, but he had the reputation of playing hard and smart on the field, and coaching the same way. The Gamecocks needed that.

“I was a blue-collar player. Try to have a blue-collar mentality and have that degree of toughness and reliability,” Scott said in the preseason. “We’re going to do our job and make plays. And we’re going that way.”

Bolstered by a healthy Wonnum and Kinlaw blossoming into a potential first-round NFL pick, the Gamecocks’ defensive front has played marvelously all season. Now with a re-tooled linebacking crew and secondary behind it, it knew it could keep Georgia contained.

The plan was simple — contain the run and force quarterback Jake Fromm to win it with his arm. USC knew that Fromm had lost all four games in his career in which he had to throw 30 or more passes.

He’s now 0-5 after attempting 51 passes Saturday. Fromm was also sacked three times and tossed three interceptions, along with losing the ball on a botched snap exchange and watching the fumble get covered by USC’s T.J. Brunson.

The Bulldogs piled up 173 rushing yards but they had been averaging more than 200 per game. USC held them to 4 yards per carry when they came in averaging 6.7. Muschamp lightly grumbled about some of Georgia’s explosive runs, but they were only 12 and 14 yards, respectively.

Scott stressed staying in the moment, remembering the technique and for his linemen to do what got them there. With that working, he left it to the veterans to set an example. When players are coached to do it, do it well and it pays off, that takes care of itself.

“We tried to take (Kinlaw) out about three times and he said, ‘To hell with y’all,’ and went back in the game,” Muschamp said. “I said, ‘Let him keep playing.'”

No. 9 Florida at South Carolina