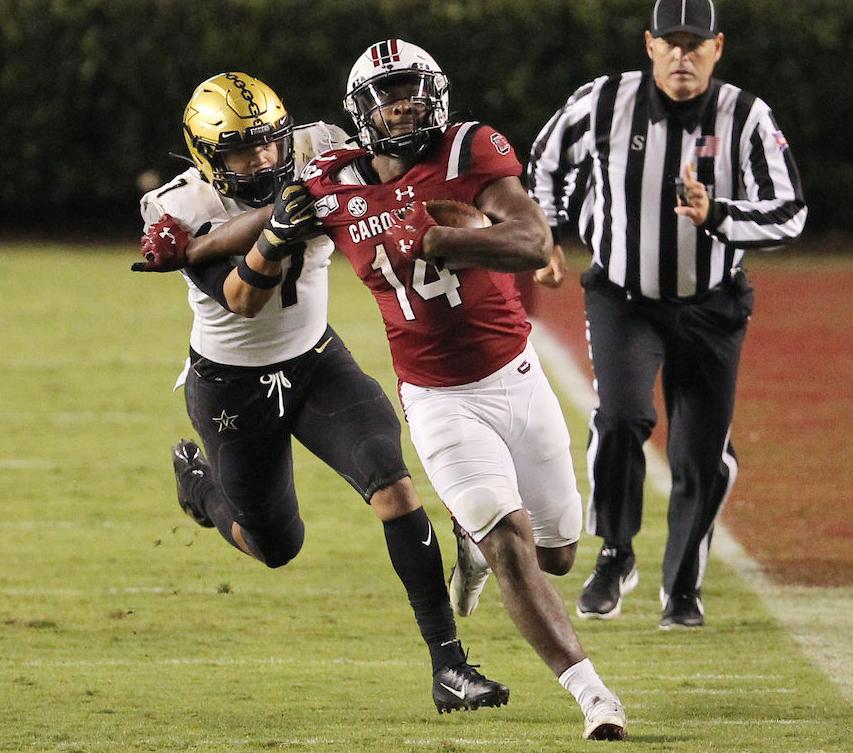 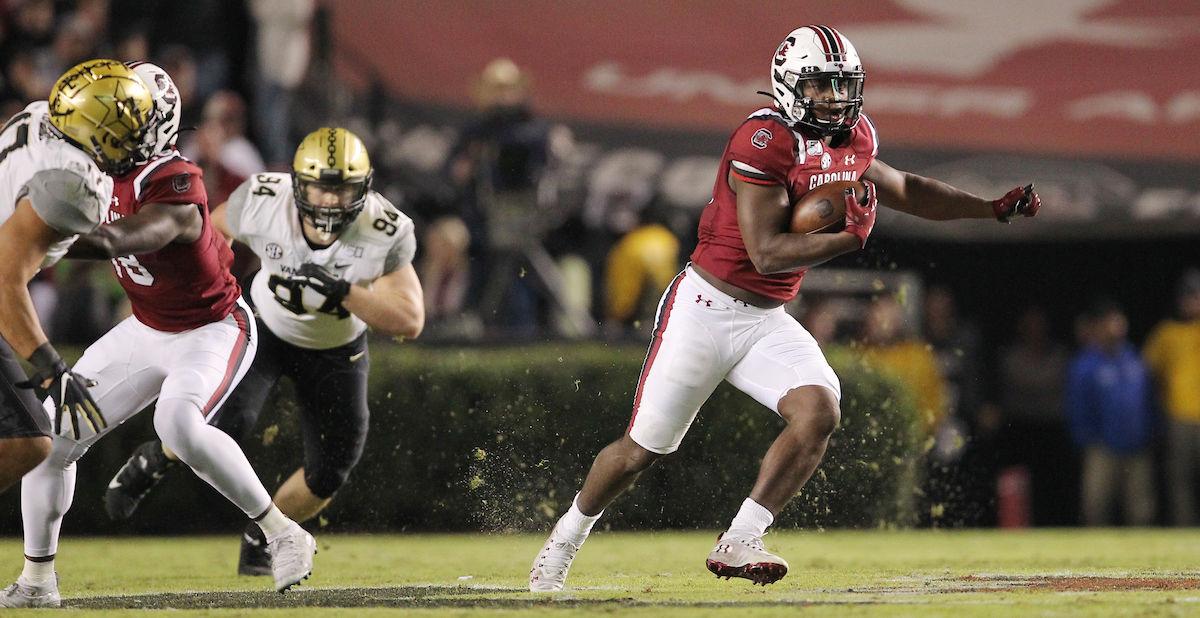 COLUMBIA — He couldn’t believe what he just heard.

Deshaun Fenwick just told South Carolina coach Will Muschamp he was transferring. The redshirt freshman hardly played in 2018 and was at best fourth on the depth chart in 2019, so with the transfer portal beckoning, he was going to place himself in it.

Muschamp was going to kiss his tail and beg him to stay, right? He was going to coo those promises in his ear just like when he was recruited, right?

Not Muschamp’s style. Never has been. He keeps a steel rod mounted on a plaque in his office, the one they implanted in his broken leg when he was in high school.

Fenwick said he wanted to transfer and Muschamp said he wouldn’t stand in the way, if that was what Fenwick really wanted to do. He also told him that, just like that rod represents, life isn’t fair and it’s about how you handle situations thrown at you, not how you run from them.

“You need to stick this out. You really do. Good things are going to happen,” Muschamp told Fenwick early in the season.“You’re a talented guy. And you just need to stick it out. You just can’t take your ball and go home.”

All of Muschamp’s major scholarship offers disappeared when he shattered his leg playing baseball. That steel rod didn’t stop him from becoming a scholarship SEC football player at Georgia, nor a football coach in the toughest conference in the country.

Obviously, there was no transfer portal then. It wasn’t as accepted to just leave and go win a Heisman Trophy somewhere else.

But even with the lure of being the belle of the recruiting ball all over again and the beckoning of more playing time, Fenwick listened to his coach.

“I did want to transfer. He told me sometimes life is hard, it’s all about what you do through tough situations,” Fenwick said. “Our team, we got a really good team of guys who fight through adversity, and that’s what I did. I stuck it out.”

It still wasn’t easy, Muschamp, offensive coordinator Bryan McClendon and running backs coach Thomas Brown all telling Fenwick his time was coming, it was, trust us. Fenwick played in one game (North Carolina, the season-opener) but spent most of the rest of the season watching Rico Dowdle, Tavien Feaster and Mon Denson (and sometimes Kevin Harris) run the ball.

Then Saturday against Vanderbilt, Dowdle wasn’t going to play after a knee injury and Feaster re-aggravated a groin injury in the first quarter. Denson fumbled inside the 10-yard-line on the Gamecocks’ second drive and Harris was merely OK in his first series.

With USC trailing 7-0, Fenwick was told to find his helmet. When the Harris series ended in a punt, he was told to buckle his chinstrap.

When the next Vanderbilt punt landed out of bounds, he told himself to calm down. It’s your time.

He came off the stance and everything was in rhythm, the hole there for a 9-yard burst. Then a 14-yard jaunt to the Vanderbilt 27-yard-line. USC tied the game on a Xavier Legette catch but Fenwick was lathered up, ready to go in again.

Sixteen carries, 86 yards and a touchdown later, Fenwick had his second 100-yard game in four tries at USC, and the payoff for all his waiting.

“I was right there with him. We kind of went through the same things,” said Dakereon Joyner, another redshirt freshman who turned down the promise of playing time elsewhere to stick with his commitment. “We motivated each other every single day because we came in together and experienced the same things.”

Muschamp pulled Fenwick in front of the team to credit his perseverance in a win the Gamecocks had to have, but also kept him honest. Dowdle is set to return this week, Feaster should be better, Denson and Harris are still there.

But Fenwick didn’t hurt his chances for more carries, and no matter what happens the rest of this season, Dowdle, Feaster and Denson are gone next year.

“It was a really powerful moment to be with my team. They lifted me up through that, so it was very helpful,” Fenwick said. “When that time comes, I’m just going to be ready to compete for a chance to play.”