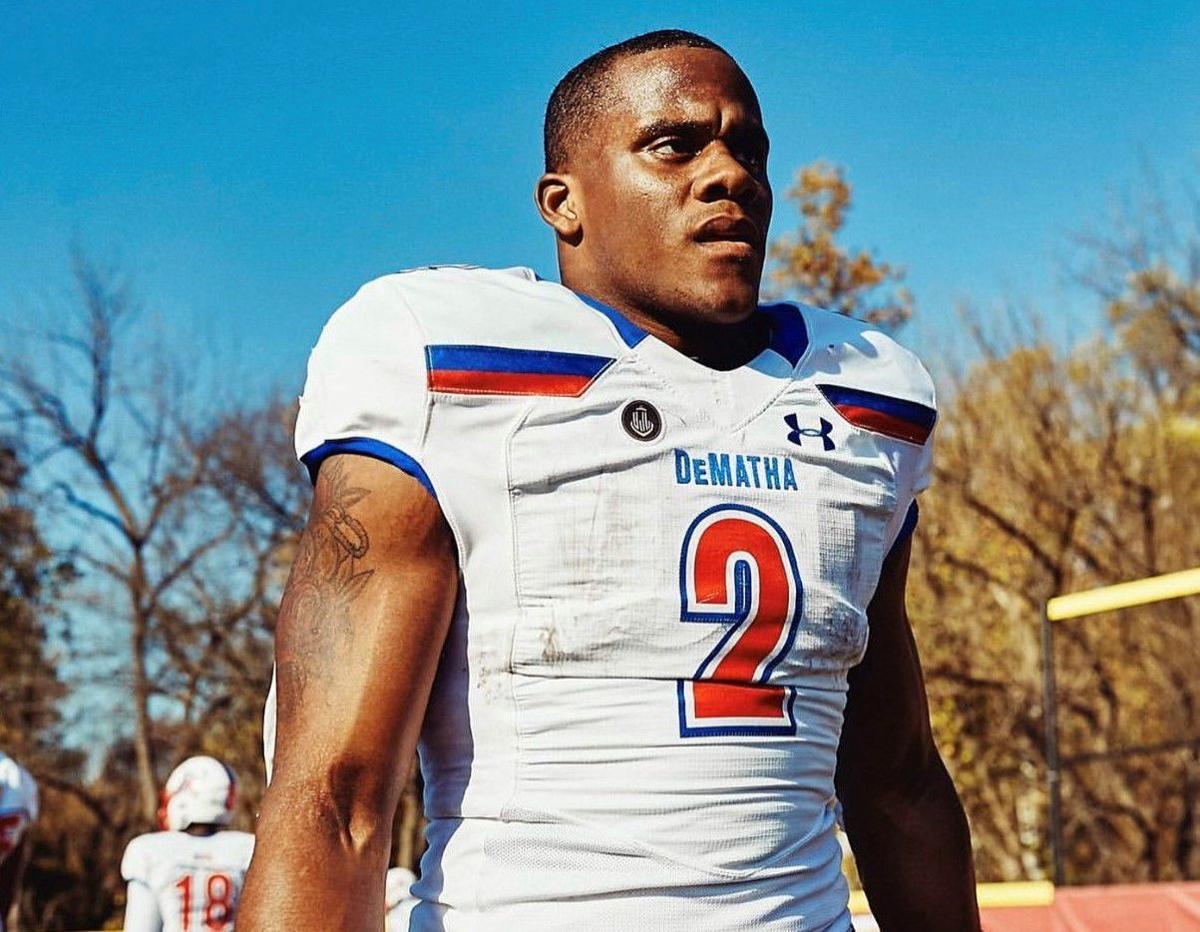 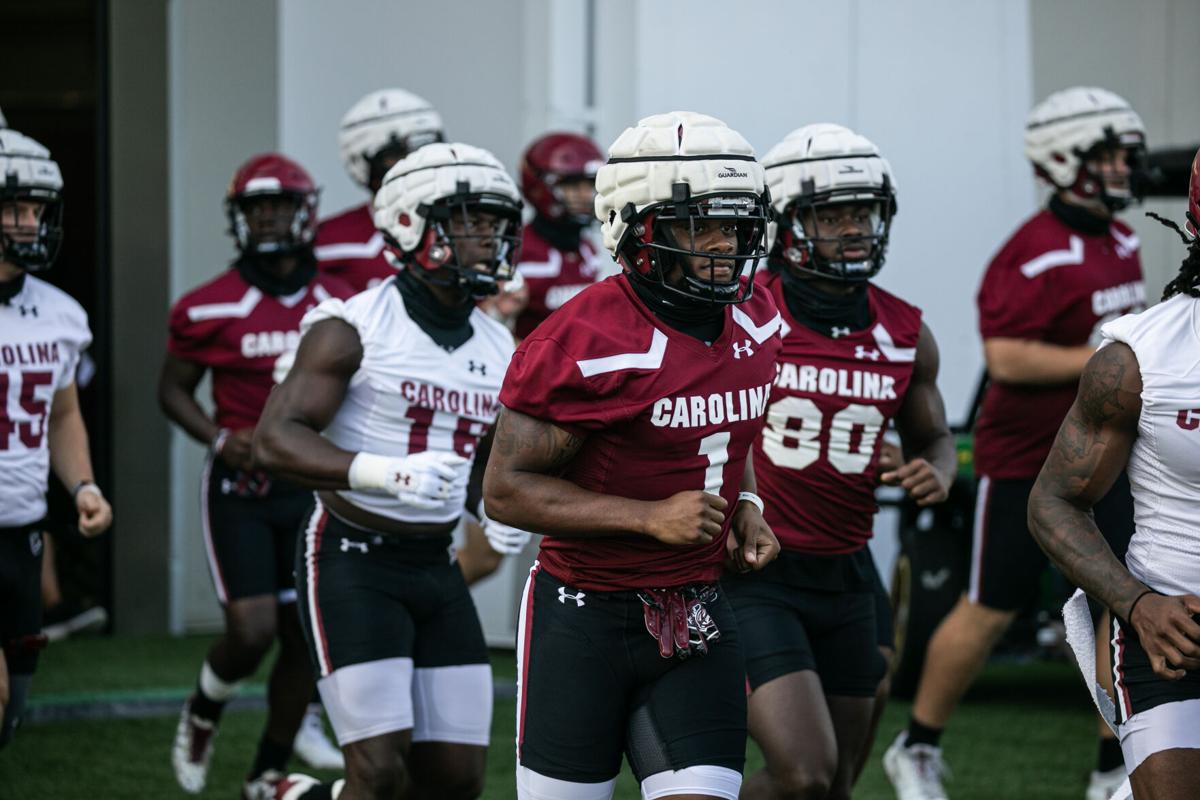 COLUMBIA — The story was already written.

MarShawn Lloyd was going to show up and live up to every shred of the grand expectations placed on him as South Carolina’s highest-rated running back signee since Marcus Lattimore. He would lead the Gamecocks back from a forgettable 4-8 season in 2019 and make 2020 the start of USC’s climb back to respectability.

The story wound up being the five-millimeter strand of tissue, no bigger than the eraser on a pencil, threaded through Lloyd’s knee and helping connect the bones of his left leg. On the second day of preseason camp, less than a month before Lloyd would be unveiled to the world and would prove to all that the hype wasn’t just that, Lloyd planted his cleat in the ground in a non-contact drill and felt something give.

His left ACL was torn. Lloyd’s season was over before it began.

Nine months later, Lloyd is about to start the most important phase of his recovery. He was held out of spring practice because he wasn’t completely ready, but the next month will light the beacon on what was taken from him last year.

“I should be good around June. I’m going to go full-go pretty much in June, with workouts, conditioning, everything, cutting,” Lloyd said. “Then by camp, I’ll be ready to go.”

Gamecocks walk off Mississippi State to salvage one win in series

The Debut Part II is coming. Just in a much different atmosphere.

The repair and rehabilitation from ACL surgery has become commonplace in sports, but there’s no telling if every athlete that goes through it will come back the same as they were. In Lloyd’s absence last year, fellow running back Kevin Harris became the star of the Gamecocks’ offense, rushing for 1,138 yards and becoming the only man in program history to break 1,000 yards in 10 games, all against SEC opponents.

Lloyd committed to head coach Will Muschamp and running backs coach Thomas Brown, who aren’t in Columbia anymore. Yet he immediately felt a kinship with new head coach Shane Beamer and new running backs coach Montario Hardesty, a former standout at Tennessee who knows about knees and smash-mouth SEC football.

“I had the same injury my freshman year and I was able to bounce back and be an All-SEC player,” Hardesty said. “I can help him through those things.”

But how will Lloyd react? He was the No. 1 guy last year, and now Harris (and perhaps ZaQuandre White, who starred throughout spring ball) are in front of him. Lloyd admitted that the first few months after surgery, when he couldn’t run or do any lower-body exercise, were spent adding 30 pounds, weight he has since cut down to his present 215.

“It’s easy to show people that you’re feeling good when you’re really not,” Lloyd said. “I struggled a lot with the process.”

He hit the books. A re-devotion to the Bible helped him daily, and he finished his first year majoring in civil engineering with strong grades. He understands now that the 18-and-bulletproof theory has numerous holes.

“I learned that the little things count, as far as recovery. Coming in last year, a lot of recovery things I did not do,” he said. “I just came in the next day and went through it. So it taught me to prepare better in every way possible.”

He also helped Beamer shore up a linebacker corps that needed serious help, when pal Debo Williams became available. Both hail from Delaware, although Lloyd prepped in Maryland to get better recruiting notices. He convinced Williams that opportunity awaited at USC.

“That boy is electric, man. I’m 12, 13 years old and he’s jumping over people,” Williams said. “This man was doing stuff you won’t see. I wouldn’t be surprised if him and Kevin were the best one-two punch there is this year.”

How Lloyd and Harris will be used remains a mystery as spring ball kept it secret. Yet it’s not absurd to think both could be on the field at the same time.

The Gamecocks don’t have a proven passing game, their receivers still a work in progress and their tight ends, while talented, not built to stretch the field. It stands to reason Beamer and first-year offensive coordinator Marcus Satterfield will have to scale down what they want to do and play to their personnel.

That means run the ball, use the tight ends for short routes, and keep a thin defense as fresh as possible. Lloyd and Harris are instrumental in that.

“I know he’s going to get back to full speed sooner rather than later and is right on schedule with where he needs to be,” Satterfield said. “And we are really, really, really excited to get MarShawn back.”

He doesn’t have to be the standout. He doesn’t have to carry the team upon his shoulders. It will be enough just to get out there and ease into the role that so many wanted for him a year ago, and keep improving.

“Coming into South Carolina, I always wanted to come in and play pretty early. I just had to take a seat and recover and grow in things that I would struggle with,” Lloyd said. “I had a great camp, I was ready to go, it was time, it was like a month away, everything was going great in my way. So, it definitely was a hard pill to swallow.”

The bitterness is a memory. The future, as it did nearly a year ago, continues to glow.