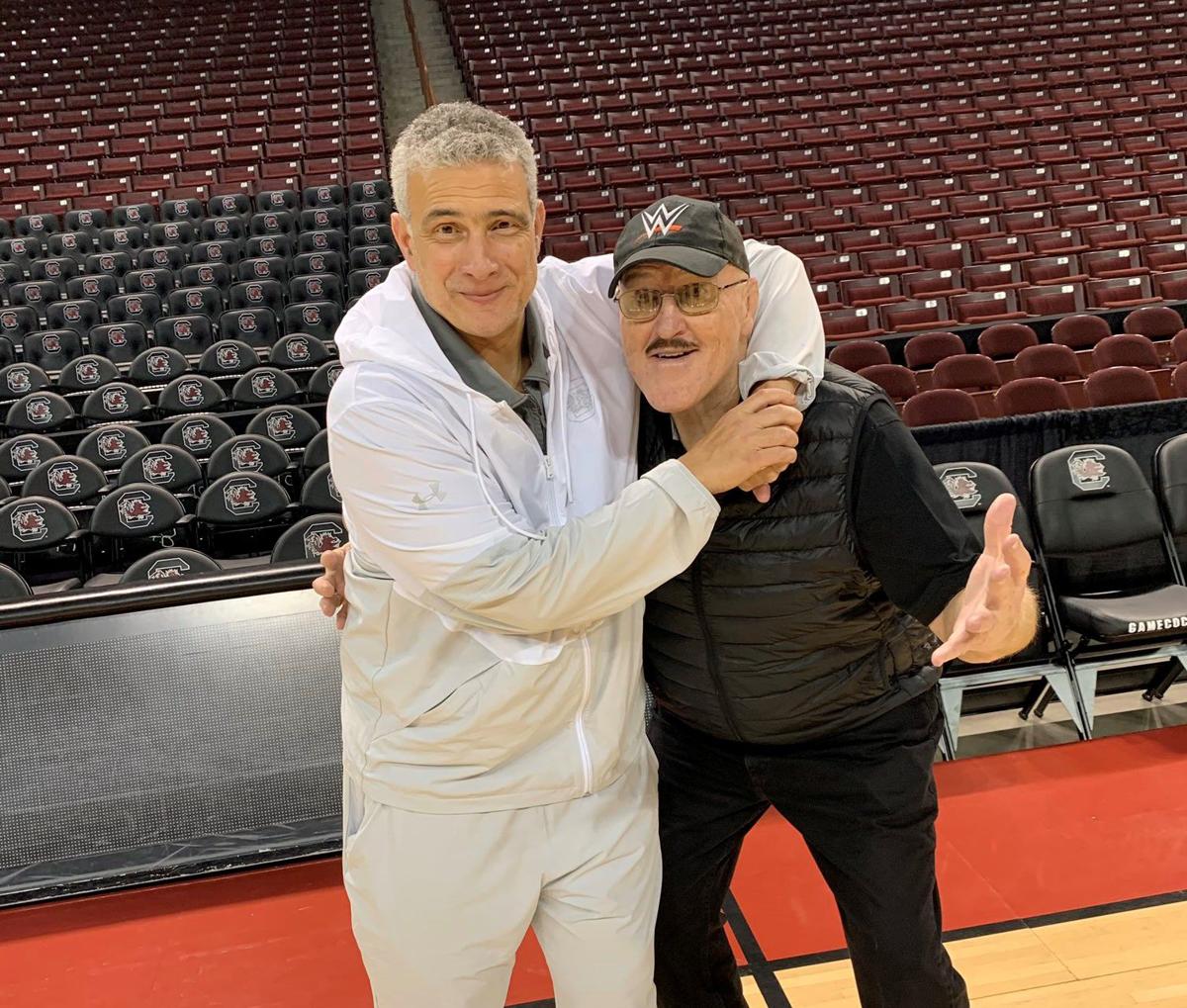 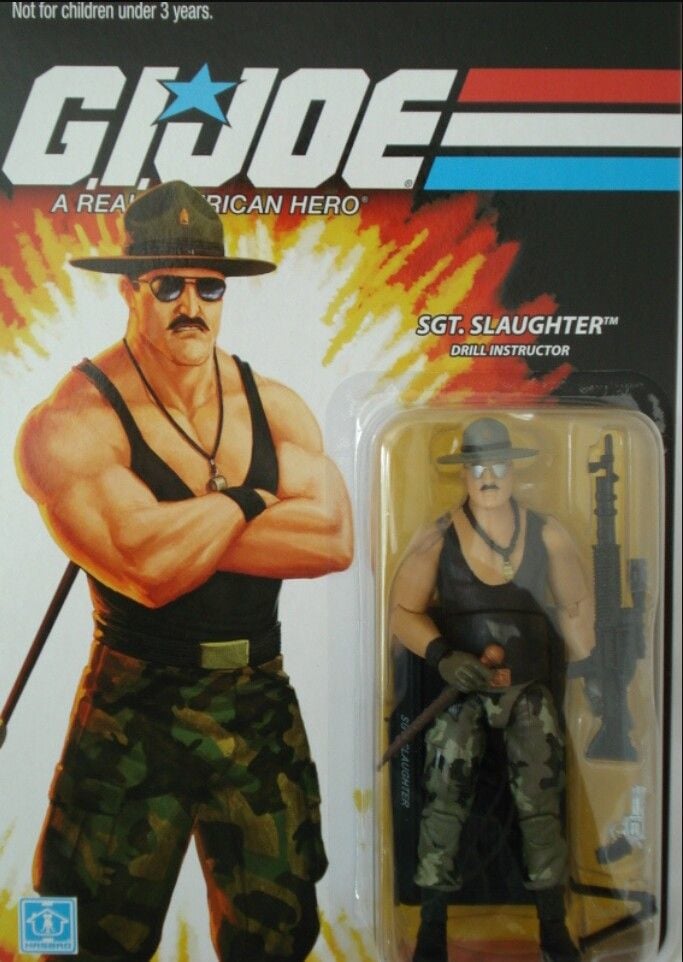 COLUMBIA — All men have watched it. Some religiously, some barely, but they’ve all watched it.

Wrestling is as much a part of a boy’s upbringing and a man’s leisure time as milk (younger) and beer (do the math). South Carolina basketball coach Frank Martin is no exception, attending Championship Wrestling from Florida events while growing up in his native Miami and sometimes flipping on WWE’s weekly show today, although that’s mostly to aggravate wife Anya — “So you can watch reality TV and I can’t?” he kids her.

So when assistant coach Bruce Shingler told Martin last week that one of his pals wanted to come to practice and a game, and that pal’s chief business interest was as the representation for WWE Hall-of-Famer Sgt. Slaughter, Martin felt like he’d been choke-slammed. He had to pick himself off the mat to shout, “Yes!”

“They showed up and they spent the whole day with us. Shoot-around, the game … listening to some of the old stories,” Martin said. “Those guys are unbelievable entertainers. I had the time of my life hanging out with him, I really did.”

Slaughter, born Robert Rudolph Remus in Detroit, raised in Minneapolis and billed from Parris Island as a wrestler, took in the Gamecocks’ Jan. 14 practice and then their Jan. 15 game against No. 10 Kentucky at Colonial Life Arena. USC beat the Wildcats 81-78 when Jermaine Couisnard banked in a 3-pointer at the buzzer.

Buzzer-beater lifts Gamecocks over No. 10 Kentucky

“When the game ended, he’s in the locker room and he grabs me and said, ‘Man, I can’t do these games!’” Martin said.

Slaughter lives in the Charlotte area and attended LSU’s national championship victory over Clemson in New Orleans on Jan. 13. His agent, Paul Incerto, had an idea on the drive home.

“I’ve known Paul for years. He’s a big sports guy,” said Shingler, who met Incerto when both were in Miami. “When we went on our Final Four run, he came to our game against Baylor and then came back for the Florida game. He kind of fell in love with the program.”

Incerto and Slaughter declined interviews for this story, but Shingler said that Incerto called him Jan. 14 and asked if he could swing by Columbia for the game.

“And he said, ‘I may be doing some stuff with Sarge, so I may bring him with me,’” Shingler said. “I knew Frank was a big wrestling guy, and he said, ‘Yeah, let’s do it.’”

Both knew of Slaughter, who beat Ultimate Warrior for his lone WWE World Heavyweight Championship at the 1991 Royal Rumble, leading to his most popular turn at Wrestlemania VII later that year. Slaughter went on to influence a popular G.I. Joe action figure and was inducted into the WWE Hall of Fame in 2004.

He was welcomed to USC's practice, albeit without his signature fatigues, sunglasses and drill sergeant cover, and mugged for the camera while Martin had him in a headlock. The players were impressed.

“I used to be a big WWE guy, so I saw him and was like, ‘Oh!’” freshman Wildens Leveque said. “I was kind of confused at what he was doing there … but it was pretty cool that he was there.”

Slaughter had a message for his followers, Tweeting “TEN HUT @GamecockMBB Fans OK At Ease and Listen Up! General @FrankMartin_SC told me they are taking NO Prisoners TONIGHT in their game against @KentuckyMBB See You There, and That’s An Order!! ANY QUESTIONS”

Martin and Slaughter swapped war stories, Slaughter crediting Martin’s style and Martin remembering the names of his and Slaughter’s past. “And how about he had a match two years ago at age 69,” Martin said. “I told him, ‘You’re insane,’ he says, ‘Yeah … you get hit with a chair for a living, something’s really screwed up up there.’”

Rocky “Soulman” Johnson, who passed away Jan. 15 at the age of 75, was a trailblazer who leaves an indelible mark on the wrestling business and a legacy that stretches across all promotions.

But each remained somewhat calm as the Gamecocks clawed to hang onto a signature win, and got it when Couisnard’s shot splashed. The squared circle was elevated to a 90x54 hardwood court, but that shot would have earned a title belt in any arena.