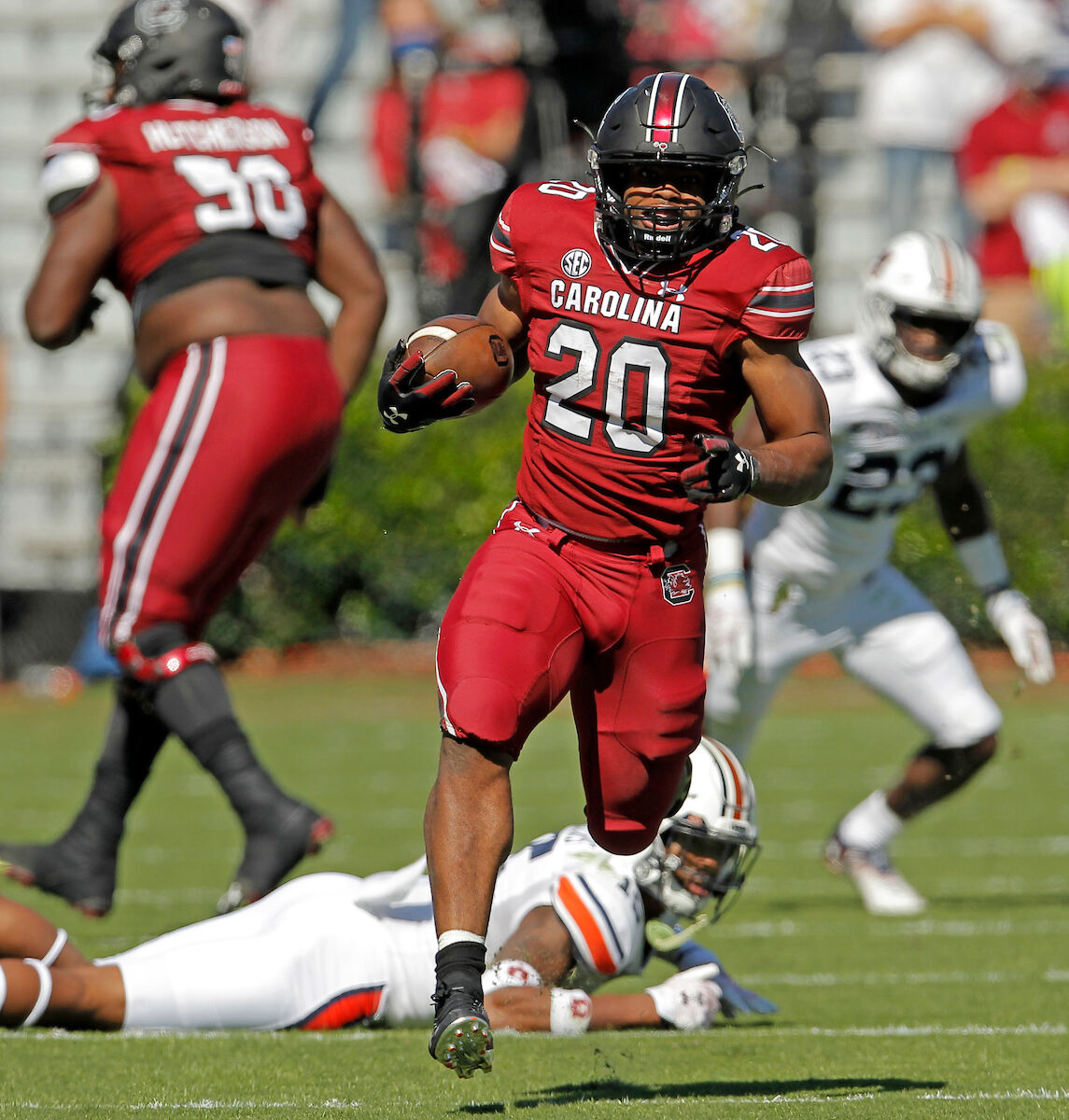 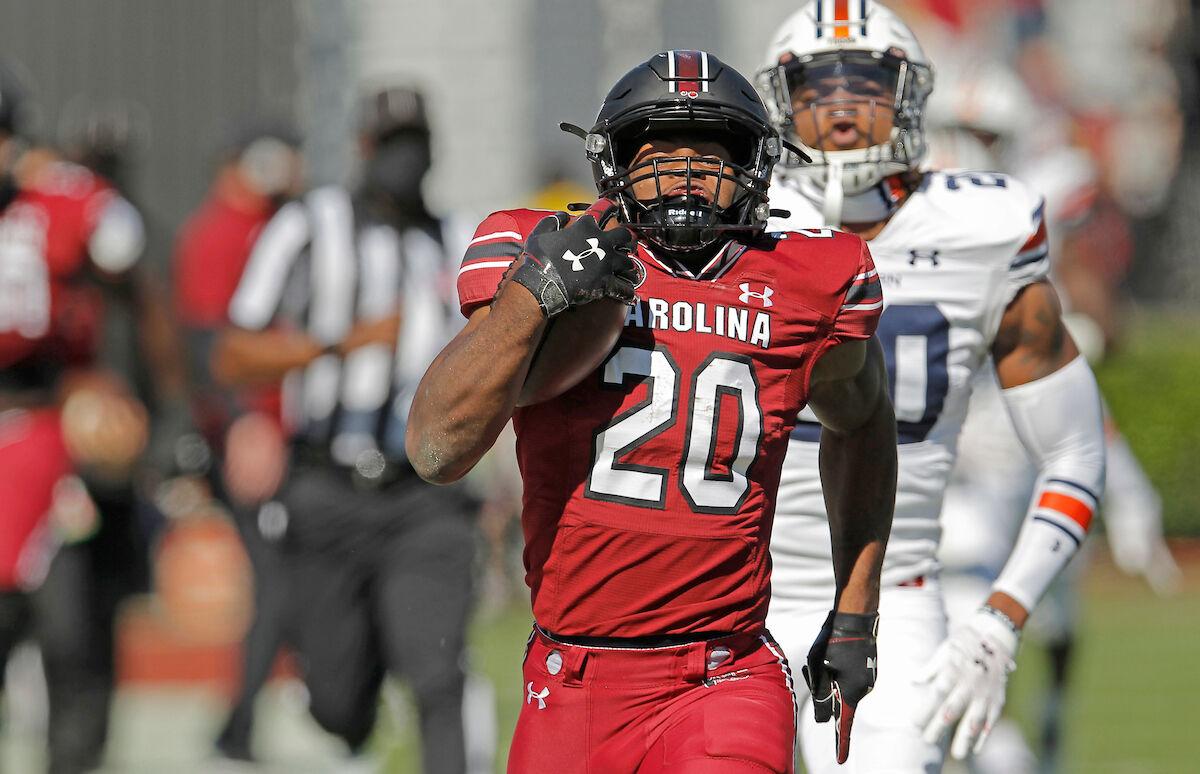 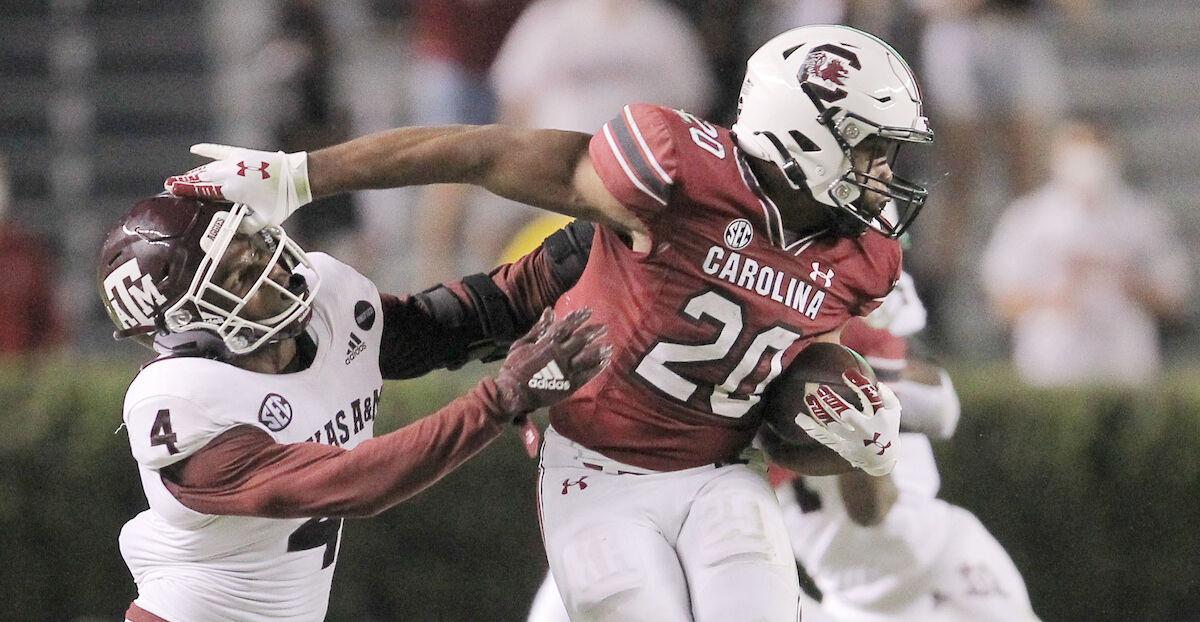 Just as well, although it would have been interesting to hear Harris wow the room with his pronunciation. He’s never been loquacious, and at this point, he probably doesn’t want to jinx what he could achieve on Saturday.

“I was talking to him more about it this morning,” USC receiver Dakereon Joyner said. “And I know he’ll reach it.”

Harris is 72 yards away from reaching 1,000 for the season, something only eight other running backs in program history have done. He knows how close he is and how likely it is he’ll be given numerous chances on Saturday as the Gamecocks finish the regular season at Kentucky.

So why should he speak about it now? He can let others do that for him.

“Him getting 1,000, I think it’s important to our guys, especially our offensive line and tight ends. They know where he’s at,” interim head coach Mike Bobo said. “He’s into it, he’d rather us be winning ballgames, but we all know he’s close to getting 1,000 and to do that in a 10-game schedule against all-SEC opponents, I think that’d be something meaningful that these guys can hang their hats on moving forward.”

Harris would be the ninth Gamecock to rush for 1,000 yards in a season, something that has happened just 11 times (George Rogers, the school’s greatest running back, thrice did it).

But none of the others did it in only 10 games. Or against an all-SEC schedule.

“That’s one heck of a milestone, especially for a guy like Kevin, who’s had a great year and is going to have a great game for us on Saturday,” quarterback Luke Doty said. “We finish out, and get a win, and get him to 1,000 yards, that’d be awesome.”

The Gamecocks burst onto the 1,000-yard scene in 1975, when tailback Clarence Williams and fullback Kevin Long each hit the mark while running the veer offense under coach Jim Carlen. That led to Carlen landing Rogers in 1977, and in 1978, the start of three consecutive 1,000-yard seasons, capped by 1,894 in 1980 that won Rogers the Heisman Trophy.

Seven years later, the Gamecocks got Harold Green to 1,000 in Joe Morrison’s Run-N-Shoot offense, and Duce Staley rushed for over 1,100 yards under coach Brad Scott in 1996. In 2000, Derek Watson was able to cross 1,000 in Lou Holtz’s ground-based attack.

Marcus Lattimore was named SEC Freshman of the Year in 2010 after he spurred the Gamecocks to the SEC East championship with 1,197 yards. In 2013, current Carolina Panther Mike Davis became the most recent back to cross the 1,000-yard plane.

Harris, quiet but powerful, impressed last year in limited time and displayed his toughness by returning from a torn groin to play the final four games. He was elevated to No. 1 back this year when heralded freshman MarShawn Lloyd was lost for the season on the second day of preseason camp, and said then he never felt any pressure to perform.

As much as losing Lloyd stung, Harris knew he could produce if given the chance. He was going to get it.

“We have not really been that balanced of a football team, or not been that proficient in the passing game,” Bobo said. “It has made running the football a little bit more difficult.”

Harris hit 100 yards in his second game at Florida, then rushed for 171 against Vanderbilt a week later. He was 17 yards short of 100 against Auburn but pasted LSU for 126.

The Ole Miss game was his explosion into the nation’s consciousness, Harris galloping for 243 yards, the fifth-best single-game total in school history. But like the other 1,000-yard members, none of them ever did it against an SEC opponent, and no Gamecock but Harris has ever scored five rushing touchdowns in one game like he did in Oxford, Miss., three weeks ago.

The heart was again on display last week in a loss to Georgia, when USC faced fourth-and-1 late in the second quarter. Taking the handoff deep in the backfield, the Bulldogs’ Azeez Ojulari had Harris wrapped a full 2 yards behind the line.

Somehow, Harris kept churning, breaking the hold, steadying himself with a hand on the back of fallen lineman Jakai Moore and stretching for the first down.

That’s the kind of play that deserves accolades, even if the performances came during a miserable 2-7 season.

Gamecocks have so many reasons for having so few reliable receivers

There’s a lot at stake on Saturday. Harris, who has been playing on a sore ankle for the past month, will get his share of carries as backup Deshaun Fenwick will probably be out. Bobo said he can’t approach the game gearing for an individual accomplishment over the team winning, but if it’s out of hand and Harris still hasn’t hit 1,000, he might ask his staff how close he is and send him in.

Then again, if Harris bursts for a 75-yard run on the first play of the game and gets the record, they may want to sit him no matter how the game is going. After carrying the offense for the entire season, Harris could use the rest.