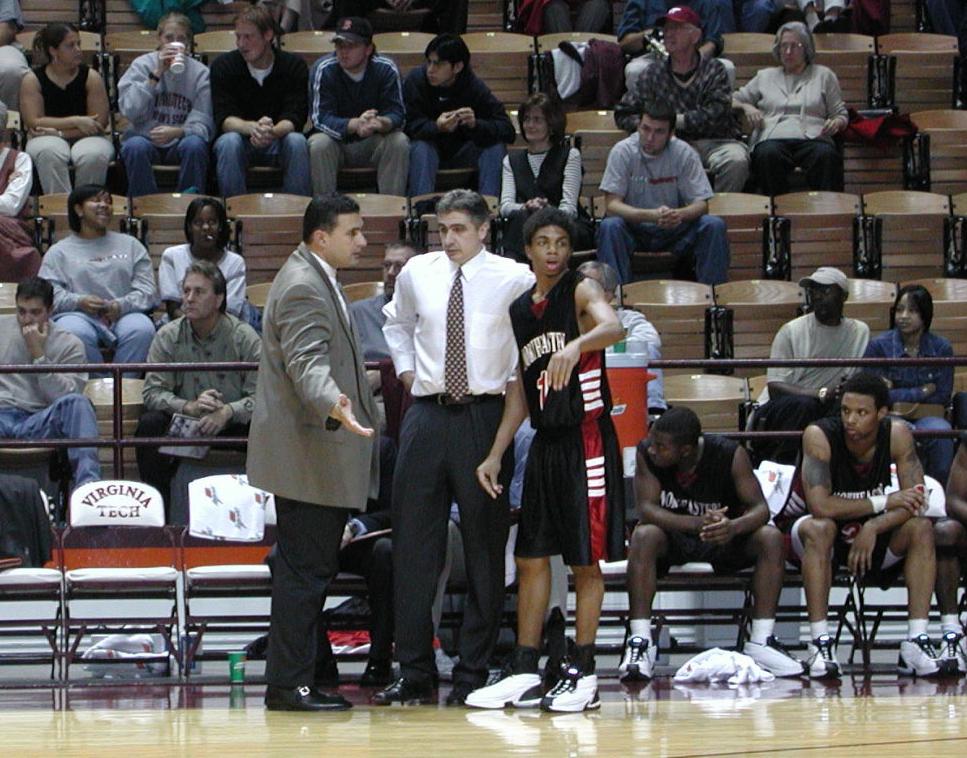 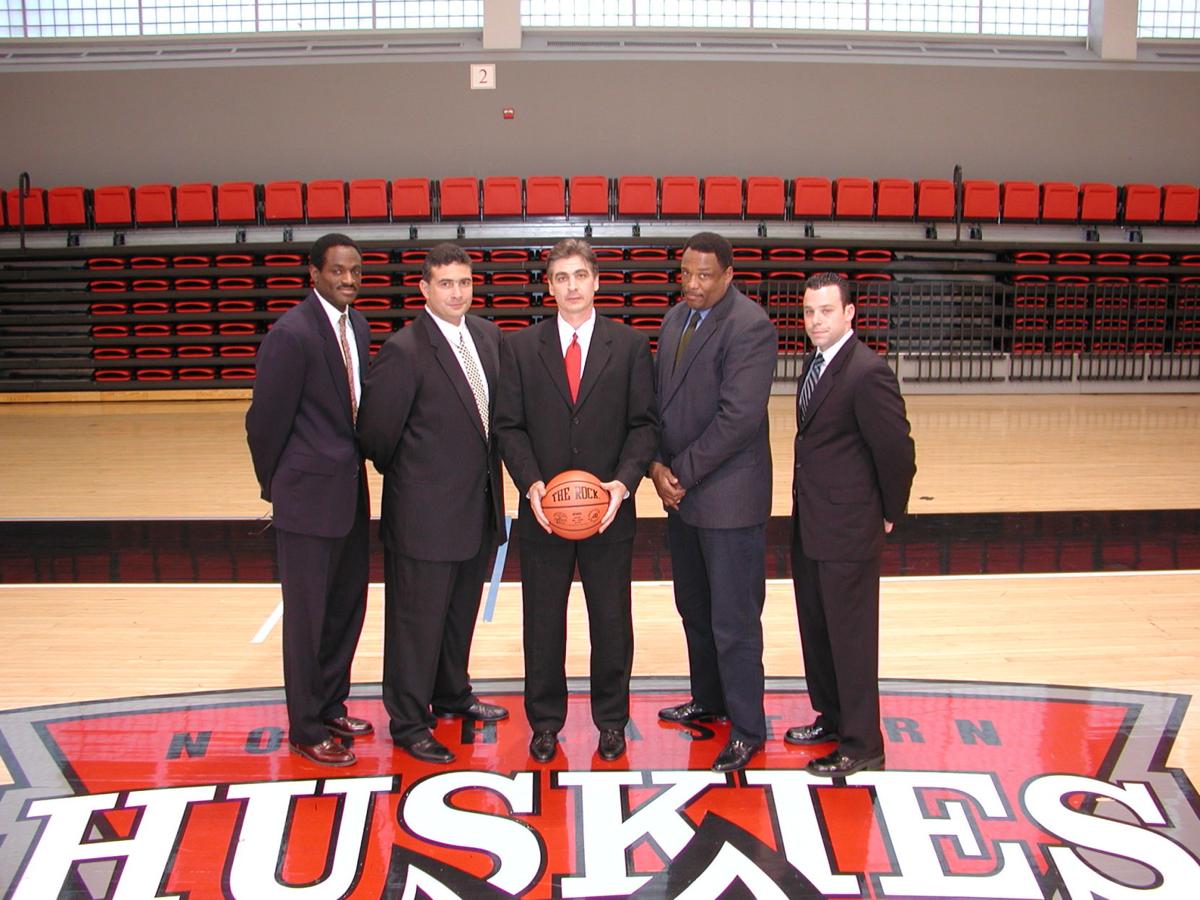 COLUMBIA — Frank Martin remembers the sights, the history, the cold.

He also remembers sleeping on couches, losing one of the two suits he owned and scrambling, surviving and doing anything he had to do to chase his dream.

“It’s the same way I grew up. I worked,” South Carolina’s eighth-year basketball coach said. “It was a frustrating time. But you don’t complain, you don’t cry, you don’t blame anybody.”

As Boston University visits Colonial Life Arena on Tuesday to take on the Gamecocks, Martin is reminded of the four years he spent less than a mile's walk from the Boston campus as an assistant coach at Northeastern. Born and raised in Miami, Martin’s journey to a college coaching career coincided with the journey from leaving everything he knew to start over in a city 1,500 miles from home.

The pageantry of the city and being that close to Fenway Park had an effect, but he had no time to soak it in. He was there to work.

“The conversation started in June and it was solidified in July while I was working the Nike All-American camp,” Martin said. “Then I moved up there in August.”

It was 2000 and Martin had been teaching math and coaching high school basketball for 15 years. Current Florida State assistant Charlton Young got to know Martin while recruiting one of his players (Marcus Barnes, who signed with Miami and then transferred to Northeastern for his final two seasons).

Young was about to leave Northeastern for Auburn, and he recommended Martin to his boss. Soon Martin was Boston-bound.

Boston is hot in the summer. It’s not most of the other nine months. Martin’s Miami wardrobe wasn’t going to last.

“I had warmup suits and that’s what I wore,” Martin said. “I ended up getting a thick, heavy coat and then the school gives you two polo shirts and a warmup, and once the winter hit, they gave you a winter coat.”

He was a full-time assistant coach making $28,000 per year, with an extra $5,000 coming after he ran Northeastern’s basketball camp the following summer. Even close to 20 years ago, rent in Boston was way over what Martin could afford.

So with his two “game” suits (one black, one brown), a pair of dress shoes bought for him by a friend, a lot of nylon warmup gear and his trademark belief in himself and intensity to succeed, Martin headed north. The first month, he crashed on a friend’s couch in a brownstone one-bedroom apartment three-quarters of a mile from campus.

By the second, he had met fellow assistant Travis Garrett and moved in with him.

“I was coming from Chipola (Junior College in Florida), he was leaving high school,” said Garrett, today the coach at South Georgia Tech. “I found an apartment in North Attleborough, which is really East Providence, R.I., and we would commute. Get in about 11 or 12 at night, the first train out was around 5 a.m.”

The two bonded over basketball, and Martin got a foreshadowing of his future. Garrett is from Columbia and would later coach at USC Salkehatchie and Rock Hill’s Clinton Junior College. Inside the apartment were two plastic fold-up couches that doubled as beds, and a tiny TV.

“Some Sundays, if we would have practice in the afternoon, we would go get a good hamburger or something and listen to some jazz in Boston,” Garrett said. “But eventually, we’d look at each other, saying, ‘We got to get back on the train and get back home.’ We’d take the train, walk in the snow for 10 minutes to the apartment, sleep a few hours, then get up and do it all over again.”

Under the late Rudy Keeling, Northeastern started the season at Navy. The Huskies were blitzed, 87-66, but Martin lost more than a game that night.

“I put my suit above my seat on the bus. So right after we bused back, six hours, we got back at 2 a.m. I got off the bus, took the train and walked to the apartment,” Martin said. “I realized I left the suit and called the bus company, but they never found it. So I was down to one suit.”

Free time was scarce and spare cash was scarcer. Martin was also helping support his son, Brandon (now a sophomore forward at USC Upstate), in Miami.

“When I got paid, I took care of the rent and paid my oldest son’s daycare,” Martin said. “It wasn’t like today, where we have meals set up for the players and I can sneak in and get one here and there. Our players at Northeastern had to go eat in the general cafeteria on campus, which cost money to get into.”

Garrett saw the same traits in Martin as his current players do. His sideline demeanor always gets the most attention but his worldly knowledge of the game and devotion to his players stand out.

South Carolina's older base wasn't fazed by a massive group of newcomers.

“When it’s time for anything basketball-related, when it comes to practice, he’s always very intense,” Garrett said. “But he loves his guys. He will do anything and everything for them on or off the court.”

Northeastern suffered through a 10-19 season. The day after losing to Delaware in the America East tournament, the staff was fired.

Martin had been there less than a year. He had next to nothing and his son counting on him. He found a basement office with a couch and a toilet for 100 bucks a week, but he had no job until Memorial Day.

He was about to take another high school gig in Miami when Ron Everhart, Keeling’s replacement at Northeastern, got in touch with him. He wanted to ask if Martin was interested in staying on with the Huskies.

"I sat down and talked to him at the 2001 Final Four in Minneapolis, and the one thing that came across very clearly and very concisely was his intensity," said Everhart, (now an assistant at West Virginia under Bob Huggins, Martin’s mentor). "He communicates, he holds kids accountable, he does things right. We were right down the same road in the way we thought about the game."

Martin was torn, but he wanted to pursue college coaching. He accepted, was bumped in pay to around $33,000 and started coaching another group of youngsters.

"He was unique as an assistant coach in that he could do everything," Everhart said. "He had great relationships and great networks across the country, and he was able to talk to kids on their level."

The first season under Everhart had seven wins. But the Huskies won 16 and 19 games over the next two, with Martin receiving steady salary increases.

Martin, who met his wife, Anya, when she was the assistant director of financial services at Northeastern, were eating lunch when Huggins called one day. He said he had an opening at Cincinnati. Martin said yes.

Anya put her plans to be a school administrator on hold and went with Martin to Cincinnati. Then came the journeys to Kansas State and USC, where he became the Gamecocks’ third-winningest coach in just seven seasons, and the only one to reach the Final Four.

He’ll be coaching Tuesday, trying to get his Gamecocks to 4-0 for the first time since that 2016-17 Final Four season. And there may be a moment or two when he thinks of that hovel near East Providence or those lengthy train rides.