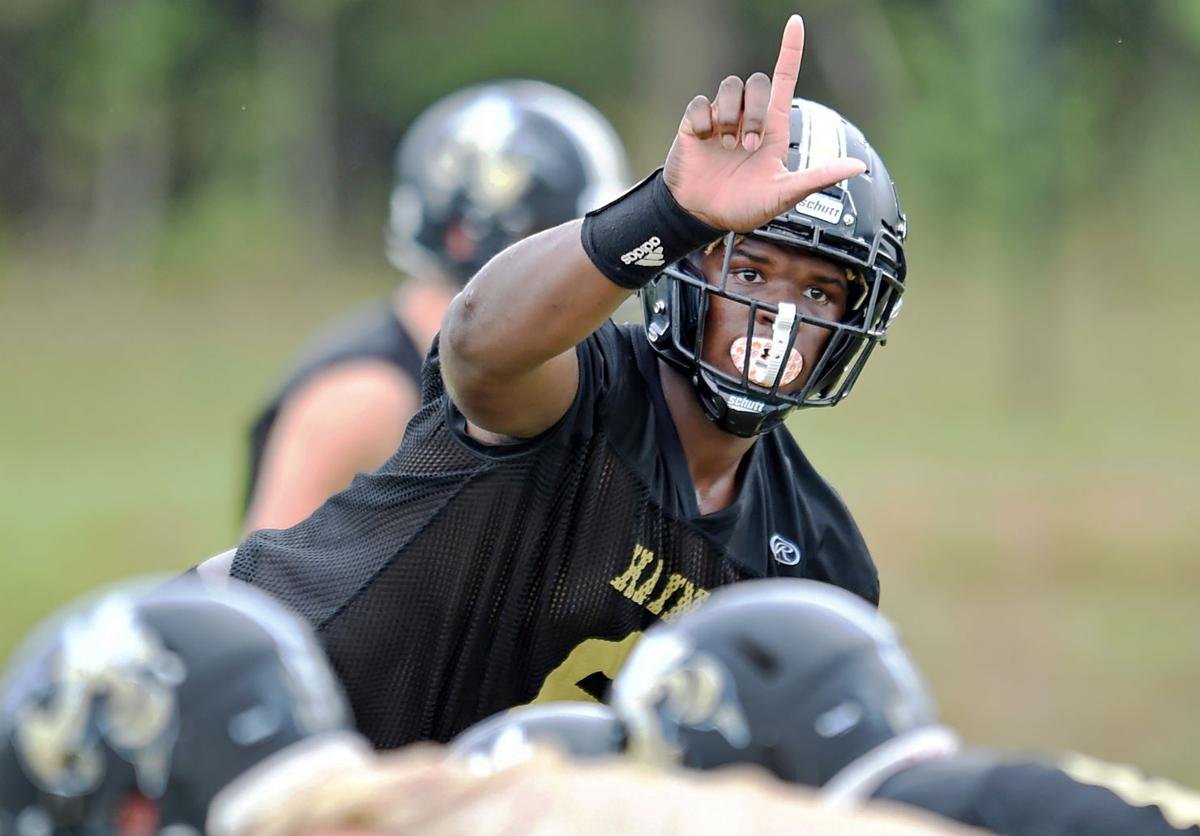 Defensive lineman Zacch Pickens was a five-star recruit out of T.L. Hanna High School. File/Gwinn Davis/Special to The Post and Courier 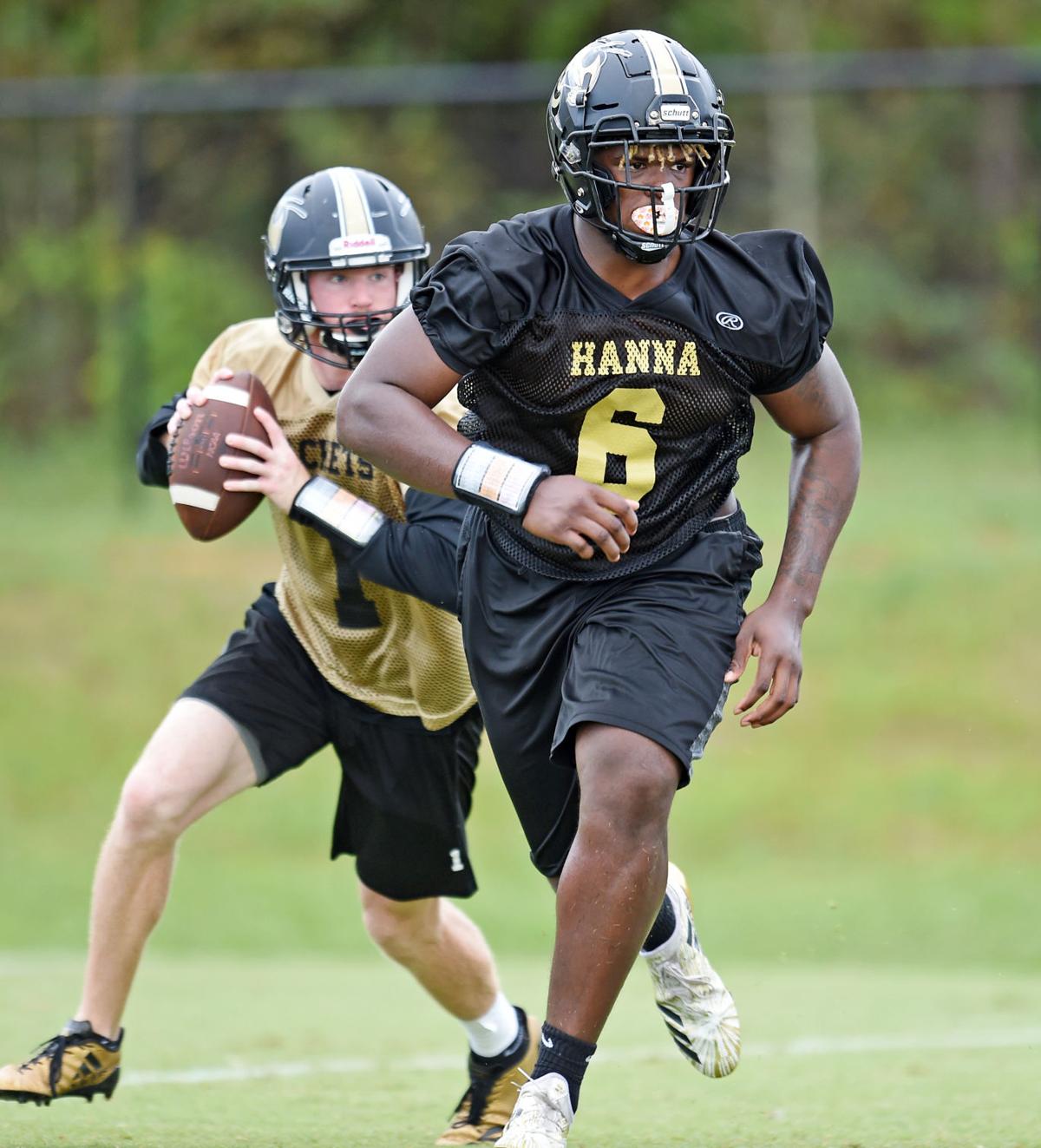 T.L. Hanna's Zacch Pickens (6) came to South Carolina as a five-star recruit. File/Gwinn Davis/Special to The Post and Courier

COLUMBIA — Shrouded by the wisps of smoke surrounding South Carolina’s search for a backup quarterback, the addition of a new running back who last played at Clemson, and the fingers crossed that nobody else gets hurt, is The Guy.

Zacch Pickens is a monstrous human, the No. 26 stamped on his jersey distorted as it stretches around his frame. He won’t talk to the media because freshmen aren't allowed under head coach Will Muschamp’s rule, but he’s not here to talk anyway.

It’s strange that there isn’t more talk about him, actually. Pickens is the first five-star recruit South Carolina has had since it landed former Gamecocks star Jadeveon Clowney in 2011. He’s the guy that turned Muschamp’s recruiting efforts into reality.

Why isn’t there more hype?

“His expectations need to be of playing hard, coming in with a positive mindset every single day, being a great team member. All the things that we talk about as far as the Gamecock standard,” Muschamp said of the 6-3, 300-pound freshman from T.L. Hanna High School in Anderson. “None of those things take talent. It’s about earning everything you get in our organization every single day. If you just worry about those things, we’re not worried about the other stuff.”

Gamecocks' 'War Daddy' not sure what moniker means, but determined to earn it

Pickens has the talent to start right away but it’s doubtful the Gamecocks will need him to. He can play end or tackle on the defensive line, but there are two NFL-bound seniors in front of him (D.J. Wonnum and Javon Kinlaw) among the other experienced linemen.

USC has the luxury of being able to keep a talent like Pickens in the background, not forcing anything too heavy on him too soon. The Gamecocks are confident he can handle it if asked, but if they don’t have to rush him, as several others were last year when injuries rocked the defensive front, everyone will benefit.

Of course, Pickens could keep impressing in camp so much that he’s out there for the Aug. 31 season opener against North Carolina in Charlotte. The kudos for the top-rated player in the state and a consensus top-10 recruit in the country are already immense.

“Coming into fall camp mentally, he’s doing a really nice job. And he’s playing faster,” said defensive line coach John Scott. “So that’s a great sign that mentally he’s getting his assignment because once you know your assignment, you can play fast. So he’s playing a lot faster, we’re still working hard on his technique. But that will continue to come. ”

What does that mean when run through the coach-speak translator?

“Oh, man,” offensive lineman Eric Douglas said, shaking his head. “He’s an animal. He’s going to be great. I see a lot of Javon in Zacch.”

Pickens has worked inside and out in early camp, but arriving in spring helped get his conditioning and stamina in line to play a major role this season.

“Zacch’s a pleaser. He wants to please you, he wants everything to be right,” Muschamp said. “I’ve tried to explain to him that everything’s not going to be right all the time. You've got to be able to adjust, adapt and overcome, especially when you’re playing as close to the ball as you are. I expect him to have a nice role.”

The injuries last year created depth along the defensive front, with several candidates able to step in if needed, and there’s already been more of that in camp as Keir Thomas and J.J. Enagbare have slowly recovered from offseason injuries.

If Pickens is needed earlier than planned, the Gamecocks won't be concerned.

Gamecocks bringing back 'Black Magic' with throwback uniforms from 1980s

“He’s got really, really good size and strength for a freshman coming in,” Scott said. “He’s got like a junior body right now as a freshman. So that certainly helps.”

Clowney started his first collegiate game and ended it with seven tackles, a pass breakup and a quarterback hurry. He helped the Gamecocks overcome a 17-0 deficit to beat East Carolina.

Yet he does get to start his career in Charlotte, just like Clowney did.

The opportunity is there.

WHERE: Bank of America Stadium, Charlotte

Tavien Feaster knew what transferring to an in-state rival would mean. He also knew it was his best shot at reaching his ultimate goal.

Will Muschamp wrapped up South Carolina's second scrimmage of the fall on Saturday.

South Carolina's running game has been abysmal the past three years. The backs and offensive line share the blame.

Gamecocks red-faced about red-zone failures. Here's how they plan to fix the problem.

South Carolina doesn't want to settle for field goals when it gets inside the 20-yard line.