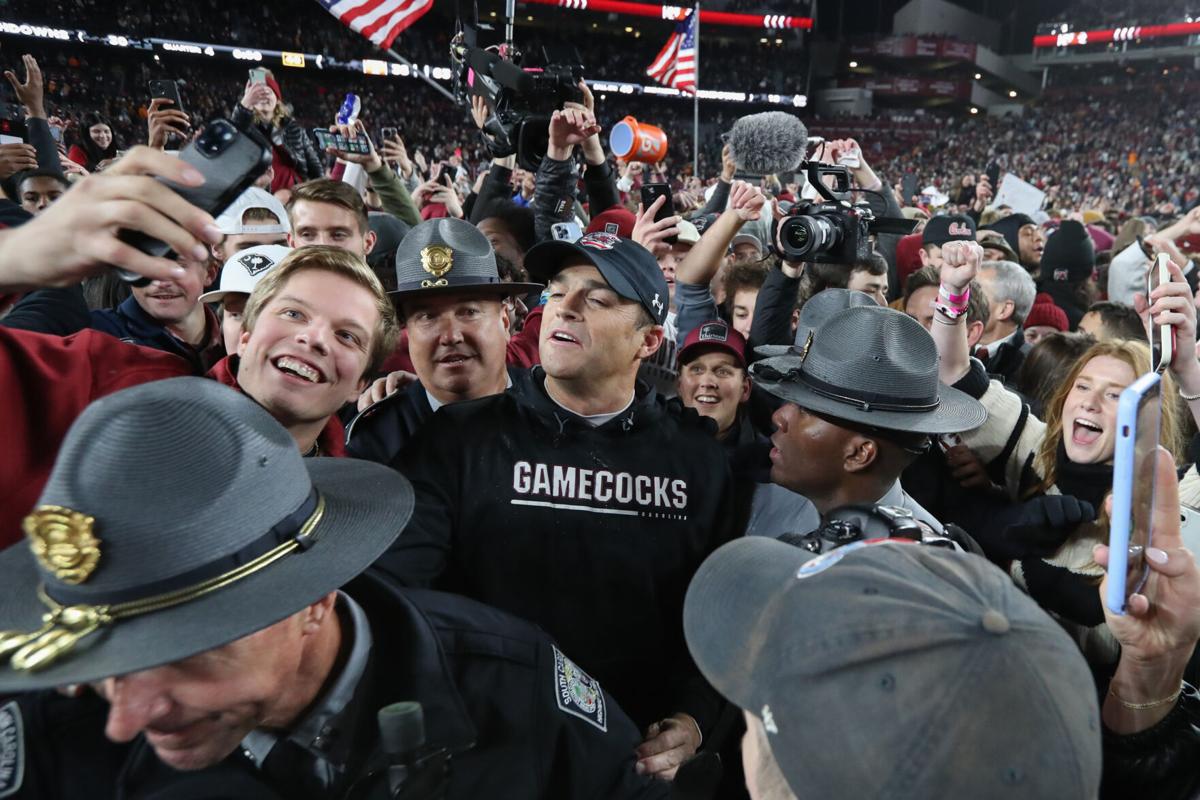 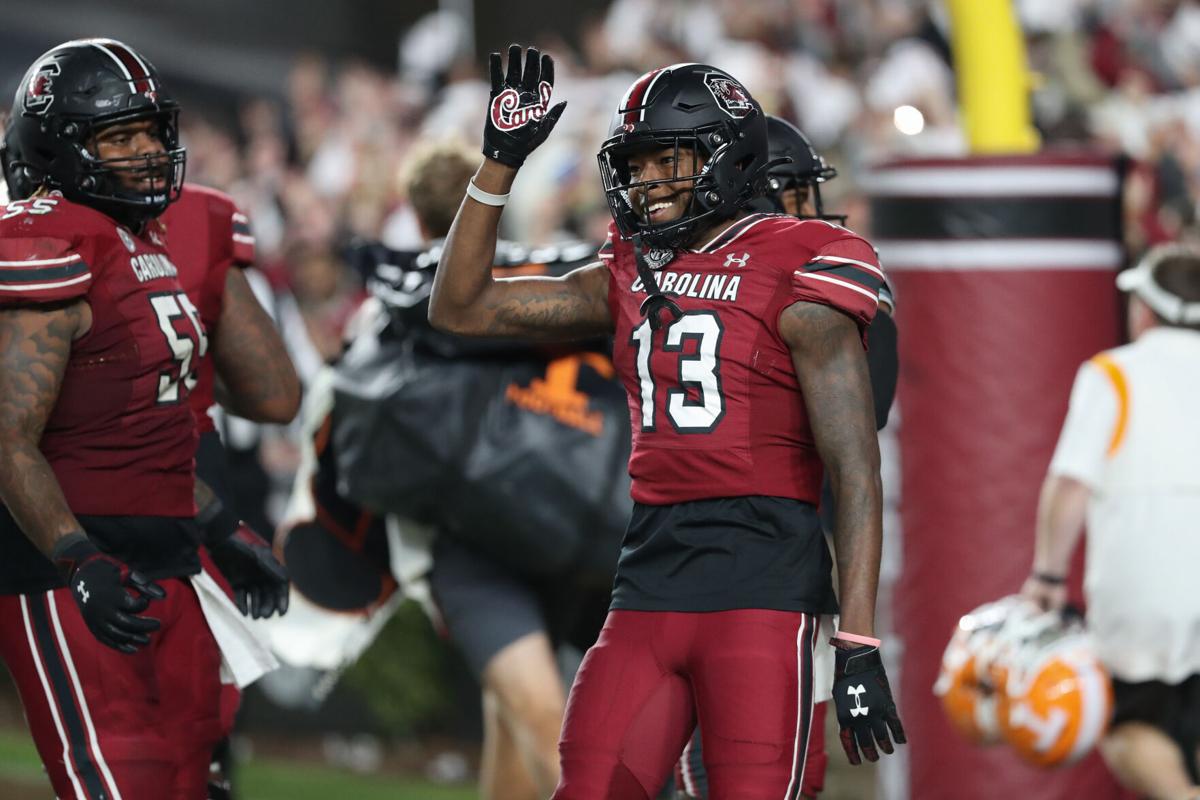 South Carolina wide receiver Jalen Brooks (13) waves good bye to the Tennessee sideline after scoring a touchdown during the second half of an NCAA college football game on Saturday, Nov. 19, 2022, in Columbia, S.C. (Artie Walker Jr./Special to the Aiken Standard)

South Carolina wide receiver Jalen Brooks (13) waves good bye to the Tennessee sideline after scoring a touchdown during the second half of an NCAA college football game on Saturday, Nov. 19, 2022, in Columbia, S.C. (Artie Walker Jr./Special to the Aiken Standard)

COLUMBIA — It made for an interesting story, but c’mon. We’re all supposed to believe that some of South Carolina’s players dreamed of beating Tennessee — actually dreamed beforehand, not just wished — and then went out and did it?

Yes, when it’s told and confirmed by so many.

“Tuesday night I had a dream that we were going to beat these guys. I don’t know what God was trying to tell me, but I literally had a dream Tuesday night,” said receiver Josh Vann, who caught two touchdowns in the Gamecocks’ 63-38 barrage of the formerly fifth-ranked and CFP-bound Volunteers. “Dreams do come true. Fairy tale.”

Vann was one of several seniors who ended his last game at Williams-Brice Stadium with one of the biggest wins in program history. Two more, center Eric Douglas and linebacker Brad Johnson, also spoke of precognitive visions of a victory.

Douglas and Johnson have a combined 12 seasons of college football between them. Douglas spoke to the team and mentioned he dreamed about beating Tennessee in his final home game and the crowd storming the field. Johnson, coach Shane Beamer said, thought of those goalposts coming down.

Each came true. The goalposts are on an apparatus that automatically lowers them to prevent them from being torn out of the ground. Thousands of fans were ripping the hedges and congregating on the Williams-Brice Stadium turf, which drew a $100,000 fine from the SEC.

Ray Tanner’s athletics department will find no shortage of donors to cover the cost this week.

“I’ve been saying it every week, y’all think I’m crazy, we got a good football team. I get it, we played like crap last week,” Beamer said. “Good football teams have bad nights and bad stretches.

Top-ranked Gamecocks hold off No. 2 Stanford in overtime

Beamer might want to ask the same group what they ate or drank before they had those dreams last week. Glass of warm milk? Leftover pizza?

He should assign a staffer to make sure their fridges are stocked. Because if this is the result, more dreams can bring more greatness.

Nobody on the Gamecocks’ roster has ever beaten Clemson. Never come close. Beamer has proven he is great at notching firsts during his short tenure, and none would be bigger than this.

Gamecocks extend No. 1 ranking streak after OT win at Stanford

USC hasn’t won a rivalry game since 2013, the five-year winning streak that ended the next season serving to wake the Tigers from their slumber and take the steps to become elite. Clemson has always owned the series, but the past seven games have almost all been viciously one-sided, the last two resulting in a combined 68-3 score.

Clemson is seeking a record-setting eighth straight rivalry win, and a dominant win, to keep its late push for the College Football Playoff alive. The Gamecocks dreamed of ending one team’s CFP goal and did so against Tennessee.

Another in a deeper shade of orange awaits.

Want the latest updates on Gamecock athletics sent straight to your inbox? Subscribe to Gamecocks Now!

Who: South Carolina at No. 9 Clemson

From Rock Hill, S.C., David Cloninger covers Gamecock sports. He will not rest until he owns every great film and song ever recorded. Want the inside scoop on Gamecock athletics? Subscribe to Gamecocks Now.