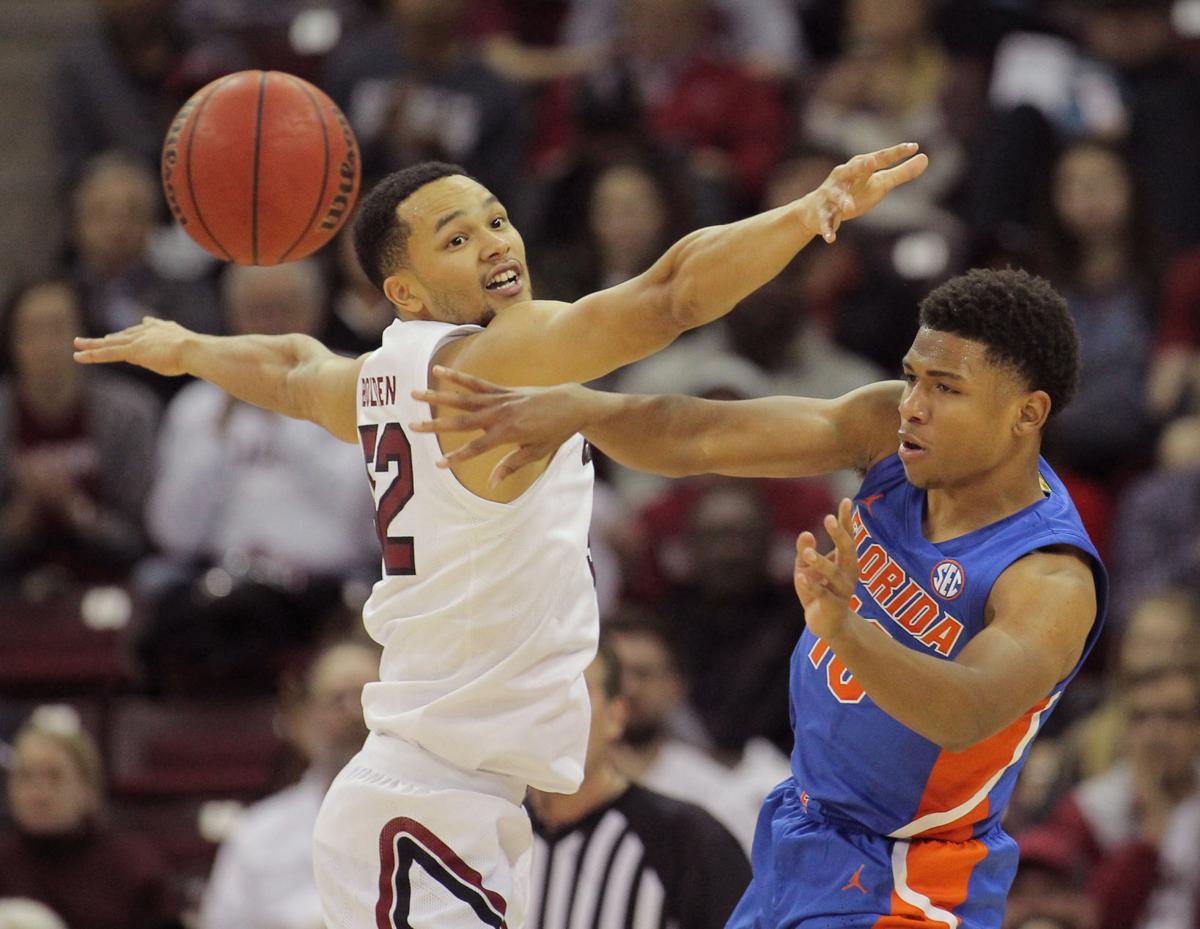 The Gamecocks couldn't keep Florida in front of them on Tuesday night. Travis Bell/SIDELINE CAROLINA 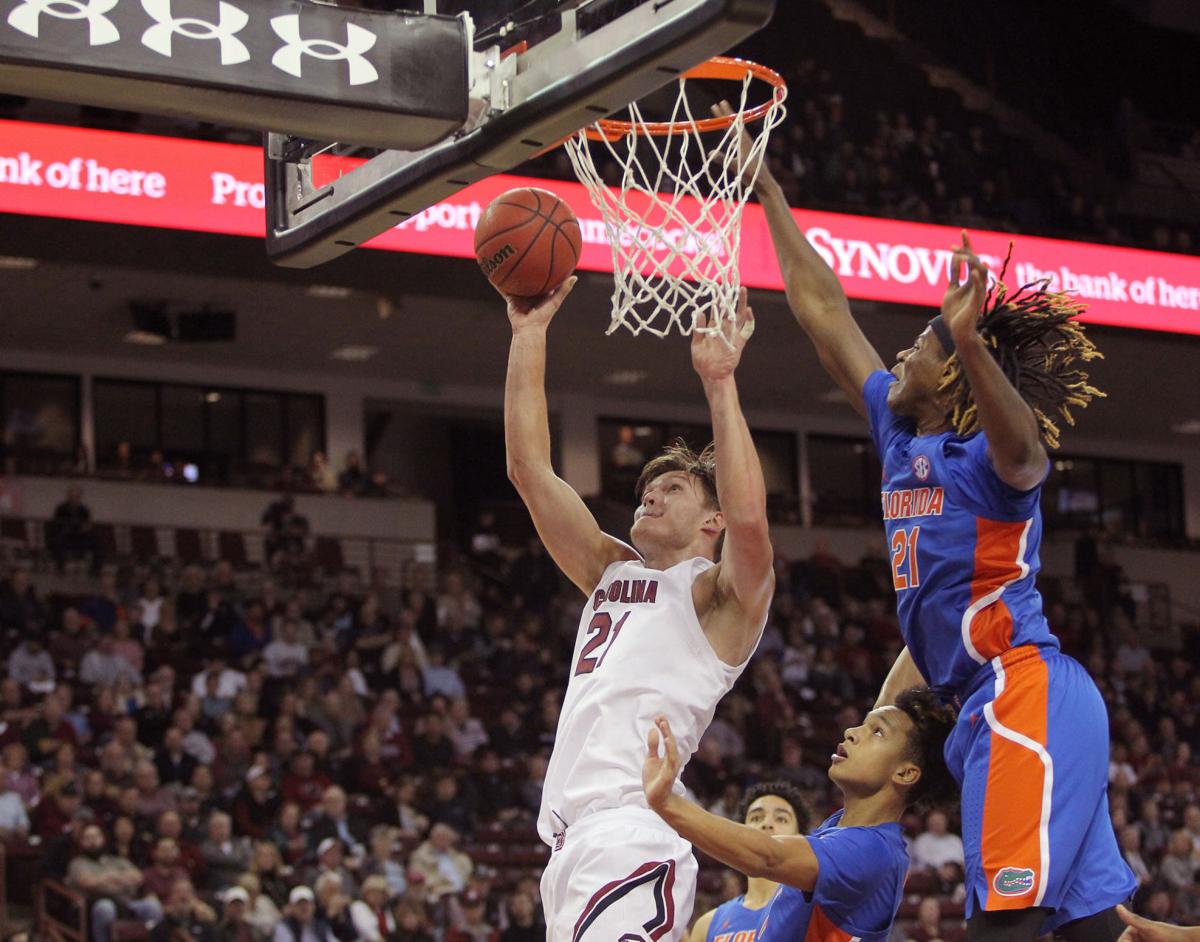 The Gamecocks couldn't keep Florida in front of them on Tuesday night. Travis Bell/SIDELINE CAROLINA

COLUMBIA — South Carolina figured out how to shoot.

It forgot how to defend.

Florida did whatever it wanted offensively in an 81-68 win on Tuesday, sending the Gamecocks to their second straight loss and an 0-1 start in the Southeastern Conference. The offensive stagnation and lackadaisical play seen in what’s shaping up to be a season-defining loss to Stetson the last time out was gone, but USC’s inability to stop the Gators set the tone for the game.

Florida (10-4, 2-0 SEC) shot nearly 70 percent from the field in the first 10 minutes, and while it cooled to a mere 46 percent for the game, it was still more than enough. The Gators smoothly slipped through the Gamecocks’ defense, finding numerous second chances and wide-open shots, as USC had to nearly draw blood each trip down the floor just to get a clean look at the rim.

The Gamecocks (8-6, 0-1) shot well, over 40 percent until having to fire desperate long-rangers in the final two minutes, and put four in double figures. They even got a boost from their biggest weakness this year, connecting on 18 of 24 free throws when they were one of the six worst free-throw shooting teams in the country coming in.

Yet every time they had a chance to get back ahead, they again couldn’t convert. The team that always had an answer in a test at No. 9 Virginia kept getting stumped on the Florida exam.

Down a point, A.J. Lawson went for the SportsCenter play, lobbing to Keyshawn Bryant for an alley-oop. It was well off target, Florida rebounded and scored eight straight points.

“He missed it, we was late,” Bryant said. “Obviously, we didn’t get back on D, and they made us pay for it.”

Down three, Lawson missed a free throw. USC left a man unguarded on the block to allow a wide-open layup, then T.J. Moss threw his third turnover of the game over Bryant’s head.

Nembhard, averaging just over 10 points per game, scored 21 and had 10 assists. His sneakers were smeared with grease while USC wore cement shoes.

Maik Kotsar scored a team-high 18 points and yanked down 10 rebounds. He played mean and was the desperately needed leader the Gamecocks required against Stetson.

He did his part against Florida, but not many followed.

“That’s how it’s supposed to be every night. Obviously, that Stetson game got to us a little bit,” Kotsar said. “I felt like we came out more aggressive this time, but that’s got to be every game.”

Freshman point guard Trae Hannibal, already a crowd favorite due to his explosiveness and dizzying speed, played two minutes and scored four points. The last two were collected on a jump-to-the-moon steal at midcourt and racing past Nembhard to finish at the other end.

Yet he only played two minutes. Lawson played 34 and scored 12 (on 3-15 shooting) with four turnovers and T.J. Moss scored two  points in 13 minutes with three turnovers.

Martin declined to answer a question about Hannibal’s minutes. “Let’s talk about the guys I actually played,” he said.

The Gamecocks tip off at Tennessee at 1 p.m. on Saturday.