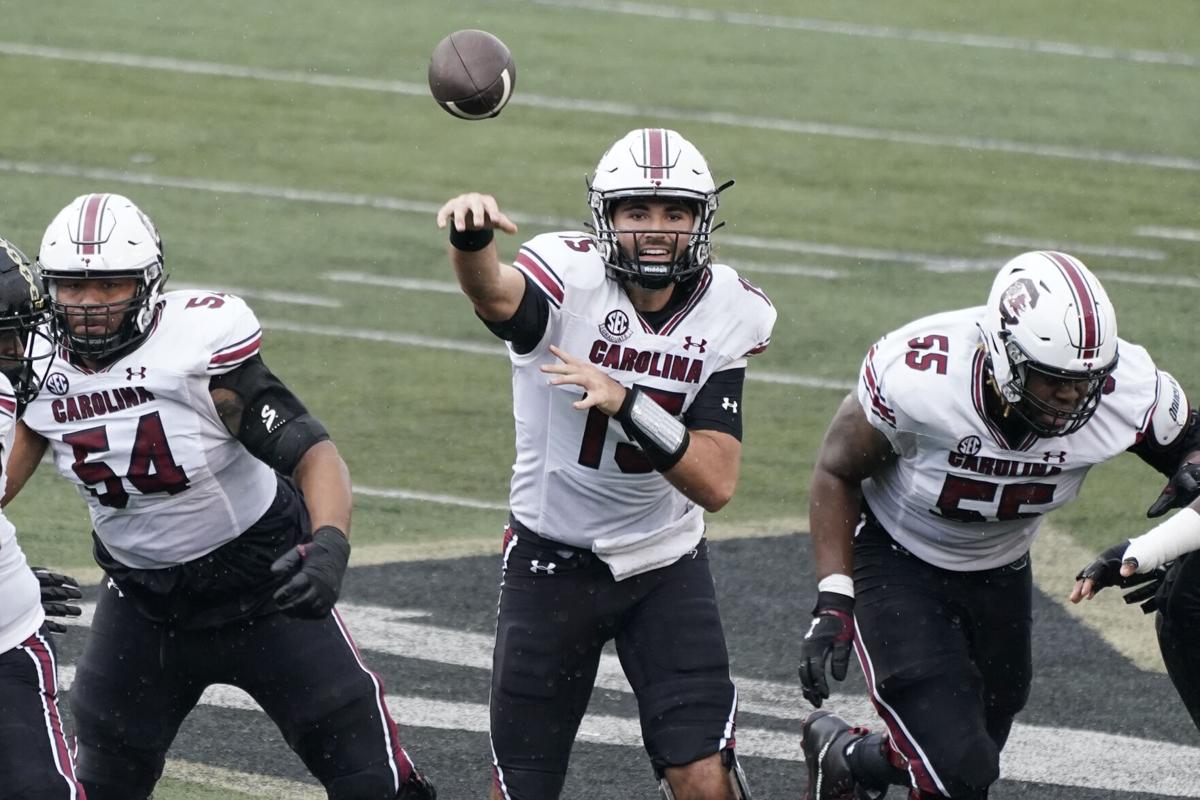 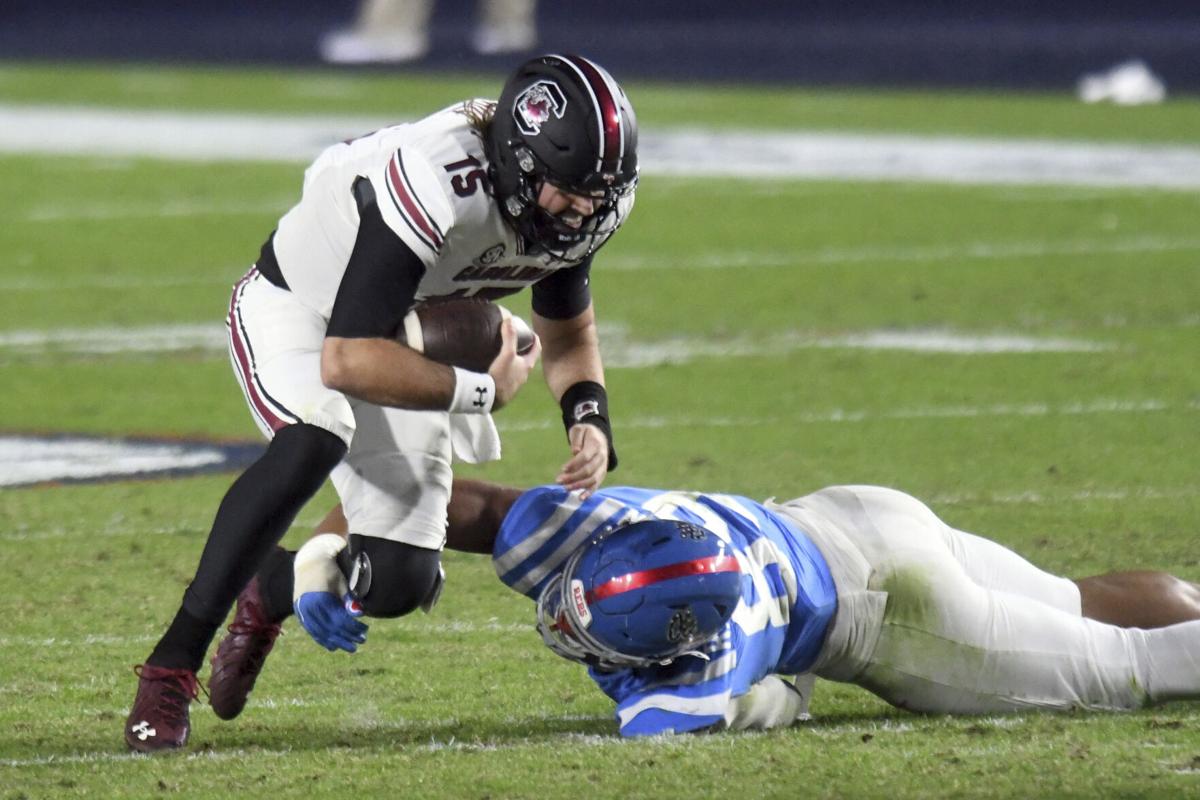 COLUMBIA — Mike Bobo’s had a lot on his plate this week, taking over as head coach midseason and having to coordinate every facet of South Carolina’s football team. Injuries, opt-outs, COVID tests, media appearances, all are on him now.

There will be changes Saturday against Missouri. New play-calls, new schemes, new personnel.

There won’t be a new quarterback. And Bobo would appreciate it if all would quit asking.

“And I’m going to say this. The best guy at every position is going to play in the game. Period,” Bobo bristled during Tuesday’s press conference. “That gives us the best chance to win. I’ve been coaching quarterbacks for a long time and I’m not an expert or a guru, but I know what it takes to win at that position and get things done.”

He understands the avalanche of criticism directed at QB Collin Hill. While he wasn’t expected to be Aaron Rodgers, he was supposed to be better than Aaron Sorkin.

Results have been mixed. Hill’s performances have been directly linked to the rest of Bobo’s offense. When the Gamecocks are able to run the ball (USC rushed for 318 in last week’s loss at Ole Miss), Hill has been pretty good (17 of 28 passing for 230 yards, a touchdown and an interception).

Will Muschamp leaves Gamecocks as a coach who did so much right, except win

When they aren’t, Hill has to try and find receivers other than Shi Smith, a problem that started before Hill ever arrived. That leads to sacks, turnovers and dreadful games (12 of 22 for 234, a touchdown, an interception and five sacks against Texas A&M).

With those kinds of numbers, it’s hardly a surprise USC fans have clamored for a quarterback change. They reason that there simply can’t be anybody worse than Hill, and how does USC know someone can’t be better if no one else is given a chance?

Will Muschamp, in what turned out to be his last week on the job, even opened the QB competition in practice, seeking a spark for the offense. That seemed to signal a change, at least to start the game, but when the Gamecocks trotted onto the field in Oxford, Miss., Hill was right back under center.

He threw his pick on USC’s second drive, but in the fourth quarter the Gamecocks led 42-38. That was when USC’s defense had perhaps the most egregious bust in program history. Elijah Moore was left so uncovered on his 91-yard touchdown catch that he could have crawled from the 50-yard line and still reached the end zone before a defender caught up to him.

The Gamecocks tried to run the ball on their next series, but after Kevin Harris was stood up, fumbled and recovered, Hill faced third-and-9.

With Ole Miss expecting a screen pass, the route was blown up and Hill was sacked.

Gamecocks down 5 starters as players opt out following Muschamp firing

Hill, as he always does, took the blame for the loss although he had nothing to do with the 708 yards the Gamecocks' defense allowed.

“I thought we executed what we wanted to do,” Hill said. “You look at two or three drives that were the difference in the game.”

For Saturday's game against Missouri, there won’t be a QB change. There was no reopening of the competition this week, either.

Need overcomes want, no matter how many fans complain.