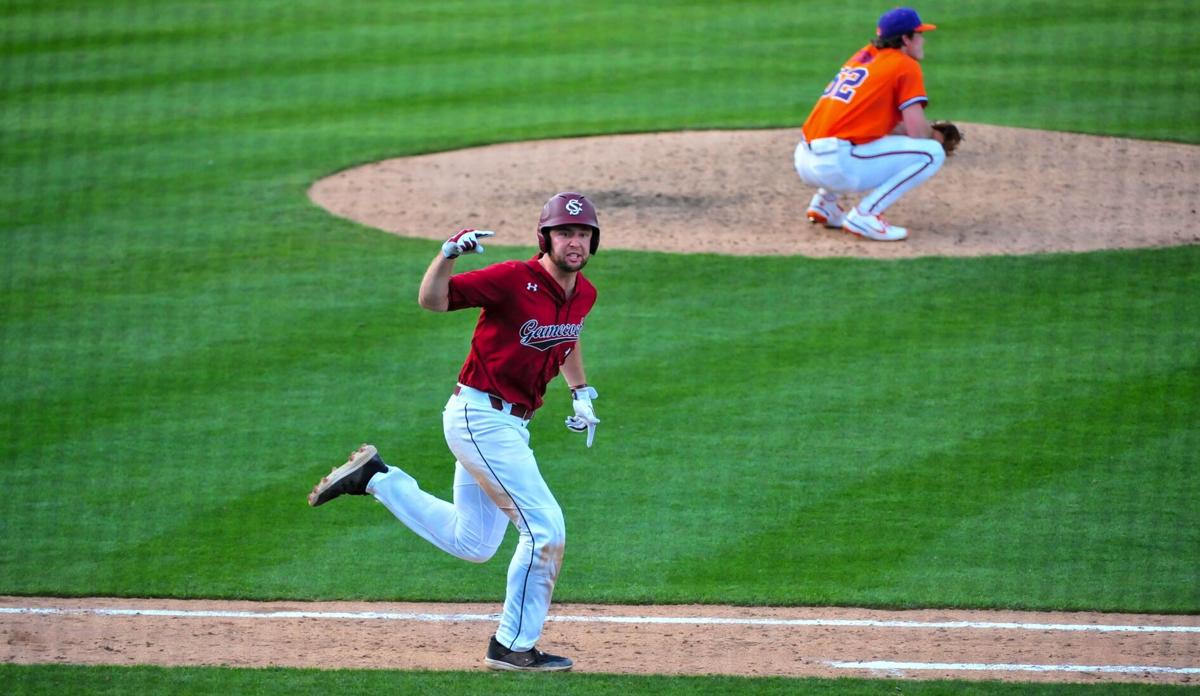 Andrew Eyster beat Clemson with a walk-off single for the second time in less than 24 hours, clinching the rivalry series for South Carolina on Feb. 28. The teams play the third game of the series at Clemson on May 11. Ryan Bethea/Provided 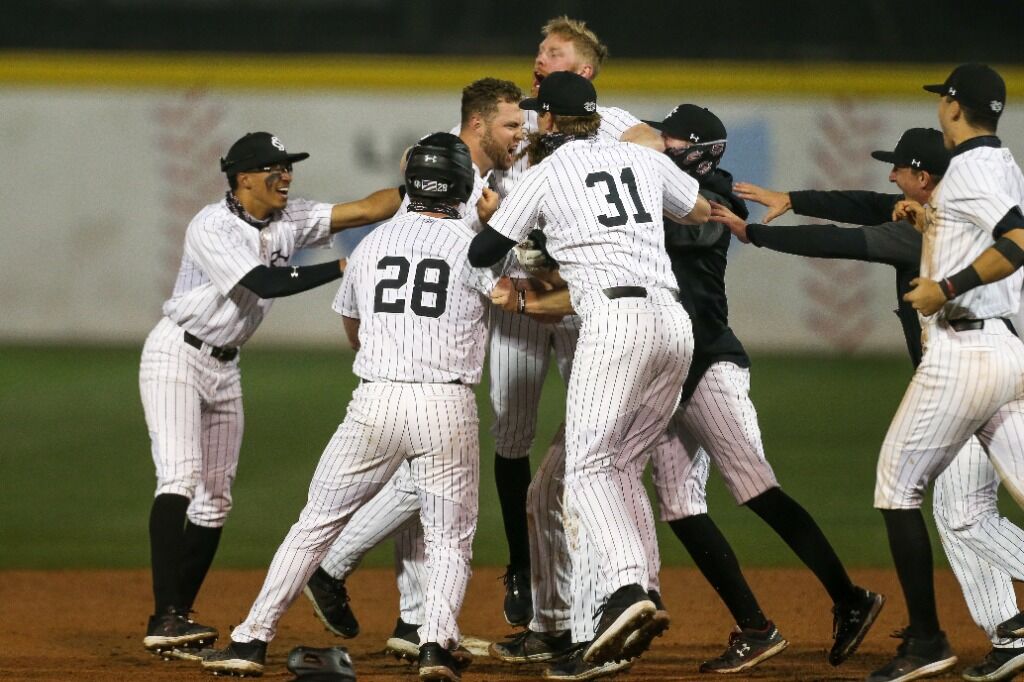 South Carolina's Andrew Eyster (center) got the game-winning hit to beat Clemson in each of the previous two games of this year's rivalry series. Chris Gillespie/Gamecock Central/Provided

Andrew Eyster beat Clemson with a walk-off single for the second time in less than 24 hours, clinching the rivalry series for South Carolina on Feb. 28. The teams play the third game of the series at Clemson on May 11. Ryan Bethea/Provided

South Carolina's Andrew Eyster (center) got the game-winning hit to beat Clemson in each of the previous two games of this year's rivalry series. Chris Gillespie/Gamecock Central/Provided

COLUMBIA — South Carolina needs to win its SEC games. Of course the No. 24 USC baseball team wants to win every game, but if the Gamecocks had to rank them right now, the six SEC games remaining against Kentucky and No. 5 Tennessee are much more important than some midweek game against a team ranked 51st in RPI.

Except that it’s Clemson.

“Every game we play matters, but we also know that it’s Clemson-South Carolina. Even if we’re playing checkers, people are going to be interested in it and we’re going to want to win, just like they are,” USC coach Mark Kingston said. “We’ll give it its just due.”

The Gamecocks head to Doug Kingsmore Stadium on May 11 for the final game of the annual three-game rivalry series, a makeup after the scheduled first game was rained out Feb. 26. It was stuck here when both teams could fit it in.

It’s a strange situation, as the Gamecocks have already won the series by sweeping the two games on Feb. 27-28. Andrew Eyster etched himself into rivalry lore by belting the walk-off hit in each game, while freshman pitcher Will Sanders, then a reliever and now a weekend starter, earned each win. They were two one-run games with more tension than a Ravenel Bridge wire enveloping each pitch.

The Gamecocks (28-17, 12-12 SEC) used that series win and a 10-5 SEC start to be seemingly assured of a postseason berth at the season’s midpoint, but have since lost seven of nine SEC games. They need to win at least two of their final six SEC games to feel good about getting to an NCAA Regional, and the weekends will draw their heaviest concentration.

A win or loss at Clemson won’t drastically hurt or help the RPI (USC is 12th). The series win is already in hand.

The Gamecocks already know, after having to extend their bullpen in an 11-inning win over Mississippi State on May 9, that they’re going to have to depend on the back end of their bullpen to pitch to the Tigers. Freshman Jack Mahoney, who had taken over the midweek starter’s role, is lost for the season because he needs Tommy John surgery, and another pitcher who has been at his finest against Clemson, reliever Brett Kerry, threw six innings against Mississippi State on Sunday.

But they do have momentum from that MSU game, a walk-off victory after the Bulldogs pasted them in the first two games, and they want to keep that going. And it’s Clemson.

“Having won two out of the two games we played already, it’s a good feeling to have won the series already. If we can go in and win that third game, I think that might be a huge momentum boost for us also,” Eyster said. “To win was great, to sweep would be even better.”

No. 24 Gamecocks vs. Tigers