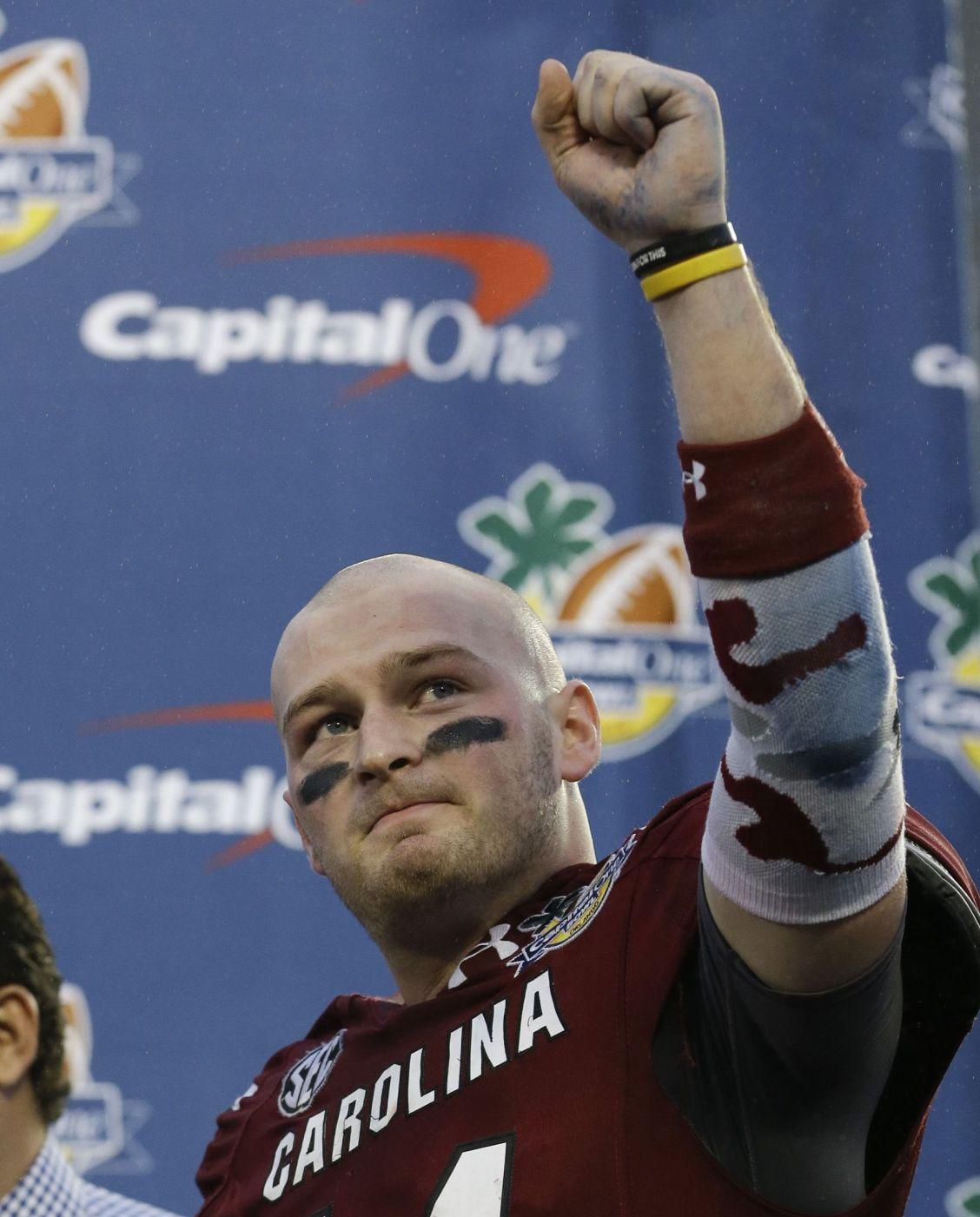 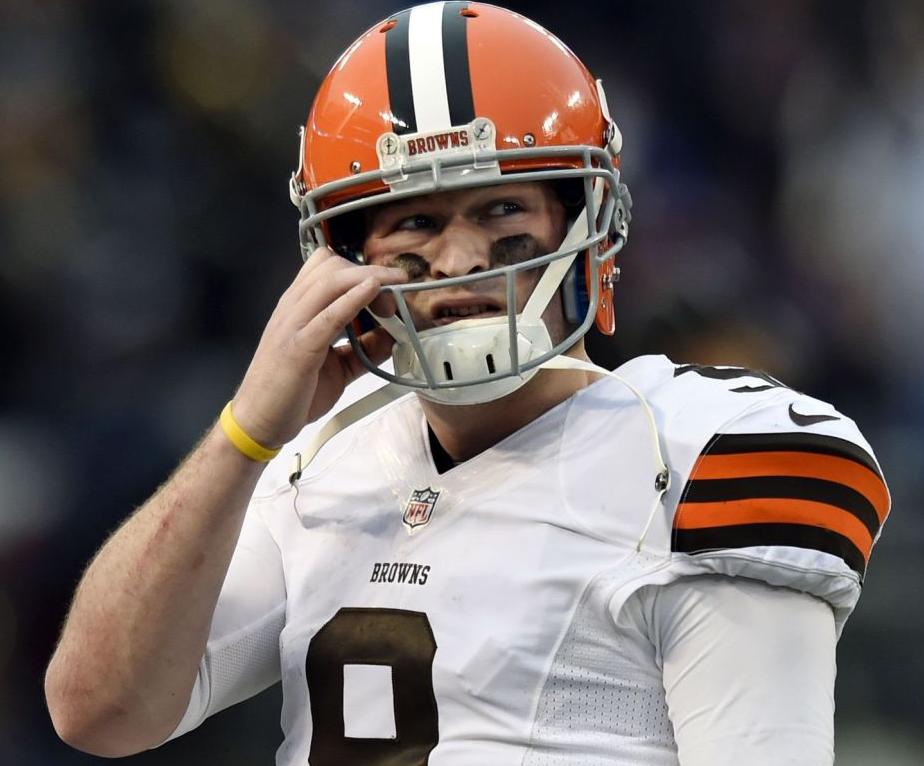 Connor Shaw, who played for the Cleveland Browns and Chicago Bears, saw his NFL career end early because of injuries. File/AP 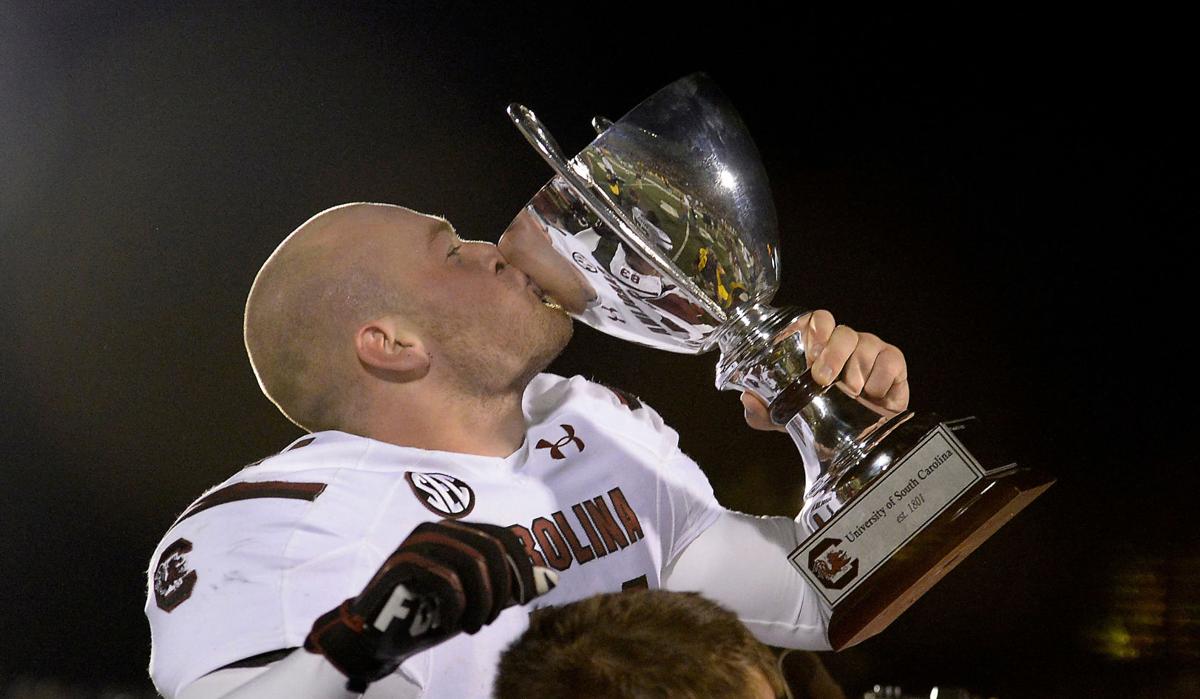 South Carolina quarterback Connor Shaw kisses the Mayor's Cup after the Gamecocks' overtime victory over No. 5 Missouri in 2013. Shaw is the new director of player development for Gamecock football, replacing another USC legend, former running back Marcus Lattimore. File/Allen Sharpe

South Carolina quarterback Connor Shaw kisses the Mayor's Cup after the Gamecocks' overtime victory over No. 5 Missouri in 2013. Shaw is the new director of player development for Gamecock football, replacing another USC legend, former running back Marcus Lattimore. File/Allen Sharpe

COLUMBIA — He never feared opponents because he always figured out a way to beat them. Connor Shaw won a school-record 27 games from 2010-13 as South Carolina’s quarterback, and never lost at Williams-Brice Stadium.

This last one, though …

“I got my tail whipped by Izzy,” Shaw said Tuesday. “He skunked me pretty good. It was something like 21-0 at the end of the first quarter.”

As USC’s new Director of Football Student-Athlete Development, Shaw has been in charge of keeping in touch with all of the players during the coronavirus pandemic. He talks with them, coordinates their position group meetings and finds ways to keep them engaged during an unprecedented time.

A popular way was organizing an online Madden football video-game tournament, but when one player had something come up and couldn’t make his scheduled game, Shaw filled in. Junior cornerback Israel Mukuamu was his opponent.

Recognizing that it’s probably not coincidental that both of the Gamecocks’ starting corners, each already receiving 2021 NFL Draft buzz, are also the best of the Madden tournament, Shaw reflected on a nutty four months. These are the relationships he’s trying to cultivate with every member of the team, which is exceedingly hard to do when the players are spread across the Southeast.

“My role in particular is one based on getting face time and building trust, allowing them to get to know me. I was here for a month and a half before corona hit,” Shaw said. “They have daily position meetings, and I meet with each group on Friday just to get (video) face time. There’s no way to simulate that chemistry of being in a locker room, especially over a summer, but we’re doing our best to keep the unit together.”

Rallying a team around him is something Shaw did so well during his playing career, leading the Gamecocks to heights they had never reached. There was something about the flint-eyed, buzz-cut Georgian that commanded respect from his teammates, so when his predecessor in the position, fellow USC great Marcus Lattimore, resigned to pursue studies in psychology, head coach Will Muschamp didn’t hesitate.

'Gamecocks have been good to us': 49ers continue to tap South Carolina player pipeline

“I personally feel like he'll be a tremendous asset for those guys at that position,” Muschamp said when Shaw was hired. “Because it's easier to talk through things if you've been there and done that, and he certainly has at a high level.”

Perhaps it’s been a little too much time for the current Gamecocks to really know of Shaw’s greatness on the field, although his name is on a stadium ramp as a record-holder and his image is splashed around the building. But perhaps during this time, they’ve found a few idle moments to find his YouTube clips, or look up his brief NFL career.

An undrafted free agent who signed with Cleveland and made the practice squad in 2014, Shaw started the Browns’ regular-season finale that season. In 2015, a broken thumb nixed him for the year, and Cleveland cut him the next.

The Chicago Bears were waiting, but Shaw broke his leg in the 2016 preseason. Those professional experiences and how his mental toughness had to further develop are key in how he relates to today’s players.

“I was one of those guys that wouldn’t once raise my hand and talk about what was going on, until I got hurt in Chicago,” Shaw said. “I spoke with a sports psychologist, Gloria Balague, who will actually speak to our team in two weeks about proper coping.

“That’s the idea that started the weekly Zoom meetings, just to hear from me directly and give a chance for the guys to ask questions. Life goes on, academically, with finals and internships, and athletically. Athletically, the uncertainty is kind of nipping away at everybody.”

Shaw got the job in January and was trying to relocate his family (he and wife Molly have two children) from Greenville to Columbia. In the middle of it, COVID-19 hit and he suddenly had to do his job without face-to-face interaction with the players.

Without his office in the operations building where guys could stop by for a chat anytime, and without the built-in knowledge of players knowing who he was, Shaw went back to his playing style. He scrambled.

“I was working for Colonial Life in healthcare insurance for two years, and I did a lot of business with people around the state who are supporters of South Carolina football,” Shaw said. “I had to think of something that all these guys can do, and playing a team-wide Madden tournament was one of those ideas.”

The plan took off (there’s a tournament for each game system) and contact by computer has allowed him to implement his other initiatives. He’ll have speakers talk to the team, lead the freshman acclimation program and set up community service projects, with an overriding message: You’re more than a football player.

“I think everybody’s plan A is to play pro football, and I wouldn’t want to change that. I just want to get them to a point, to do things beyond football,” Shaw said. “If injuries cut football short, like it did with me, like it did with Marcus, I don’t want it to distract them from their primary goals. They can do other things.

“Above everything we talk about, my job more than everything else is to just counsel guys. They can come in and talk about everything but football.”

And if he needs counseling after some kid nearly a decade younger hands him his behind in a video-game competition, well, it’s not the first time Shaw played hurt.