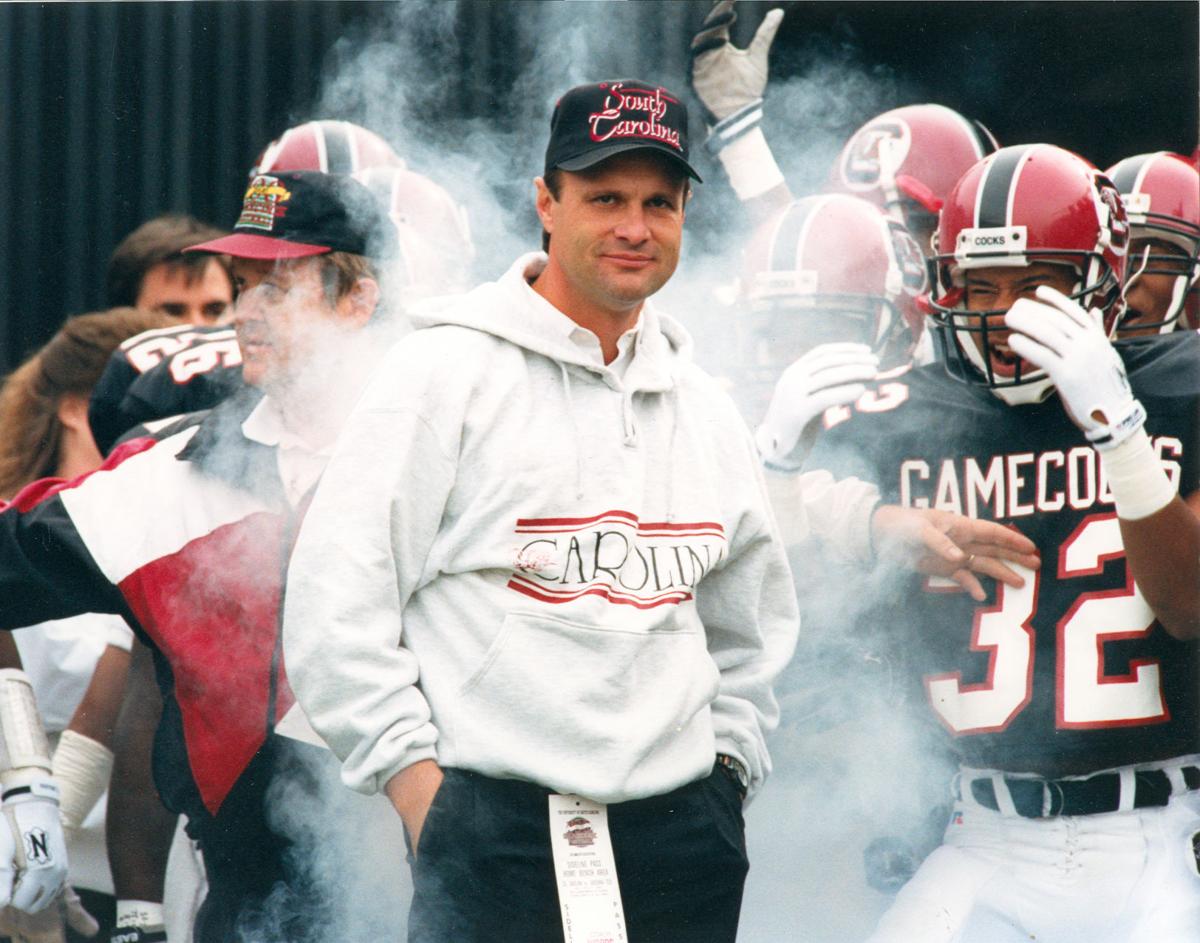 Former South Carolina head coach Sparky Woods waits to lead his Gamecocks out of the tunnel at Williams-Brice Stadium for a game during the 1992 season. Provided/S.C. Athletics Communications & PR 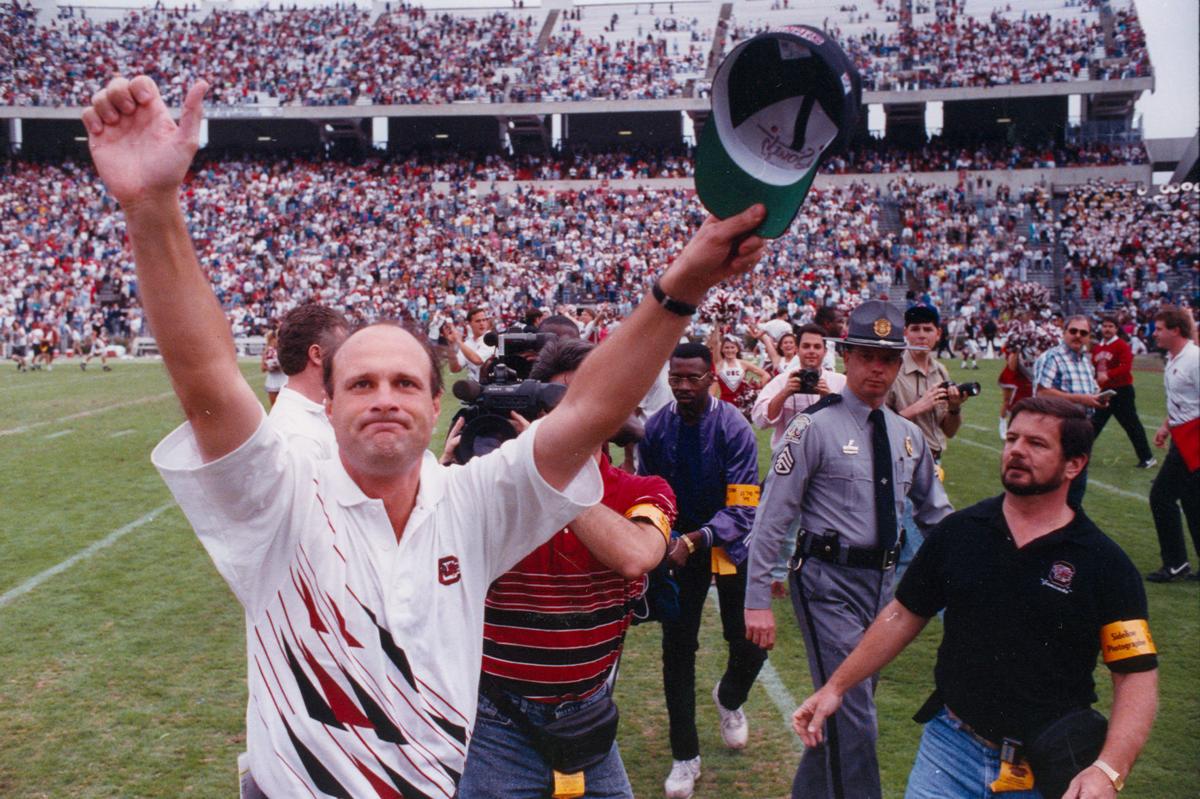 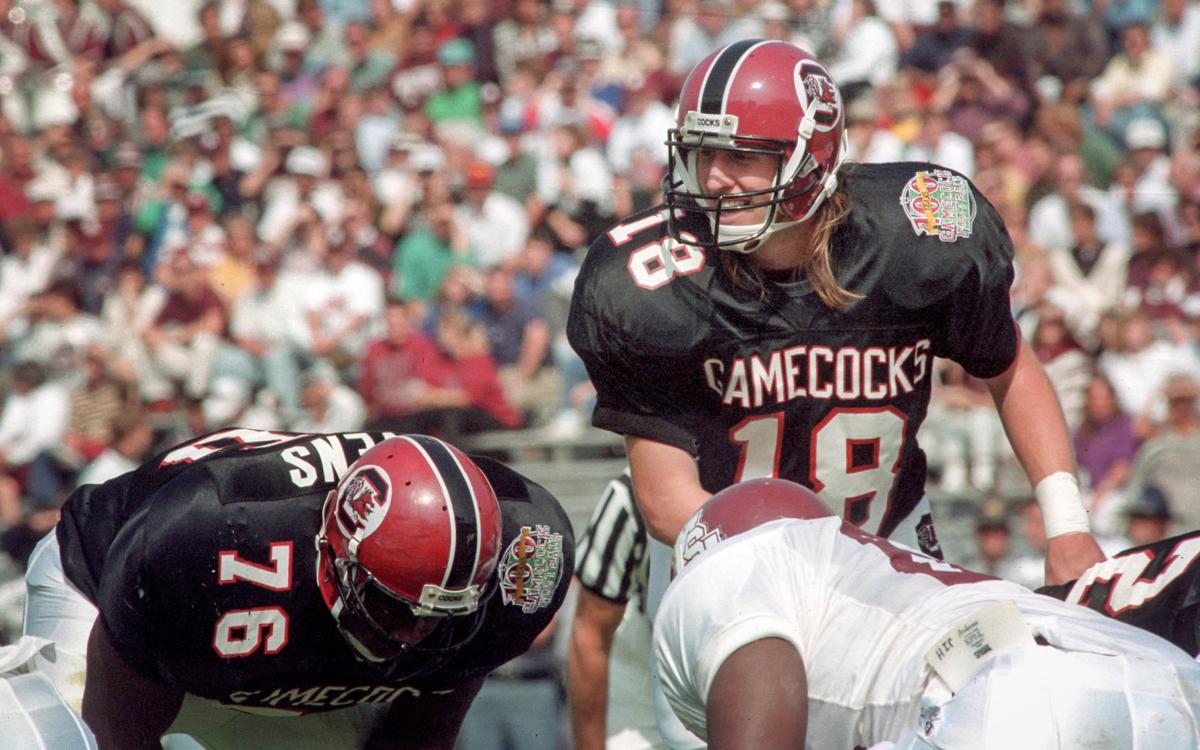 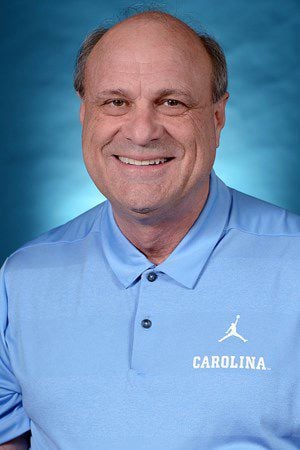 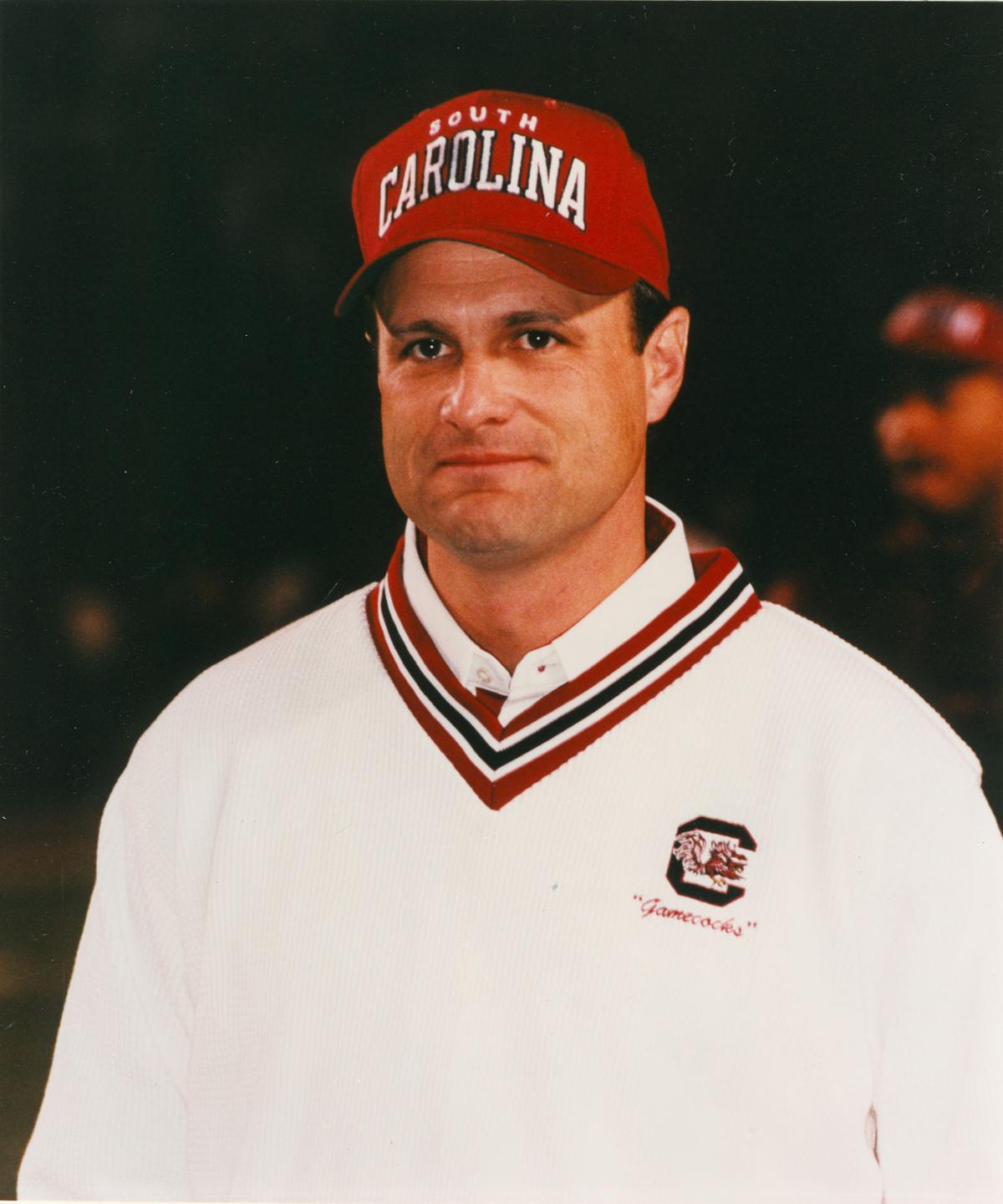 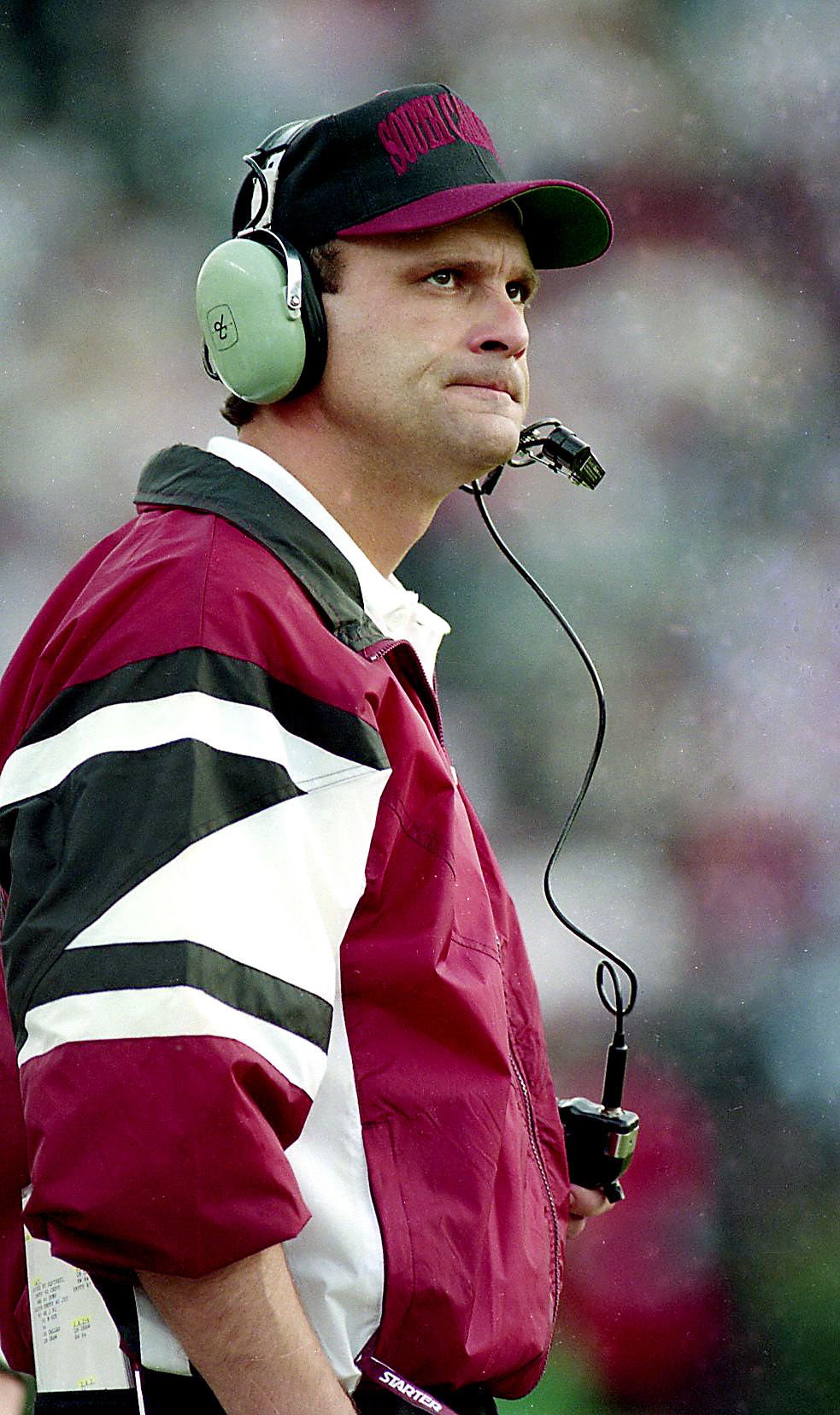 Former University of South Carolina coach  Sparky Woods on the sidelines as USC plays the Florida Gators on November 13, 1993. File/Staff 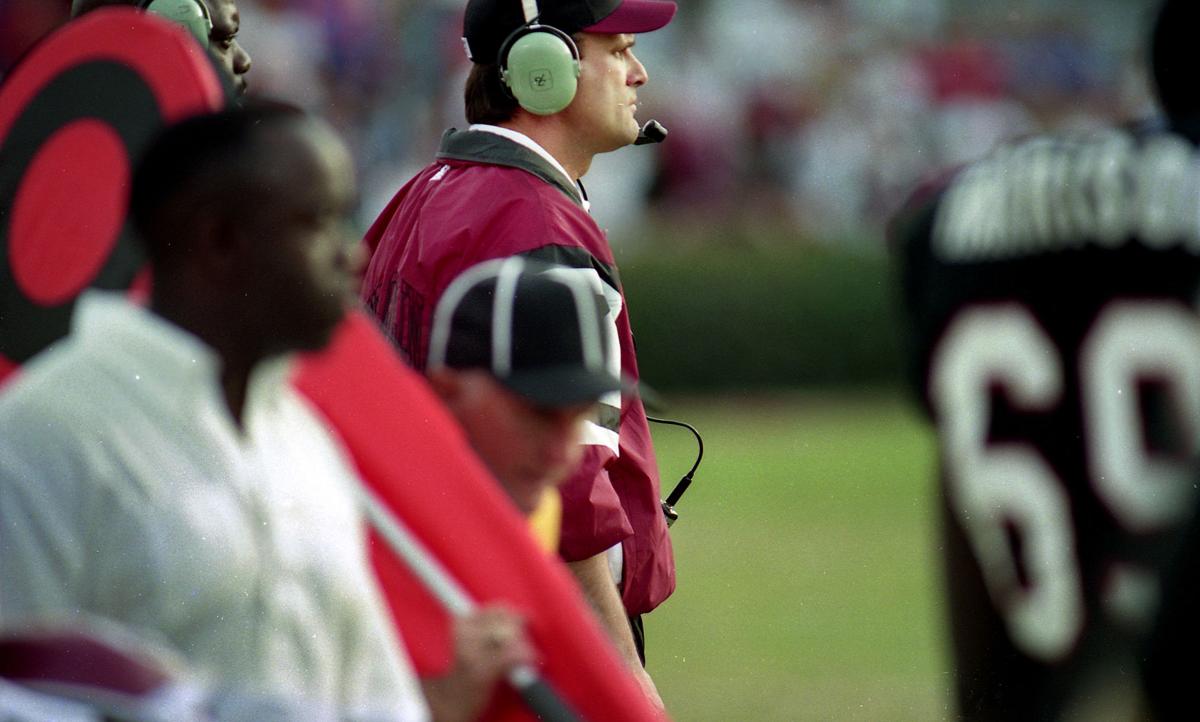 Former University of South Carolina Sparky Woods on the sidelines as USC plays the Florida Gators on November 13, 1993. File/Staff

Former South Carolina head coach Sparky Woods waits to lead his Gamecocks out of the tunnel at Williams-Brice Stadium for a game during the 1992 season. Provided/S.C. Athletics Communications & PR

Former University of South Carolina coach  Sparky Woods on the sidelines as USC plays the Florida Gators on November 13, 1993. File/Staff

Former University of South Carolina Sparky Woods on the sidelines as USC plays the Florida Gators on November 13, 1993. File/Staff

COLUMBIA — There are no hard feelings.

“I think that overall, in general, South Carolina was a real maturing experience for me,” Woods said. “It came at a difficult time following the steroid controversy, not being in a conference, the graduation rate, indefinite probation … I thought we got a lot done in those areas. We would have liked to win more football games.

“I’m not sure it was the best time to take that job, but it was certainly the best opportunity for me.”

Woods is a senior advisor to the head coach at North Carolina, helping Mack Brown as he begins his second stint at UNC. It didn’t take long for Woods to realize his first game as a Tar Heel would be against the Gamecocks.

He won’t be on the sideline, as he’s not a coach. He will be at Charlotte’s Bank of America Stadium on Saturday in baby-blue attire, with no extra desire to win just because the opponent once hired him to lead it out of dark times only to be fired five years later.

It’s coaching and the saying goes that you get hired to get fired. There’s another saying that fits Woods.

A 24-28-3 record over five years was the ultimate reason the late Mike McGee, then USC's athletic director, summoned Woods to his office following the 1993 season. The only thing that matters is wins and Woods’ teams didn’t get enough of them.

Yet Woods never had much of a chance to succeed. He was hired 16 days after the death of coach Joe Morrison, whose success on the field was nearly trumped by the controversies off it.

It was February 1989 and USC was reeling. A 6-0 start to the 1988 season unraveled in the wake of former player Tommy Chaikin’s tell-all piece to Sports Illustrated, titled “The Nightmare of Steroids.”

Gamecocks' linebackers want to make sure their numbers reflect their production

Morrison died of a heart attack three days before the recruiting cycle began. Woods, plucked from Appalachian State where he was a three-time conference coach of the year, was hamstrung by not being able to get several blue-chip prospects who were interested in USC under Morrison.

“I didn’t know how bad it was until I got down there, really,” said quarterback Bobby Fuller, who followed Woods from ASU. “It was a mess, man.”

Woods began with two winning seasons but bowl games were declined, university officials wanting to improve the program’s outlaw image by stressing academics over postseason play. The drop in recruiting was evident as USC began SEC play in 1992.

“Getting into the SEC was a testament to where we were going. I felt like South Carolina maybe should have gone to the ACC, and Florida State to the SEC,” Woods said. “But coach (Bobby) Bowden had a different opinion and a whole lot more clout. Can’t say I was the luckiest guy in the world when it came to those things.”

Woods’ five years had high points. He handed Steve Spurrier one of only two season-opening losses he had in 26 years as a college head coach (Duke, 1989). Woods' final season featured one of USC’s most memorable wins, when Brandon Bennett hurdled a pile of Georgia Bulldogs for the winning touchdown.

It had low points. A promising 5-1-1 start in 1989 skidded into the wall when star quarterback Todd Ellis was injured. The Gamecocks lost four straight to end the 1991 season and lost the last three games of the 1993 season.

And it had one of the lowest and highest moments in program history. Angry and frustrated after an 0-5 start in 1992, his players voted for Woods to resign. He responded by saying he would see them at practice.

Every player showed up, the Gamecocks turned to a cocky freshman quarterback and the legend of Steve Taneyhill was born. The resurgent team ran off five wins in six games and gave the USC-Clemson rivalry its most powerful image — the defiant Taneyhill, arms raised to the heavens, staring down the Death Valley crowd as the rain poured and the Gamecocks claimed a 24-13 victory.

That season, where a splintered team healed to play some of the best football USC has ever seen, summed up Woods’ tenure. There were great moments but they always had rough edges.

“It was such a smooth ride after we beat Mississippi State the rest of that season,” Taneyhill recalled. “Coach Woods was excited, we were all excited. We finished so strong that all the vibes throughout the program were positive.”

An injury-marred 1993 season ended 4-7 but Woods saw a great future. Yet he wouldn’t benefit from USC’s institutional stability after three presidents and three athletic directors since 1988.

“The changeover to the new president and athletic director, I didn’t think they had been through the growing pains we did and it was hard for them to understand,” Woods said. “Their call was to make decisions. There are no hard feelings, or anything like that, but three or four years after I left, the number of pro football players we had indicated we had done a lot right.”

Woods was fired in 1993 and resumed the nomadic life of a coach, first helping Pete Carroll with the New York Jets and then assisting at Memphis, Virginia, Mississippi State and Alabama (Woods was a combined 2-4 against USC at his SEC stops).

Brad Scott led a team that Woods built to the Gamecocks’ most successful season under a first-year coach in 1994. USC won seven games and the program’s first bowl game.

Should that have been Woods? Did Sparky deserve better?

“That 1993 season was frustrating. We were either winning or tied in eight games going into the fourth quarter, and we only won four,” Taneyhill said. “I think that was a new AD wanting a new coach. But if you look, we did have three losing seasons in a row.”

“When Todd got hurt, that was going to be a good year,” Fuller said. “Win nine or 10 that first year, that changes everything. He kind of lost the team, obviously, so they had to get rid of him. In that sense, it was fair. But the situation was so bad.”

It was a long time ago. Woods is noncommittal.

“I thought coach Scott did a nice job,” he said. “There was more enthusiasm and something new. I think sometimes as coaches, we get too much credit and too much blame.”

Woods got blamed for not winning enough. But give him credit for the rescue.

WHERE: Bank of America Stadium, Charlotte