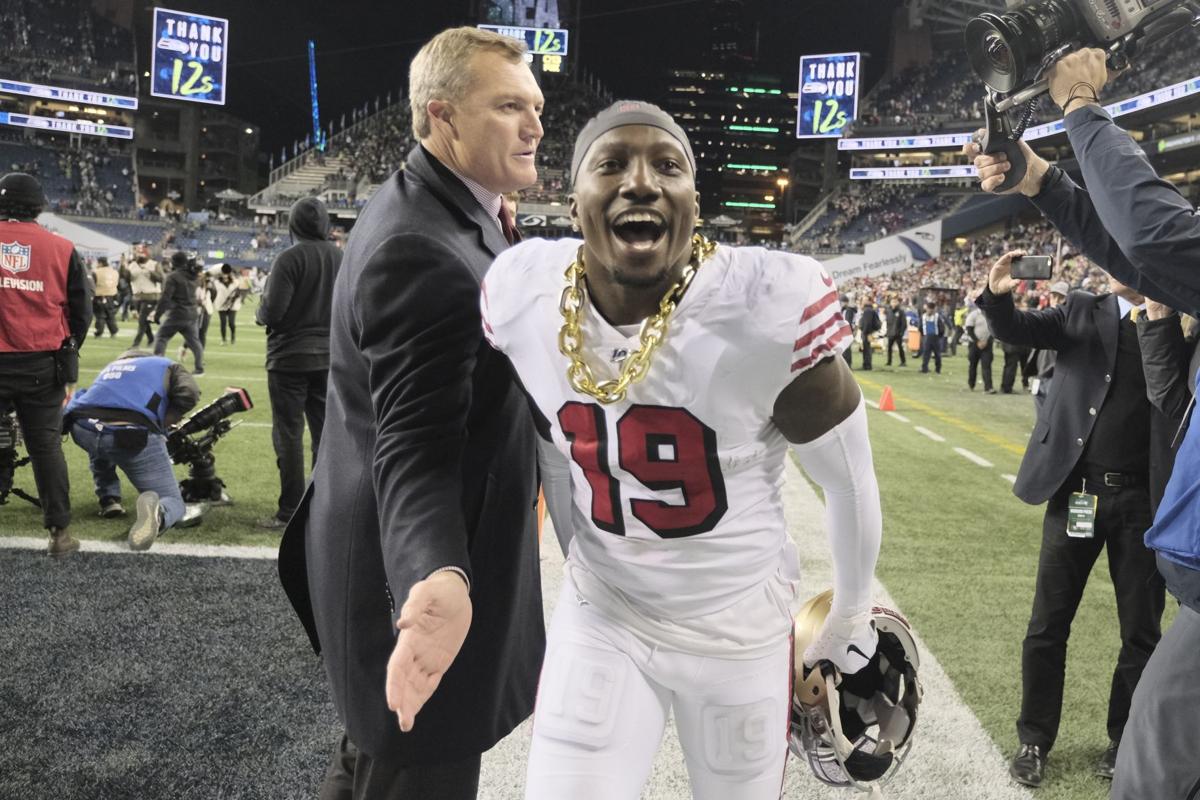 Deebo Samuel has been a large part of the 49ers' success this season after general manager John Lynch (left) drafted him in the second round. Samuel is wearing the team's chain that represents "No Weak Links." File/Stephen Brashear/AP 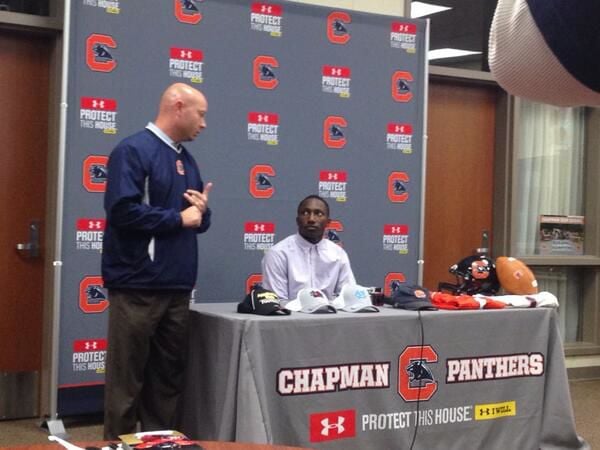 Deebo Samuel did what he's done before most games. He picked up his phone and FaceTimed his girlfriend back home.

“She calls him her boyfriend,” Mark Hodge said. “She’s my 5-year-old, Ruthie. She even dressed as him for Halloween.”

It didn’t matter that he was three time zones away or that he was preparing for the biggest game of his fledgling professional career, the NFC Championship game on Jan. 19. Traditions are traditions and the San Francisco 49ers had gotten to the brink of the Super Bowl with Samuel, a South Carolina alum and rookie wide receiver, talking to Ruthie before most every game. He couldn’t stop now.

They talked and chatted and he promised to try his hardest. Ruthie squeaked that she wanted him to win.

Then Samuel went out and caught two passes for 46 yards, ran twice for 43 more and helped the 49ers clinch just their second Super Bowl trip in the last quarter-century with a 37-20 victory over Green Bay.

“It didn’t take a minute to figure out how explosive and dangerous he could be. What I’m really looking forward to is stability,” said Hodge, Samuel’s coach at Chapman High School who was recently named head coach at Spartanburg High. “He’s had four or five different offensive coordinators the past four to five years. Every year, he was learning a new system. We’re just seeing the surface level of what he’s going to become.”

It’s been a glorious year for Samuel and the 49ers, and an immense sense of relief for the former Gamecock who was dogged by injuries throughout his college career. Even after missing 21 games in the four seasons he played (Samuel redshirted in 2014) and playing beside career receptions and yardage leader Bryan Edwards, Samuel still managed to finish eighth in catches and 10th in yardage at USC.

San Francisco saw enough in his draft workouts to select him with the sixth pick in the second round, but those questions lingered. Samuel was planning to leave USC early for the NFL after the 2017 season, but a broken leg in his third game nixed those plans, not to mention a budding Heisman Trophy candidacy after he’d scored six touchdowns in those first three games.

Could he stay healthy? Could his size (5-11, 214) absorb the punishment promised for his position, that of the speedy slot man/end-around running back?

“For him to play with a physicality he has and just to play like a man throughout the year, whether he’s been hurt or not, has been very impressive,” 49ers coach Kyle Shanahan said in December. “It’s very challenging for rookies and that’s why we’ll never stop riding him because he’s not close to arrived yet. He’s got a lot longer to go, but he’s earned a lot of respect on this team for how tough he’s been out there.”

Samuel missed one game this season with a shoulder injury but has otherwise been a mainstay. He caught 57 passes for 802 yards and three touchdowns, and scored three more times from a collective 14 carries for 159 yards.

Against Green Bay in the NFC Championship Game, Samuel was catching the ball and bulling over defenders, also sacrificing himself as a blocker to free running back Raheem Mostert for one of his four touchdowns. Quarterback Jimmy Garoppolo, battered last year without a serviceable line or dependable wideouts, quickly came to embrace what Samuel could do.

"Deebo's a fighter, man. It's week after week,” Garoppolo said after a regular-season win over the Packers. “This guy, he shows up in big moments, even dealing with what he had last week with the shoulder and all that stuff. He's unbelievable.”

It’s everything Hodge saw when he first arrived at Chapman. Samuel was a small, muscular basketball player when Hodge showed up, but his take-no-guff mentality and his intelligence, plus his unselfishness, shone.

“He was the best player on the team,” Hodge said. “He gained about 20 pounds, added an inch or two in height before he was a senior, and just became ridiculously powerful. That’s when I started seeing what people are getting to see now.”

Samuel was dominating in 7-on-7 camps before his senior year, even prompting fellow Upstate native D.J. Moore, a former Chicago Bears cornerback, to say Samuel was better than some of the NFL receivers he was covering. There was a game in which Chapman faced a fourth-and-goal from the 38 due to penalties and Hodge called a fade to the end zone.

Samuel was behind four defenders and outjumped all of them.

“We all just looked at each other and said, ‘He just caught that,’” Hodge said. “We played him at running back, receiver, quarterback … He could just do everything, and do it so well.”

That led him to USC, where he was so explosive and so automatic on any passing route but his body wasn’t holding up. Samuel was at his college peak in that electrifying start to the 2017 season before the broken leg ruined everything.

"Some of those conversations were hard," USC coach Will Muschamp told 49ers.com when Samuel was drafted. "His dreams of playing in the NFL (were put on hold) because the way he was playing that season, there’s no doubt he was coming out. Then all of a sudden those hopes and dreams are crashing down with another setback."

But Samuel returned, made it through a full season in 2018 and was rewarded in the draft. Now he’s heading to the Super Bowl.

Gamecock women remain No. 1 after big win over Mississippi State

“We talked Monday night (after the Green Bay game), it was just kind of a whirlwind with everything going on,” Hodge said. “But the best thing is we talked very little about football or the game coming up. He wanted to talk a lot about the missions he’s trying to do back home, with camps for kids and programs to help inner-city gun violence.”

Hodge didn’t ask for tickets because he’s sure Samuel’s family and friends are on the list, and after just taking the Spartanburg job, he can’t afford to leave. But he’ll be watching Sunday as Samuel and the 49ers try to win their first NFL championship in 25 years.

The call is already being set up. Kickoff is set for 6:30 p.m., and since the game is in Miami, there’s no need to worry about time zones.

Samuel will tighten his cleats, admire the polished gold on his helmet and straighten his pristine jersey, emblazoned with a scarlet 19. Then he’ll call his girlfriend.