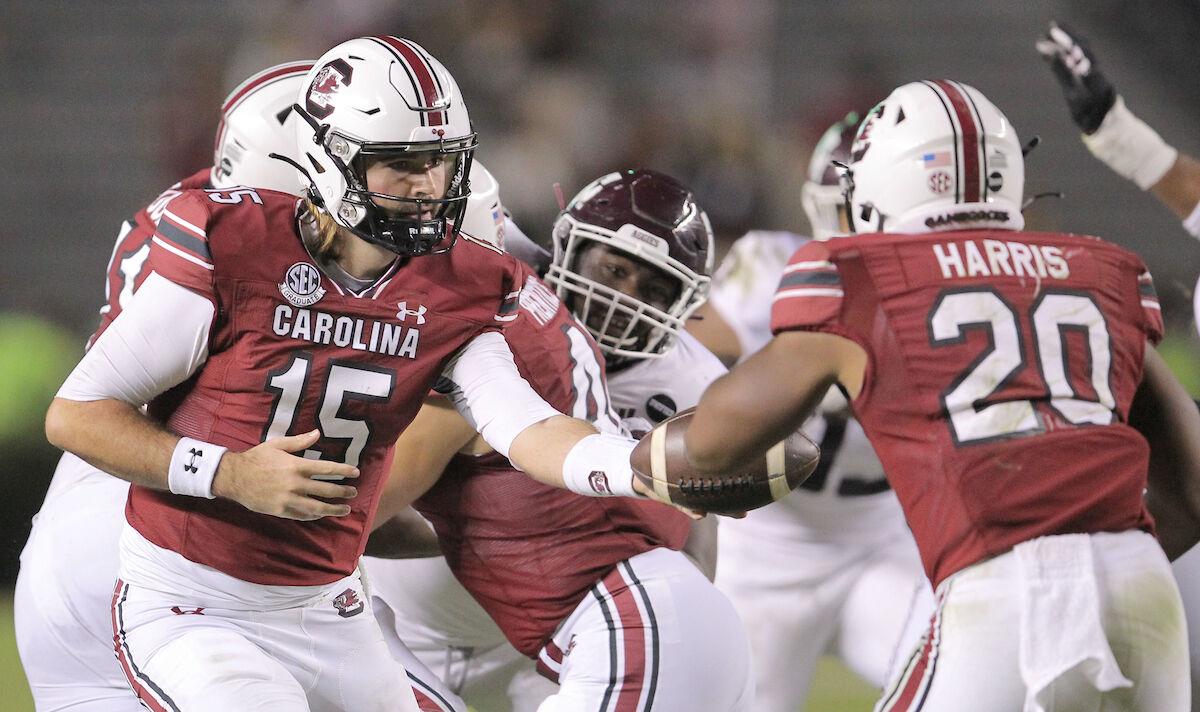 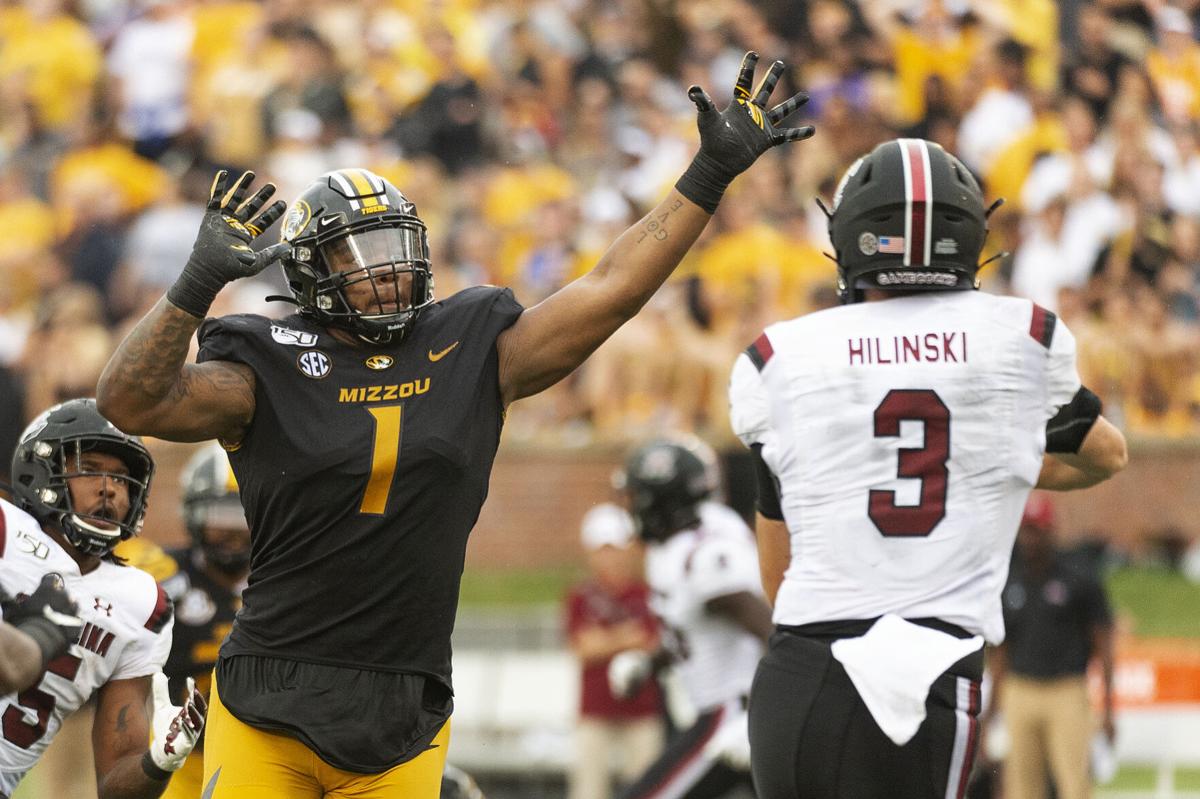 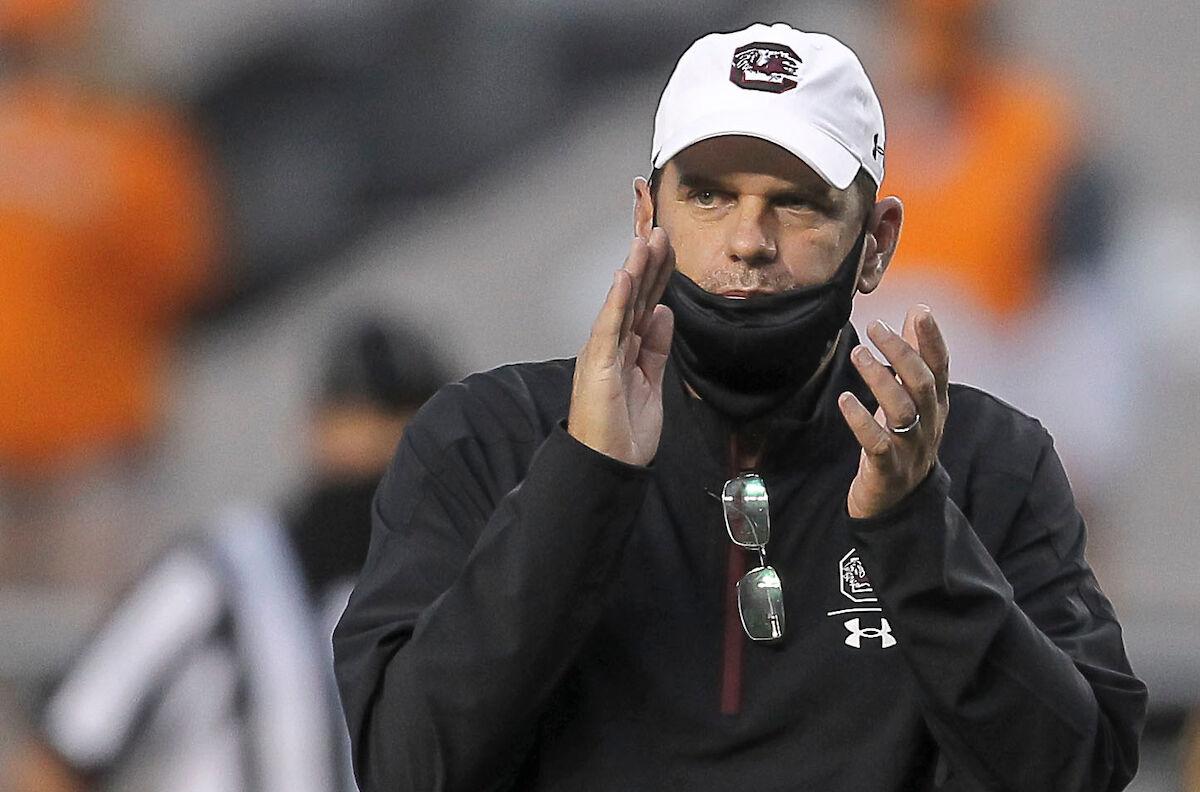 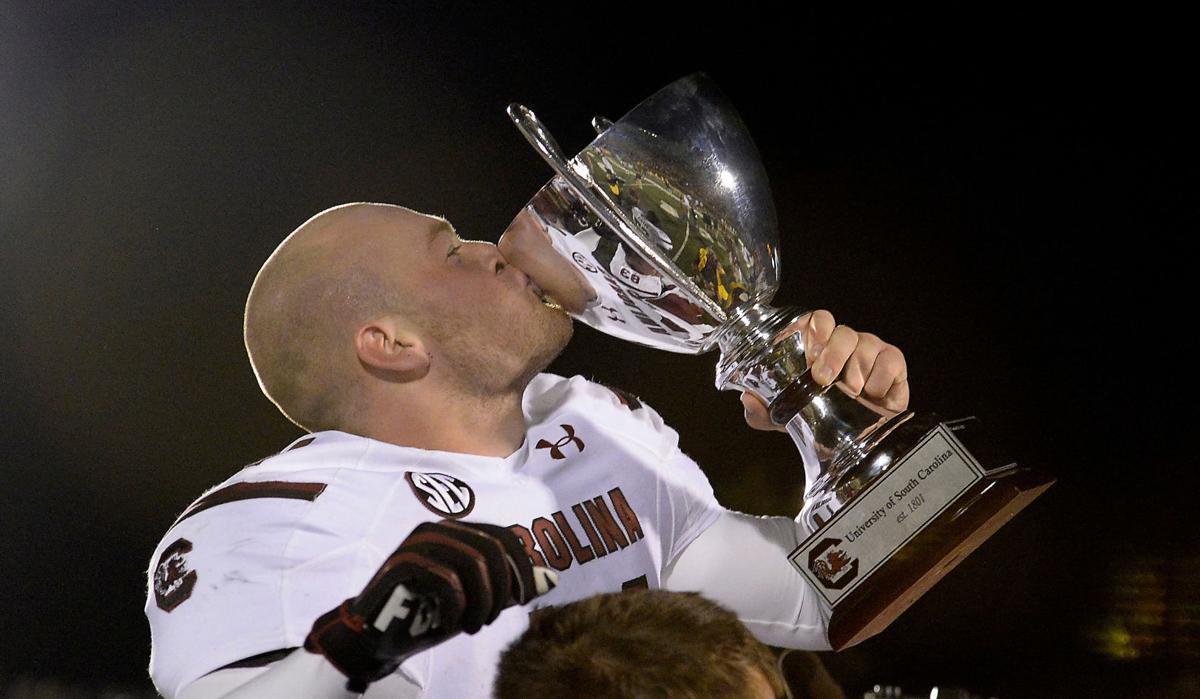 Connor Shaw won the Mayor's Cup, the trophy for the winner of the USC-Missouri game, in 2013 after completing a miraculous comeback. File/Allen Sharpe

COLUMBIA — South Carolina has a new head coach this week and could have another one after interim coach Mike Bobo finishes his three-game tenure. But Bobo’s here now, with a team beset with injuries and opt-outs, hoping to finish strong after Will Muschamp was fired Sunday.

“We lost our coach, we lost our leader, and a lot of us coaches lost a friend and a father figure to a lot of those players,” Bobo said. “It’ll be a tough time going forward, and like coach told them, life is tough, too. You’re defined by however you respond to challenges.”

The first challenge comes Saturday against Missouri at Williams-Brice Stadium (7:30 p.m.). Five things to watch as the Gamecocks (2-5) and Tigers (2-3) play:

If the Gamecocks can get their running game started (Kevin Harris has quietly become the SEC’s leading rusher), the offense can put up points. If they can’t, the offense won’t.

It’s such a heavy burden for this offense to carry, but it’s what it’s been all season. Bobo knew that Collin Hill was the perfect quarterback to direct his offense as long as the running backs could find room. But if they couldn’t, Hill doesn’t have the receivers to win a game with his arm.

Ernest and the Sieves

Linebacker Ernest Jones is second in the league in tackles. It’s a stat that is jarred off the table because of how bad USC’s defense has been.

Will Muschamp leaves Gamecocks as a coach who did so much right, except win

The Gamecocks' defense, ranked 12th in the SEC, enters the game minus seven starters from the preseason depth chart. Through injuries and opt-outs, USC has lost its two starting corners, its starting defensive end and its starting dime, SAM and WILL linebackers.

Bobo won’t make excuses and sees this as an audition of sorts for next year. Young guys will get a chance to play.

With so many key players already out, though, a curtain call is unlikely.

Of Miracles and Monsoons

USC turned a 10-0 deficit into a 14-10 lead in the span of three plays. Kenny Chesney sang on the Horseshoe and not much has gone right since. A backup quarterback directed a victory through a torrential downpour in the only start of his career. Another quarterback, body battered and barfing his breakfast, dragged himself onto the field, his team down 17-0 in the fourth, and engineered one of the nuttiest and legendary comebacks one will ever see.

All that and a lot more has been encased in only eight games since Missouri joined the SEC and began playing USC every year. The only sure bet is somebody saying, “Well, I never have seen that before” at least once on Saturday.

Speaking of that last one, the fabled Miracle at Mizzou in 2013, the beat-up sickly quarterback who led that rally will have his first game as an on-field coach on Saturday. Connor Shaw, formerly the director of player development, was elevated to assistant quarterbacks coach when Bobo took over for Muschamp.

USC has a lot more problems than Shaw can fix. He has nothing to do with the defense.

But him just being there? It wouldn’t be surprising if, like he did a school-record 27 times, Shaw found a way to make the Gamecocks win.

The atmosphere in USC’s last home game, a 48-3 fiasco against Texas A&M, was marked by boos and chants to fire Muschamp. The blessing and curse of a pandemic crowd is being able to get some folks in the seats, and being able to hear every word they say.

How's it gonna be tonight? There’s no Muschamp to bang around anymore. The defense has been so awful and is now so depleted there’s no point in jeering it. The calls for Hill to be replaced may happen the first time he takes a sack or throws a pick.

Or will it be now that the vocal fans got their wish, they’ll return to the famously forgiving USC faithful, forever loyal and hopeful despite their team winning one championship in 127 years?