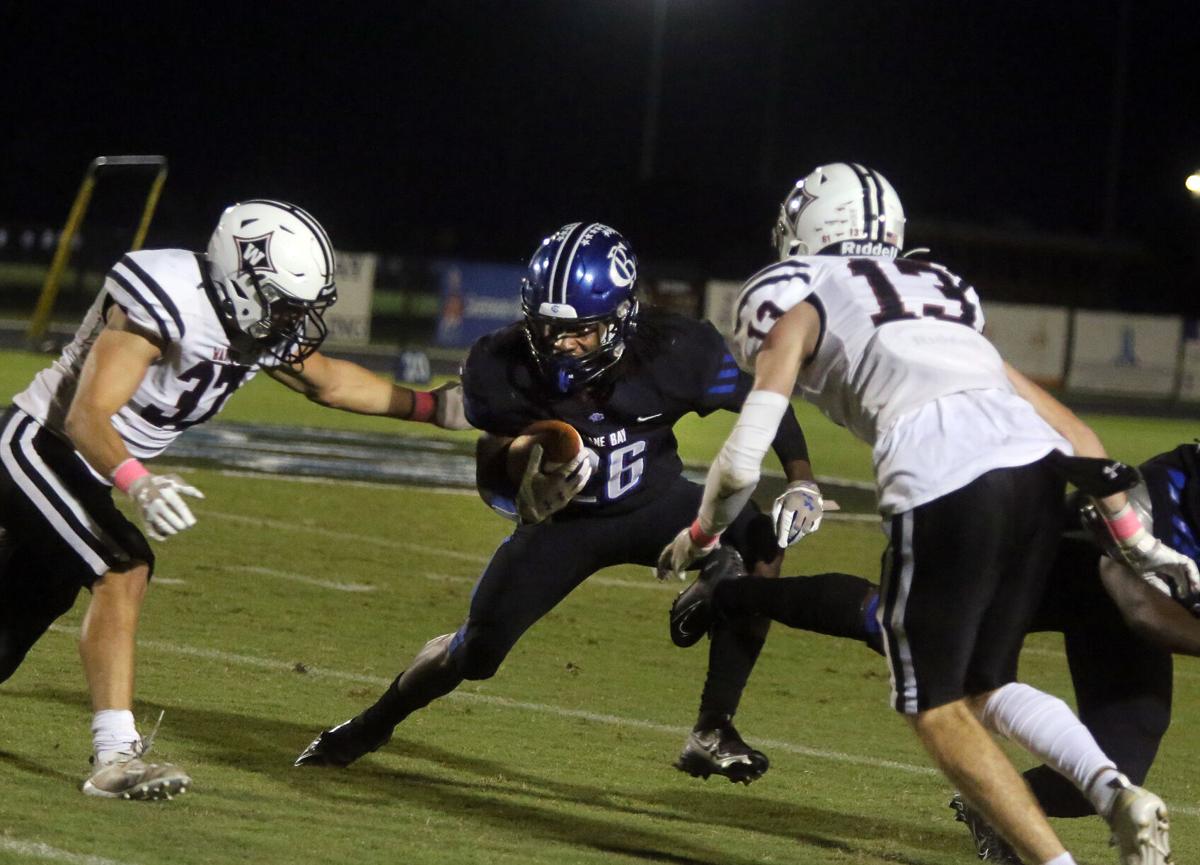 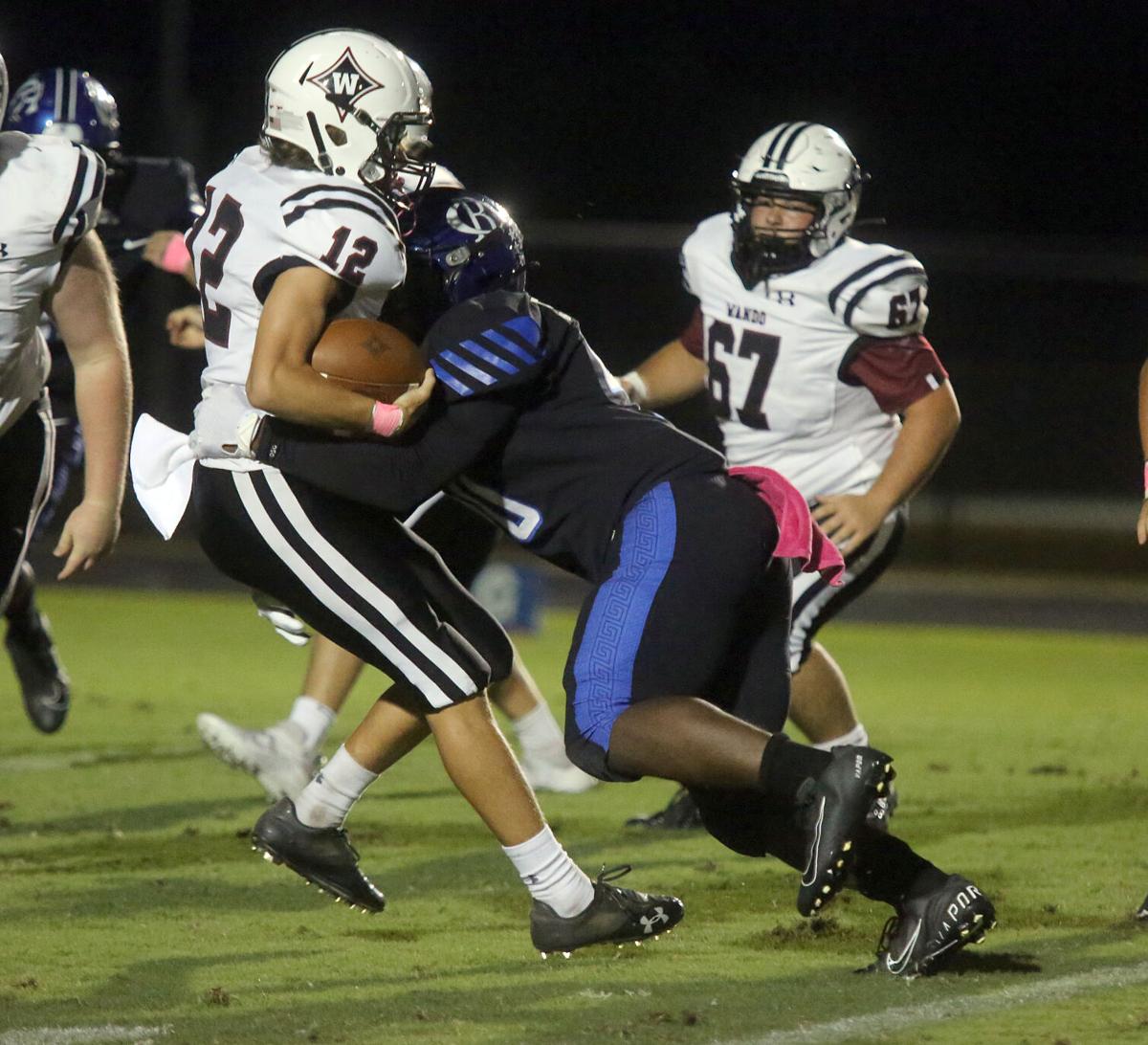 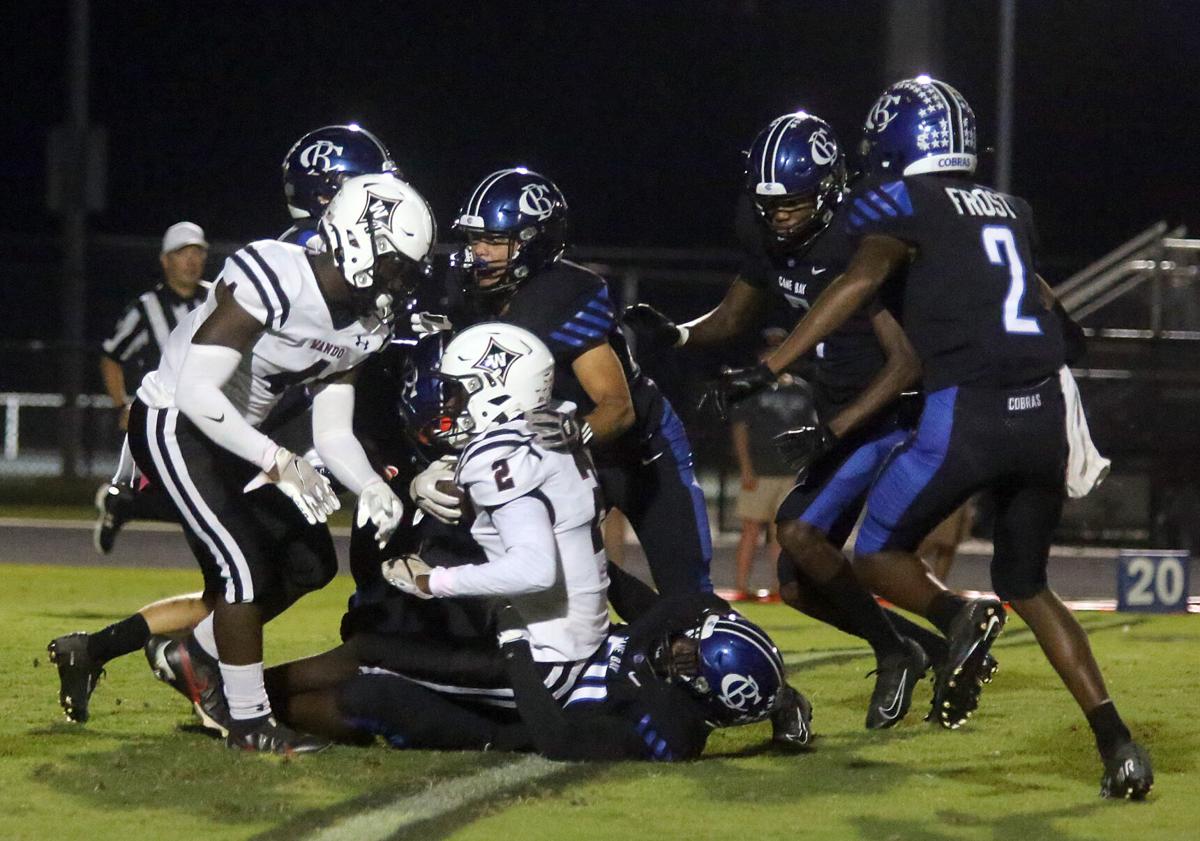 Wanda's Gabe Major (2) is taken down by a host of Cane Bay defensive players during their football game October 1. Brad Nettles/Staff 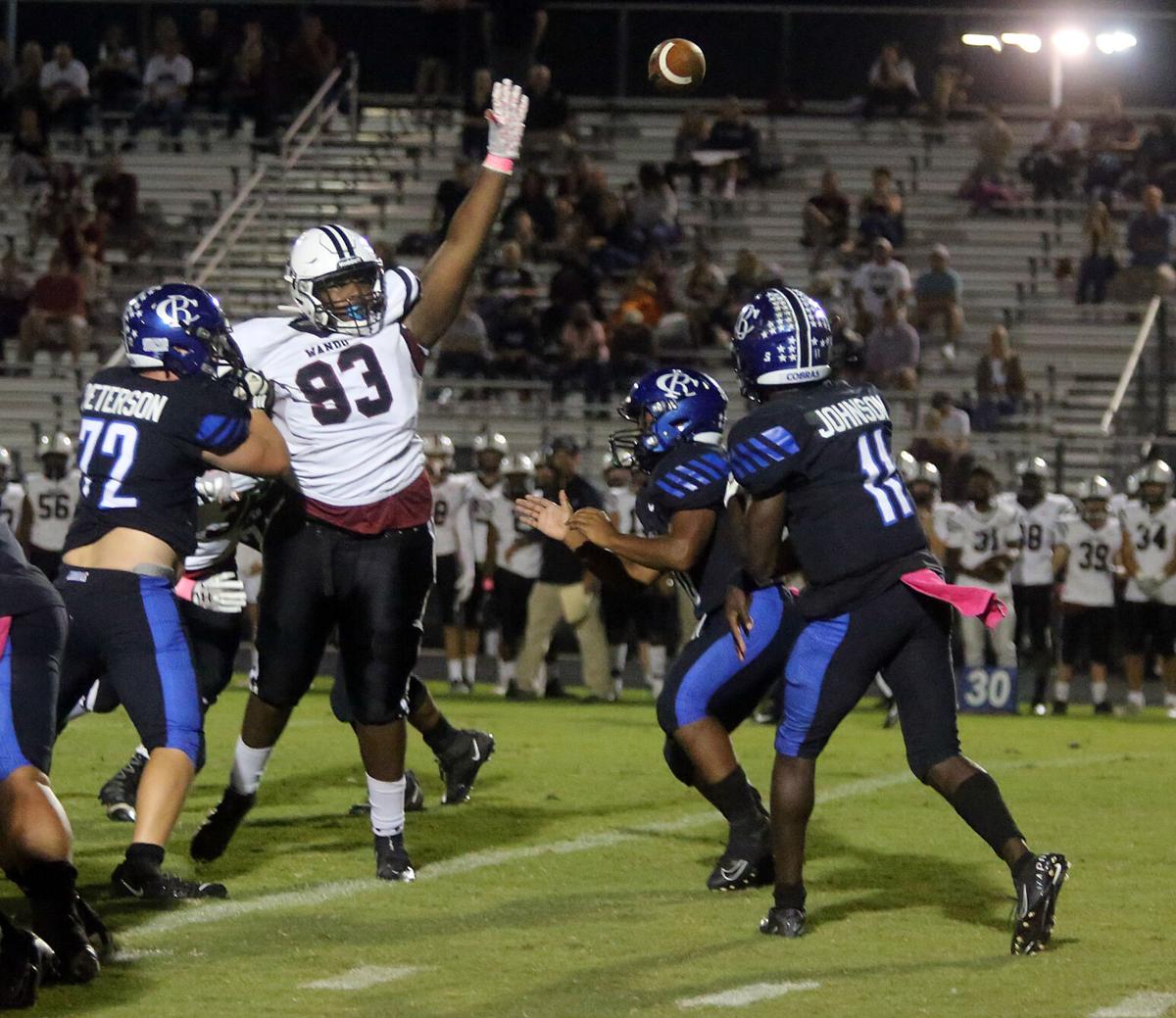 Wanda's Gabe Major (2) is taken down by a host of Cane Bay defensive players during their football game October 1. Brad Nettles/Staff

SUMMERVILLE - After a 4-1 start to the 2021 season, Cane Bay began the most important phase of the regular season on Friday night, hosting Wando in the Region 7-AAAAA opener for both teams.

The Cobras continued one of their best starts in school history, posting a 27-7 win over the visiting Warriors. Cane Bay scored the first 27 points of the game and limited Wando to less than 100 yards in offense through three quarters.

“This was about as a complete a game in all three phases that we have played this season,” Cane Bay coach Russell Zehr said. “I am really proud of our guys. We executed pretty well offensively. The defense was lights out all night, and the special teams were great. It’s important to be at your best in these region games, and I thought tonight we were as good as we have been in a while.”

Quarterback Jayvion Johnson proved to be the catalyst offensively for the Cobras, particularly in the first half. Cane Bay held a 14-0 halftime lead, scoring on drives of 90 and 95 yards.

Johnson completed both of his pass attempts in the opening half, one for 90 yards to Brody Roberts that gave the Cobras a 14-0 lead.

Late in the first quarter, and ending on the first play of the second quarter, Johnson directed an 11-play, 90-yard drive and scored on a 4-yard run. Johnson finished the half with 41 yards rushing.

Cane Bay secured the victory with its first possession of the second half. The Cobras ran the ball on six consecutive plays to reach the Wando 31-yard line. From there, Johnson connected with Jaylen Boudreaux on a touchdown pass, pushing the lead to 21-0 with 8:17 left in the third.

Johnson finished the night completing all four of his pass attempts for 154 yards.

“For years we have been trying to throw the ball because it opens up so much more, and this year I guess we’ve worked a little more and it paid off tonight,” Zehr said. “When you have teams blitzing the corners and running their safeties down to stop the run, if you can go over the top, it’s a huge advantage.”

A holding penalty negated a Boudreaux touchdown run, so the Cobras settled for a 25-yard field goal from Adam Christopher and a 24-0 lead early in the fourth quarter. Christopher added another 25-yarder late in the game.

Wando (2-2) scored on the final play of the game for the final margin.

Wando will travel to Berkeley next week, while Cane Bay will play at Stratford.