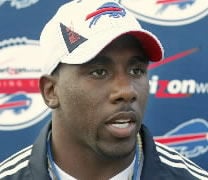 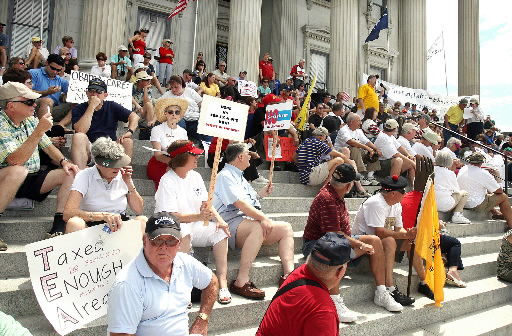 Above: Several hundred people attended a Recess Rally, held by Patriots of Charleston, Saturday at the Customs House. They were protesting HR 3200, which they feel will lead the United States further down the road toward socialism.

Above: Several hundred people attended a Recess Rally, held by Patriots of Charleston, Saturday at the Customs House. They were protesting HR 3200, which they feel will lead the United States further down the road toward socialism.

On Heisman Trophy ballots last year, the former Clemson star was labeled a running back.

Clemson coach Dabo Swinney will miss Spiller the tailback. But perhaps where the multi-faceted star will be missed the most is in the return game.

"I feel confident we are going to have a lot of guys step up, it might be combined, in the receiving game and in the rushing game," Swinney said. "But, yeah, the big plays in the return game are much more difficult to replace. But I think we have some capable guys."

Where it is seemingly more difficult -- if not impossible -- to replace Spiller's production is in the return game. The combination of Spiller's 4.3 second speed in the 40-yard dash, vision, and Mini Cooper-like change-of- direction ability created arguably one of the best returners in the history of college football.

It's not hyperbole. Spiller is the career NCAA leader in kickoff touchdown returns (7).

Spiller returned 23 kickoffs in 2009. He averaged 32.8 yards per return. Four went for touchdowns. With the extra points, the scores averaged out to two points added per game.

Clemson retuned 23 other kickoffs as a team in 2009, averaging 14.7 yards per attempt. None went for touchdowns.

Spiller was 24 points and 17.1 yards per kick return better than the rest of the Tigers' returners.

He was nearly as good as a punt returner.

Spiller returned eight punts for 210 yards (26.3 yards per) and a touchdown. A myriad of other returners combined to average 9.1 yards per return.

Moreover, Clemson's average starting field position was the 37-yard line last year, while its opponents averaged beginning drives at the 29.

How great will the loss of Spiller be in the return game?

"That's to be determined," Swinney said. "We'll let those players who are going to be assuming that role determine that."

Special teams do not receive the same spotlight as the from-scrimmage positions. Otherwise, Marcus Gilchrist might have Green Bay quarterback Aaron Rodgers on speed dial.

It is on Gilchrist whom much of the task of replacing Spiller falls upon.

Gilchrist returned one kick for 46 yards in 2008, and four kicks for 119 yards in 2007, including a 66-yarder. He showed some promise in the spring game with several long returns.

"Marcus Gilchrist may have the highest (return average) of any of those guys he just hasn't had many opportunities," Swinney said.

Swinney believes returners, like any other role, also improve with experience.

"(Spiller) was good but he wasn't great as a freshman or sophomore as a return guy," Swinney said. "He really got better as his career went along and as a senior he was just unbelievable."

Gilchrist said an area where Spiller grew as a returner was in his ability to set up blocks. To prepare for the season Gilchrist has watched film of Chicago Bears' returner Devin Hester, whom Gilchrist said is excellent at setting up blocks. Gilchrist notes Cleveland's Josh Cribbs is adept at finding a seam and going north-south.

"On kickoff returns, sometime you just hit a hole and go," Gilchrist said. "Other times on a punt return there might not be anything so you have to try and set your blocks up a certain way."

Can Gilchrist -- or another Tiger -- match part of Spiller's production? It's a wait-and-see proposition.

Said Swinney: "It's a definite area where someone has to pick it up."