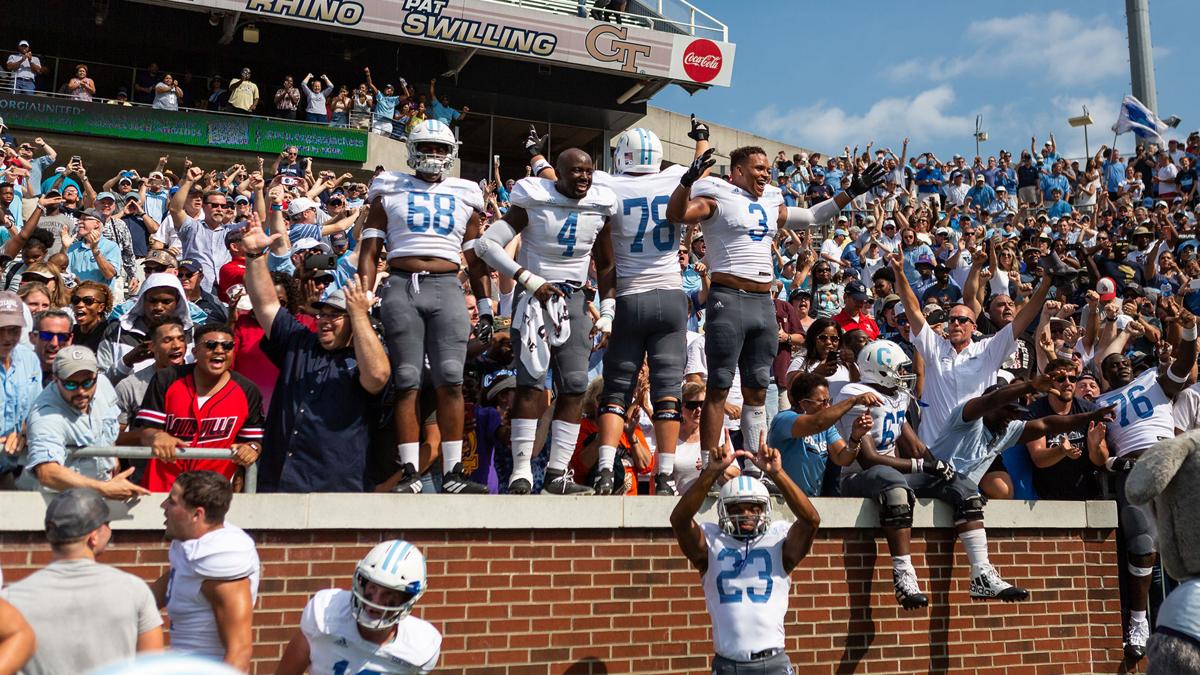 The Citadel's rollercoaster of a season includes a 27-24 overtime win at Georgia Tech on Sept. 14. Provided/Citadel Athletics 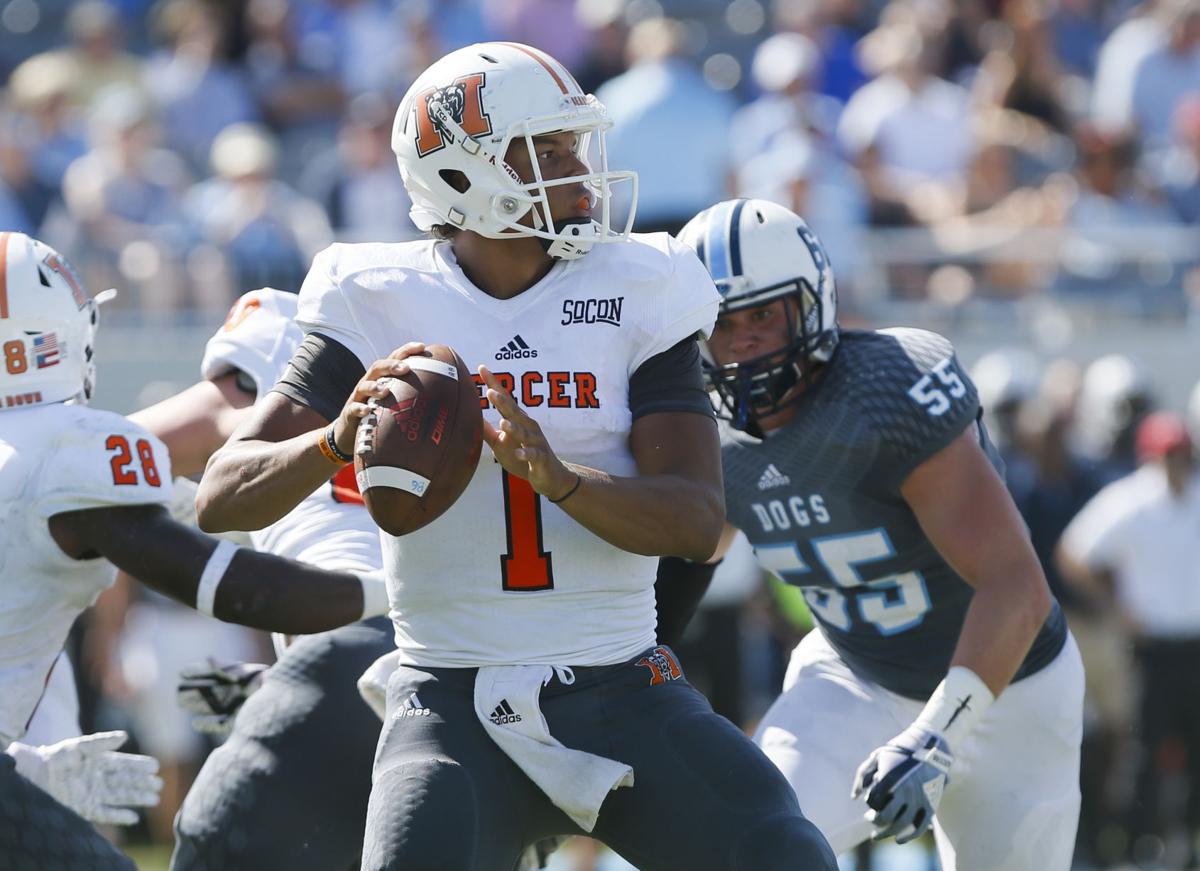 Mercer's Kaelan Riley will likely start in place of the injured Robert Riddle when the Bears play at The Citadel on Saturday. Michael Pronzato/ Staff

The highs have been soaring (triumphs at Georgia Tech and Furman) and the lows have been extreme (a four-overtime defeat at Samford, losing the Silver Shako to VMI) for The Citadel football team this season.

But the Bulldogs (4-4, 2-2) have a chance to straighten out the trajectory of their rollercoaster ride at 2 p.m. Saturday in a homecoming game against Southern Conference foe Mercer (3-4, 2-2).

A victory over the Bears would give The Citadel its first three-game win streak since the Bulldogs won three in a row to start the 2017 season. It would also thrust The Citadel even further into a SoCon title chase in which only one team (3-0 Chattanooga) enters the weekend with a perfect slate in league play.

Jeff's Take: The Citadel's back in the SoCon race, but we're not talking about it

"It's been one heck of a ride," said senior linebacker Phil Davis. "We'll look back and cherish some things at the end of the season, but as of right now we have a lot of work to do.

"I know a lot of people want us to look ahead to Wofford and Chattanooga and the teams at the top of the conference. But if we lose to Mercer, there won't be any conversation about that."

The Bears, in their seventh season under former Furman coach Bobby Lamb, snapped a four-game skid with a 34-27 victory over VMI last week. But the win came at a cost, as quarterback Robert Riddle suffered an apparently serious leg injury.

With Riddle out, Mercer turned to redshirt junior Kaelan Riley to finish off the VMI game, and he will likely start against The Citadel. Riley is no stranger to Johnson Hagood Stadium; he was the Bears' starter two years ago, when Mercer defeated The Citadel, 24-14.

This season, Riley has appeared in five games, hitting 13 of 26 passes for 180 yards with one touchdown and two interceptions.

The Citadel is coming off one of its best performances in coach Brent Thompson's four seasons, a 27-10 win at then No. 8-ranked Furman. Quarterback Brandon Rainey ran for 165 yards on 26 carries, and the Bulldogs totaled a season-best 360 rushing yards.

On defense, the Bulldogs held Furman to 216 total yards and 3.4 yards per play as linebacker Marquise Blount won his second straight SoCon defensive player of the week award.

MERCER AT THE CITADEL