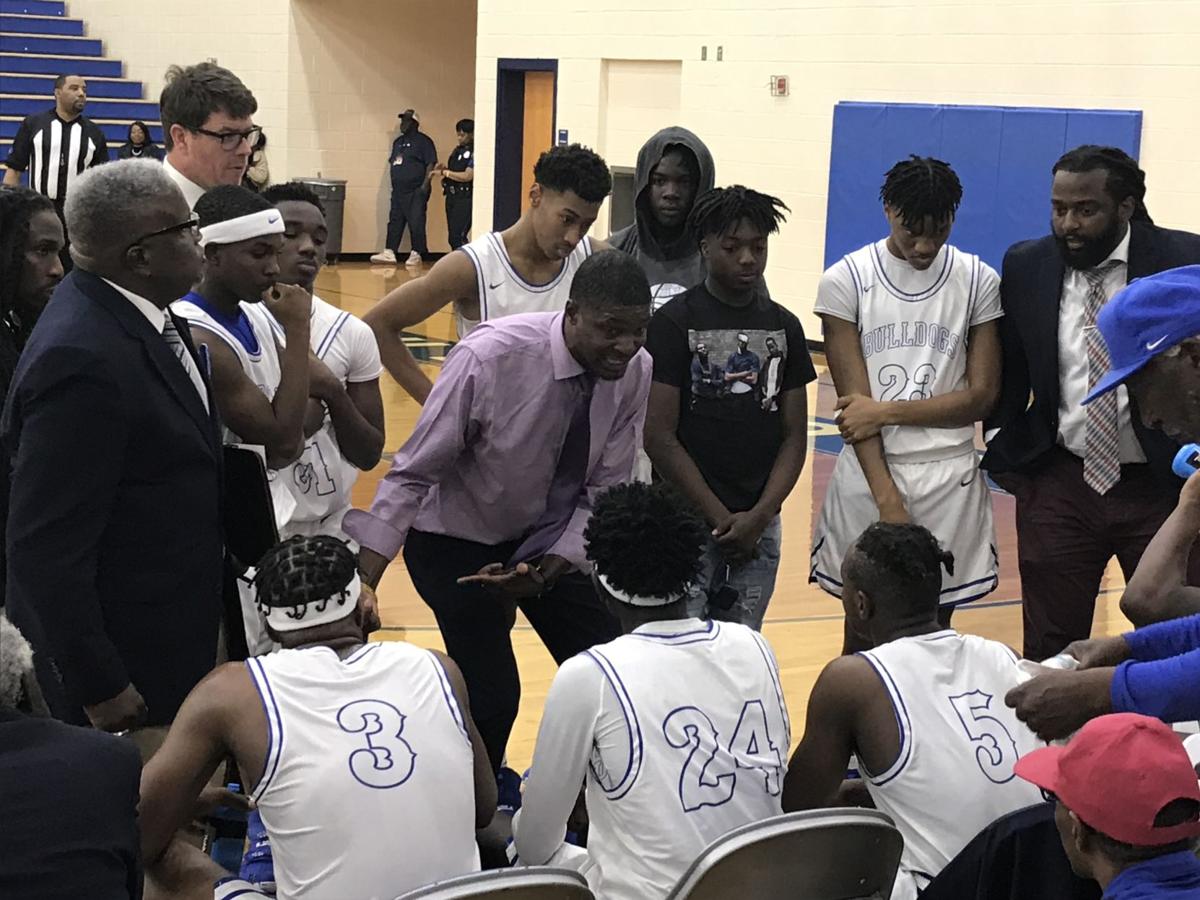 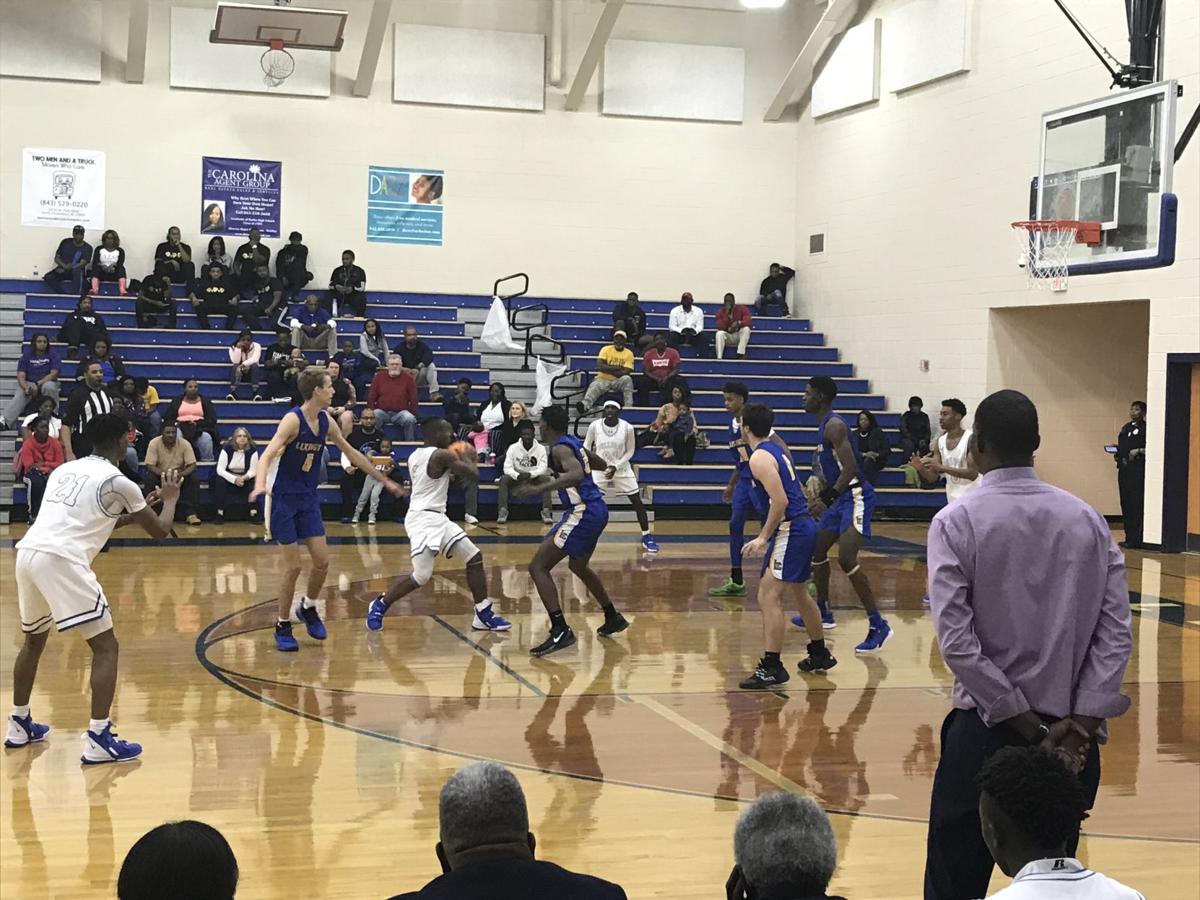 Burke High played against Lexington in the title game of the Modie Risher Classic. Derrek Asberry/Staff

For the second year in a row, the Burke High Bulldogs battled through the first two rounds of the Modie Risher Classic but fell short in the championship game on their home court.

“We played hard, but we made a lot of mistakes that we need to clean up before we start region play,” said coach Deon Richardson after the team’s 76-54 loss to the Lexington Wildcats.

It was an intense title game, as both coaches were visibly upset with the officiating and surrendered technical foul shots to the other team.

But in the end, Richardson refused to use the referees as an excuse for the loss. He’d rather focus on missed layups and free throws from his players, as well as lapses on the defensive end.

“Just too many turnovers and not executing well enough,” he added. “It’s great that we were able to make it to the last round, but I think we could’ve played better.”

Burke played a competitive first half, jumping out to an 11-9 lead at the end of the first quarter.

But starting in the second, the Wildcats started draining 3-pointers and forced Burke to turn the ball over.

Still, the home team kept the game close thanks to a couple of big shots from junior Kendell Hines.

When a Lexington shooter hit a 3-pointer with about four minutes left in the second quarter, Hines answered with a 3 of his own to keep Burke within a point. He pulled up from 3 again with about 90 seconds left in the quarter, keeping the game tight.

But a Bulldogs turnover to close the half led to a Lexington layup at the buzzer. The Wildcats went into the break nursing a 31-26 lead.

“It was a high-intensity game,” said Elliot Pope, the first-year head coach for Lexington. “There were a lot of momentum swings, and I’m proud of our guys for hanging in there.”

The Wildcats pulled away in the third quarter, scoring six points in the first minute of the period. They outscored the Bulldogs 20-11, netting multiple shots from distance and from the free throw line.

Though Burke hung tough in the fourth, they were never able to cut the deficit. Hines finished with 20 points for Burke. Point guard Khyree Thompson added 10 and Victor Goodwin chipped in 7.

The Bulldogs will be back in action on Jan. 3 when they host First Baptist.

Three other games were Monday ahead of the championship game. Summerville edged out Hedgeville, a West Virginia school, in a 42-40 contest. Military Magnet lost 48-32 to Central Buck West out of Pennsylvania. And Colleton bested Swansea 68-38.