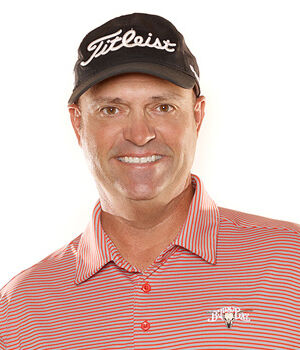 Rickey Sullivan is the director of instruction at the Ranch at Bulls Bay in Awendaw. Provided photo

Rickey Sullivan, the director of instruction at the Ranch at Bulls Bay in Awendaw, will be like a proud papa heading to Augusta next week to watch two of his students compete.

Rachel Kuehn, a Wake Forest sophomore from Asheville, N.C., and Amanda Sambach, a high school senior from Davidson, N.C., who has committed to play for Virginia, both have received invitations to compete in the Augusta National Women's Amateur that will be played March 31-April 3 at Champions Retreat and Augusta National, home of the Masters.

The 54-hole tournament features an international field of women amateurs who play a practice round at Augusta National, then head to nearby Champions Retreat for the first two rounds of the tournament (Wednesday-Thursday) with the top 30 players advancing to the final round at Augusta National on Saturday. It was first held in 2019 with Jennifer Kupcho, the world's top-ranked amateur, winning. The 2020 tournament was canceled because of COVID-19.

"If they are getting invitations, they're some of the best golfers in the country, the best in the world," Sullivan said.

Kuehn, who was an All-America selection as a freshman at Wake Forest, recently won the Palmetto Intercollegiate played at Kiawah Island Golf Resort, the North-South and the Annika and has represented the U.S. on both the Curtis Cup and Palmer Cup teams.

"I've worked with Rachel since she was 12 years old," Sullivan said. "She has a great pedigree. Her mother (Brenda Corrie Kuehn) was an All-American at Wake Forest and also played on the Curtis Cup team.

"We see each other about every four weeks and are really close. She's like a second daughter. We're on the phone every other day, working on golf or talking about life."

Sullivan said he doesn't often get to watch his golfers compete, but he was able to do so when Kuehn played in the Palmetto Intercollegiate at Kiawah Island. He said she came up to him after winning the event and said his presence was a comfort.

"As the parent of athletes and coach of a lot of golfers, that's what you want them to have. I told her I hoped I brought comfort and not anxiety. That was really cool for me to be there," Sullivan said.

Sullivan said he just started working with Sambach, one of the best juniors in the country. Sambach has won the American Junior Golf Association (AJGA) Rolex tournament and been ranked in the top 10 in the world.

"She is a couple of years behind Rachel, but they both could end up being among the best players in the world. They're that talented. Time will tell," Sullivan said.

Nathan Strack shot 82 to win the Championship Flight in the Charleston Golfweek Tour event played at Kiawah Island Golf Resort's Oak Point course. Biff Huff won a playoff over Tony Capehart after both shot 76 in A Flight. Tim Sumption won B Flight with a score of 79. Tom Brady won C Flight with an 81. Jimmy Sullivan won D Flight with an 82.

• The William Brian Moody Foundation will host a virtual golf tournament on May 1. Virtual play is April 10-May 1 with an entry fee of $50. Visit wbmoodyfoundation.com  or call 843-323-7730.

A hole-in-one should be reported by the golf course. Please email aces to braswellsports@hotmail.com and to sportsdesk@postandcourier.com.