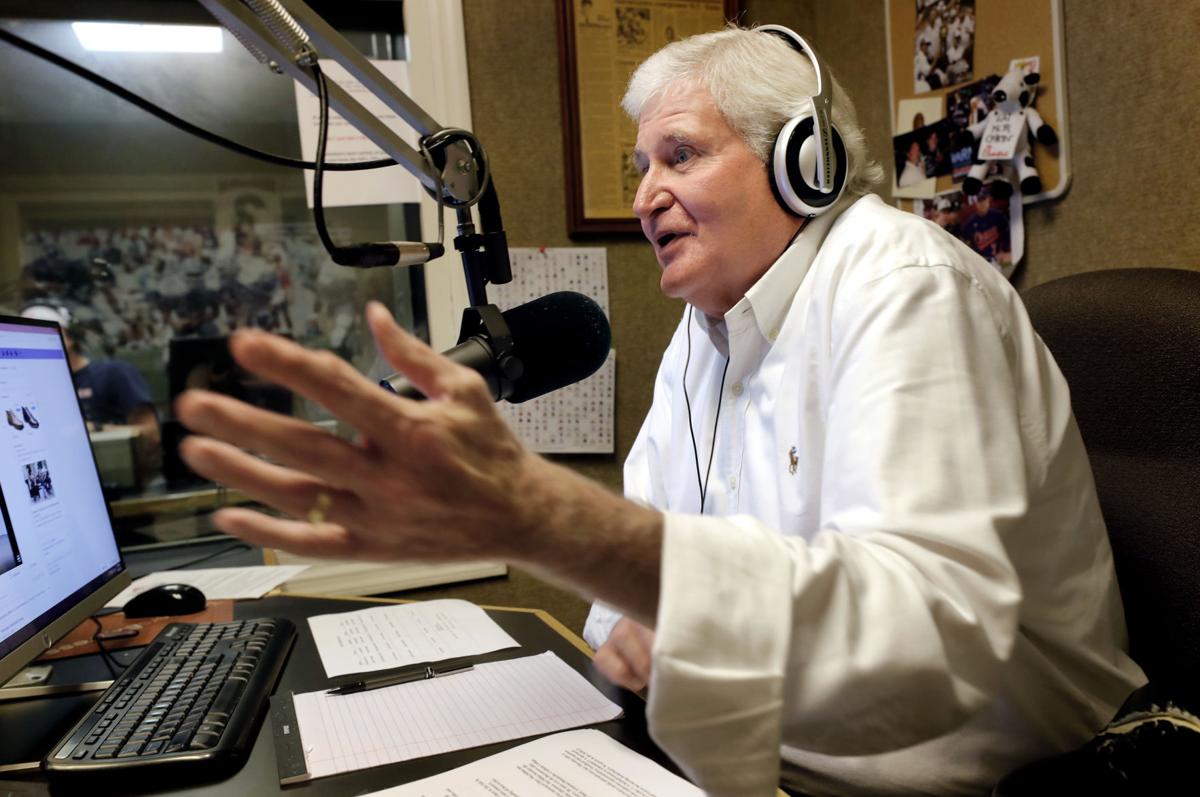 Bobby Hartin broadcasts his FanTalk radio show after taking a two-month hiatus due to the COVID-19 pandemic Monday, May 18, 2020, in Charleston. Grace Beahm Alford/Staff 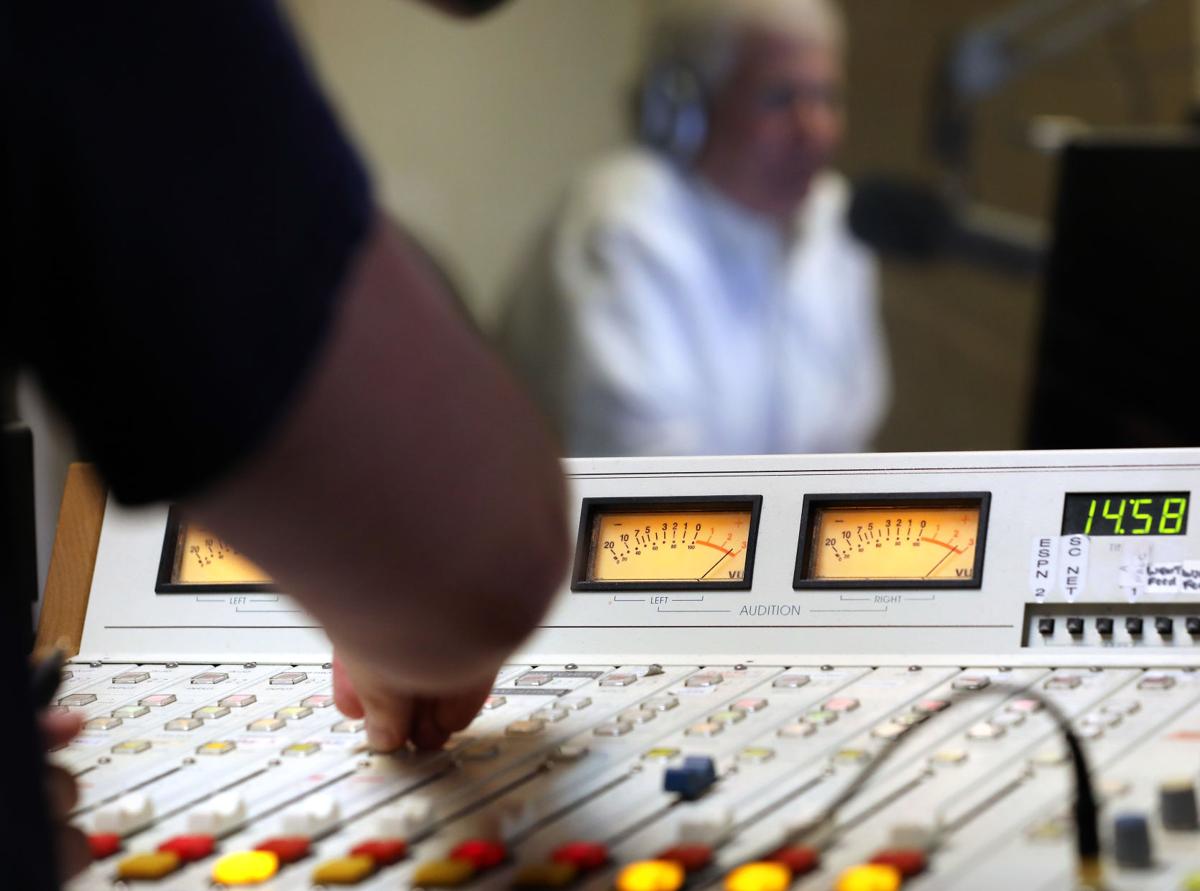 Clayton Crowley, producer, for Bobby Hartin, broadcasts the FanTalk radio show after taking a two-month hiatus due to the COVID-19 pandemic Monday, May 18, 2020, in Charleston. Grace Beahm Alford/Staff 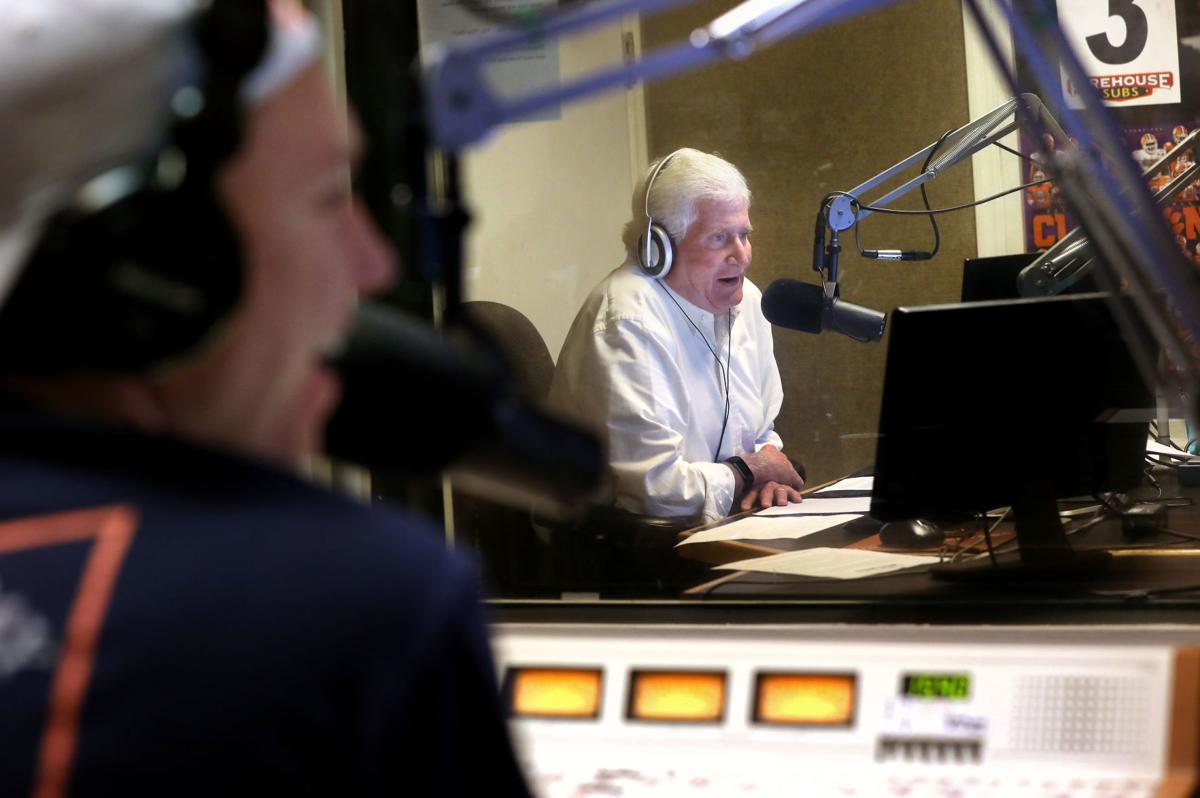 Bobby Hartin, joined by producer Clayton Crowley, broadcasts his FanTalk radio show after taking a two-month hiatus due to the COVID-19 pandemic Monday, May 18, 2020, in Charleston. Grace Beahm Alford/Staff

Bobby Hartin broadcasts his FanTalk radio show after taking a two-month hiatus due to the COVID-19 pandemic Monday, May 18, 2020, in Charleston. Grace Beahm Alford/Staff

Clayton Crowley, producer, for Bobby Hartin, broadcasts the FanTalk radio show after taking a two-month hiatus due to the COVID-19 pandemic Monday, May 18, 2020, in Charleston. Grace Beahm Alford/Staff

Bobby Hartin, joined by producer Clayton Crowley, broadcasts his FanTalk radio show after taking a two-month hiatus due to the COVID-19 pandemic Monday, May 18, 2020, in Charleston. Grace Beahm Alford/Staff

After nearly two months without any local sports talk radio, Gary from North Charleston didn’t want to chitchat about the coronavirus pandemic or even think about the future of professional or college sports.

Nope, that would have been too obvious.

Bobby Hartin, who has hosted “Fan Talk” for the past 28 years, came prepared Monday afternoon to discuss a wide range of sports-related topics. After a 59-day hiatus that took the popular afternoon sports radio show off the air due to the COVID-19 pandemic, Hartin, 66, arrived at the Kirkman Broadcasting studios in West Ashley with three pages of notes he hoped to cram into his three-hour show, which airs Monday-Friday from 3-6 p.m. on WTMZ 98.9-FM.

But yard work wasn’t exactly at the top of his list.

Hartin told his listeners that he’d spent most of his break from the show working on getting his West Ashley home in shipshape condition.

“I’ve been watching TV and doing yard work,” Hartin said with a chuckle. “Our last day was a Friday back in March, and that Sunday my wife went to Lowe’s, picked up five gallons of paint, and I spent the next 12 hours painting our bedroom. After that, I worked in the yard every day. I think this is the first day I haven’t done any yard work in two months.”

Nine minutes into the broadcast, Gary, the day’s first caller, wanted to share his thoughts about Hartin’s current landscaping exploits.

“I’ve never won a yard of the month award,’” Gary complained. “Not even a most improved yard award.”

Hartin said he spent more time working on the upkeep of his yard in the past two months than he has in the last two years.

“The yard looks better than it ever has,” Hartin quipped. “I’ve been trimming trees, planting plants, even planted some trees. I won’t win yard of the month, but, yeah, I should get something, like most improved yard.”

Charlton was up next. His comments drifted from the American Cornhole League, which has been broadcasting its matches on ESPN, to ax throwing and marble racing.

“You should check out the marble racing,” Charlton said.

John from Boston, a regular caller, listens to the show online from Massachusetts and was just grateful to hear Hartin’s voice again.

“Great to have you back,” John said.

A lifelong Boston Celtics fan, John then launched into a smackdown of Michael Jordan and ESPN’s "The Last Dance" documentary.

Did no one want to talk about college football, which has been Hartin’s passion since he started the show in the early 1990s?

Finally, Billy from James Island saved the first hour. Billy wondered if there would be fans at college football games this year, and if so, how many.

“I think it’ll be big money donors and students, but what happens to everyone else?” Hartin said. “I’ve been a (South Carolina) season ticket holder for 42 years, and I don’t know if I’ll get tickets. I know they are charging me for them. And I’m not sure I’ll even want to go. It will be interesting to see how all that shakes out.”

Billy, 79, knows it’ll be a while before things return to normal.

“I think this will change things forever, kind of like 9/11 did,” Billy said.

Like every fan, Hartin was just happy to be back talking about sports again. He warned his listeners that things were not going to return to any kind of normalcy in the sports world until a vaccine or an effective treatment was developed for the virus.

What concerns Hartin are the smaller schools like The Citadel and Furman. During the first hour of the show, Furman announced that its was discontinuing its baseball program.

“If The Citadel or Wofford or Furman can’t play without fans, I don’t see how they are going to make it,” Hartin said. “The Power 5 schools will be fine. It’ll be a bad year, but they will be able to bounce back because of all the TV revenue they get from football. It’s the mid-major schools, the lower Division I schools, the I-AA schools that are going to have issues if they can’t have fans. Furman dropping baseball is just a shock to me.”

Hartin wasn’t sure what to expect on his first day back in the studio, but he’s certain the virus will dominate the conversation moving forward.

“It was great to be back doing what I’ve done for the past 28 years,” Hartin said. “I honestly didn’t know what to expect, but it was great just hearing everyone's voices again.”

Even if it was about yard work.