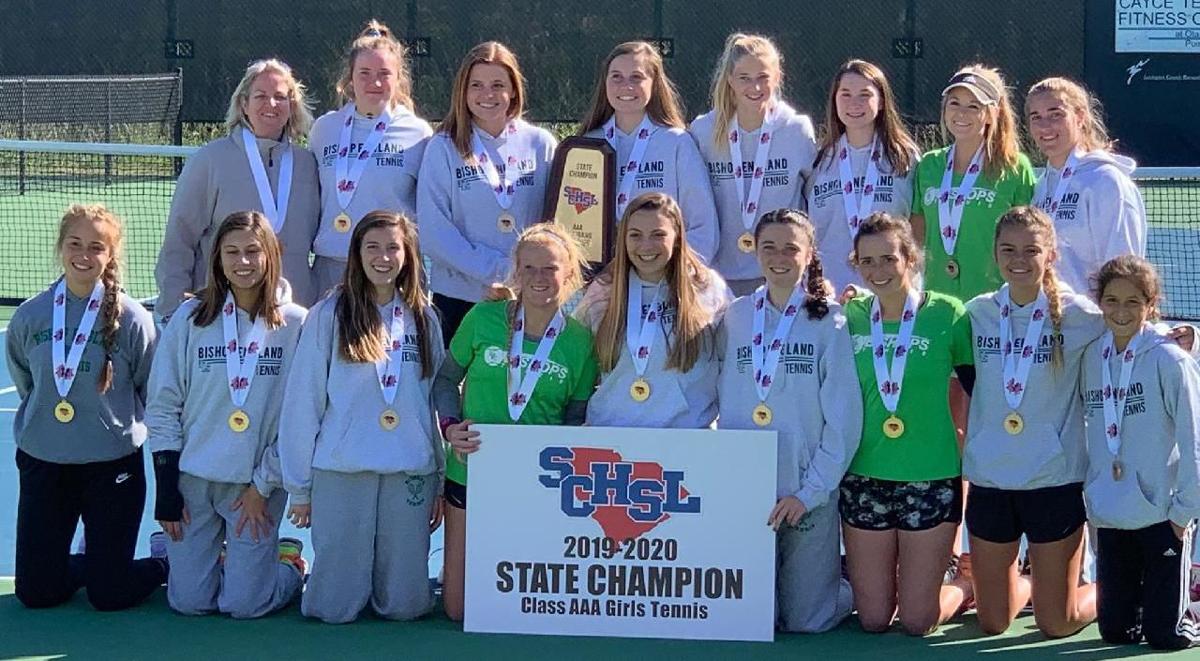 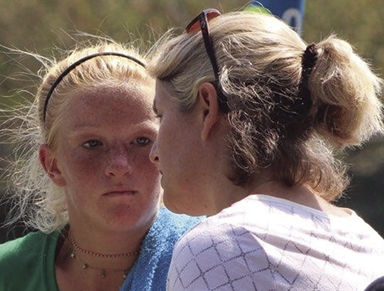 And none are sweeter to coach Kristin Fleming Arnold and her girls than the latest one that came Saturday at Columbia's Cayce Tennis Center when the Bishops completed their second straight unbeaten season by capturing their ninth consecutive state title with a 6-0 victory over Chapman (13-3) in the Class AAA state championship match.

Fleming Arnold couldn't help but be proud of her team. "I am excited for the girls. They stayed focused on their goal and came out and did a good job," she said.

The SCHSL girls tennis state playoffs are finally coming down to the wire. And guess who is once again a heavy favorite to win the Class AAA s…

As for the records, "We just stay focused on being ready to play." That was obvious.

"I can't explain it . . . it's awesome," Woods described her feelings about winning another state title.

"This is my sixth ring," she added, pointing out that she will start basketball practice again on Wednesday. Woods will participate in the state individual tennis tournament on Monday and Tuesday as the No. 1 seed.

Indeed, the Bishops were ready for the test, even though they had beaten the same Chapman team 7-0 in the 2018 state final. This time, the match was closer as the Bishops yielded 23 games to Chapman, but no sets. A year earlier, Chapman had managed to win just 11 games.

"It was a good match. They (Chapman) were the same team, but a stronger team," Fleming Arnold said.

This one marked Arnold's 16th overall state title, four as a BE player and three coaching the BE boys to go with the nine girls titles. Arnold's boys team also has won the last two state titles.

Sophomore Grace Berchtold got the only win for Oceanside (12-4) with a 6-3, 6-2 victory at No. 2 singles over Christ Church junior Mary Cage Carter.

Christ Church sophomore No. 1 Annie Jennings scored a 6-1, 6-1 victory over OCA senior Emily Loring to set the pace for the unbeaten Cavaliers.

For Christ Church, it was the Cavaliers' 17th girls tennis state championship and the 10th during coach Sherry Adams' 14 years as coach of the Greenville team. The Cavaliers scored a 4-3 victory over Oceanside in the 2018 state final.