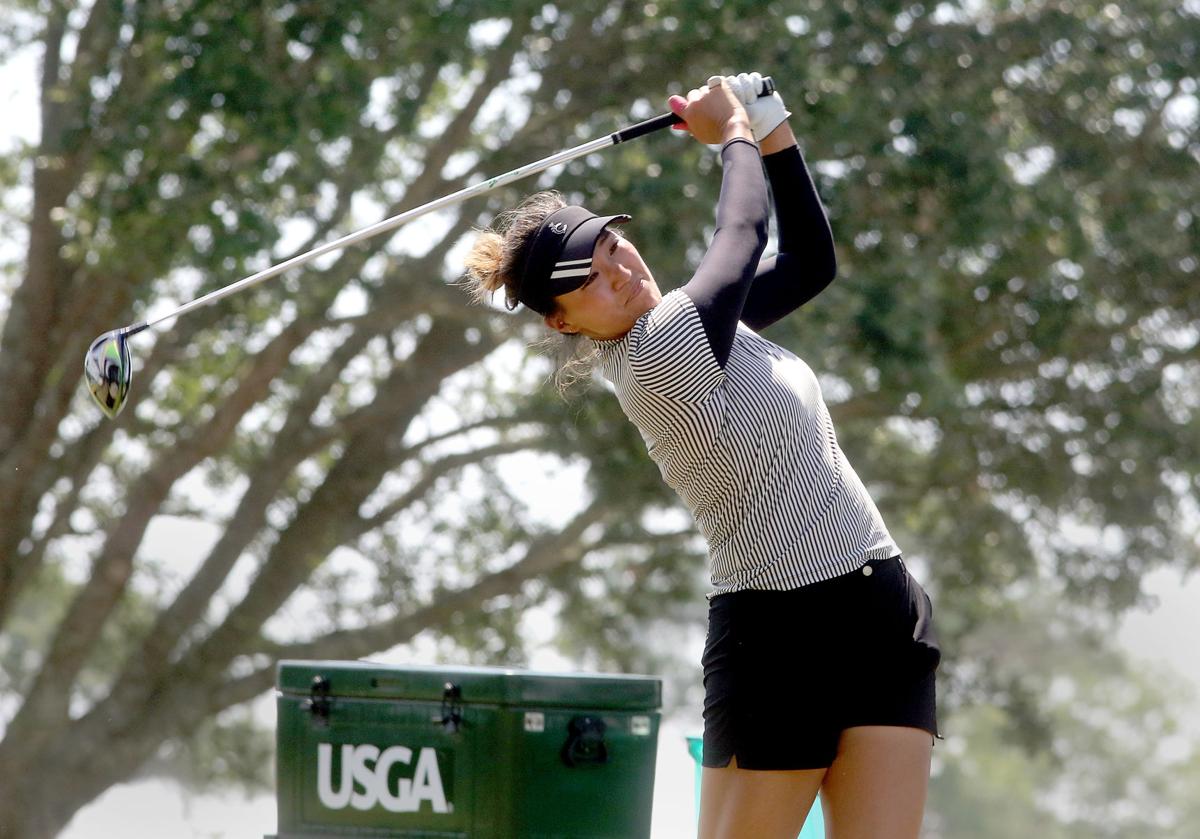 Annie Park tees off on the 12th hole during Monday, May 27, 2019 practice round for the 74th U.S. Women's Open being held at the Country Club of Charleston.Brad Nettles/Staff 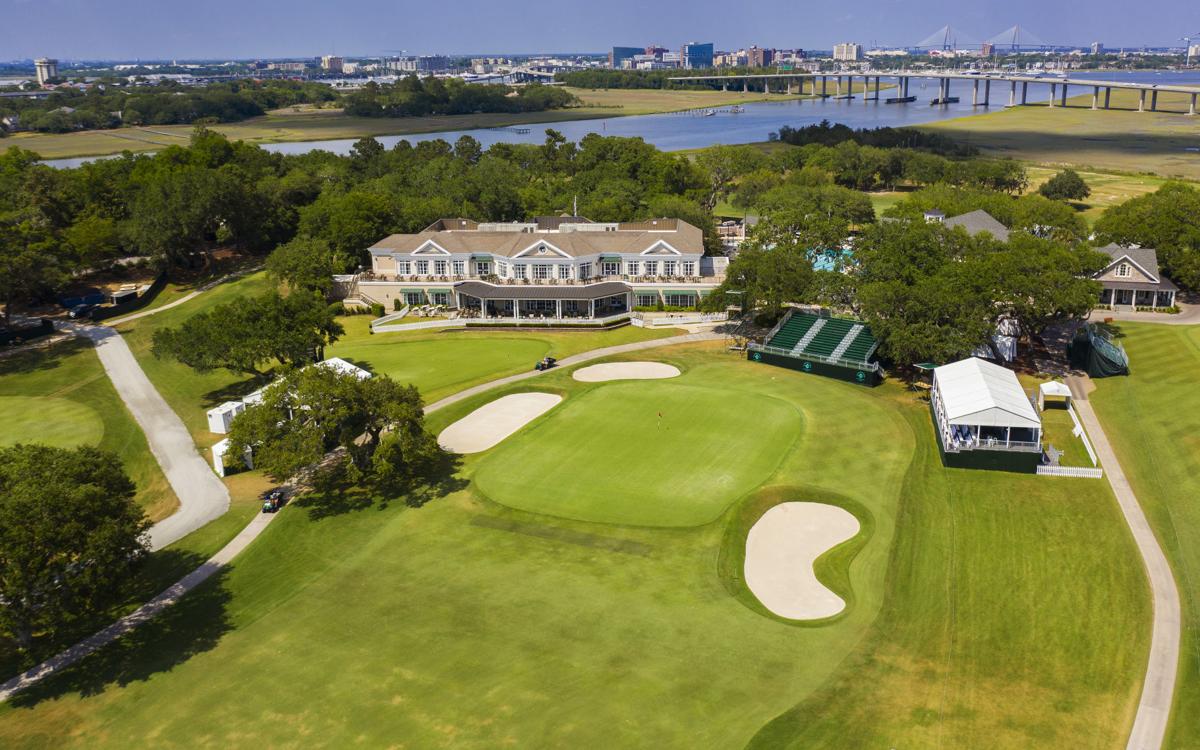 The Country Club of Charleston is set up for the U.S. Women's Open on Friday, May 24, 2019. Lauren Petracca/Staff 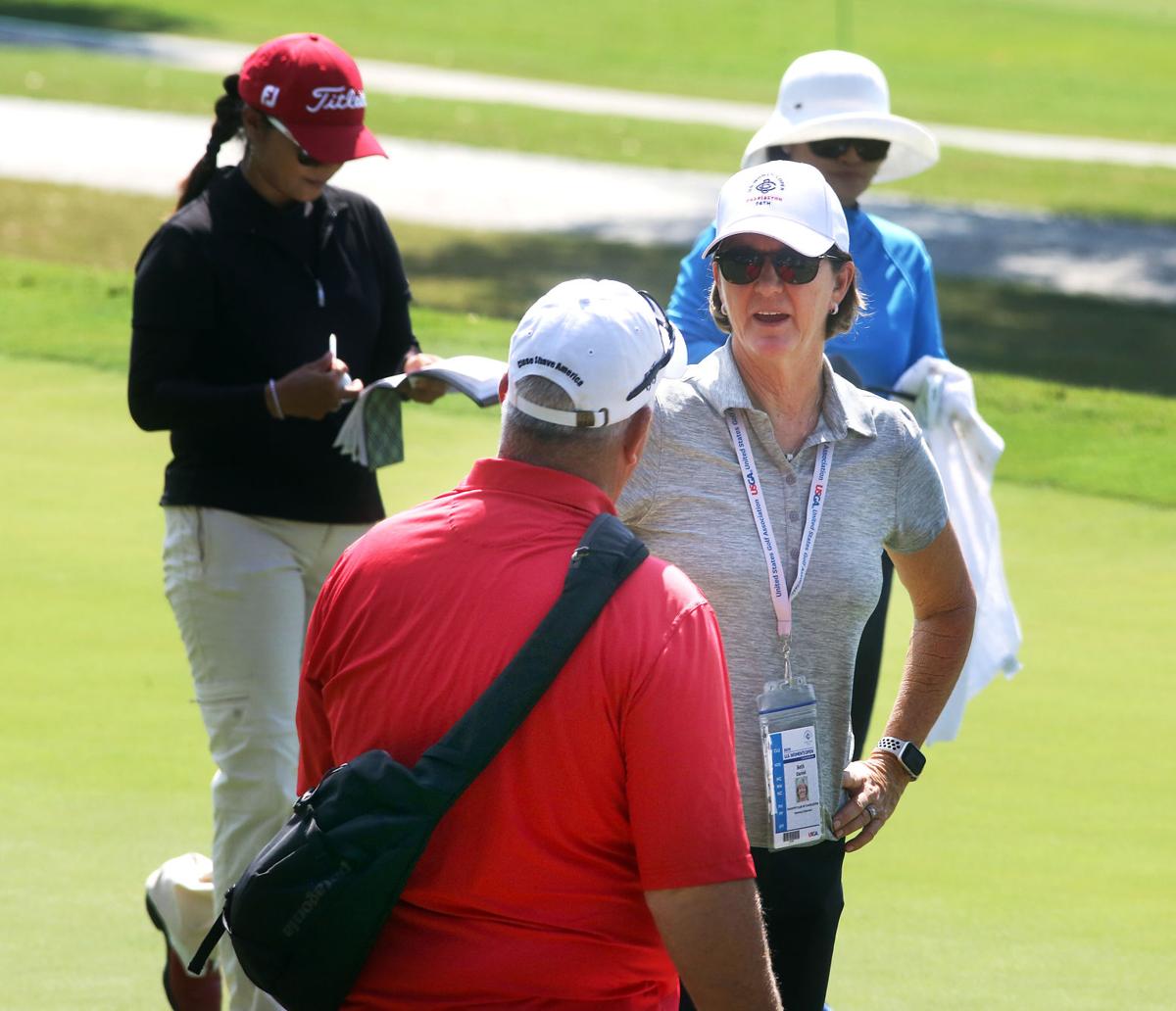 Charleston's Beth Daniel talks with players and coaches during Monday, May 27, 2019 practice round for the 74th U.S. Women's Open being held at the Country Club of Charleston.Brad Nettles/Staff 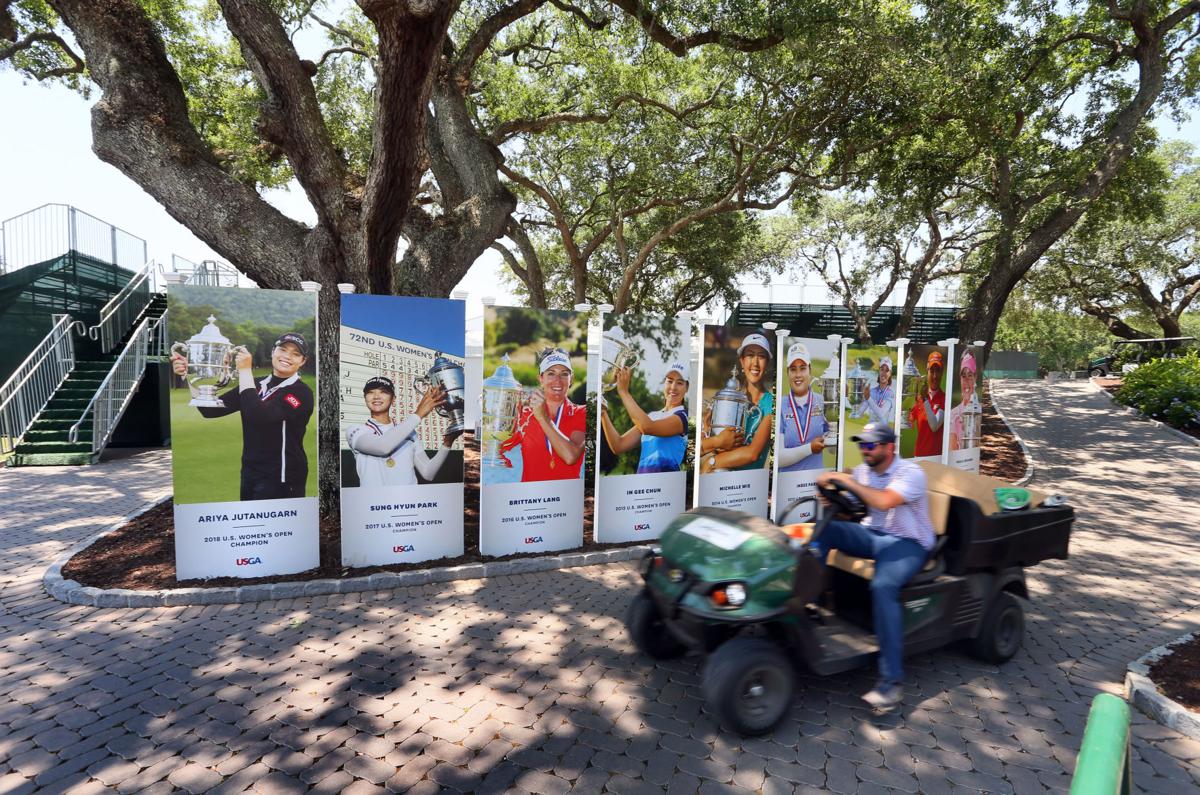 The Country Club of Charleston was busy — especially for operations manager Matt Jolly passing posters of recent winners — on Friday, May 24, 2019 with preparations underway for the 74th U.S. Women's Open Golf Championship beginning Thursday, May 30. It is the oldest of the LPGA Tour's five major championships. Wade Spees/Staff 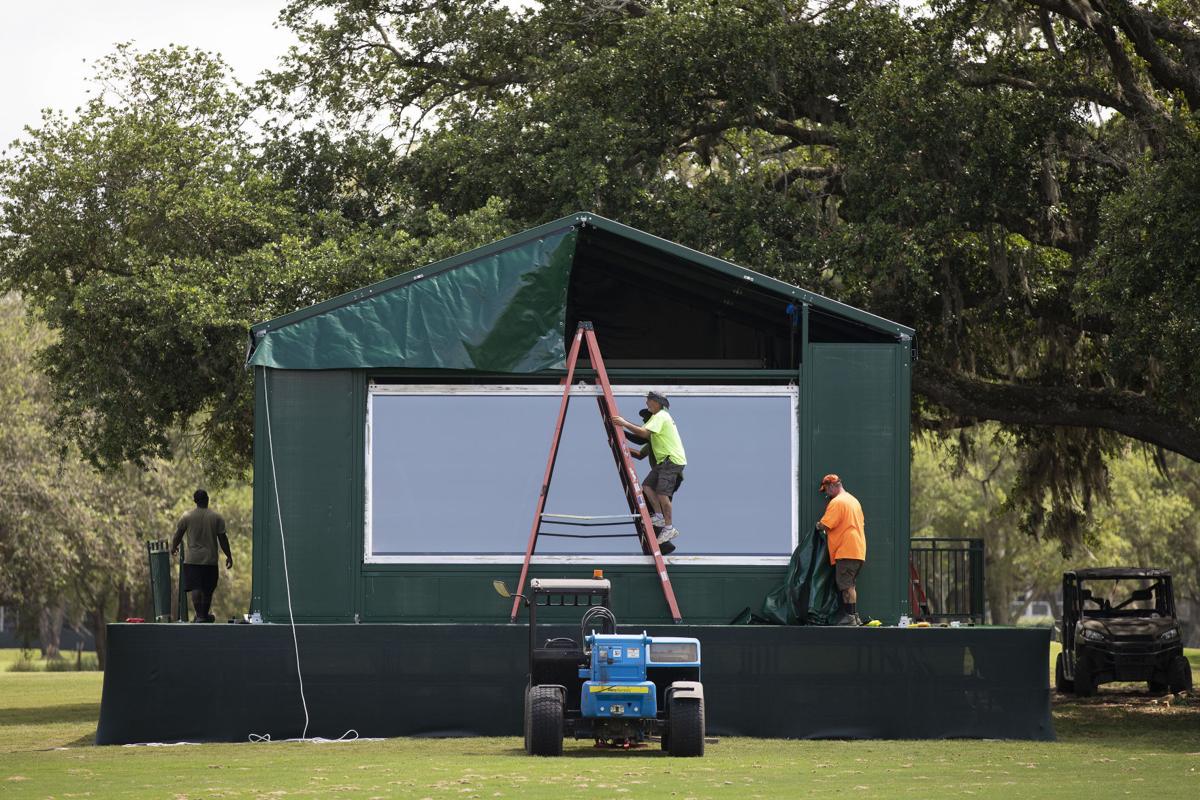 Workers set up the commentary booth in preparation for the U.S. Women's Open at the Country Club of Charleston on Wednesday, May 22, 2019. Lauren Petracca/Staff

Beth Daniel was about 6 years old when she began playing golf at the Country Club of Charleston. She joined her father's regular Tuesday afternoon game when she was about 14.

Few golfers know the Country Club of Charleston, host site of the 74th U.S. Women's Open this week, better than Daniel, the World Golf Hall of Famer and winner of 33 LPGA titles during her career.

The 94-year-old course, situated on old James Island farm land along the Wappoo Cut, will offer spectators the chance to watch the world's best golfers vie for one of the LPGA Tour's five major championships.

"It was farm land and pasture land before it was built on," said Daniel, who hosts the Beth Daniel Junior Azalea at the Country Club each August. "So it is not hilly, and it's such a pretty piece of land. On several holes, you are looking across the marsh to the harbor and the skyline of the city of Charleston, so it's really a pretty place."

Here are Daniel's tips on how to get the most out of watching practice rounds and the tournament, which begins on Thursday:

"Obviously, everybody wants to see No. 11," she said of the 172-yard par-3 hole, which features the famed "reverse Redan" with a large false front, the left front of the green raised high, and the putting surface sloping to the right rear.

"I remember as a kid watching the Azalea tournament with my dad, and we would go behind 11 green to watch everybody come through," she said. "That's definitely the hole that has the most potential for good or bad.

"They will put some bleachers up behind No. 11, but I don't know if it will be a big enough bleacher. There might not be enough room to fit everybody who wants to see that hole."

The closest thing the Country Club might have to Augusta National's famed "Amen Corner" is on the back nine where No. 12 green, No. 13 tee, No. 16 green and No. 17 green all come together in close proximity.

"If I wanted to set up shop and watch some golf, I would try to set up along that area of the course," Daniel said. "They will have a tent there behind 12 green, and at that point you can see four holes at once. You can see a lot of good golf there."

The grandstand at No. 17 green is another prime viewing spot, Daniel said.

"It's a very easy spectator course, and a good one," Daniel said. "It's not a difficult walk, and a lot of holes run parallel to each other. There are some areas where greens and tees are very close together, like No. 4 green and No. 5 tee, and No. 7 green and No. 8 tee. There are a lot of areas where multiple holes come into play."

A good place to see a lot of the best swings in the world at once is the practice range where the players warm up, located near No. 10 tee. The practice green in front of the clubhouse is another popular viewing spot.

Juniors under the age of 18 can stop by the new "selfie station," located near 18 green, to take photos with players. And there is a "Junior Experience" tent along No. 16 where activities include putting games and more.

For older fans, there is the Lexus Performance Experience in Fan Central with state-of-the-art interactive golf experiences, including a photo opportunity with the U.S. Women’s Open Trophy and a putting green.

In addition, with an upgraded ticket fans can visit the Palmetto Pavilion, an open-air sports bar atmosphere with TV screens, upgraded food and beverage, as well as indoor and outdoor seating. The facility is directly behind the 18th tee box.

Players competing in the 74th U.S. Women's Open Championship held their first practice Monday, May 27, 2019, at the Country Club of Charleston.

WHERE: Country Club of Charleston