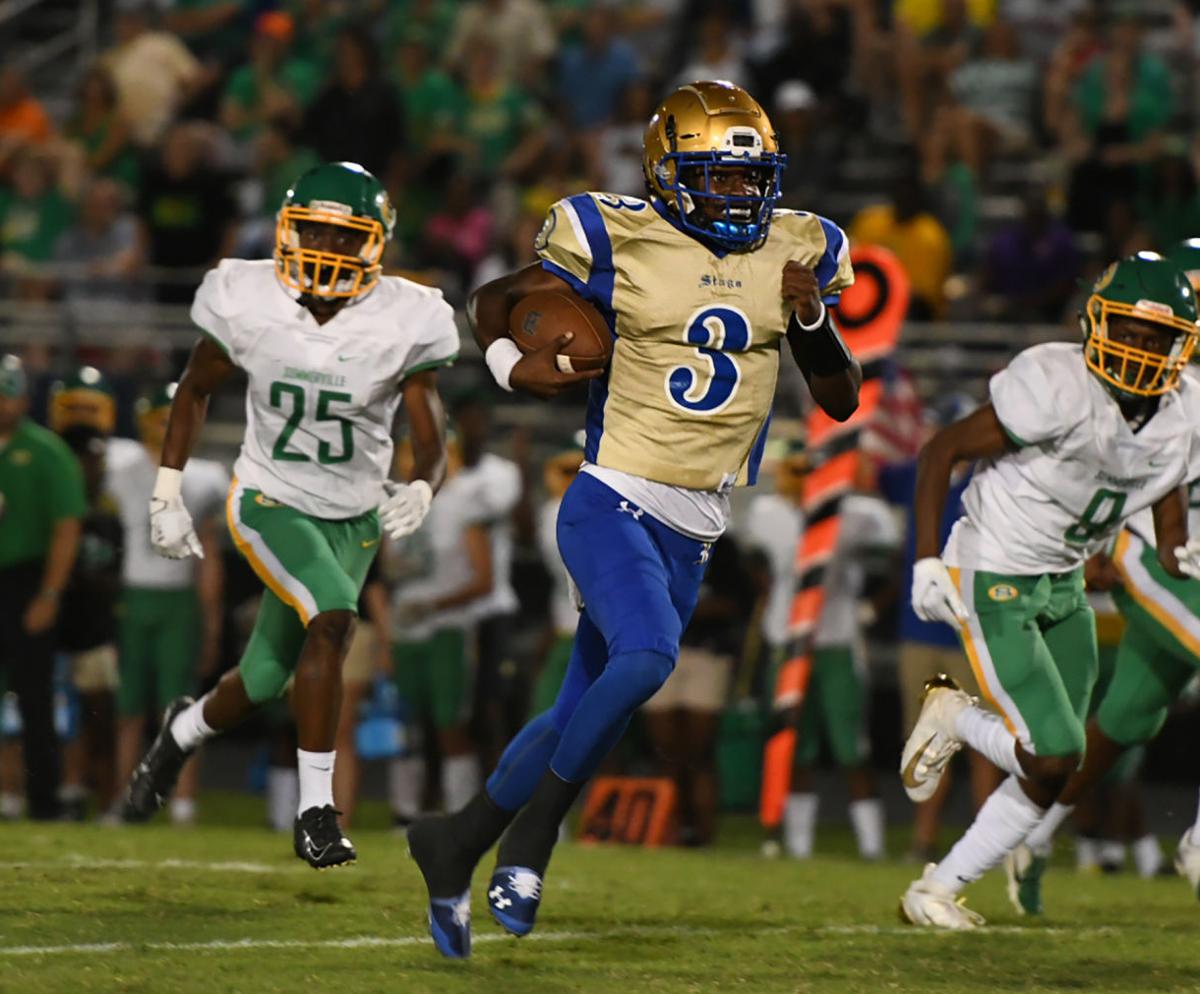 Berkeley senior Willie Chisolm will be making his third start at quarterback on Friday against Goose Creek. Rob Gantt/The Gazette 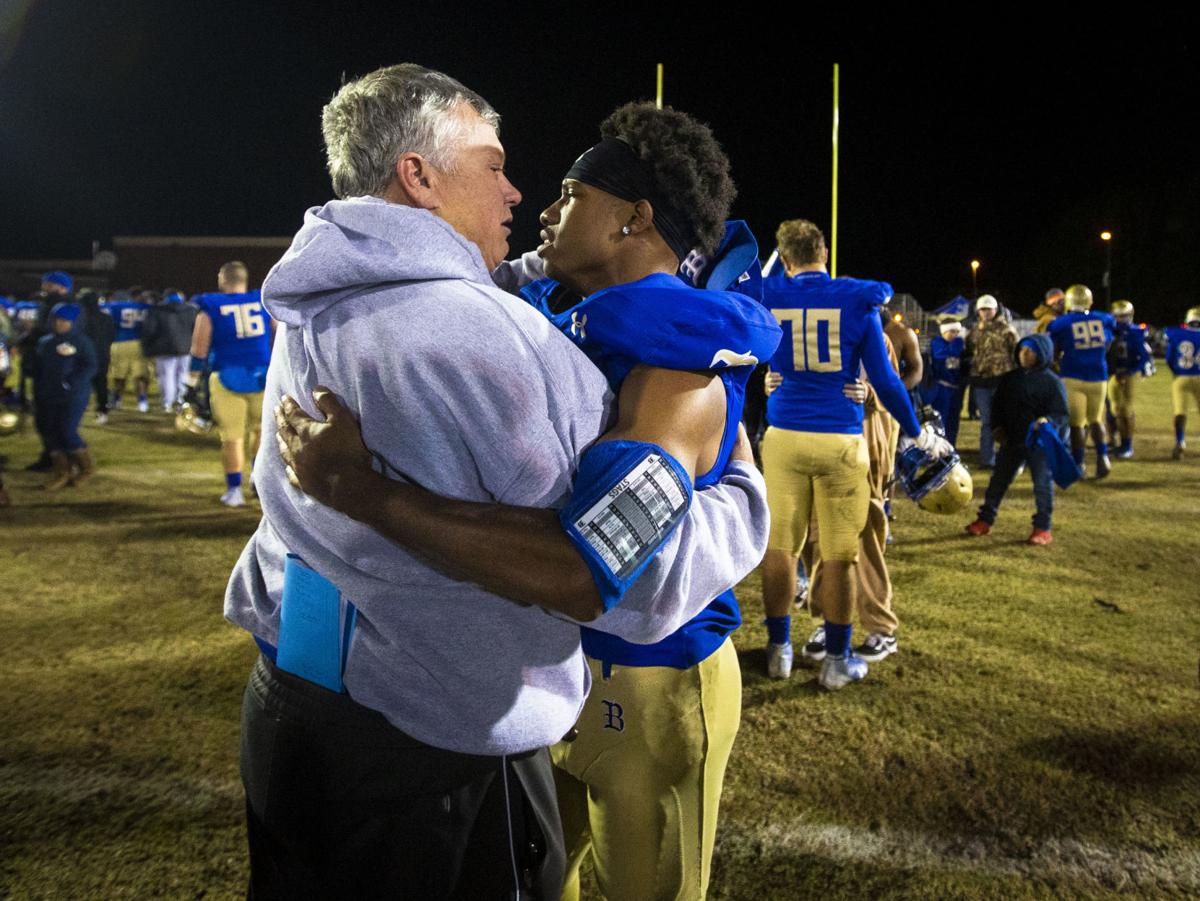 Willie Chisolm knows how to win. The Berkeley quarterback has proven that on the football field.

He also knows who to call when he needs advice or encouragement off the field. That would be his older brother DJ, who helped Berkeley win three straight region titles before graduating last spring.

It’s hard to replace a player like DJ Chisolm, already an established pass-catcher as a freshman at Middle Tennessee State in Murfreesboro, Tenn. He has five catches for 124 yards and one touchdown through five games. At Berkeley, he netted 2,291 yards and 31 touchdowns on 146 catches.

"DJ's probably the fastest kid I've ever coached," said Berkeley head coach Randy Robinson. "And (Willie) has learned a lot from him. But with both, you're talking about two, high-character men who were raised the right way."

While Robinson misses the talent and leadership DJ contributed, he sees a lot of those same qualities in Willie.

“We’ve built a lot of our offense around him,” Robinson said of his senior quarterback. “He was our starting safety last year, and the year before that, he was the quarterback for the JV team. So he can do it all.”

Willie Chisolm was to be Berkeley's starting quarterback coming into this season, but he suffered an ankle injury in August and missed the first two games. In his place, junior QB Tre Minor led the Stags to a pair of victories.

Chisolm returned to action for Game 3, starting at safety against Fort Dorchester. When Minor went down with a collarbone injury, Chisolm was moved to quarterback in the second half. Not much went right for Berkeley in that game, and Fort Dorchester handed the Stags their first loss, 44-0.

But with Chisolm totally healthy and starting at quarterback, the Stags (4-1 overall, 1-0 in Region 7-AAAAA) haven’t looked back. They hung 40 points on Summerville, the team that ousted them in last year’s playoffs. Then they cruised to a 43-13 win over Wando in their first region game of the year. On Friday, Berkeley plays at Goose Creek, which is also 1-0 in Region 7-AAAAA.

Against Summerville, Chisolm threw for 351 yards and three scores, including a game-winning touchdown in overtime. That performance earned him Player of the Week honors.

He’s always a threat to run because of his speed, but the Moncks Corner native prefers to stay in the pocket.

“My offensive line has improved and is doing a good job of protecting me,” he said. “So they allow me to take my time and find open guys.”

Berkeley rolls to victory over Wando in region opener

It’s going to take that type of consistency for the Stags to win a state title. They’ve won three consecutive region championships, but haven't been able to advance past the Lower State final.

To finally break through, Chisolm said he’ll rely on his teammates and the inspiration he receives from DJ.

“It motivates me, watching him do this thing,” Willie Chisolm said. “It reminds me that we have to stay focused, especially in this region. Each game is a fight, so we have to be ready.”

Notes: Key Region 7-AAA matchup as both teams are 1-0 in league play … Bishops lead overall series, 5-2, with Waccamaw’s last win coming in 1998 … Waccamaw is seeking a sixth win, which has happened only six times since the school opened in 1991.