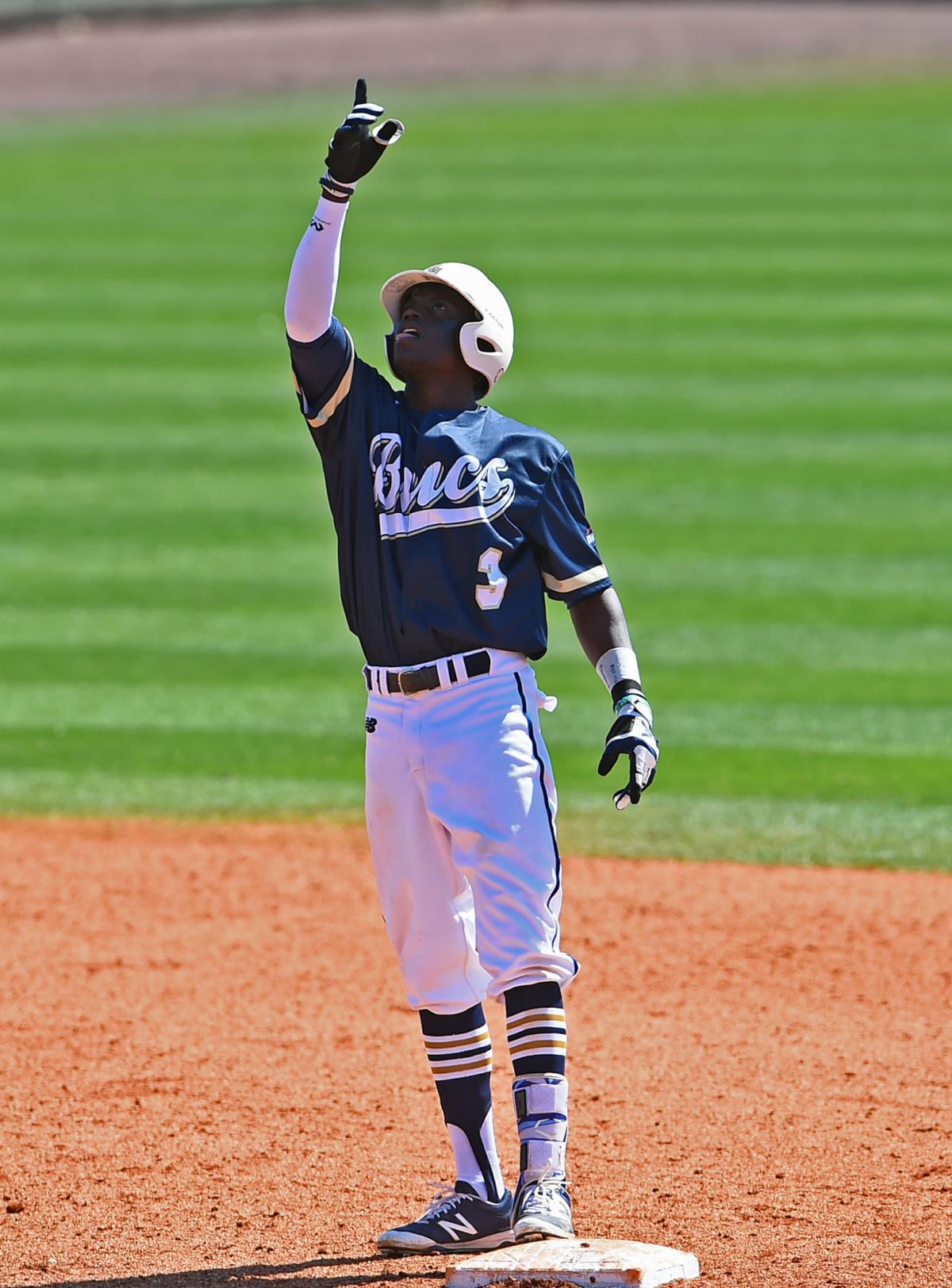 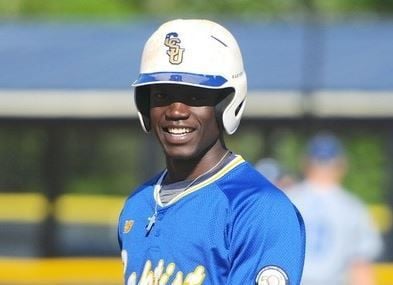 Charleston Southern's Chris Singleton was drafted in the 19th round by the Chicago Cubs on Wednesday, nearly two years to the day since his mother's death at Emanuel AME Church in Charleston. (File/Rob Gantt/Gazette)

Charleston Southern's Chris Singleton was drafted in the 19th round by the Chicago Cubs on Wednesday, nearly two years to the day since his mother's death at Emanuel AME Church in Charleston. (File/Rob Gantt/Gazette)

Two years ago, Chris Singleton stood on the field at CSU Ballpark and said words that comforted a community and moved many across the nation.

“I just say, love is always stronger than hate,” Singleton said on June 18, 2015, one night after his mother, Sharonda Coleman-Singleton, was among nine innocent church-goers killed at Emanuel AME in Charleston. "If we just love the way my mom would, then the hate won’t be nearly as strong as the love is.”

On Wednesday, three days shy of the second anniversary of his mother's death, Singleton stood again at CSU Ballpark and pondered a future that now includes professional baseball.

"It's a lot of God and a little bit of me right now," said Singleton, a junior outfielder for Charleston Southern who was picked in the 19th round of the Major League Baseball Draft by the world champion Chicago Cubs. "It's timing itself up perfectly in my eyes, so it's really a blessing."

Singleton, the final pick of the 19th round and the No. 585 pick overall, was cleaning pools Wednesday when he learned of the Cubs' pick. After his father died in February, Singleton became the man of a family that includes two younger siblings, Camryn and Caleb.

He and a friend started a pool-cleaning business, Moore Clean Pools, to help support the family.

"I've got this pool-cleaning business, and I was doing one of the pools when my phone rang," Singleton said. "My heart dropped a little bit. I answered the phone and it's been surreal ever since."

"It felt like one of my own kids was drafted," said Lake, who left CSU to become an assistant coach at South Carolina just before the 2017 season. "I'm so proud and happy for Chris. He and I have gone through so much together. We talked today and he thanked me for giving him a chance. But I've got a whole lot more to thank him for. He'll always be a part of me and my family just as a person."

Ward, who took over for Lake at CSU, called Singleton "the hardest worker on the team."

"It's a tremendous opportunity for him," Ward said. "The guy has definitely worked for it, and he definitely earned it."

"From the moment everything happened with his mom, baseball was an escape for him," Lake said. "It was something we talked about a lot: Use it the right way, but always let baseball be fun.

"This year, he was a typical junior in his draft-eligible year. They put pressure on themselves and he was no different. I told him, keep swinging, keep being athletic and let people see what you are all about."

In 2015, the New York Yankees invited Singleton and his younger brother and sister as a Hope Week honoree. The Singletons got to hang out with former College of Charleston standout Brett Gardner and other Yankee stars.

The Yankees tweeted out congratulations on Wednesday, saying "Doesn't matter where you ended up, we're proud of you!"

Congrats to 2015 #HOPEWeek honoree @csingleton__2 on being drafted by the @Cubs! Doesn't matter where you ended up, we're proud of you! pic.twitter.com/o36lco6rKs

Lake said there's no doubt Singleton, 6-1 and 178 pounds, earned this chance with his play on the field.

"We have unbelievable scouts in this area, and it's a business for them," he said. "They aren't doing anybody any favors. Everyone who gets drafted has earned it, and this kid has earned it, there's no doubt in my mind."

The Cubs are getting hard-working player, Singleton said.

"This is really just the beginning," said Singleton, who could be bound for the Cubs' short-season Class A squad in Eugene, Oregon. "I'm prepared to work very, very hard and work my way up each and every day."

Singleton said his mom and dad would be proud.

"It's not really a sad thought at all," he said. "It's more of a happy thought. I always say, I don't want to let my mom down, and today I think I'm definitely not doing that."

Two weeks after announcing his retirement from professional baseball, Chris Singleton has landed a new gig with the Charleston RiverDogs.