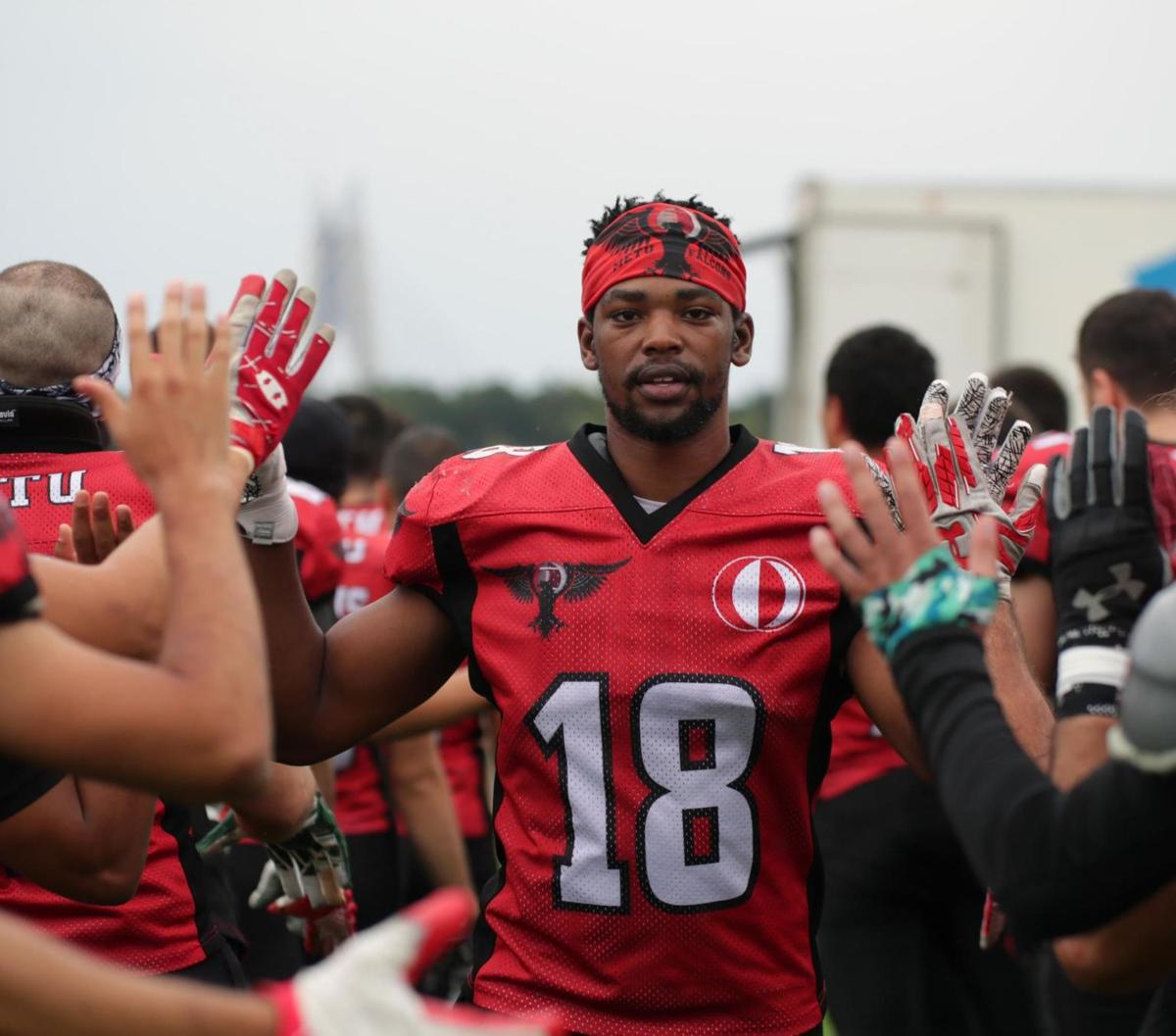 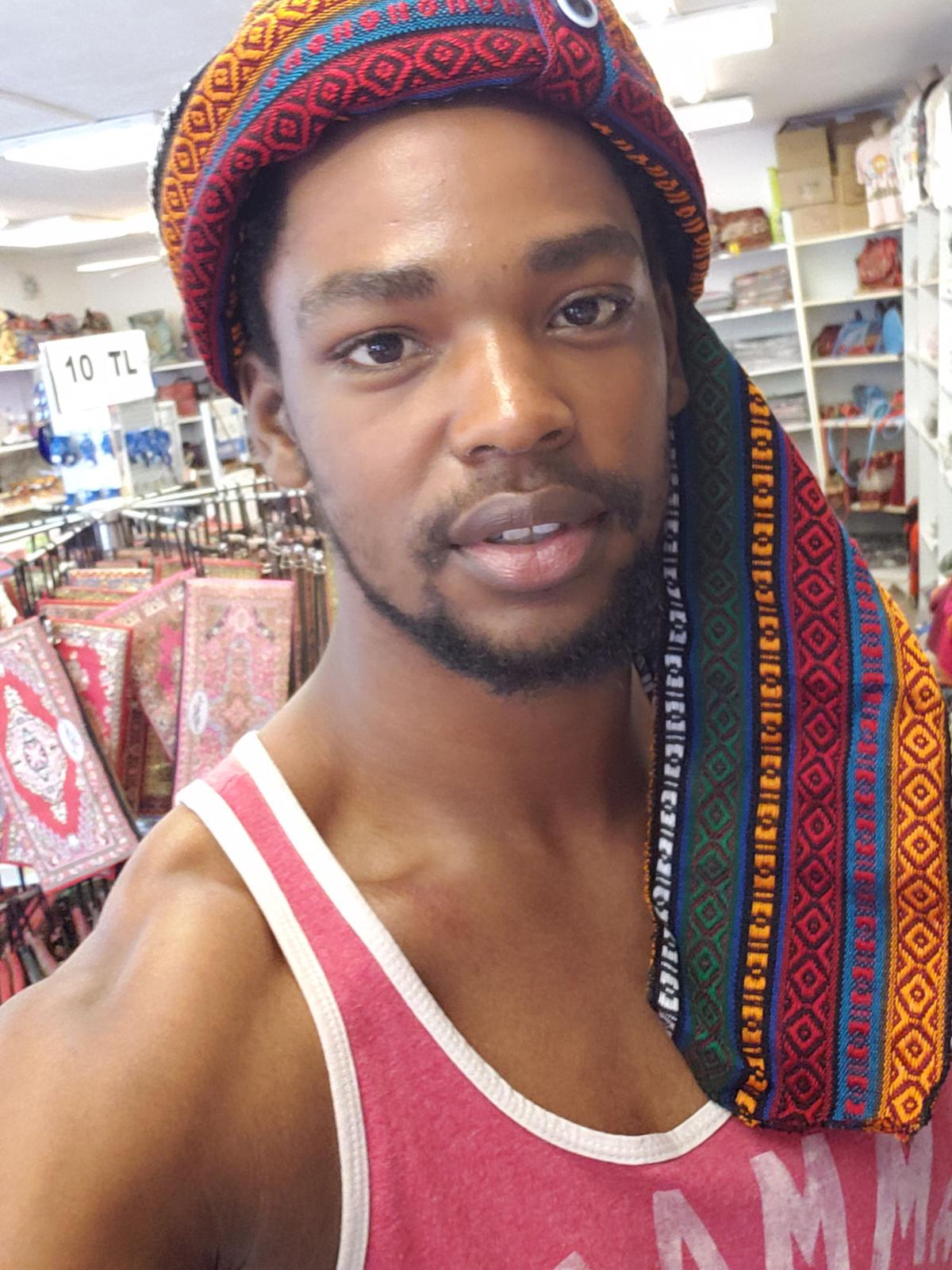 Cam Jackson tries on a turban in Turkey. Provided 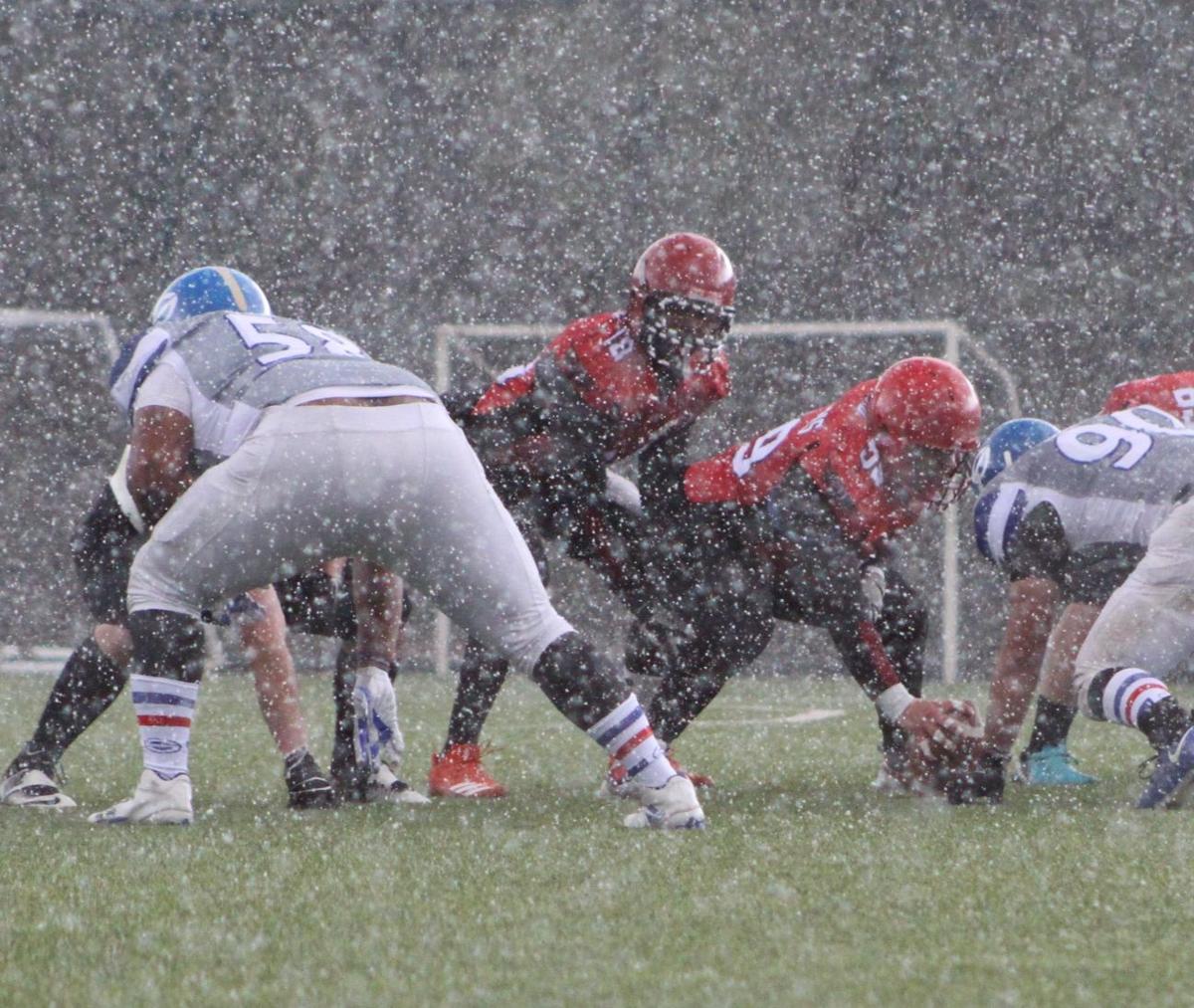 Former Citadel standout Cam Jackson played a game in the snow during his stint in Turkey. Provided

After a five-month sojourn in Turkey, Cam Jackson returned to his Alabama hometown with an MVP award, hundreds of pictures and memories, and a fondness for künefe.

"Oh man, I wish I could describe it," the former Citadel football standout says of the Turkish dessert pastry. "It's like crispy on the outside, with cinnamon and sweet cheese on the inside. And on the top, it's sprinkled with pistachio nuts.

"I've been searching for it since I got back, and the closest place with a good review is in Miami. That might be too far to go, even for some künefe."

Jackson, a 2017 graduate of The Citadel, is back home in Mobile, Ala., after playing a season of professional American football in Turkey. The 6-2, 205-pounder led his team, the ODTÜ Falcons, to the championship game of the Turkish American Football League, earning MVP honors for the Falcons.

It was the experience of a lifetime, said Jackson, who starred at slotback for The Citadel teams that won Southern Conference titles in 2015 and 2016.

Inside Cam Jackson's game-saving run for The Citadel

"I'm telling all the young guys at The Citadel, if your body allows you to play, you should definitely do it," said Jackson, who ended his career with the second-best rushing average (7.44 yards per attempt) in school history. "It's a great way to continue to play the game you love and experience something different."

Jackson had originally hoped to play for a team in Germany last season, but found himself scrambling after those plans fell through last November. That's when a coach from the ODTÜ team in Ankara, the capital city of Turkey, reached out to him.

"I wasn't even thinking of Turkey," Jackson said. "I didn't even really know if they played American football there."

Soccer and wrestling are the national sporting obsessions in Turkey, the only secular democracy in the Muslim world. American football in the country of some 83 million people dates back to 1987, when American Navy men played a pickup game against Turkish students at Bogazici University in Istanbul.

The students formed a club team, the Bogazici Sultans, and word of the new game spread to other universities. The Turkish American Football League was founded in 2005, and now includes teams such as the Koc Rams, the ITU Hornets, Bogazici Sultans, Uludag Timsahlar, Anadolu Rangers, Gazi Warriors, and the Sakarya Tatankalari.

In Turkey, each team is limited to five "imports", or non-Turkish players, including three Americans, Jackson said.

"The teams there could probably compete with Division II schools, for sure," Jackson said. "We weren't the best team in the league, but I felt like we were the most physical, and we played together as a team."

Jackson's team, the Falcons, had only two American players, including receiver Exavier Edwards from Midland University, an NAIA school in Nebraska.

"You could only have three imports on the field at one time, and most teams maxed it out," Jackson said. "But we only had two, and we both played both ways a lot."

Jackson played quarterback, receiver, running back, kick returner and defensive back for the Falcons, making the game-sealing interception in the victory that clinched a berth in the championship game.

Jackson said the best teams in the league drew crowds comparable to high school games in the U.S. In his second game in Turkey, the team played in the snow.

"I'd only seen snow three times in my life," he said. "It was getting in my eyes, on my hands. It was tough, but it was a cool experience."

Jackson lived in an apartment near the campus of OTDÜ, a university in Ankara, a city of almost 10 million people located in central Turkey. He and Edwards were roommates, along with a Turkish student who also played football.

Coaches warned Jackson that he would draw attention in Turkey, and they were right.

"The people were really friendly and open and very helpful," he said. "But when I got there, the coaches told me people would stare at me. But it's not a bad stare, it's more of a curious stare.

"I definitely got a lot of that. I mean, you are tall and black, but not like African, and muscular. Those things make you stick out like a sore thumb. So people stare at you, but it's sort of like a celebrity thing."

And then there was the food.

"I was blown away," Jackson said. "That's the first thing people told me, you've got to try the food. And I was like, man, it doesn't look appetizing at all. But it was probably the best food I've ever had in my life. All fresh, nothing processed.

"And the fruit ... I came back home and ate fruit, and it doesn't taste the same. I think Turkey may have messed up fruit for me for the rest of my life."

Jackson traveled with the team and on his own in Turkey, including a memorable trip to Cappadocia, an area known for its unique geological formations known as "fairy chimneys." Early peoples dug into the soft, volcanic ash to form caves and underground cities, used as hiding places by early Christians. It's also noted for hot-air ballooning.

"You wake up at 5 in the morning, and the sky is filled with hot-air balloons," he said. "It's like a moving picture. I'd put that up there with seeing the Eiffel Tower sparkle at night as two of the most amazing things I've seen in my life."

Jackson's success in Turkey has raised his profile in international football circles, and he's hoping to play next season in Europe.

"I definitely plan on playing again," he said. "Being over there got me a lot of exposure, so now I'm looking at Italy, because I'd like to travel around Italy. I have heard a lot of good things about Spain, and they say Germany has the best competition.

"As long as I can keep playing the sport I love, I want to do it."